This guide will help you unlock the following:

Important: None of the DLC is required for unlocking Mio or anything else in these events! However, it can really speed up the process for those who have not progressed through the Campaign yet.

How to Unlock Mio and 2 Base-Game Events

To unlock the Minions of the Master event:

First you need to unlock QP, Suguri, Marc & Tomomo. To do this, you need to beat the Campaign episodes or use “character crates” (Purple square, which can be seen in the screenshot above) to unlock all 4 of these characters.

Alternatively, owning DLC 12 (a.k.a. Starter Character Voice Pack) and DLC 16 (a.k.a. Core Voice Pack 2) will unlock all 4 of these base-game characters automatically, without having to complete their Campaign episodes.

Once you have unlocked the last of the 4 characters (the order does not matter but it will probably be Tomomo) you will then need to play 1 online game in normal mode or co-op. After completing that game, the “Minions of the Master – Start” cutscene will play upon returning to the main menu, and it will unlock it in the gallery as well.

Important: This entire guide will require you to look for and/or watch these cutscenes in the gallery. To get there from the Main Menu, the pathway is Player Info > Gallery > Cutscenes.

Event 1: Minions of the Master

Now that you have watched and acquired the “Minions of the Master – Start” cutscene, you are ready to begin the event.

You need to play co-op mode for this entire event. I am almost certain you can do this one online, however I found it much faster to complete these battles in offline mode instead since you can use the fast-forward function.

Either way you choose, the objective is simply to defeat these 3 co-op bosses on any difficulty. Big the Haruo, M10 Robot, and Star Devourer. 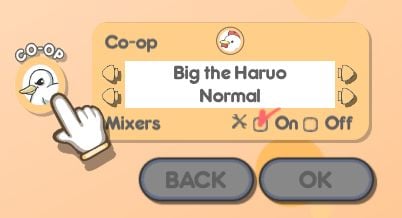 After defeating the last of the 3 bosses (the order does not matter), returning to the main menu will trigger another cutscene, the “Minions of the Master – Cleared” cutscene, which will also be added to your gallery. (If the cutscene did not play after you returned to the main menu, check the gallery in case you have it already)

Once you have viewed that cutscene, all of the Minions of the Master cosmetics will be unlocked in the in-game shop and no longer say “coming soon”!

Minions of the Master cosmetics: 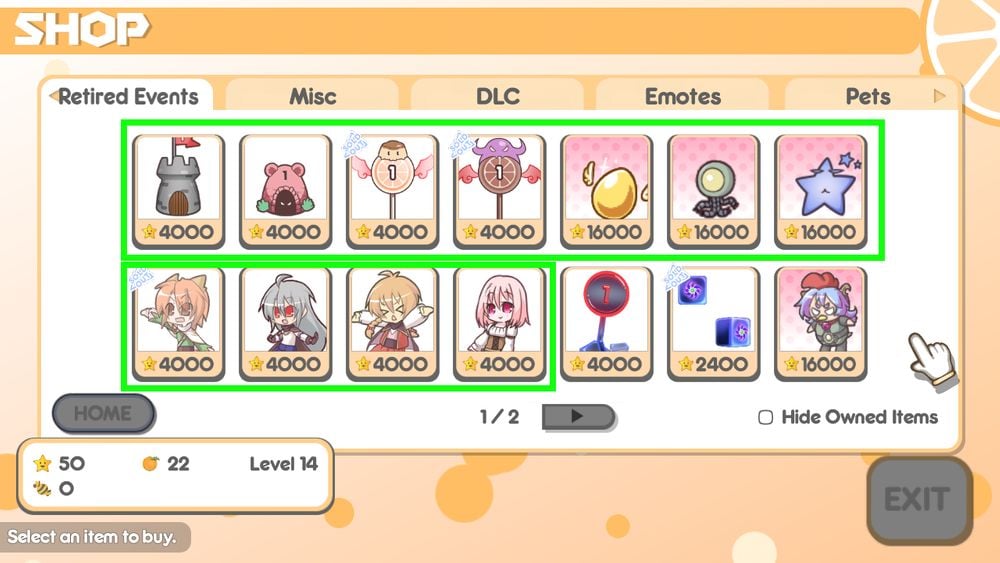 Event 2: Master of the Minions

Important: You must complete the entire Minions of the Master event before you start this one!

More importantly: None of the co-op games you played before this point will go towards the first step in this event – Fresh start!

Step 1: To begin this event and to get the “Master of the Minions – Start” cutscene, you will need to play 10 more co-op games on any difficulty. It does not matter if you win or lose these 10 games so I highly recommend playing these offline and using the fast-forward function if you are looking to get this step done quickly. After playing 10 games, returning to the main menu will trigger this first cutscene and unlock it in the gallery.

Step 2: Defeat RoPoChi on any difficulty (in co-op). I recommend offline, but it most likely works online. After defeating RoPoChi, you will see the second cutscene called “Master of the Minions – Interlude 1” upon returning to the main menu. Once again, it should be added to your gallery.

Step 3: Defeat RoPoChi again but this time on Hyper difficulty. For this one I highly recommend playing online co-op. If you just create a party in online co-op and name it “Hyper RoPoChi” or something, random people will most likely join to help within minutes (that’s how I did it).

After defeating RoPoChi on Hyper difficulty, returning to the menu will play the third cutscene called “Master of the Minions – Interlude 2”, and add it to you gallery.

☆This will also unlock “Mio’s Dark Citadel”, a Campaign mission in the “Extra” episodes.

☆Beating Mio’s Dark Citadel will unlock Mio, her voice pack, and the Dark Citadel board immediately with no need to be purchased from the shop!

Return to the main menu and (you guessed it) another cutscene will play! This is the “Master of the Minions – Cleared” cutscene and it will also be added to the gallery.

Once you have viewed that final cutscene cutscene, all of the Master of the Minions cosmetics will be unlocked in the in-game shop!

Master of the Minions cosmetics: