A guide on every achievement. With some tips on how to get a S Rank.

Unlock all achievements in Demon Slayer -Kimetsu no Yaiba- The Hinokami Chronicles.

Difficuly: 3/10
Duration: About 20-25 hrs
Missible: No. You can access every level in the game
Offline or Online achievements: Offline; Every achievements is offline doable.

EntrancedTrigger a Trance Memory
Probably the first achievement you will get. A Trance Memory is triggered during/after the FInal Clash (the Quick Time Event) in a battle

To get an S-Rank in a Chapter you have to finish every battle with an S.
Fortunately the game offers the option to jump right into the battle and exit out of the Game once we got our Rank, so you dont have to watch everything again.
The special missions do count towards the Rank. Both difficuties; Normal and Hard.

The game is quite generous in giving you an S-Rank especially in the early stages of the game (Prologue to chapter 4). However, the last chapters are a bit more annoying.
For the Storyfights I would recommend just taking your time and finishing the battles with quite a lot of health remaining. Particularly Chapter 8.
If you are still struggling, to figure out when to fight and when to dodge. Dont rush things and take your time. Try to remember their attacks and find an opening. Also make use of the practice mode to get a good feeling for your combos. 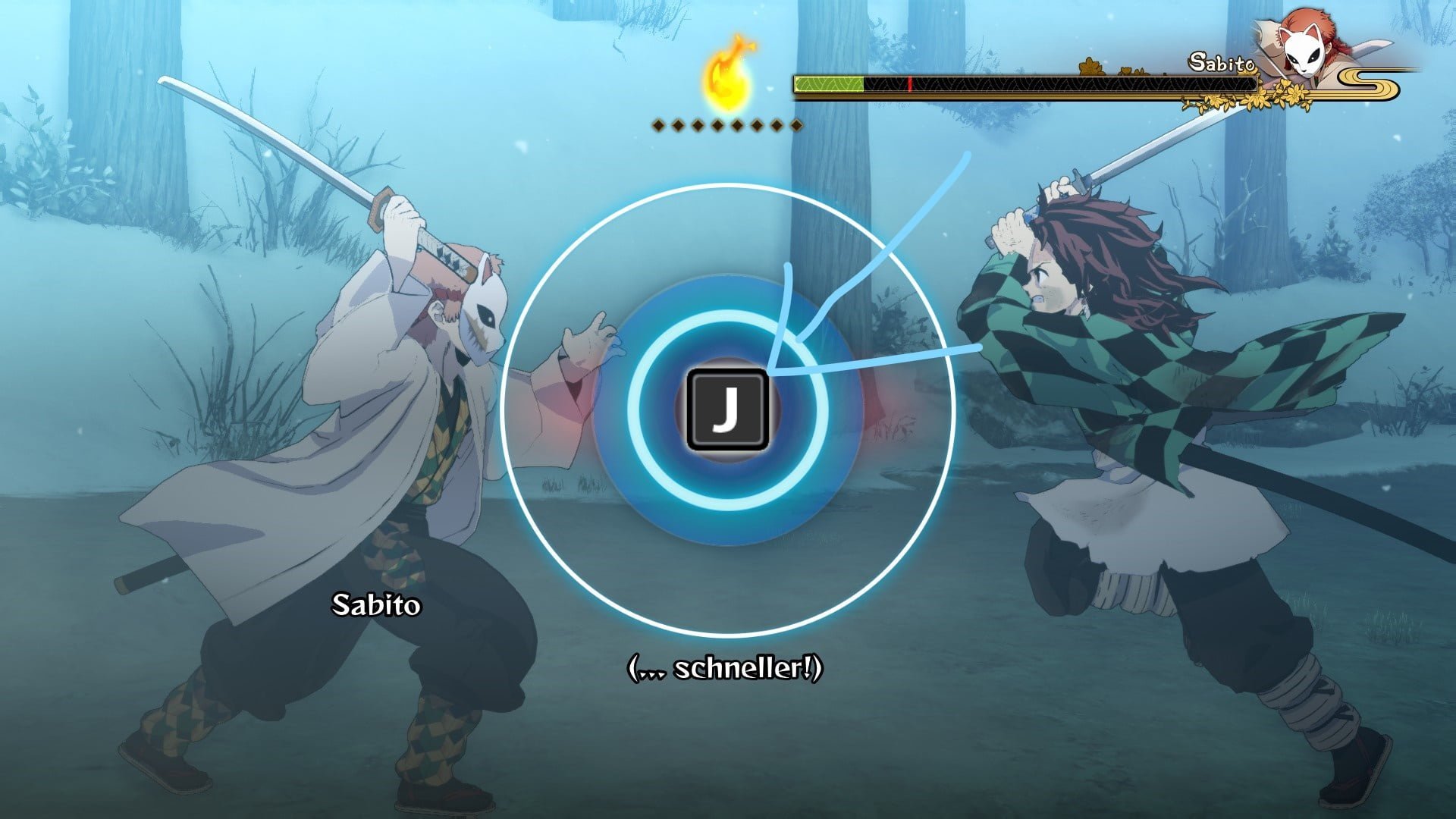 For the Special MIisions you should focus on finishing the battle quickly and with a lot of health (above 90%) remaining. That will grant you a ton of ranking points. All of them are quite easy to combo. And once they fall down wait for them to get up and just engange a combo again and again until he reaches his desperate mode. You should also make use of your partner skills as much as you can even if you dont enage the fight. 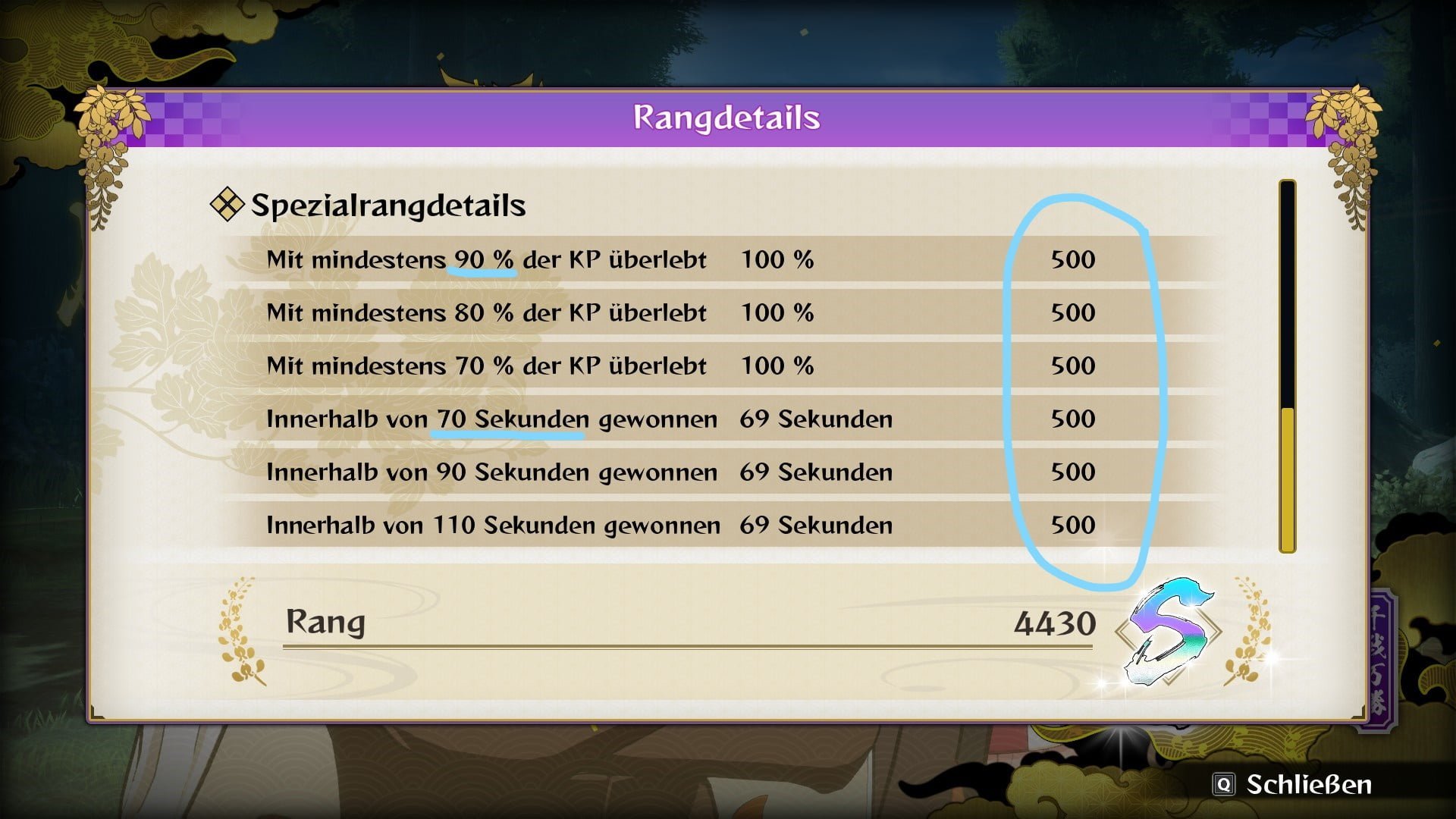 Also using your boost and/or finish with ultimate, getting a high combo-count, switching with your partner will grant you a good boost of points.
The “Ranking Information” will give you a good review on how you did. 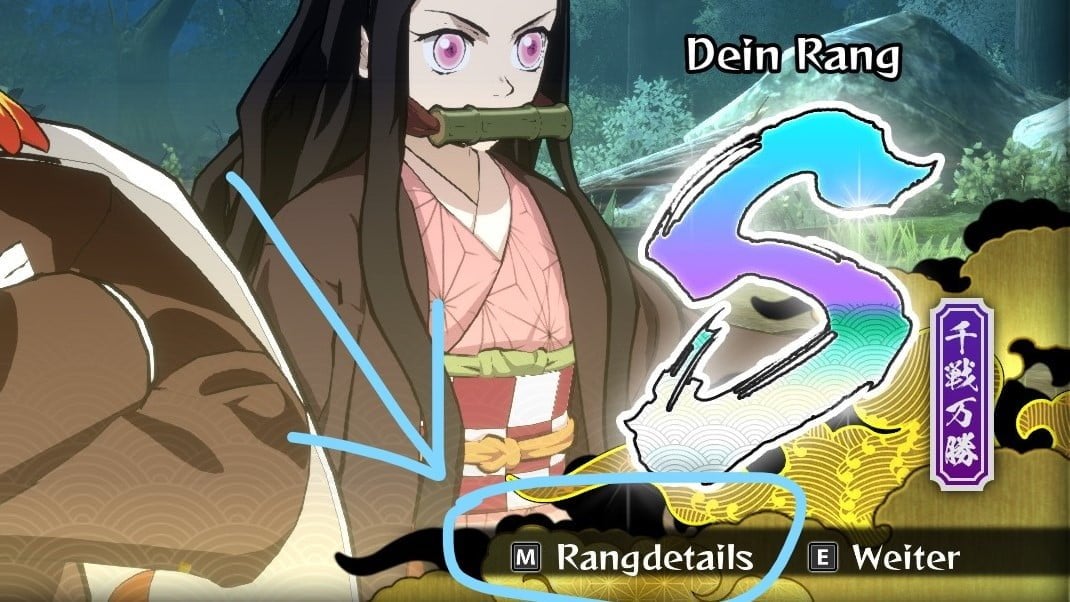 Chapter 6 and 7 have no real battles except for the special missions. You still have to get both minigames on both difficulties on a S ranks in chapter 7.

Special missions are those: 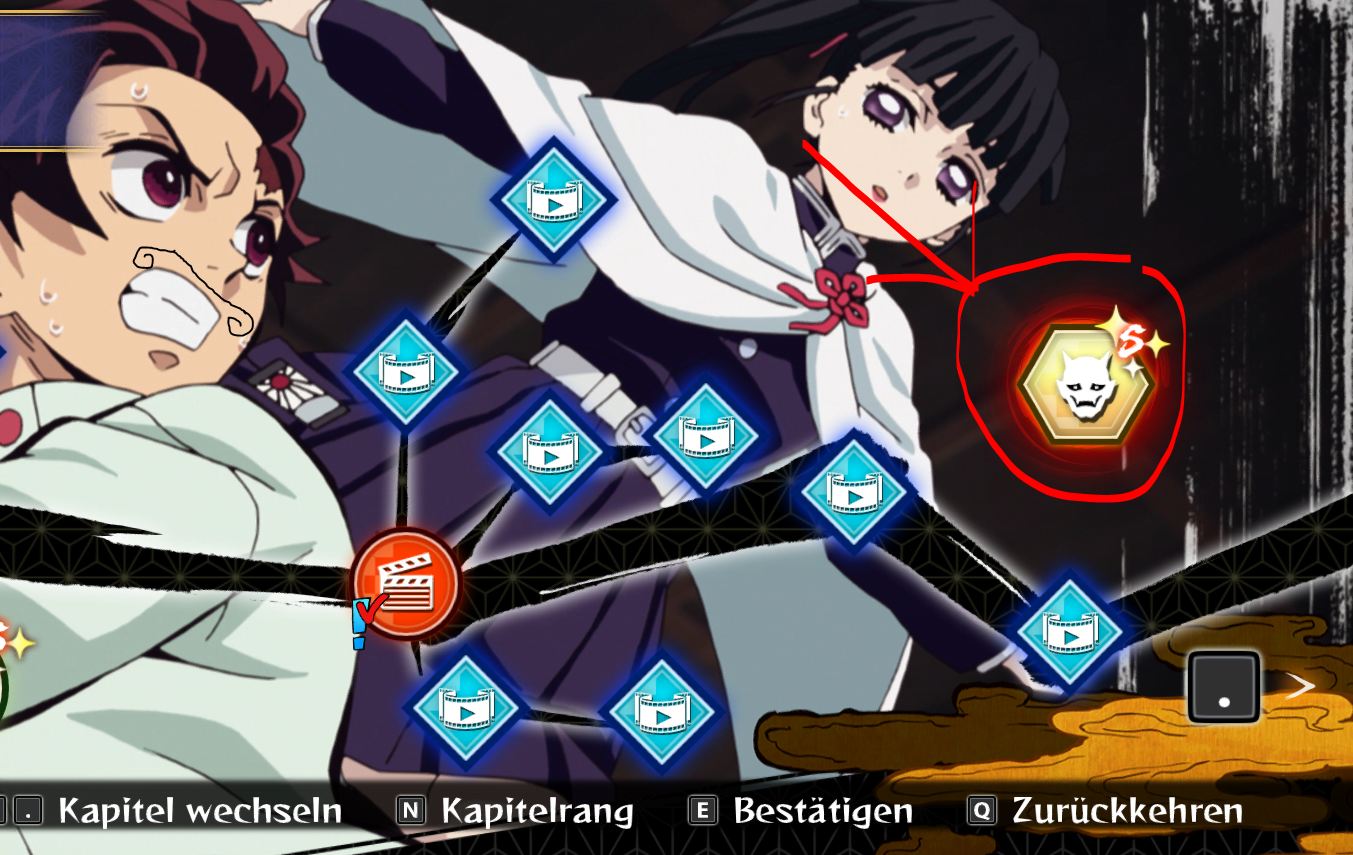 I’m On ItClear a special mission for the first time

Smashing GourdsClear Gourd Breaker in Chapter 7: The Butterfly Mansion for the first time.

A Lotta Hot AirEarn an S rank in the Gourd Breaker minigame on normal difficulty.

(Don’t) Spill the TeaClear Tea Splasher in Chapter 7: The Butterfly Mansion for the first time.

In Too SteepEarn an S rank in the Tea Splasher minigame on normal difficulty.

Desperate Mode:
Dont try to rush things here. Try to dodge and remain calm. Once the mode is over dash in and attack.
4-Thread-Attack:

There Can Only Be OnePlay VS Mode for the first time.
Play either online or offline. Doesn’t matter

A Taste for CompetitionWin in VS Mode for the first time.
Win a match either online or offline. Doesn’t matter

Ultimate FinishGet an Ultimate Art Finish in VS Mode.
Finish the enemy with your Ultimate. It consumes one skillcounter and can be blocked or dodged. 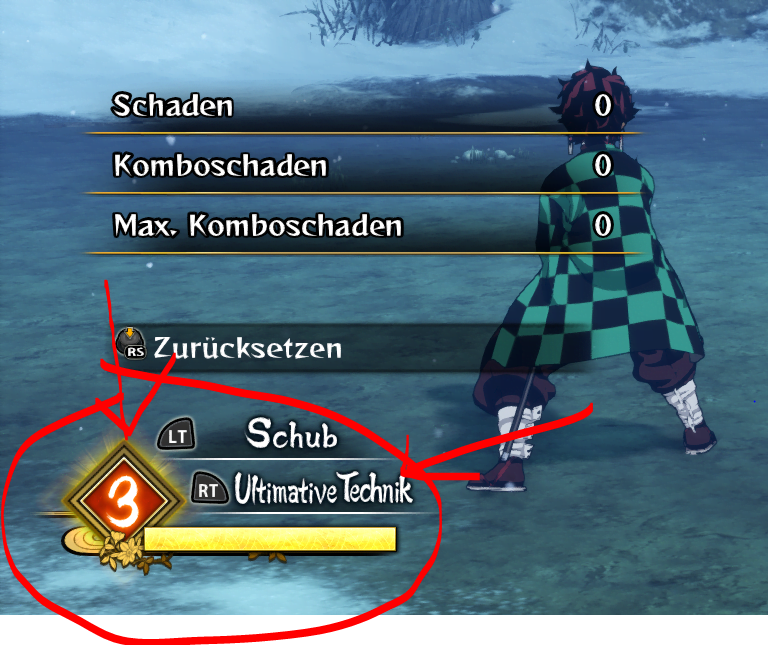 Combo No. 25Get a 25-hit combo in VS Mode.
Getting a 25-hit combo is easier than it sounds since ultimates do count towards the hit counter. Just engage a normal combo and hit the enemy with an ultimate.
Even without ultimate you can get 30+ with Inosuke.

Perfect RecordWin in VS Mode without losing a single round.
The easiest way to get the achievement is to set the total round count from default 3 to 1 in the vs-mode settings. Win a match just with this one round and you got the achievement.

On Second Thought…Perform an Emergency Escape in VS Mode.
Your partner can save you with during a comby by your enemy. Once the enemy got you in his/her combo just press your supportskill and your parther will save you. This will consume all of your support points.

Practice Makes PerfectPlay Practice mode.
Once you have entered a “battle” in practice mode you will get this achievement.

One of a KindCustomize your Slayer ID.
Your Slayer ID can be customized under “VS-Mode -> Slayer ID -> Profile or Quote. Just pick whatever and the achievement will pop

Training-Mode is a mode where you choose an Instructor (For example Nezuko) and you battle her while doing small challenges like (do a 10-combo).
You cant jump to rank 10 from the get go which means that you have to clear 10 different characters up to rank 10. For the achievements you dont have to actually do the challenges since you clear the rank even if you dont do one of them. You still have to win though.

A Fast LearnerClear a Rank 1 challenge in Training.

The Student Becomes The MasterClear a Rank 10 challenge in Training.

You will get these just by getting every chapter on S anyway. So no further words needed:

No Panel UnturnedUnlock every panel of a single reward board.

You get this achievement by simply getting any chapter to Rank S. To make it pop go to “Rewards” in the main menu. It will pop once every panel in that particular Chapter is done. You can also spend Kimetsu Points to open a panel.

Congratulations! You got every achievement in Demon Slayer!

Here is also the image of the thumbnail 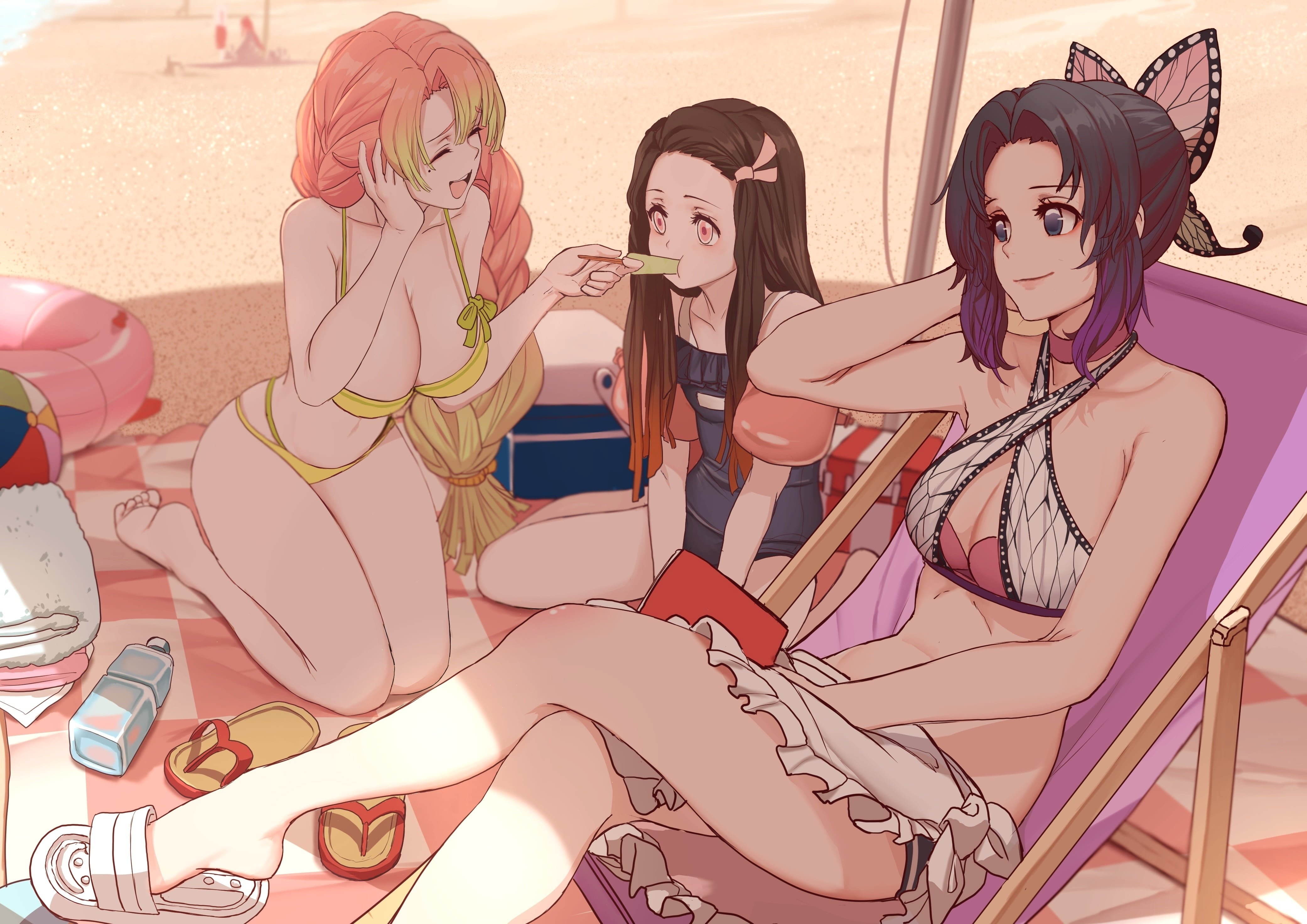