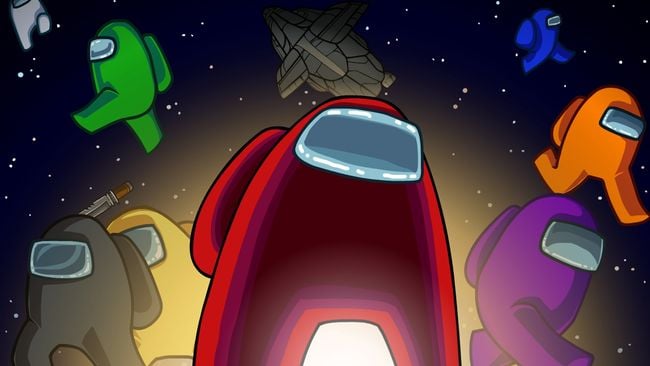 Home » Guides » Among Us Tips and Tricks for Beginners

After way too many hours of Among Us, you start to notice the smaller things that can help you deduce who is innocent and suspicious, or come off as innocent. Most of this guide will be about the flow of information during meetings and what to do with it, but will include a glossary of small tips that are not well known.

Normally it would be nice to assume that all participants are completely rational and self serving, but I’ll provide some leeway here and there to substantiate.

I will be assuming that you are in a voice channel and there are 2 imposters.

Among Us Tips and Tricks for Beginners

The first stage of every meeting, and arguably the most important. This will mostly include how crewmates should approach this (considering economically them winning benefits the most people), however there will be interjections for what imposter’s should do.

Although not perfect, information distribution should look around:

As Imposter, even if you think you’ve been caught, hold onto your word as crewmate vision might save you. Although get ready to flip the script whenever.

a. They were last seen with the killed person.

b. They had just reached the location of the body very early into the round.

c. Their pathing is unusual (a loop back around, not double backing).

d. They were caught lying.

As imposter, you want to avoid this as much as you can so you can align your information with crewmates. Flip the script by asking other people what you were asked that were also potentially in the area with faulty reasoning, such as ‘I’m pretty sure x faked a task, so where were you actually?’, etc.

Note who doesn’t talk and those with the least information on them. Confirmation bias can really mess you up here.

As imposter, lobbies will tend to treat information from those who have died as absolutely true. Before getting to this point, you can muddy up the waters by asking whether or not they actually had said that, provide information from the points later on in order to distort evidence, provide crappy reasoning, etc.

Probably the hardest part during meetings, as going down a slippery slope with 1 wrong assumption could end with the demise of crewmates.

At the end of the day, each player needs to evaluate for themselves whether or not the conclusions that are found are valid or not, but here’s a general process to go through when attempting to figure out who the imposter is. Avoid logical fallacies when you can.

**Really this whole section comes down to using your head and listing out all possibilities. Take it slow and methodically, and especially listen. You aren’t all-seeing/all-knowing. Bad information does get given out.

1. Deduction
It’s pretty safe to assume that all information is valid at the start (with the exception of the sudden death round), since most imposters will be afraid to claim since they aren’t all-seeing. Generally the imposter’s contributions will come in the form of ‘I was with x/y’ in order to make themselves appear clear but positioning matters much more. This is counteracted by the second imposter most of the time being able to claim so their teammate is ‘accounted’ for, but normally at the start of the game this rarely happens since most lobbies are incapable of pushing through so much information fast enough.

Normally, this results in ~ 2-4 people being suspects for the kill, but note those who seriously defend themselves. Since losing a crewmate is not as significant as losing an imposter (imposter needs 1 more kill to achieve victory and loses 1/2 kill potential), most imposters will vigorously defend themselves if inept. Otherwise, they will align themselves with currently available information in order to clear themselves, which is why withholding information is sometimes important to prevent confirmation bias. Crewmates will tend to provide other lines of logic and remember what the others have said if their fellow crewmates end up dead. (see stage 2 of information distribution)

2. Abduction
Combining unconfirmable information and confirmed information can sometimes lead towards a specific person. While stronger than induction, this should still be held lightly since imposters may take up this opportunity to frame, but regardless it should put them very high on the suspicion list.

ex. Positioning during death
x dies near y and z, y sees z
y dies the next round, and because he has died he is innocent
since imposters will generally be around a body when a kill happens, and the only suspect left is z

3. Induction
Based on the information presented (and if on death round, previous rounds), your goal is generally to see which person’s have a pattern of suspicious behavior/safe behavior. I would argue that movement doesn’t count as much, but when information is lacking there isn’t really much you can do. Give points individually to each point of previous information made that makes a person safe, and subtract when someone is acting suspicious. However, be careful of being gish galloped and falling under confirmation bias.

ex. 2 people always clearing each other/1 person always alone, taskbar reading, etc.
x, y, and z are all alive with 1 imposter left
x was seen doing a task, taskbar went up
y is nowhere to be seen during the last 2-3 rounds
z was accounted for the previous 2-3 rounds during kills
based off evidence, you can infer that x and z are innocent and y is imposter.

Meetings are effectively useless if players do not vote. While each game will have it’s nuances, here are some factors you can take into consideration before pushing for the final vote.

Assuming you know the main core features of the game, here are some tips that will help your gameplay. This might get expanded into a comprehensive guide, but we’ll see what happens.

I might update this as needed, but this should cover a good portion of high level gameplay.