Apex Legends is a lot like most battle royale games. You drop from the sky onto an island, sweep the floor for weapons and gear, and scramble to stay inside a series of ever-shrinking circles pressing 60 people towards inevitable conflict. But Apex Legends is also the product of the genre’s failures so far, a patient and refined response that makes for the most accessible, uncompromising battle royale experience yet.

In this section we’ve outlined the core Xbox One controller settings which are easily transferred to PlayStation 4 if you’re playing on that console instead.

Here’s an easy to reference snapshot of the default Xbox controller settings, which you can click or tap on to enlarge. Note that you can make use of some special alternative settings which you’ll find just below the image itself.

Every control option on the Xbox One version of Apex Legends. 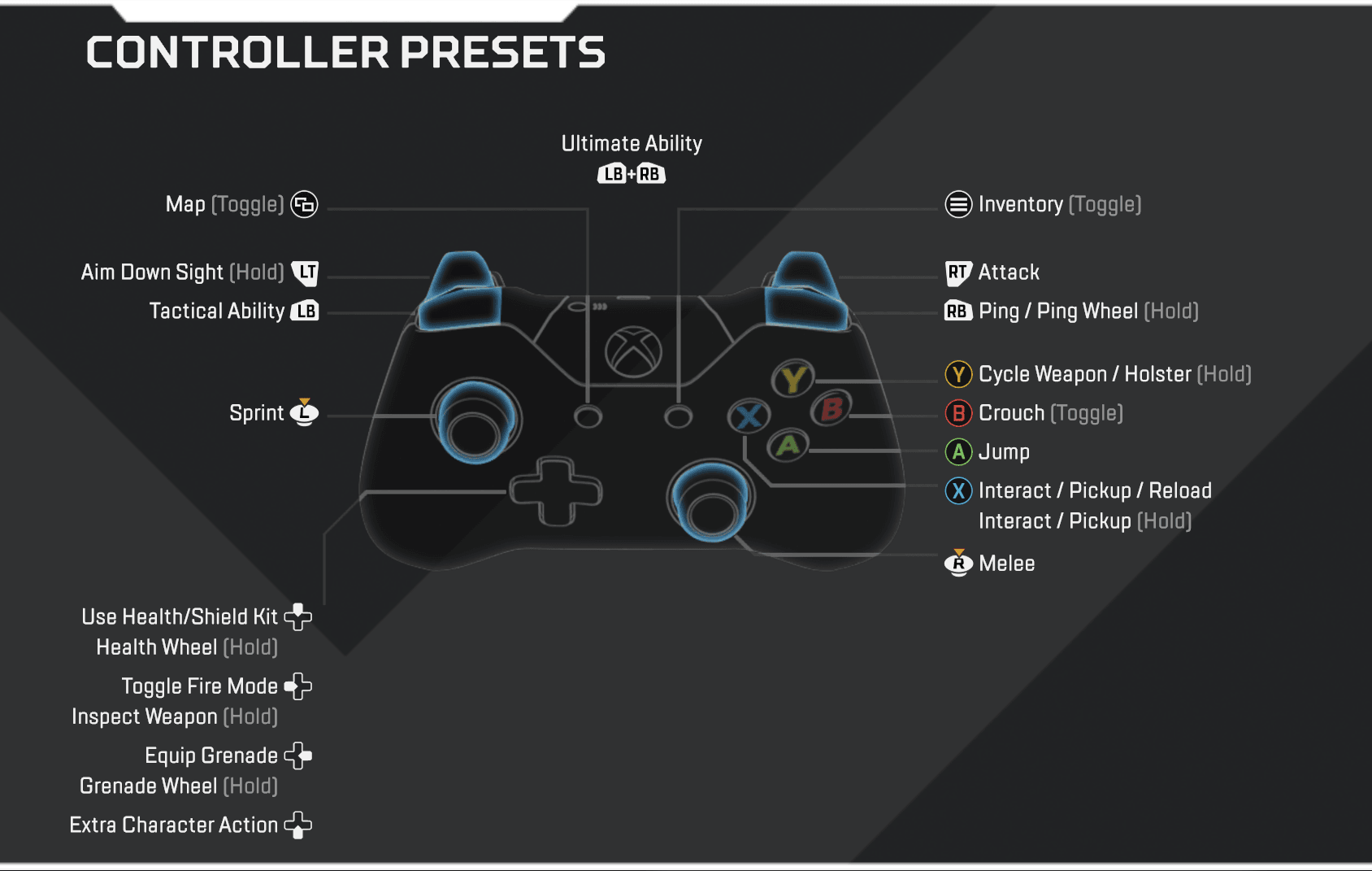