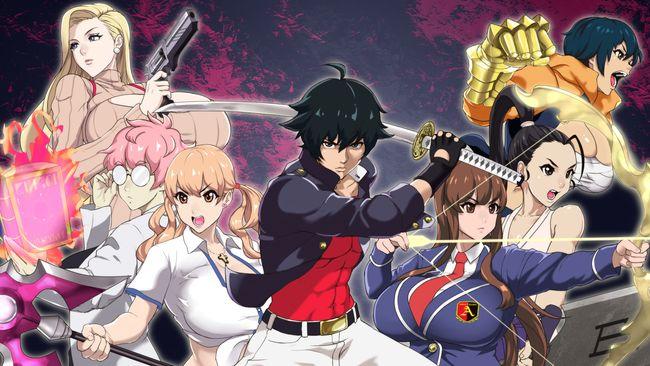 These are mostly for while I write the actual body of the guide, for people who are playing it right away.

Opening
This part’s pretty straightforward. Once Rei wakes up, check the dresser in his room for a Band-aid, then walk out, talk to Akari, and head out the door, down the elevator, and then to the right along the street to go to school.

After a few cutscenes, you’ll get the ability to control Rei again, and should check out the left side of the room for Trouble Quest #1, delivering a love letter. The person you’re looking for is one map to the left once you get out into the hallway. Return to the girl with a Q over her head for an Energy Drink. Afterwards, head to the north and down the stairs to the ground floor of the school, where you’ll have to make a choice between either going to the Teacher’s Lounge or to the vending machines.

Teacher’s Lounge
Just watch the cutscenes and enjoy. Will get you the scene “With Mikoto in the Locker…” and, if you don’t pick the insensitive answer afterwards, you’ll get another scene near the end of the game, as well as the possibility of getting an ending with Mikoto Hiiragi.

Vending Machines
Just watch the cutscenes again, but this time there’s a fight after them. Just attacking repeatedly will get you the win, but if you were to use the “Give Up” item or just defend until you lost, you’d get the scene “Gang R-pe Behind the Gymnasium”. If you win, on the other hand, you’ll get another scene near the end of the game, as well as the possibility of getting an ending with Izumi Satou.

Opening, Continued
A lot of cutscenes punctuated with a few story battles. The outcome of these is fixed, so just win or lose or have them end early as appropriate. Near the end, you’ll get the scene “Nana’s Examination” and Akari will ask you a question. If you lie to her, your relationship with Akari will go up by one, while there’s no changes if you tell her the truth.

Once you finally get control of Rei again, leave the room you’re in and the small hallway after that, then head to the room across the way on the right and check the cabinet on the left for a Smelling Salts. Return to the main hallway and enter the central Control Room for yet more cutscenes, and then the first dungeon of the game.

Boss: Arwassa
HP: 3500 / Resistances: Flying / Weakness: Wind
Also straightforward. Keep Rei in Berserk status when possible and use Swallow Dance when you have the TP, have Akari keep everyone healed.

Opening, Conclusion
Enjoy yet more cutscenes and the scene “Satsuki Changing Clothes”. At the end, you’ll be given some basic illuminas, which are the equipment of this game.

May 19
The first actual listed day of the game! All you can do this evening is explore your new house and either have a relationship event with one of the girls (for 2 WP) or sleep (and gain 1 WP), though. Since the relationship events from this night are unique, I recommend seeing the one for your favorite girl instead of just going to sleep.

Relationship events all work mostly similarly – a cutscene during which you’re asked a question. Picking the right answer will get you +1 relationship, picking the other answer won’t.

Akari Kinoshita – “I think so too.”
Konoha Jinguuji – “You’re amazing too, Konoha!”
Satsuki Saijou – “Getting angry all the time will ruin your cute face”
Remy – I’ll drink. (Also gives the scene “Titf-ck Bl-wjob from Remy”)
Kenshin Takeda – “Hell yeah! Let’s do this.” (Also gives +3 attack/defense on Rei permanently.)
Nanashiro Nana – Give up (Also gives an illumina, Blessing of Endurance)

May 20
Say you slept well last night when Kenshin asks, for +10 max HP. Afterwards, you’ll get a lot of cutscenes. When you get the option, tell Akari to talk about her hobbies for +1 relationship with her. Introduce yourself the dumb way for an illumina, Unbreakable Spriit.

Finally, you’ll get your first opportunity to take classes. Taking a class gives you a minor stat bonus, and if you take a single class (or sleep) five or ten times, you’ll get an illumina.

Then it’s time for yet more cutscenes, before you’re dumped into your second dungeon… 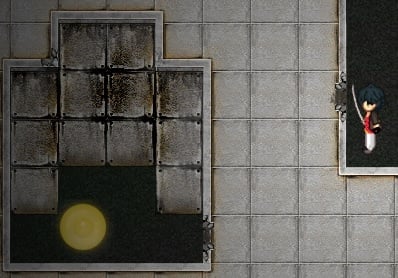 Fairly straightforward. Starts off named Vohu Manah with 3500 HP, as soon as it’s below half it transforms into Aka Manah with 5000 HP and starts getting two attacks per turn. Make sure to keep everyone healed and just keep hitting it with Rei’s Swallow Dance and everyone else’s basic TP skills when possible.

May 21
The day starts with another school lesson. You should probably keep picking the same thing until you get the Illumina you want out of it. Afterwards, it’s time for the first free-roaming period in the game, where you can complete quests, see relationship events for various girls, bug random NPCs, and buy items. In general, whenever you’re done with a free-roaming period, you can return to Squad Six’s house to end it, and there are fortunetellers on the first map of Canaan Paradise, pictured here: 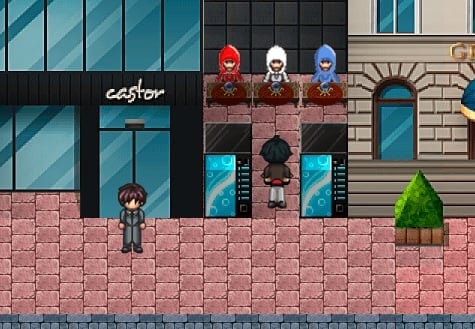 On this free-roam period, however, you’ll need to head north to the arcade in the second map of Canaan Paradise and save the otaku Mitsuo from some delinquents before you can return to your house. If you pick “To take them on.” you’ll end up making friends with the delinquents, which is required for a sidequest later, as well as the illumina “Delinquent”. Both of them let you proceed with the plot, though.

Afterwards, head back to Squad Six’s house and you’ll be met by Satsuki, who tells you a new tear has opened. Respond with “That’s what I was gonna say.” when you get the chance for +1 relationship with her, then head to the new area on the map and interact wtih the tear.

Head up the hill and to the right first for a cave with some orbs, then back and to the left for yet another orb, before returning to the first map and heading up. Then just follow the path to your destination.

Can be a bit annoying since it will paralyze your party members, and neither Rei nor Satsuki is good at fixing that. Use Concentrated Milk if it happens, but otherwise just use Swallow Dance while buffed, as usual.

May 21, Continued
After a lot of cutscenes, you’ll be heading out to the harbor with Akari and Remy. As soon as you get there, there will be some more cutscenes, leading to another boss fight.

Make sure you check inside all the smaller buildings on the first floor, as well as heading right before going up the stairs towards the second floor, as seen here: 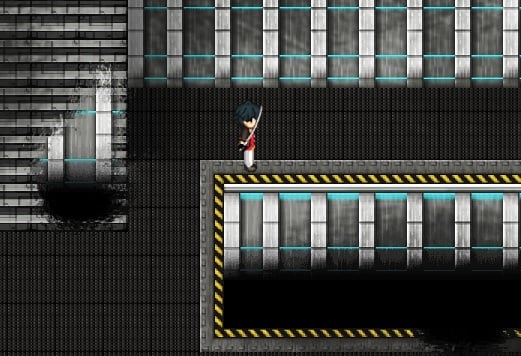 Once you reach the second floor, it’s a bit of a maze. Make sure you grab all the orbs before reaching the Magna Adona in the lower right corner.

It gets up to three turns per turn, so it can put out a lot of damage. Make sure everyone is healed, and do the standard bit of buffing Rei and using Swallow Dance. Note that Remy’s Piercing Shot does less damage than her basic attack, so you probably shouldn’t use that.

Afterwards, there will be a bunch of cutscenes and you’ll meet Squad One, and then chapter 1 will be done.

Rei Yagami
The protagonist. Can be renamed.

Satsuki Saijou
The tsundere. Kind of generically okay in combat.

Konoha Jinguuji
The musclehead and best girl, as measured by violence.

Seeing Konoha’s third event unlocks the martial arts club clubroom. You can visit this multiple times on different days. Your first visit will get Rei +5 attack and defense permanently.

Remy
The mysterious and loose girl. You only start getting to use her in the story in the latter half of the game, though. She has a game-breaking combination, but you only get it at the very end of the game.

Kenshin Takeda
The samurai girl. Really strong, but you only start getting to use her in the story in the latter half of the game.

Nana Nanashiro
The mad scientist. Has some very useful abilities, but you only start getting to use her in the story in the latter half of the game, and she has some notable issues with how squishy she is by the end. Also the only real magic instead of physical attacker you get.

Basically, all the people you can sleep with who don’t join your party.

Mikoto Hiiragi
Visit the teachers’ lounge instead of the vending machine during the opening of the game, then choose “See you tomorrow” instead of talking about hamburgers. During Chapter 7, you’ll get another scene with her and her ending will be unlocked.

Izumi Satou
Visit the vending machine instead of the teachers’ lounge during the opening of the game, then save her from getting assaulted. During Chapter 7, you’ll get another scene with her and her ending will be unlocked.

Wakana Sugimoto
Her only scene is part of the story. Sleeping with her during free-roam is unlocked on ?/?.

Natsuki Miura
Near the start of Chapter 3, you’ll get a choice to either hang out with the girls you’re forming a band with after practice, or head back alone. If you head back alone, you’ll unlock Natsuki’s events as a possible way to end free-roaming periods instead of. If you see them at every opportunity, you’ll get her scene, unlock the ability to sleep with her during free-roam on ?/?, and be able to get her ending.

Mika Kudou
Immediately after Natsuki’s first event, head north and check out the right side of the red light district. Keep following up on this over the next few days and you’ll get a unique boss fight and her scene, as well as unlocking the ability to sleep with her during free-roam on ?/? and being able to see her ending.

Fairly straightforward introduction to sidequests. Head out of the classroom and one map left, deliver the letter to Asuka’s crush, and then return to her.

Go to the Teachers’ Lounge and talk to Mister Macho Man, who will tell you about a shady peddler in the red light district in Canaan Paradise. He’ll sell the diet pills for 10000 yen. Return to Classroom 3-B with them and give them to Mami. If you tell her how much they cost, she’ll give you 20000 yen, otherwise you’ll get 1 WP.

While you can get this quest early on, you can’t make any progress on it until Chapter 5 or so, and only if you’ve seen Mika’s first two events.

Despite his saying he needs a drink to wake him up, what he actually needs is something that will revive him from the dead, Smelling Salts. If you don’t have one, they can be bought at the convenience store Seven Mart in Canaan Paradise for 1500 yen.

#8 – The man wants to burn! Up the heat!!
Location: Canaan Tower Observation Deck
Available from: 5/21
Available until: The last free-roam period.
Reward: 1 WP

Give him a Hot Injection. If you don’t have one, they can be bought at the Black Magic Shop in Canaan Paradise for 3000 yen.

#11 – Find the dropped wallet!
The first thing you’re looking for is in the courtyard.
The second one is in the lower right of the cafeteria.

The three charms can be found in orbs in early-game Megiddos – the first in Megiddo Dalet, the remaining two in Megiddo ???, but they also appear randomly in boxes in Megiddo Quest, if you miss them.

#15 – Find US Army binoculars for Keiji!

Not listed as a Trouble Quest, but he has a Q mark over his head, so whatever. The correct answers are “Red”, “Cross”, and “Saijou”, though you can try to answer correctly as many times as you want.