Assassin’s Creed Odyssey – An Eye for an Eye Walkthrough

An Eye for an Eye Walkthrough 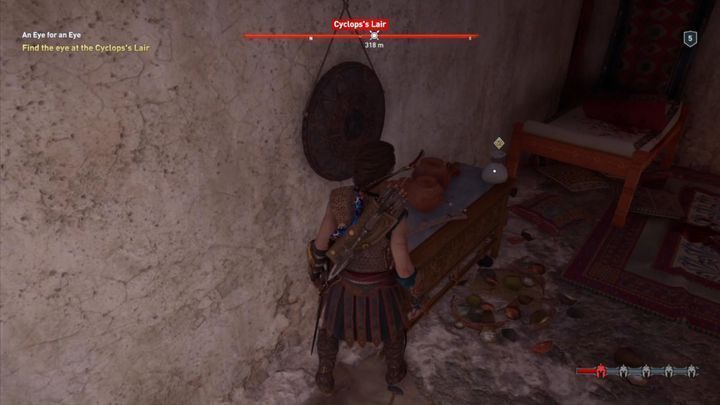 Go to Marcos and talk to the man. You will learn of his bald plan of stealing Cyclop’s eye. You have to reach the Cyclop’s hideout – it’s in the Cursed Valley of Pali, around the middle of the location. The area is well protected, so try to sneak as much as you can. Reach one of the huts and take the eye. Go back to Marcos – you will have to fight some enemies. After the fight, talk to the man, and the mission will end. You will get +1875 XP. 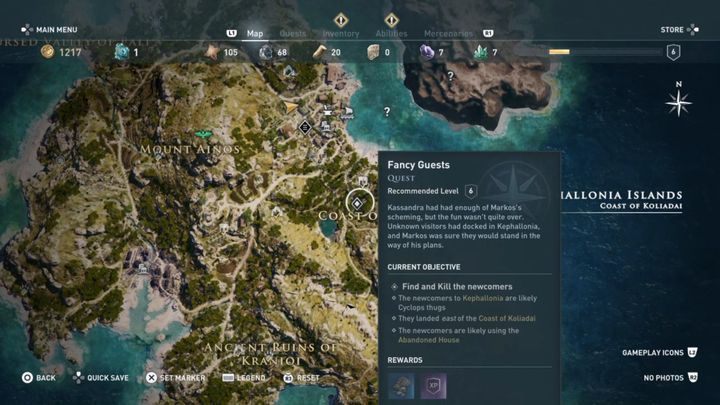 Go to the abandoned house. The task is to eliminate a group of enemies. The best idea is to surprise them – attack quietly and fight anyone, who survives. After the fight, talk to Elpenor – you will get +1700 XP. 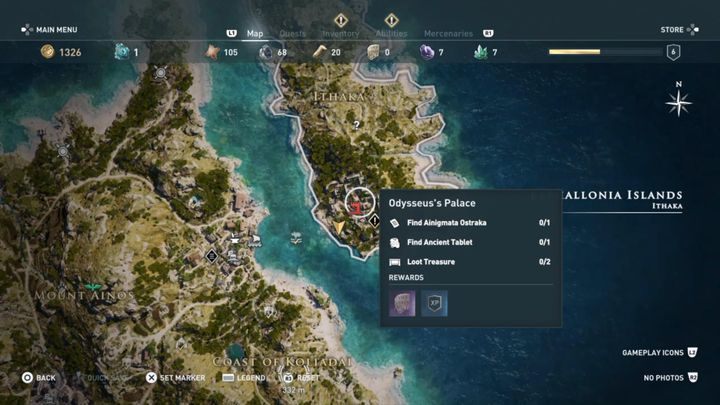 Swim to the boat and go to Ithaka, the island near the Kephallonia Islands. You have to reach the Odysseus Palace. The place is swarming with enemies, so make sure you proceed with caution. Use stealth. Fight the enemies. You can find the Shroud of Penelope near the corpse of Kritobulos, the captain. Go back to Elpenor, who this time is in the Shrine of Zeus. After the conversation, the mission will end and You will get +2125 XP. 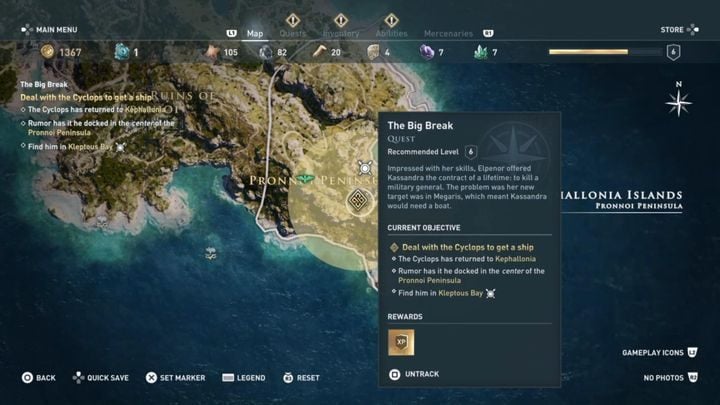 This is a pretty difficult quest, which is the last one in the first location of the game. We recommend reaching level 7 before attempting the quest, in order to be able to defeat Cyclops and his henchmen. 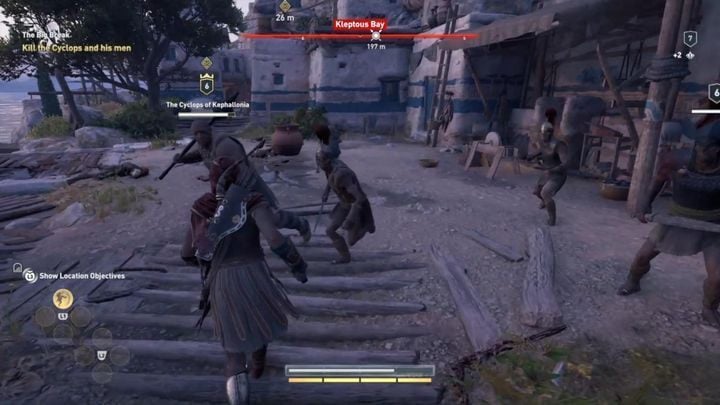 Go to the docks and talk to the shipbuilder. You have to get to the coast and end Cyclop’s miserable existence. Reach the place, and after a cut-scene, the duel will begin.

The fight might be problematic, as you will be greatly outnumbered. You should be at least on level 7 and have some decent gear. Leave the Cyclops for the end – he’s slow; take care of his henchmen first.

After the fight, save the hostage and search Cyclope’s corpse. Follow Barnabas into safety and talk to him. The man will offer you help in completing the crew of the ship. Go back to Sami, then to the docks and set off with the man. After the cut-scenes, the mission will finish, and you will get +2375 XP.