How to start: Speak with the tailor. 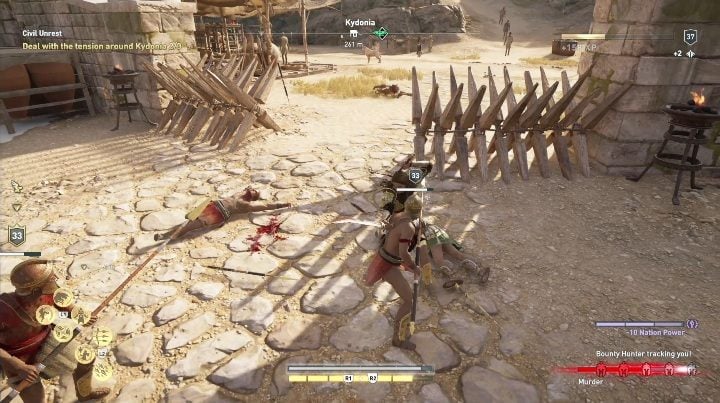 In Little Egypt, a man tells that the guards and merchants are at each other’s throats. He offers gems as a reward. Head to the areas he says and quell the unrest. If you ask the rioting crowd bullying a guard’s family to stop, they’ll think you were paid off and put a bounty on your head. You’ll also get a choice with smashing a merchant’s pots or killing guards. Once you’ve quelled all three incidents, return to the man who we find lying dead with a note. The note is from Diokles who wants to settle this in a courtyard. Head there and kill him and his men for the gems.