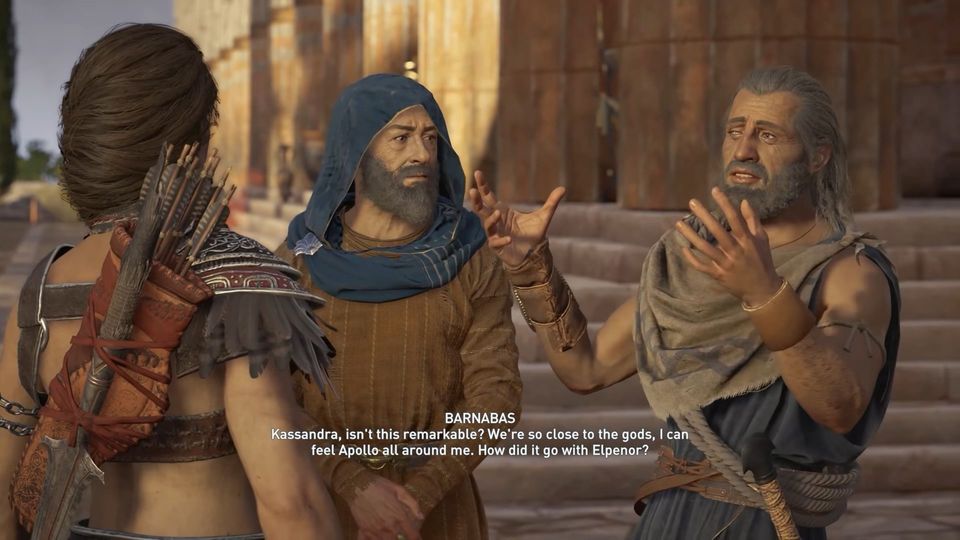 In Phokis, to the northeast of the place of the battle with Elpenor’s bodyguards, there’s a city of Delphi. There, Barnabas together with another crucial character for the Odyssey storyline wait for the protagonist. Go to the temple of Apollo where the Pythia spends her workday. 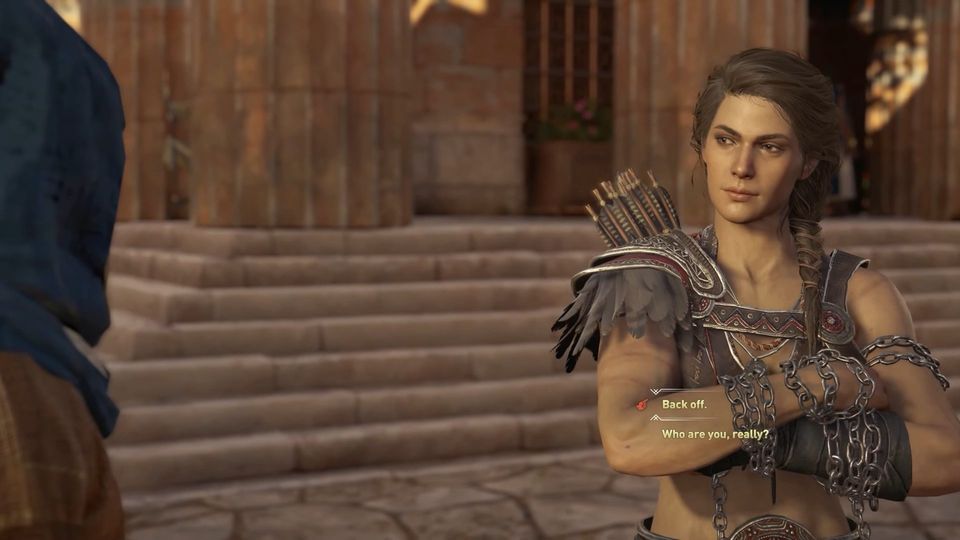 Barnabas and a mysterious pilgrim meet Alexios/Kassandra on the way to the building. The traveler is extremely interested in the fragment of Leonidas’ spear that the main character carries with him. Scare off the stranger or ask him to introduce himself. 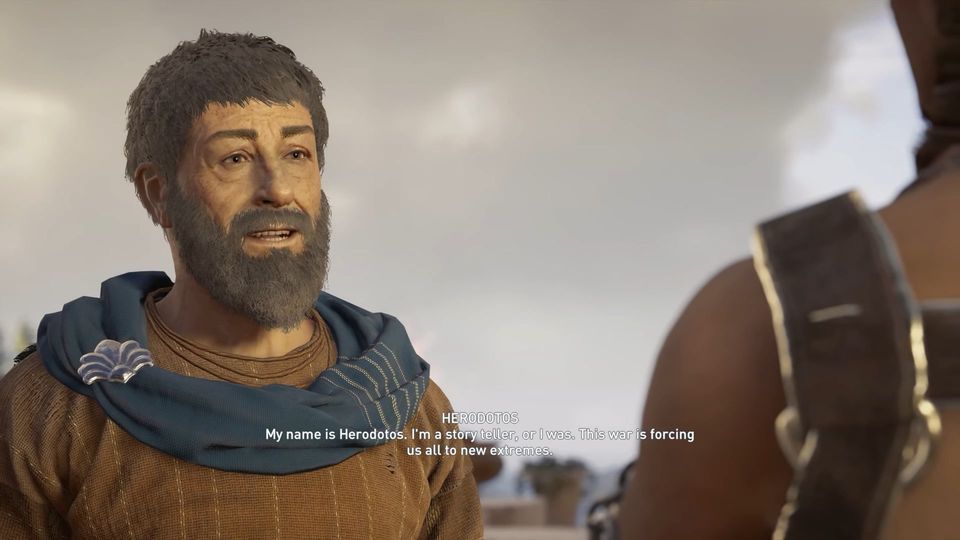 Whatever you choose, you’ll learn that the protagonist is met by Herodotus – an ancient Greek historian, whose work is the basis of Layla Hassan’s genetic research in the modern world. Ask the scientist about the situation in the city – the number of guards is increasing, the share of politics in Pythia’s predictions is increasing as well. 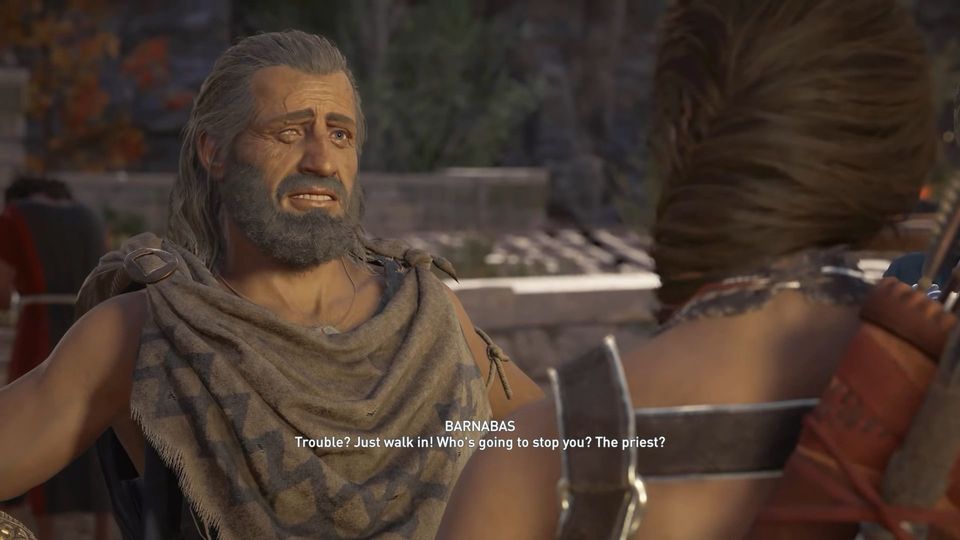 There is a huge queue at the entrance to the temple, but Barnabas will advise Alexios/Kassandra to ignore other people and just go inside. Who can stop such a mighty warrior – a weak priest? The ‘’doorman’’ will not be able to confront the main character and will let you inside. 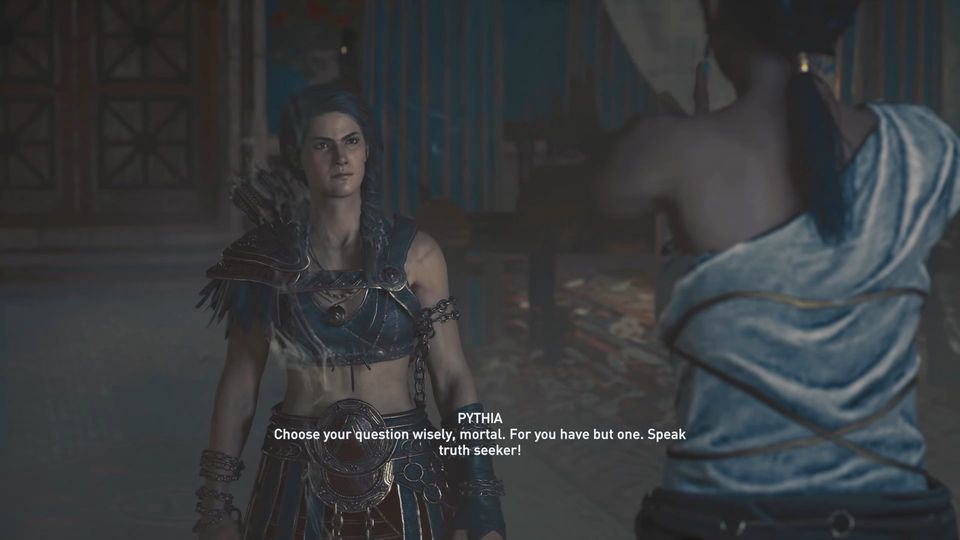 As soon as the protagonist enters the building, the Pythia tells him that he has a right to ask only one question. You will not get an answer no matter what you ask, but you will learn several interesting things. First, the Oracle knows about a child that was thrown from a Spartan rock – a promising start. 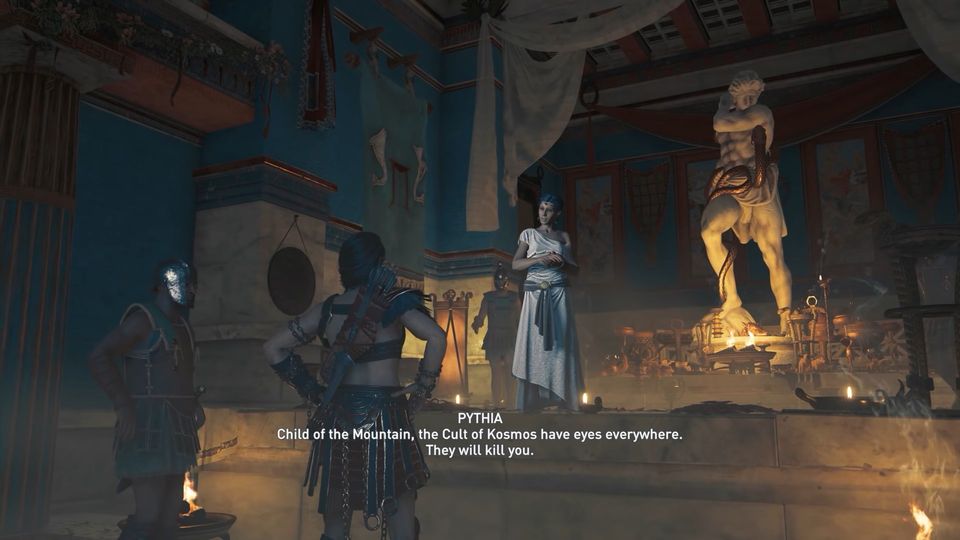 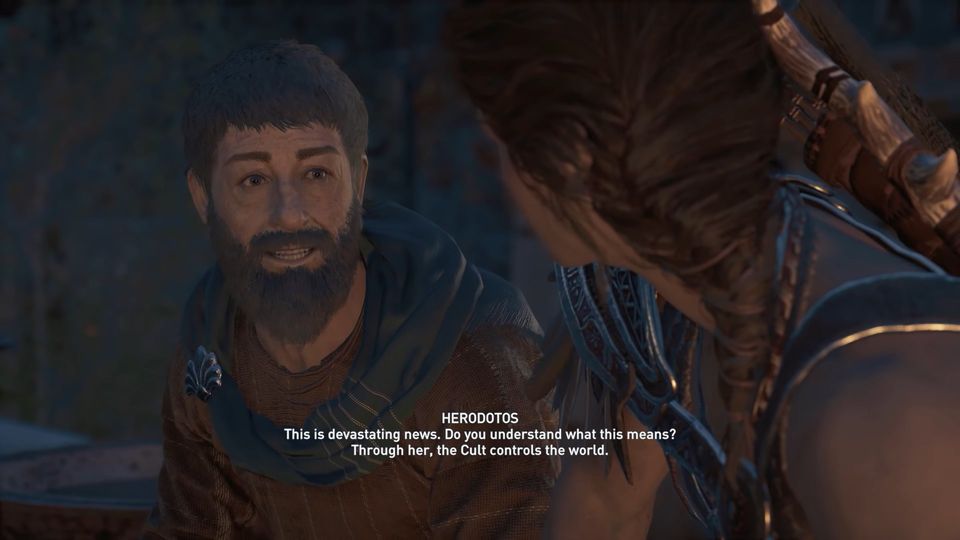 Second, the Pythia warns you that Kosmos Cult is hunting for the hero and that it has its people everywhere. Before she has the time to provide you with additional information, the guards take her to the dungeon while you are escorted outside. There, Herodotus is waiting for you. You can discuss further actions with him.

At the end of the conversation, the quest will be completed, and you will receive a new goal and about 2500 experience points.