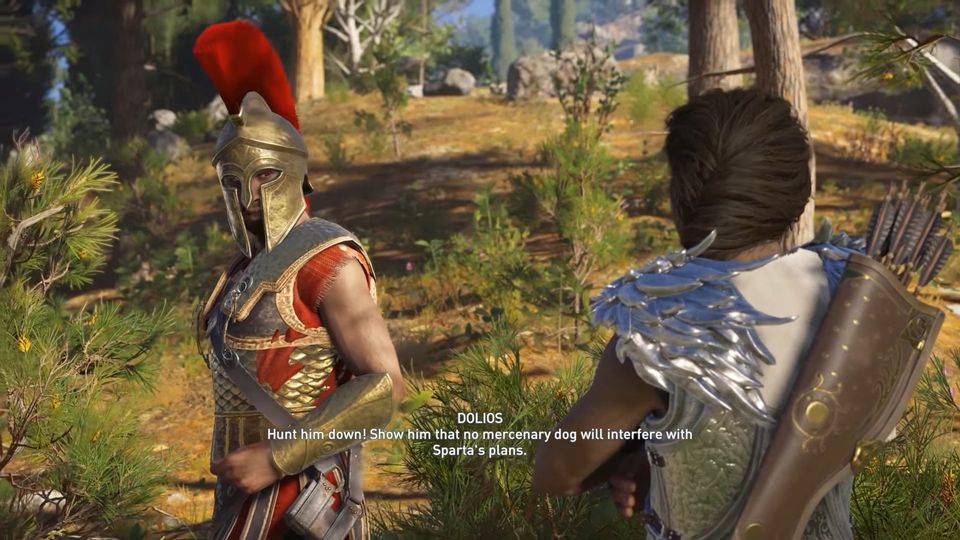 Following the completion of the side quest Portion Control, the scout Dolios will give you a quest to kill the mercenary named Hyrkanos, who participated in two crimes against the Spartan army. Having received the task, you can track down the target at the mercenaries’ menu.

Just like any other bounty hunter in Assassin’s Creed Odyssey, Hyrkanos the Cunning has his strengths and weaknesses: Shell Skin ability provides the mercenary with additional protection from arrows. At the same time, Hyrkanos is afraid of fire, so attacks of this type will be most effective against him. 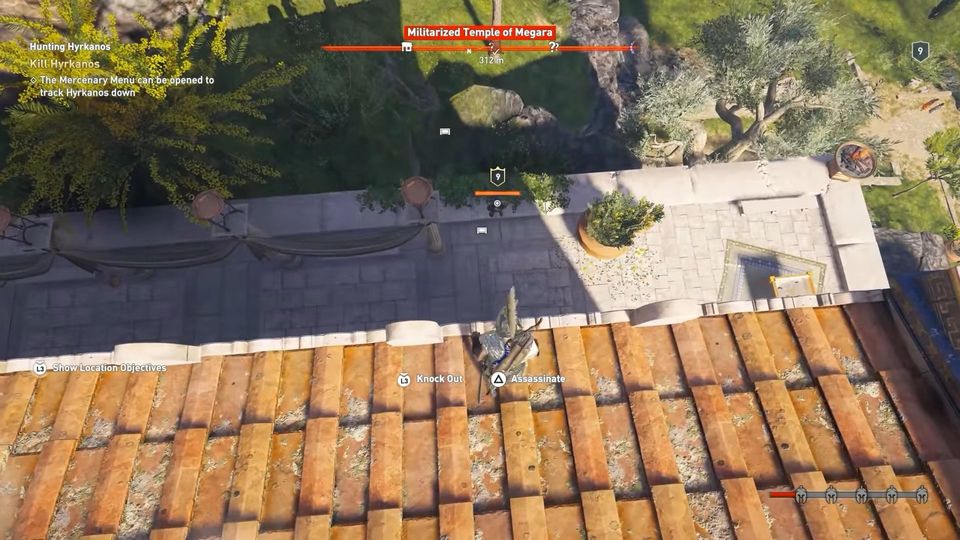 In all likelihood, by the time the quest begins Hyrkanos will be in the Megaris temple. The building is guarded by several Athenian soldiers, so we advise you to kill the guards before engaging in a battle with the mercenary. If you go on the offensive at night, some of the guards will be sleeping. 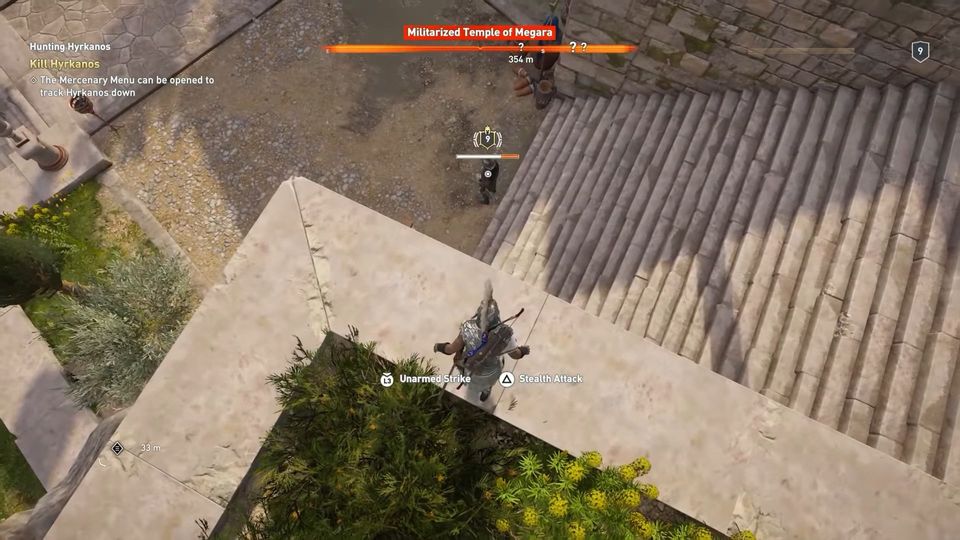 It’s a good idea to start the fight with a surprise attack – sneak up to Hyrkanos from the back or jump from above. Bows are not as effective as usual against this enemy. However, together with the Devastating Shot ability and the fire arrow, the bow can deal plenty of damage.

The most effective skills in an open fight are Flaming Attack, which covers your blades with a flammable liquid, and Spartan Kick, whose benefit is clearly shown in the animation above. 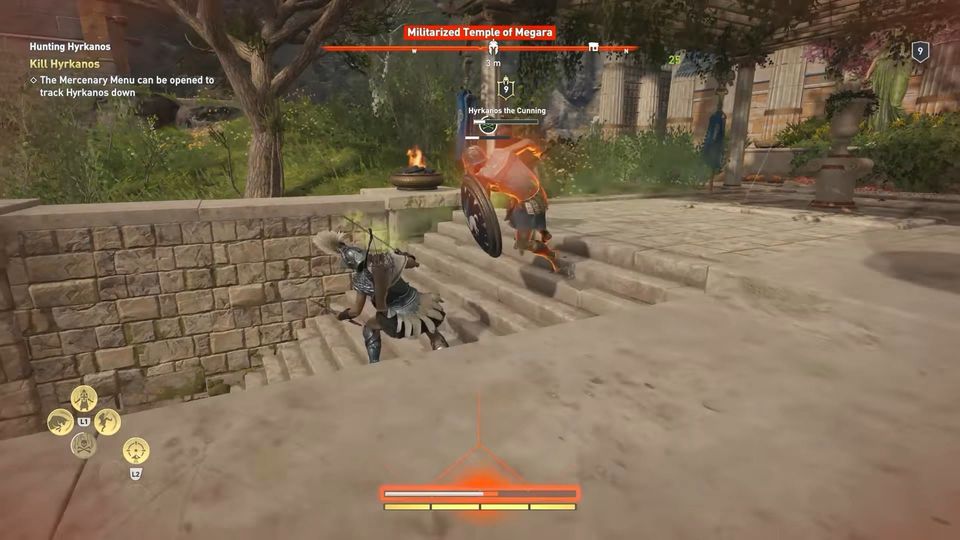 Don’t forget to block enemy strikes and dodge those painted in red – you can’t interrupt their execution. The Second Wind skill will also come in handy as it restores at least 35% of your maximum health during the battle. 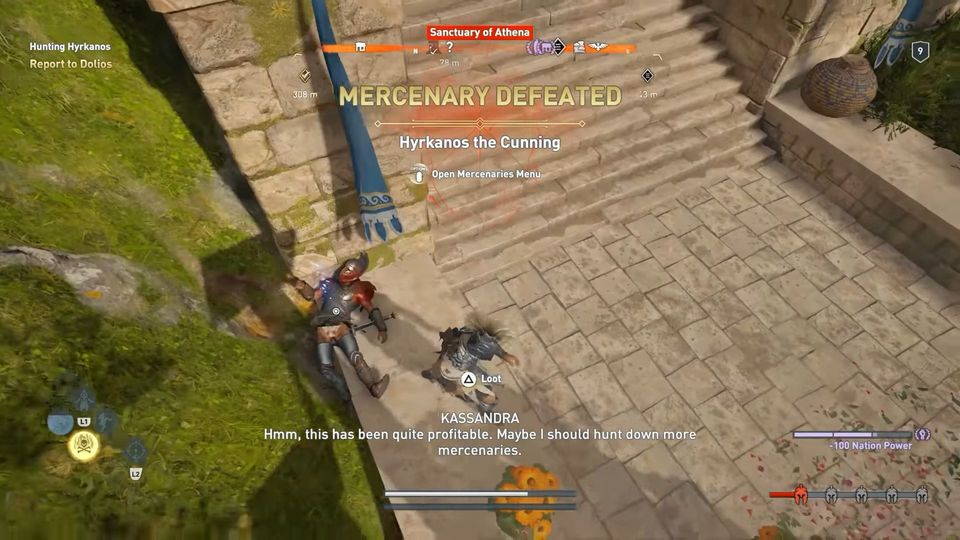 Having defeated Hyrkanos, take his belongings – money, resources and a rare dagger – and return to Dolios to get your reward.