Before you start this quest, we strongly advise you to complete the relevant storyline quests provided by Brasidas or Myrrine depending on whose approach you decided to use. If you do not follow this advice, the number of available options in the meeting with Lagos will be seriously limited. 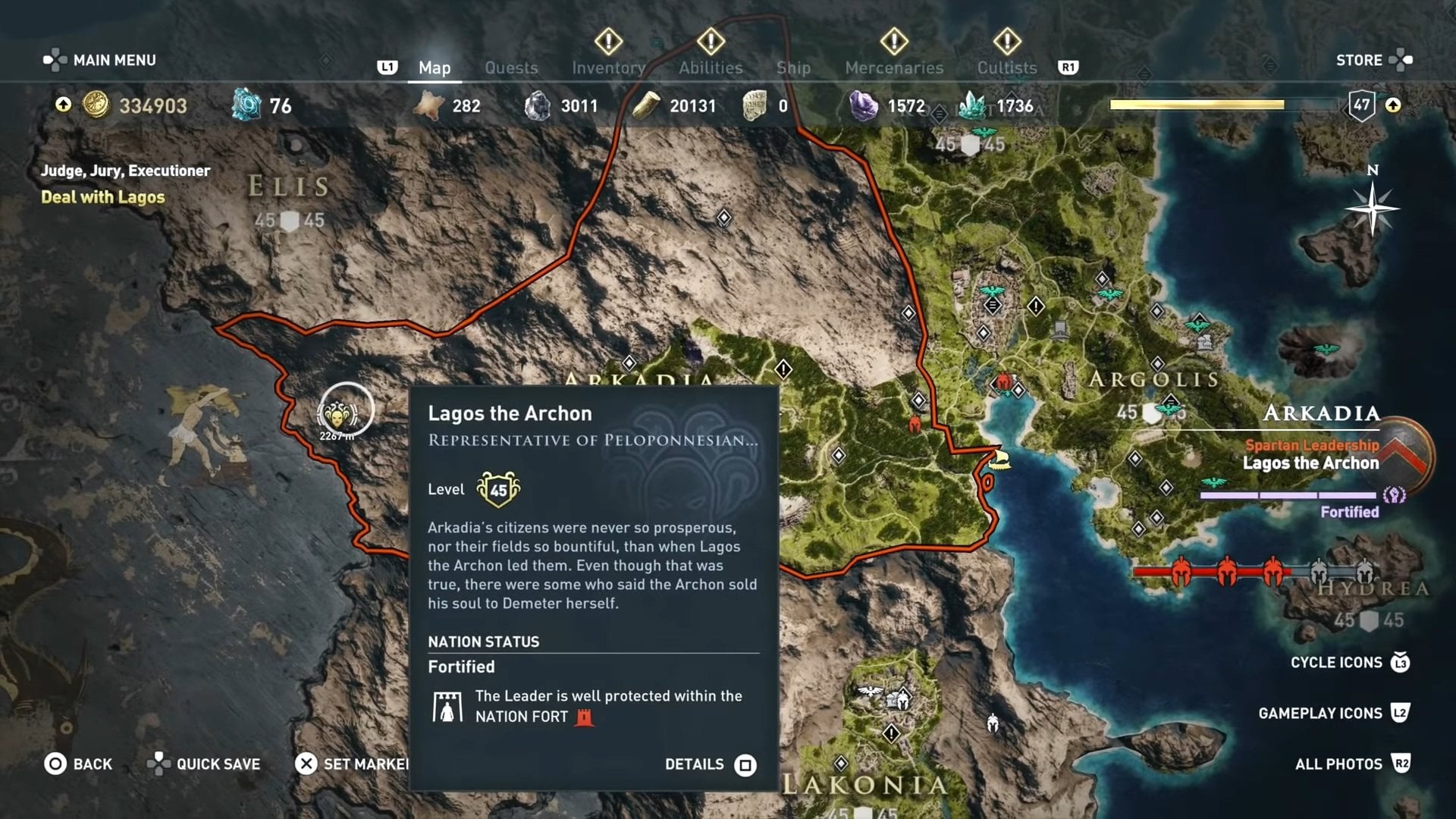 The archon is in Fort Samikon in the west of Arkadia. If you wish, you can break through crowds of soldiers, captains and polemarches, but you do not have to act in this manner. To weaken the defense of the fort, undermine Lagos’ authority (see Myrrine’s side quests) and wait for the night. 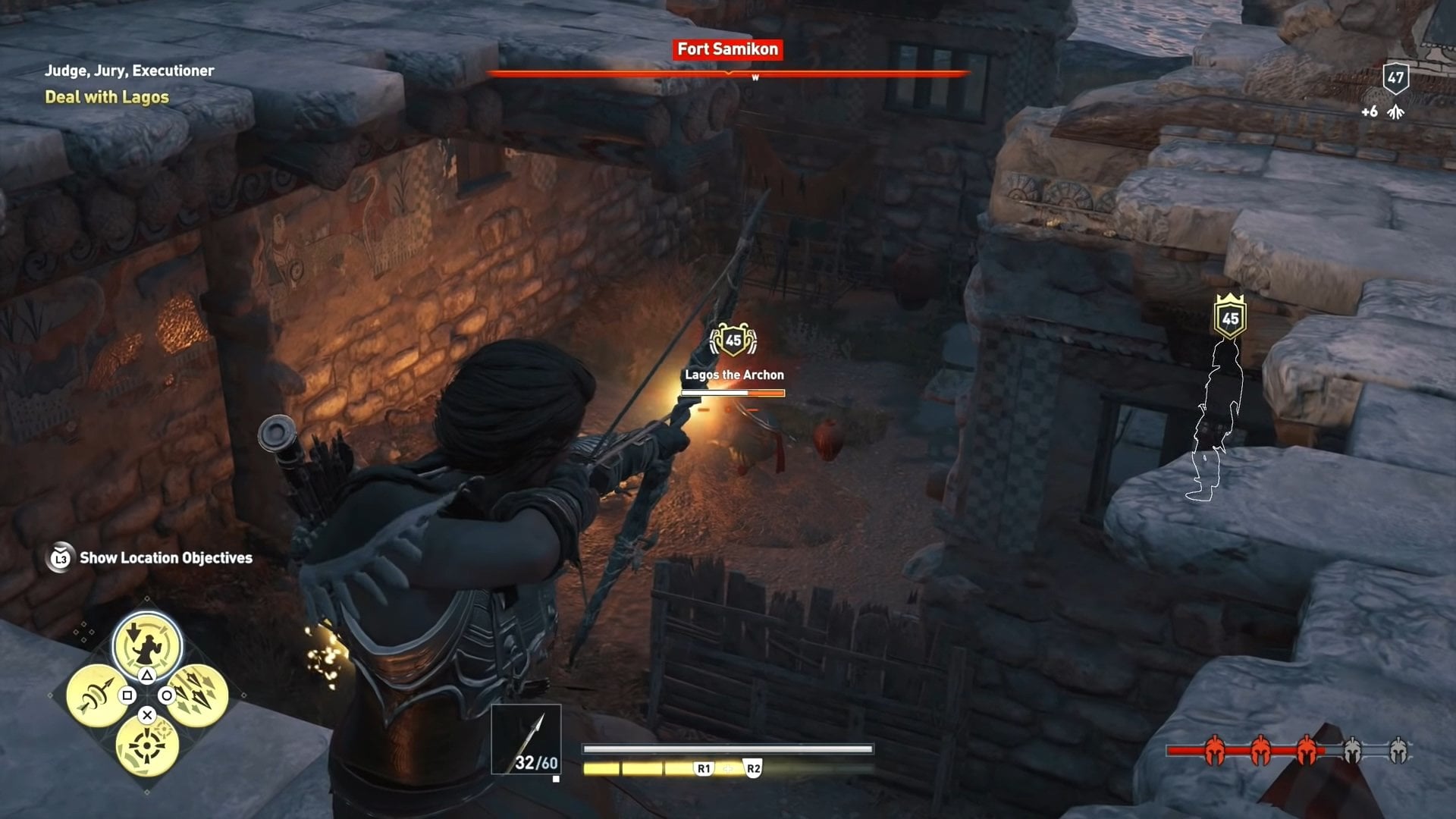 The easiest and most reliable way to sneak to the archon is to bypass the fortress since its far part is almost unprotected. Interestingly, this is the side where you can find Lagos. If you have ignored Brasidas’ tasks, the cultist will carelessly walk around the area next to the cliff. 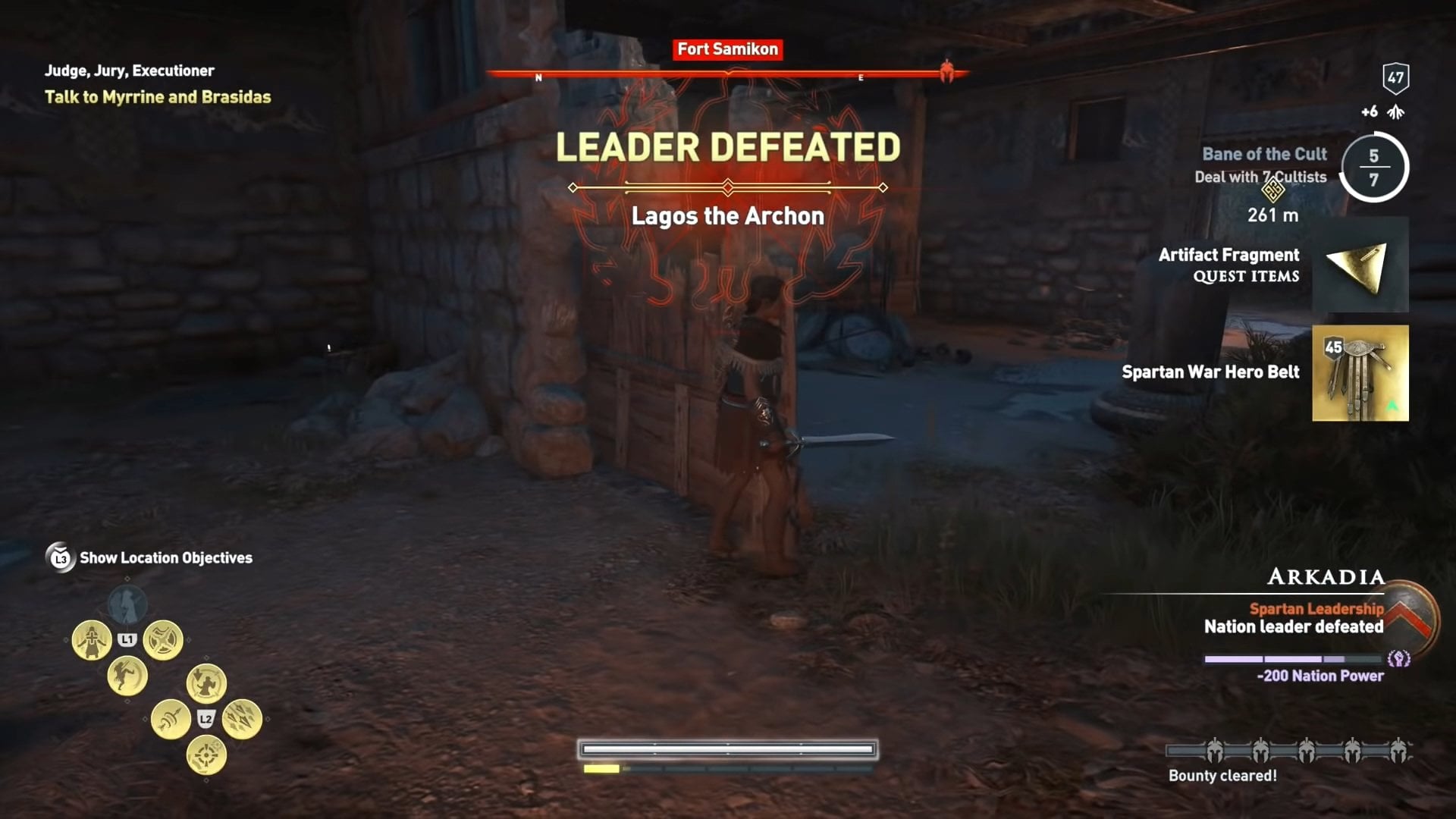 If you are not interested in archon’s fate, you can finish him off on the spot. However, in this case you will not have enough evidence to accuse one of the Spartan kings of ties with Kosmos Cult. So, you will need to find the evidence by yourself (by killing the sectarians in the respective branch), or you will have to accept the consequences of your decisions.

The meeting with Lagos will look different if you spent time to rescue archon’s relatives that were kidnapped by the Cult from the sectarian dungeon (see the side quests White Lies And Blackmail and Gluten Free). In this case, Lagos will be in the tower in the far part of the fortress. 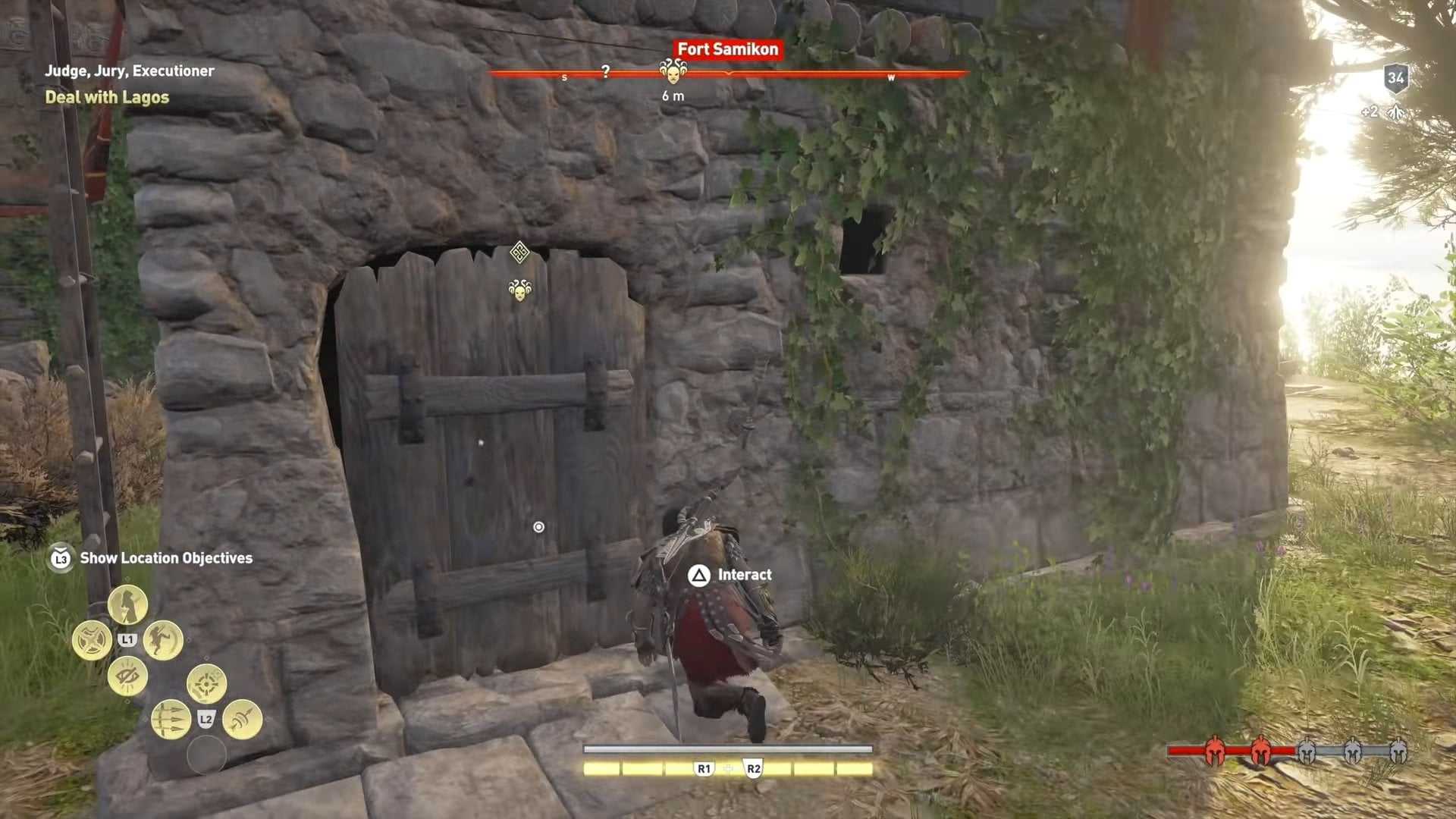 You are not allowed to lure your target, but it is not required in this quest. All that you need is to sneak to the entrance of the building and get inside. As already mentioned, the easiest way to do this is to approach the fort from the most unprotected side. The character must be incognito to interact with the door. 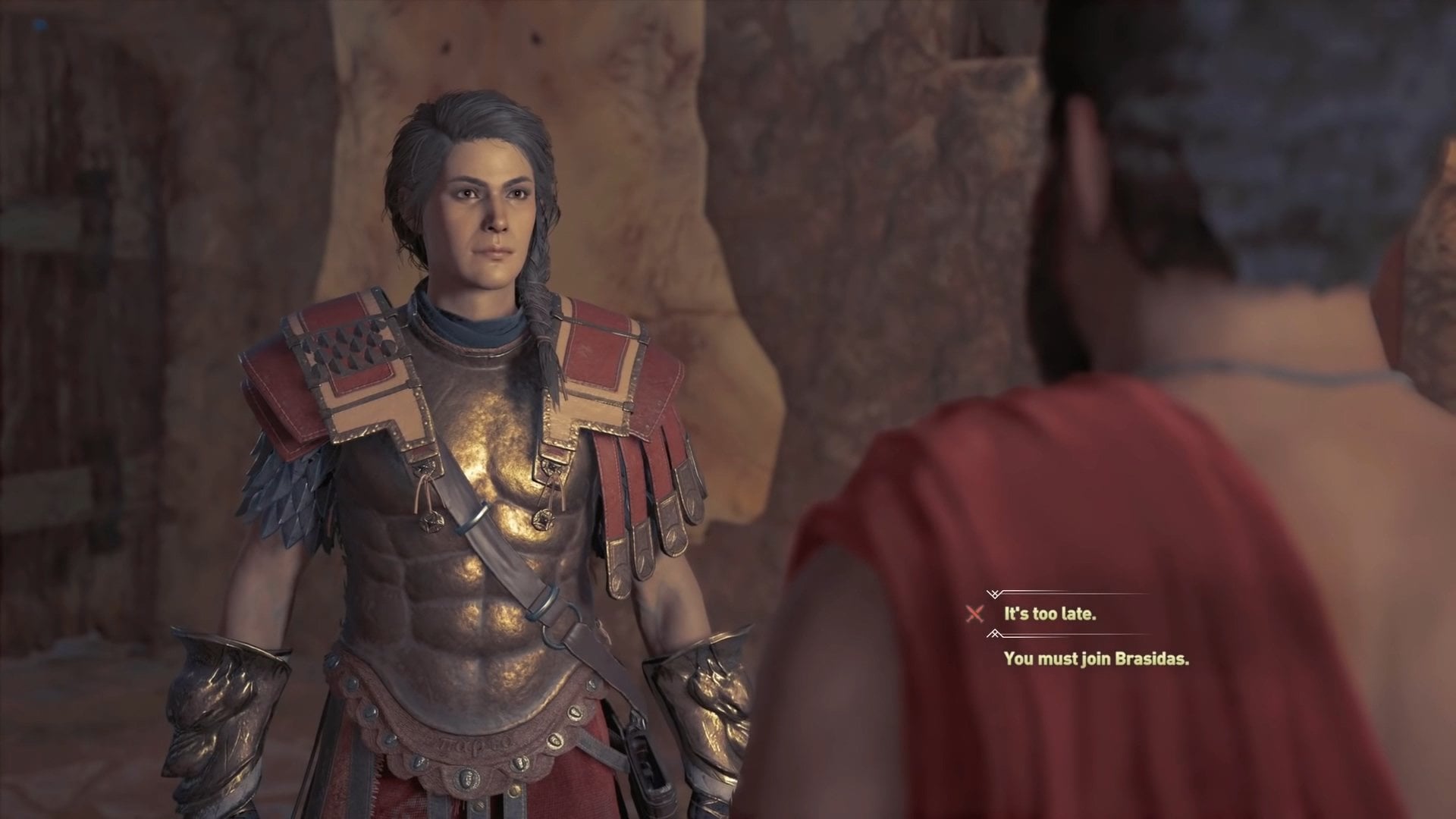 At the entrance to the room, Alexios/Kassandra will be met by Lagos – for a sectarian, he is a surprisingly open and simple man. Remembering Brasidas’ words about the true nature of your interlocutor, try to persuade him to renounce the Cult – violence is not an answer to all questions, but can become one if you wish.

Lagos’ reaction to your proposal depends on how you dealt with Monger – in plain sight in the theater (as Anthousa insisted) or under the dark vaults of the cave (as Brasidas advised). In the first case, Lagos will not believe the hero, and the dialogue will end in a battle.

The arena is complicating the task of killing Lagos – the room is very small, so you won’t have much space for maneuver. Take the shield from the enemy and try to avoid the opponent’s ultimate attacks. Periodic damage like fire or poison will come in handy in this fight.

Having emptied the stock of archon’s health, finish him off and take the Spartan hero belt and a fragment of an artifact from his body. The murder of Lagos will lead to complications in your quest to identify the cultist king as well as to deterioration in relations with Brasidas. 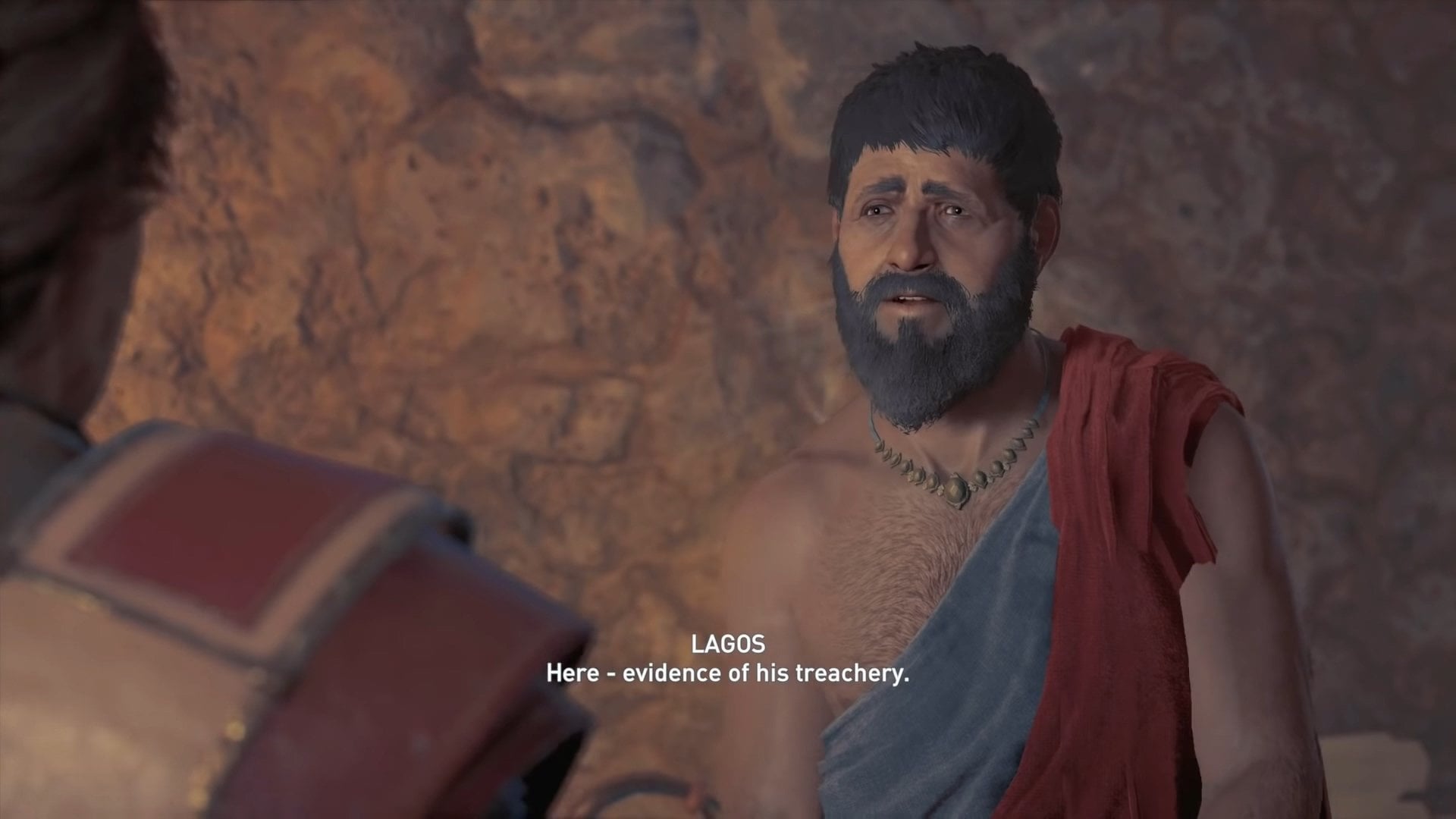 If you have listened to Brasidas in the chapter Land of the Lawless and killed Monger in the cave, Lagos will not only renounce the Cult but also provide evidence of treason of one of Spartan leaders. The reward for the neutralization of the sectarian in this case will be identical to the previous scenario. 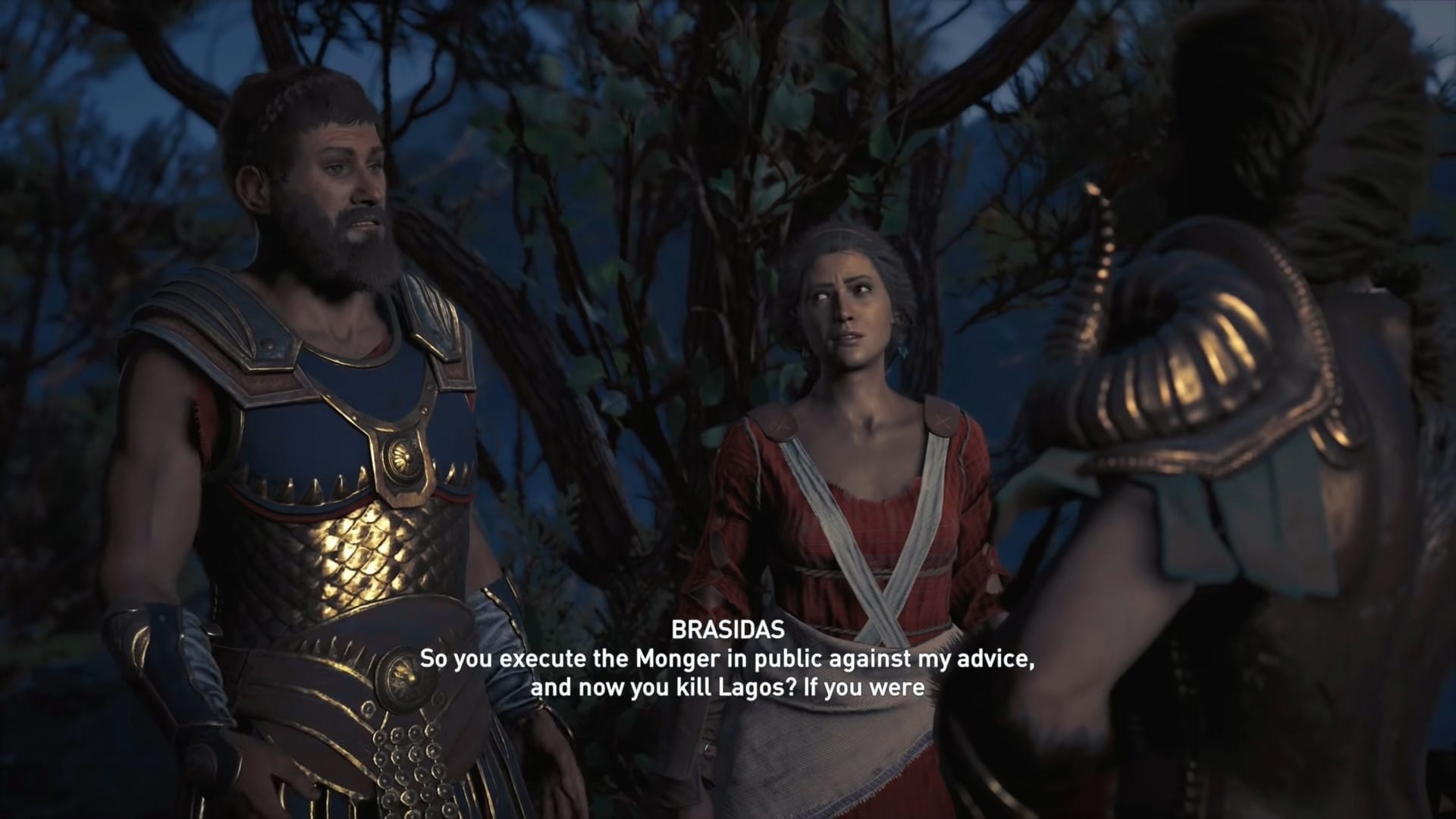 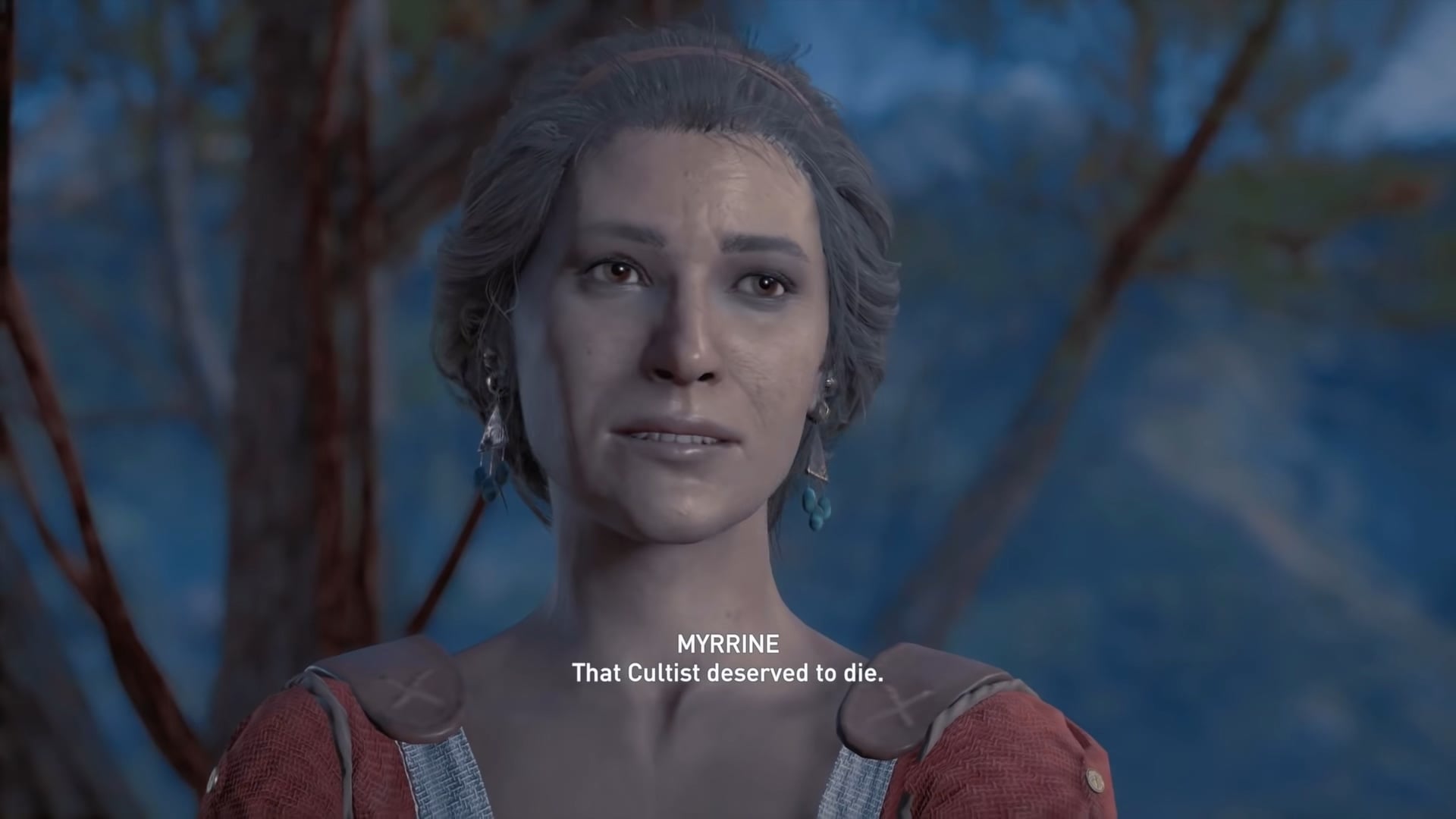 Having killed the archon or having convinced him to renounce the Cult, return to Myrrine and Brasidas – they are waiting for you at the cliff near the fortress – and report on the completion of your mission. Your allies’ reaction to your efforts in this quest directly depends on Lagos’ fate.

As soon as this mission is completed, the reward for the hero’s head will be recalled, and you will be able to travel around Arkadia without fear of being attacked by mercenaries.