Starting location: Get to the Olympics village where Kallipateira and Demeter the Priestess reside. 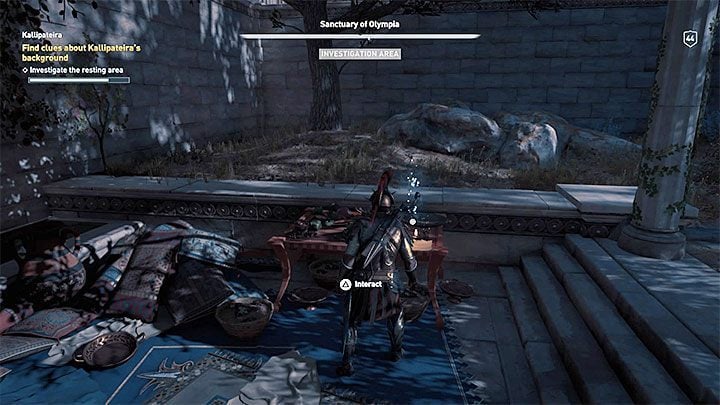 After hearing the accusations against Kallipateira and offering help, go to the location where athletes rest. Talk to two “nameless” civilians and Kallipateira’s son Peisirrhodos. Also, find two documents – one of them (Pindar’s Poem for the Champion Diagoras) will confirm the version of the woman’s events, and the other (love letter – Anonymous Love Letter) will plunge her. 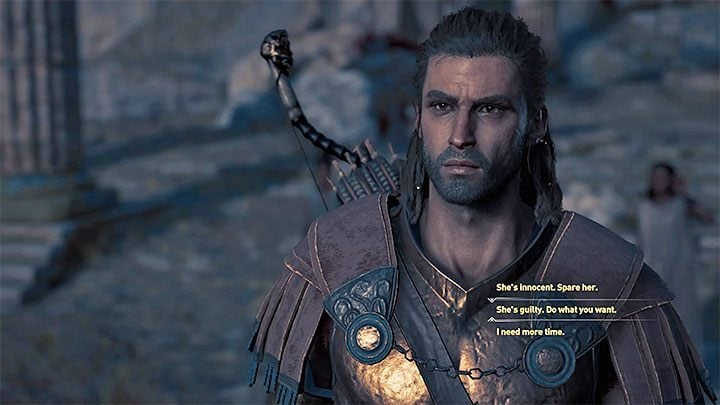 Reach the hill where the sentence is to be executed. After the question to the priestess you can: