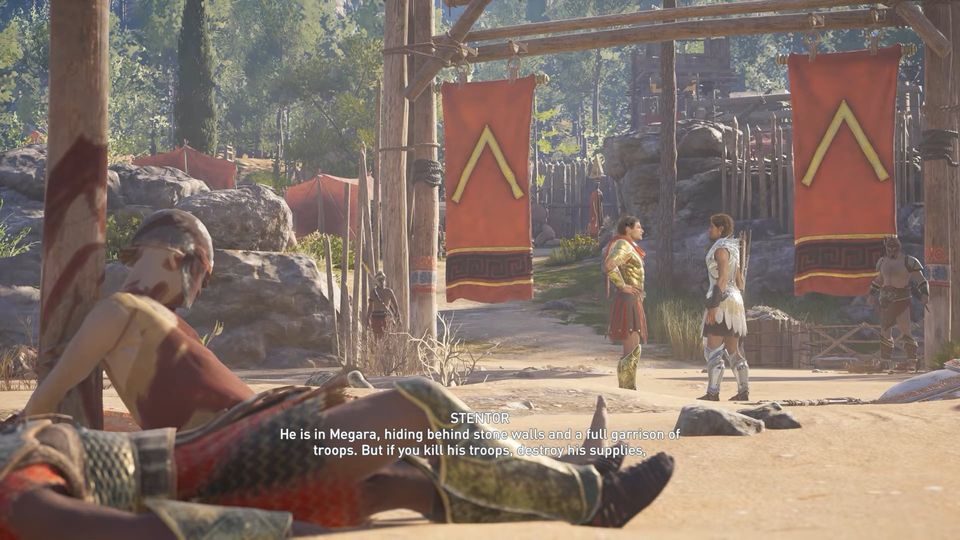 Before you begin this storyline quest, we strongly recommend to first complete the following side quests: One Man Army, The Athenian Treasure Trove, Crumble and Burn. They will facilitate playing The Athenian Leader and will provide you an edge in the upcoming battle.

As soon as you land at Megaris and receive instructions from Stentor, the Athenian leader will be seriously protected. As long as the situation in the region is stable, the leader sits at home, surrounded by elite bodyguards, or walks around the streets accompanies by his garrison.

At the same time, the level and the behavior of the leader also depends on the situation in the region – the worse it is, the weaker and more vulnerable your target will become. After the completion of all side tasks, the rank of Megaris leader will decrease from ten to seven, while the leader itself will move from a protected house to an ordinary tent near the town. 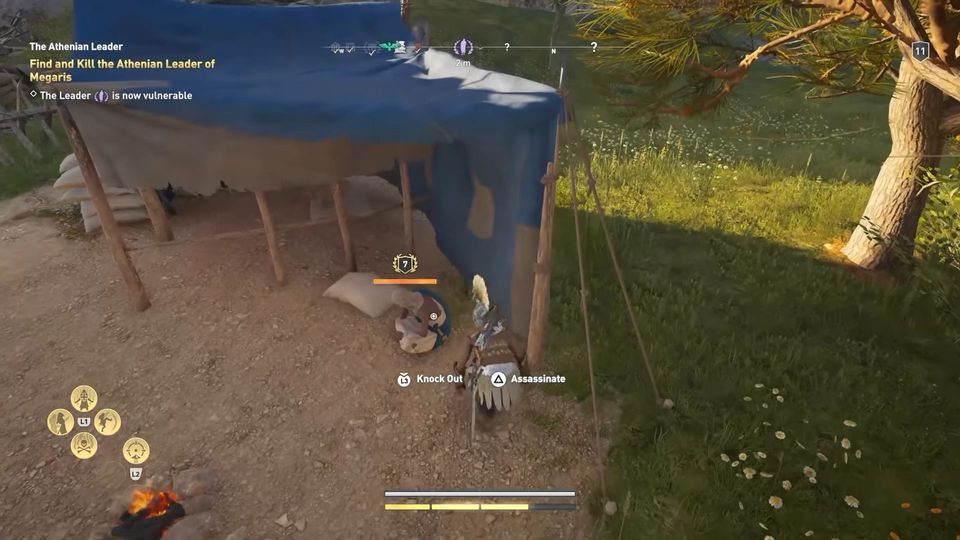 Nevertheless, we advise attacking the Athenian leader in the night. In this case, some of the guards will sleep, while you can deal with the remaining ones by dragging them into the bushes and eliminating them there. Having dealt with the bodyguards, sneak up to the leader and conduct a surprise attack to deal the maximum damage. 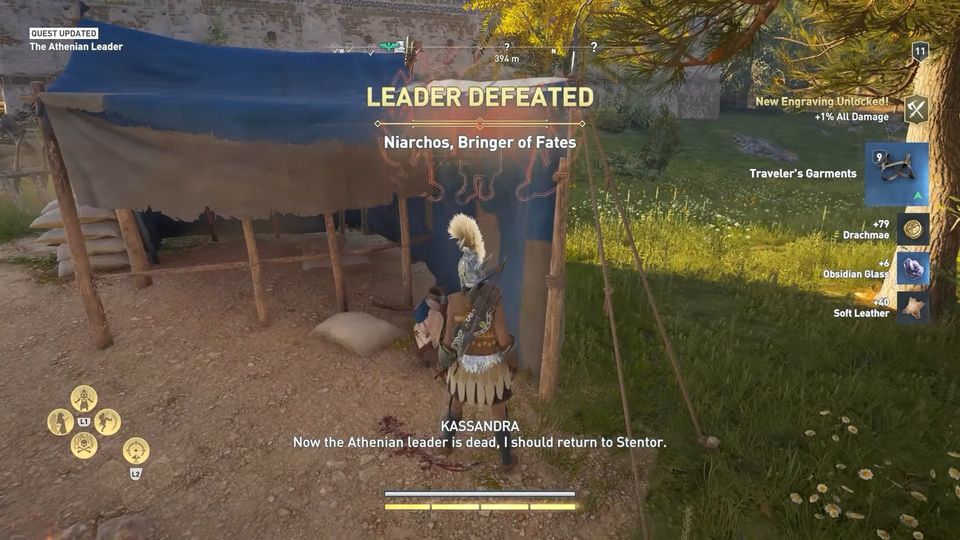 If the damage that you have dealt in the stealth regime is not sufficient enough, pull out your main weapon and go on the offensive – the difference in the level of Alexios/Kassandra and the level of the Athenian leader will bring you a quick victory. Having obtained the well-deserved reward – experience points, money and belt – you can return to Stentor.