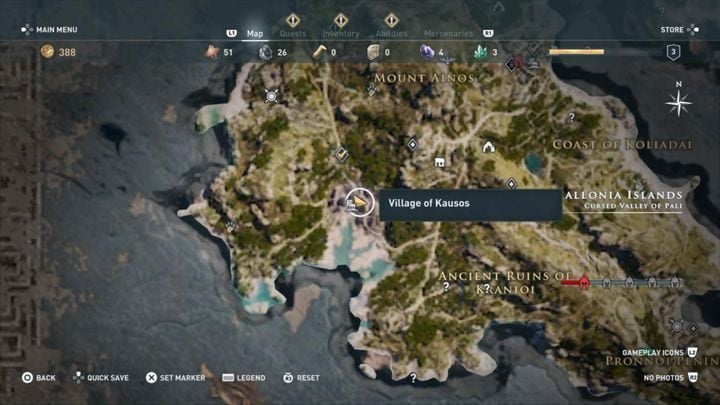 After she is rescued from the hands of the kidnappers, Phoebe (see the storyline quest ‘’Debt Collector’’) will move to the territory of Marcos’ vineyard. Talk to the girl to find out about her worries – a terrible epidemic broke out in a nearby village, and Phoebe’s friend is among those who are infected.

Having promised Phoebe to deal with the problem, go to Kausos, a small town on the western side of the island. Once you have arrived at the site, you’ll find that everything was burned down as the authorities tried to cope with the fever. A couple of soldiers provide care to the remaining sick people.

Talk to the priest who is trying to persuade the citizens – according to him, there is no hope to defeat the illness, and Kephallonia could only be saved if these innocent people die. You have a right to disagree with him, but this decision will lead to a fight with three opponents at once.

Having won in the fight – try to keep all enemies in sight and block their attacks – you will earn the gratitude of the rescued citizens and Phoebe, as well as a chance to get some money. If you wish, you can refuse the monetary reward since the protagonist has already demonstrated the wonders of compassion.

Your act of mercy will not go unnoticed by the world of Assassin’s Creed Odyssey. After a few hours of gameplay, the hero will be notified that because of his actions, Kephallonia is suffering from an epidemic that began in Kausos. Good deeds don’t always lead to good consequences.

If you decide to leave the infected inhabitants to their fate – they will not survive the meeting with the blades of priest’s assistants but will also be unable to spread the disease – Alexios/Kassandra will have to explain the decision to Phoebe. Whatever options you choose in the dialogue with her, the girl will take this life lesson like an adult.