So after that rather embarrassing mishap, you’ll be roped into participating in Testikles’s place. Head to Elis, in the island of Olympia, where you’ll eventually find the man to speak to in the north-east of town. After a conversation, you’ll be put into the ring in the ancient sport of Pankration. Think of it as a cross between mixed martial arts and Greeco-roman wrestling. You’ll be pitted against two opponents in unarmed combat one at a time, though health recovers after each match. You’ll find there’s a match against the current champion to come, but in the meantime it seems Alkibiades has been poisoned. This provides your hero with the revelation that Kallias – one of the judges at the Olympics, has been rigging the competition and as such is a cultist. 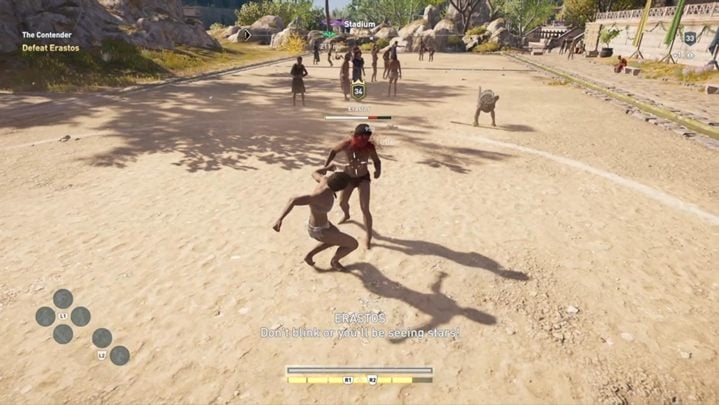