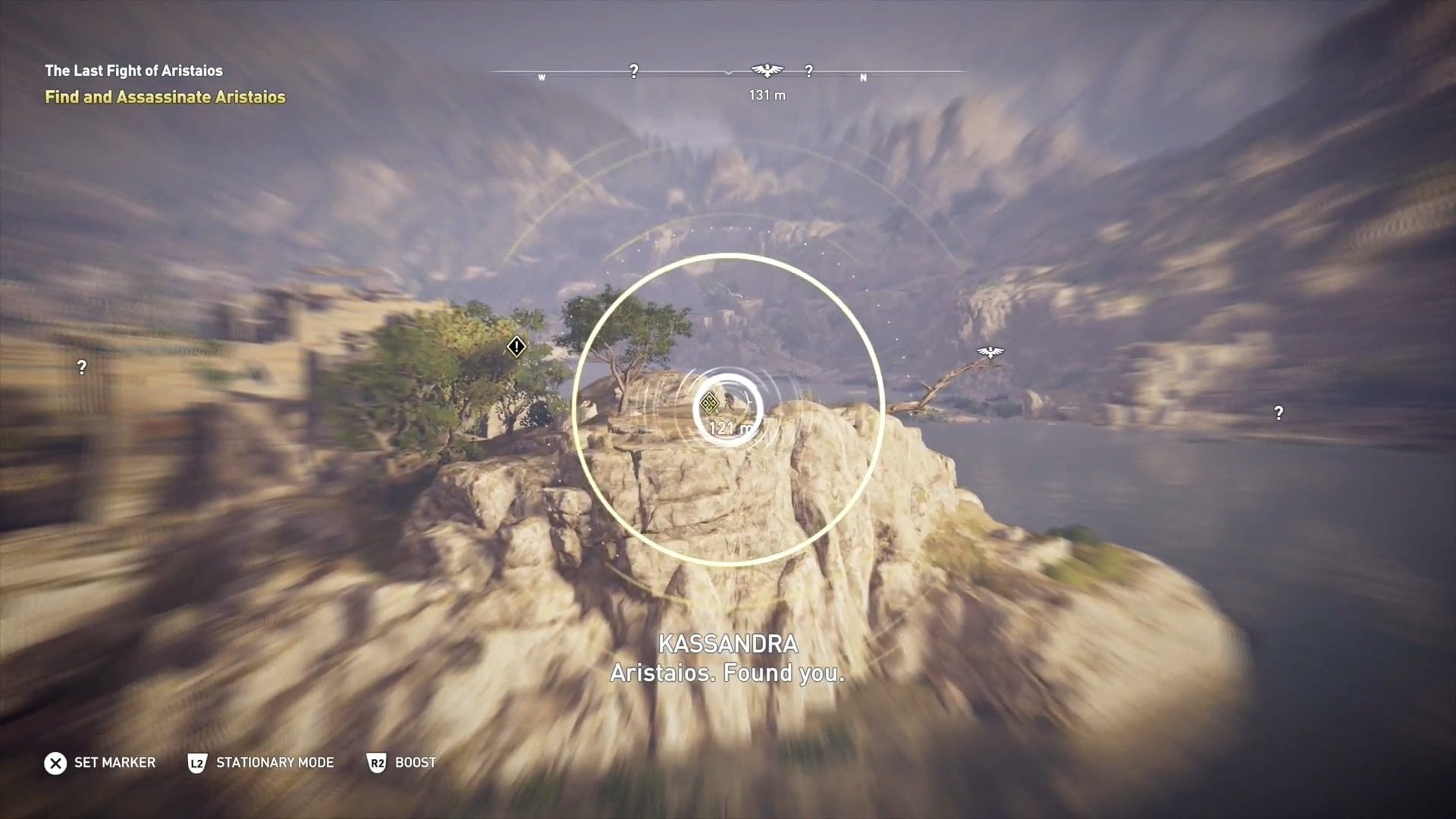 The first of the four Athenian champions is the mighty Aristaios who is located in a fortress on Kopais lake in the center of Boeotia. If you have killed Nikolaos in the chapter The Wolf Hunt, you will have to search for your target in the fort itself and, if possible, eliminate him stealthily. In the other case, you will have to fight against the whole garrison. 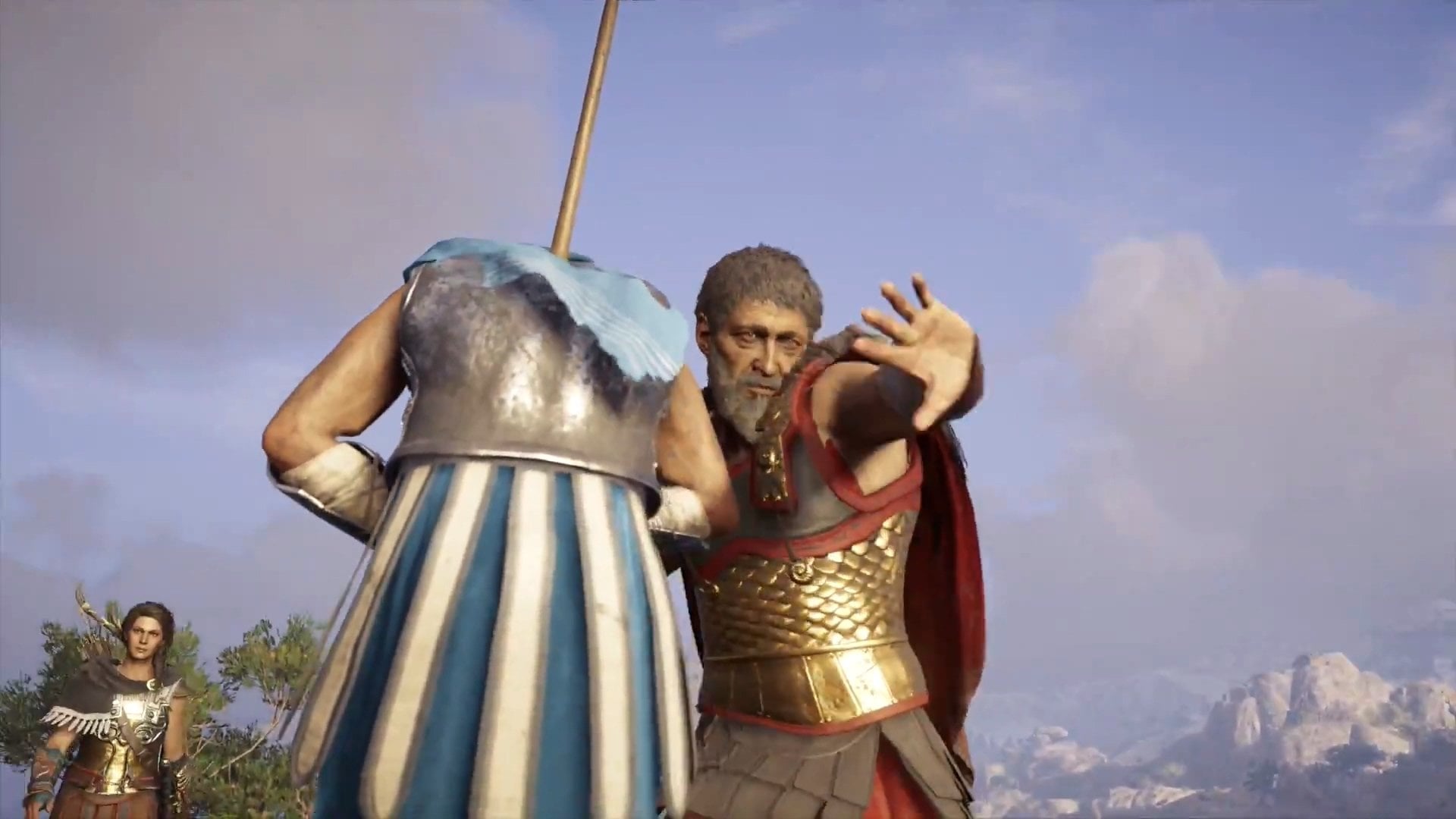 The alternative scenario is that Nikolaos, who survived a meeting with his son/daughter, secretly helps Stentor by killing the most powerful Athenian warriors. In this case, you will not have to kill Aristaios as Nikolaos will do this for you. 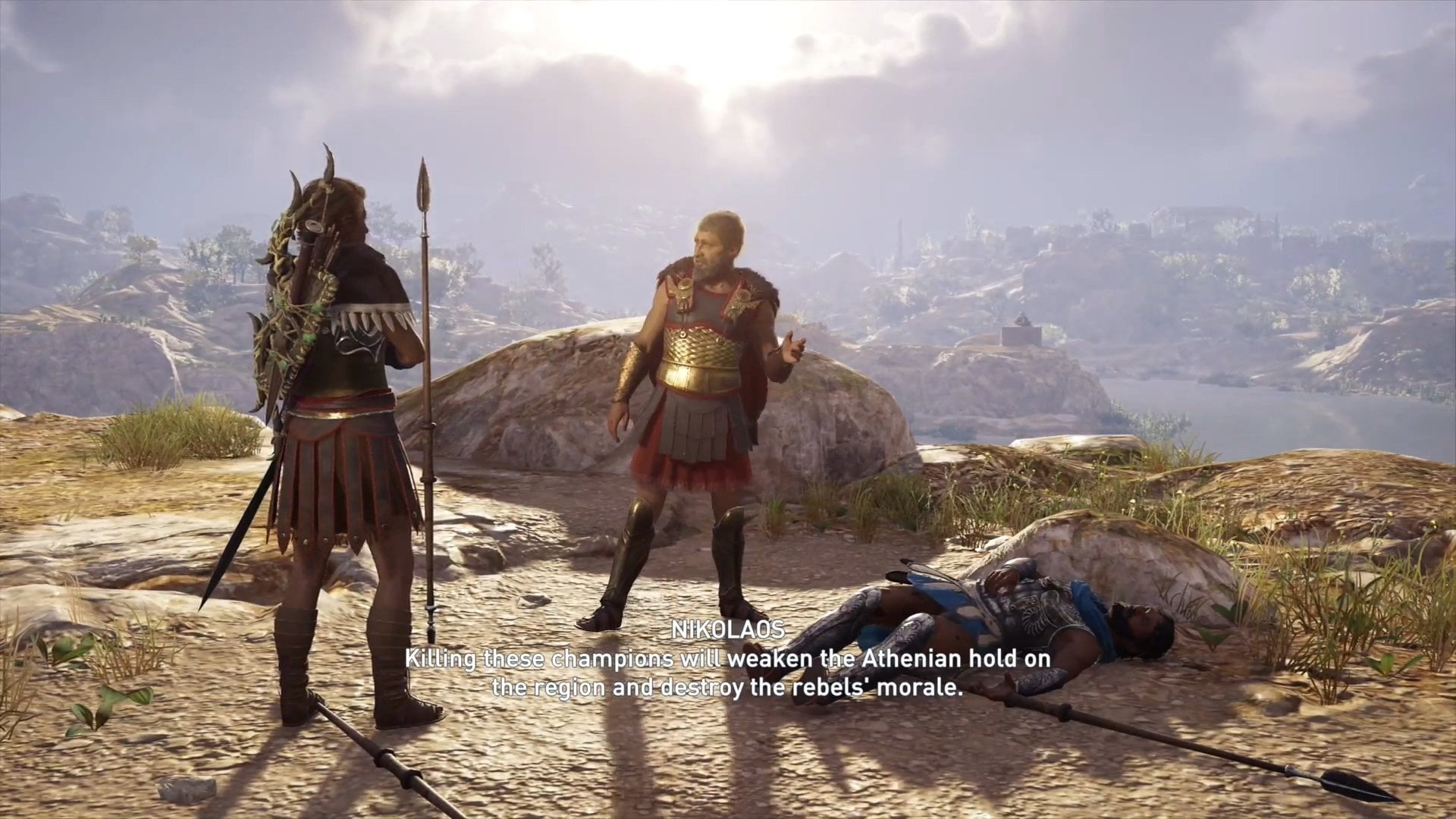 Ask Nikolaos about life outside Sparta: he is plagued by the burden of responsibility on Stentor’s shoulders after the Wolf’s departure. You can’t figure it right away, but the fate of your new brother is determined in this conversation. If you want his death, tell Nikolaos to stay away from his adopted son. If you want to save Stentor, advise Nikolaos to help him.

The mission will be concluded at the end of the conversation. Its completion will bring you a couple of tens of thousands experience points and three – four hundred drachmas. Do not forget to examine Aristaios’ body to get a decent legendary armor.