Assassin’s Creed Odyssey – The Truth Will Out Walkthrough

The Truth Will Out Walkthrough 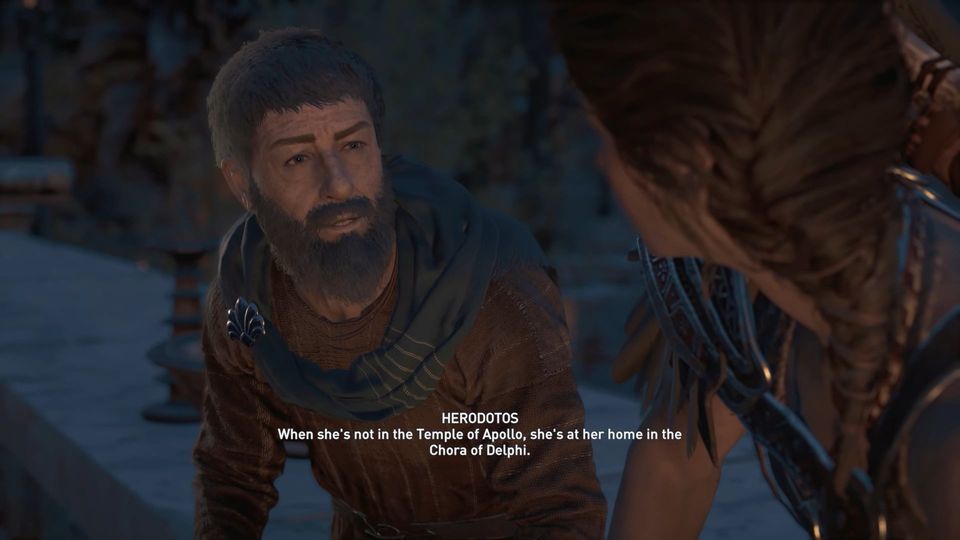 In the previous mission, the main character of Assassin’s Creed Odyssey did not have the opportunity to properly ask the Pythia about Kosmos Cult, so in the framework of this quest the protagonist decides to break into her house and talk face to face without witnesses. 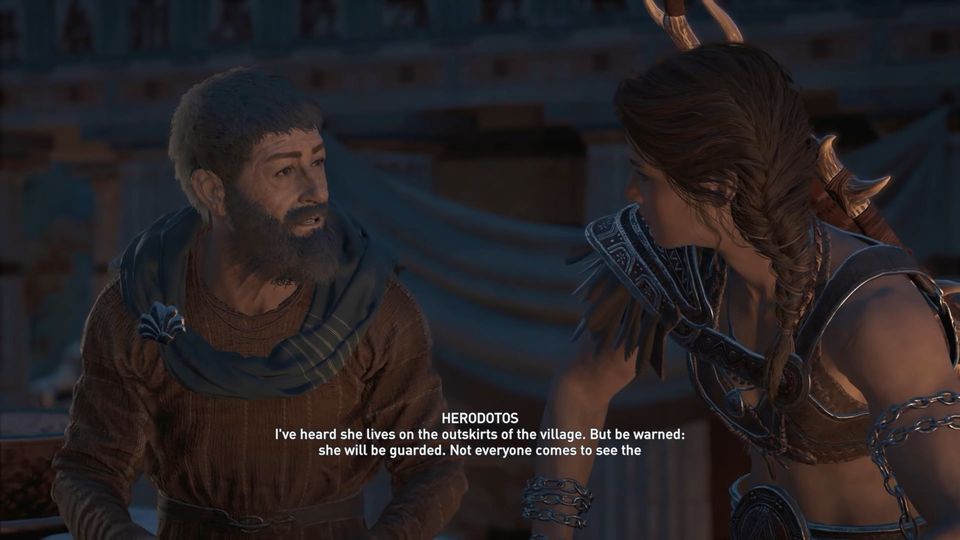 According to Herodotus, the Oracle’s house is located in Delphi’s choir and it is easily recognizable – it is the only decorated house in the area and it has a separate icon on the global map. Be prepared for resistance: the building is guarded by the cultists. 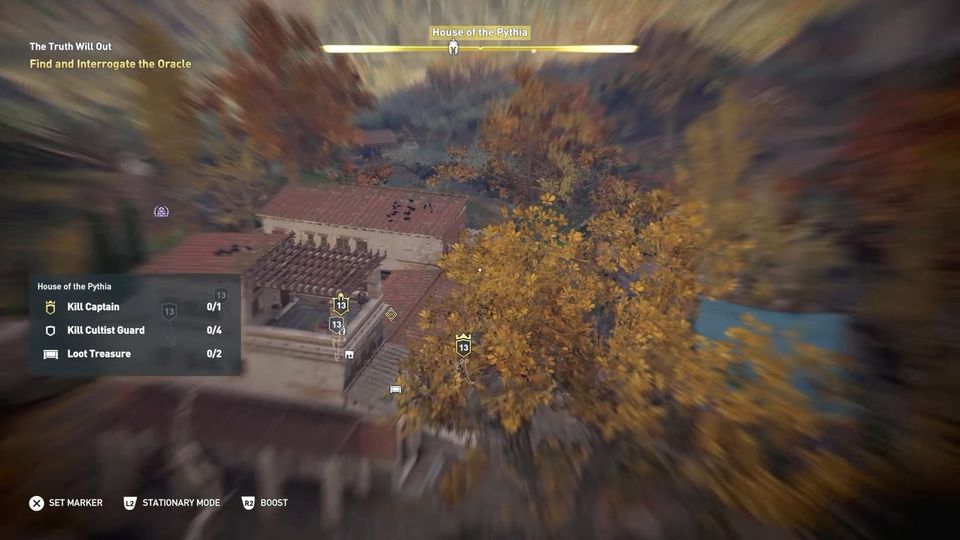 Move in the specified direction – Pythia’s house is located in the east of the sacred lands of Apollo – until you will be notified about the possibility to call Icarus. Inspect the area using bird’s eye view and mark the guards surrounding the building. There are a few of them – five, however, random mercenary wanders around the courtyard in addition to the cultists’ garrison. 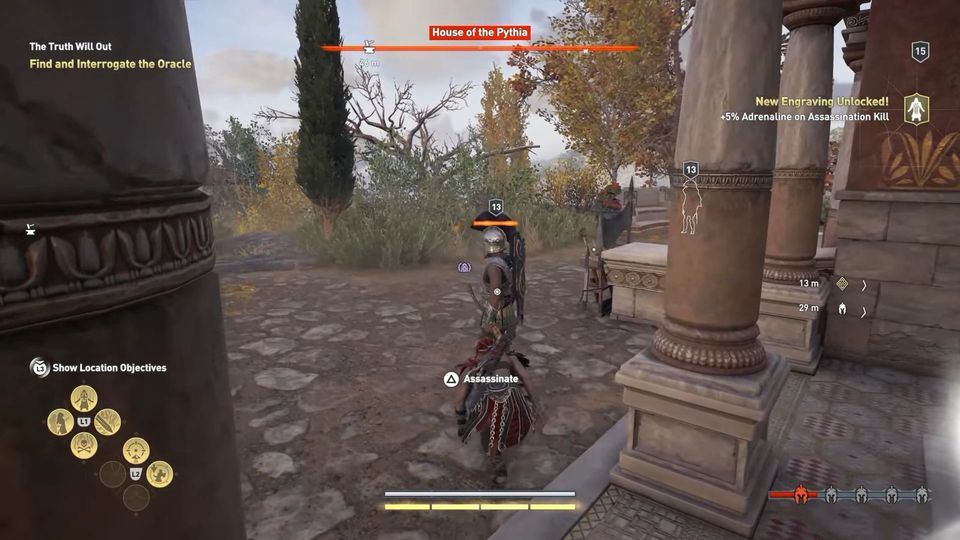 The bad news is that, most likely, you will not be able to eliminate all enemies in stealth regime – a bounty hunter and the captain/ only the captain (depending on how you upgraded your character) are too well protected, so you won’t be able to kill them with one attack.

Nevertheless, you will still be able to secretly eliminate ordinary opponents – use stealth tactics like hiding in bushes and grass, whistling and surprise attacks. To increase your success chances, wait until night or rewind time – in this case, some guards will sleep.

When the two strongest enemies are the only ones that are still operating in the area, sneak up from the back to the mercenary and attack him (if you do not have the critical assassination skill, we advise you to reset skills and acquire it) to deal as much damage as possible. Then, finish off the bounty hunter – he should have very little health left.

To decrease the amount of time it takes you to deal with the captain of local guards, we strongly recommend upgrading the skill Shield Breaker to the second level. This will allow you to take even large shields from your opponents (the cultists’ commander carries such a shield).

If you are not in a fighting mood, you have an alternative. You do not have to kill anyone to complete this mission. You can secretly get to the door behind which the Pythia is hiding. 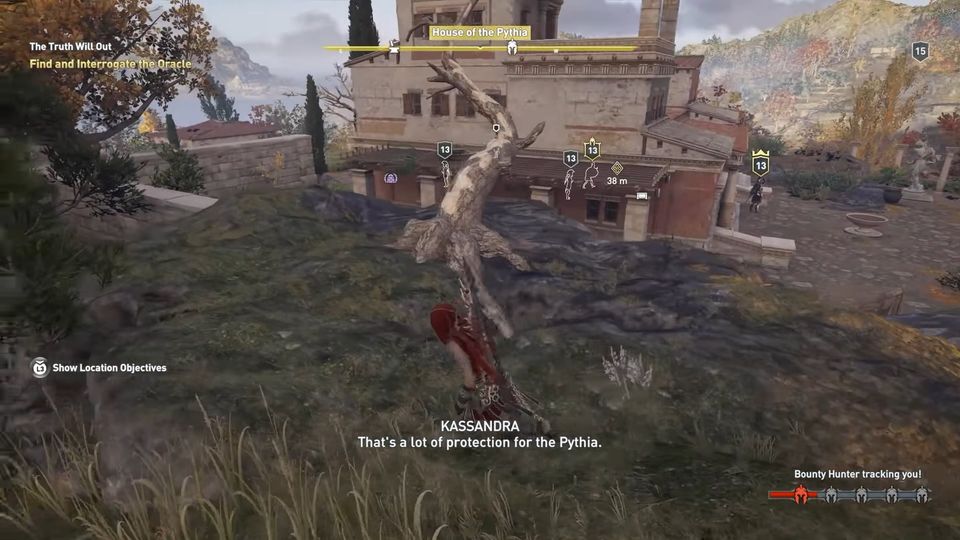 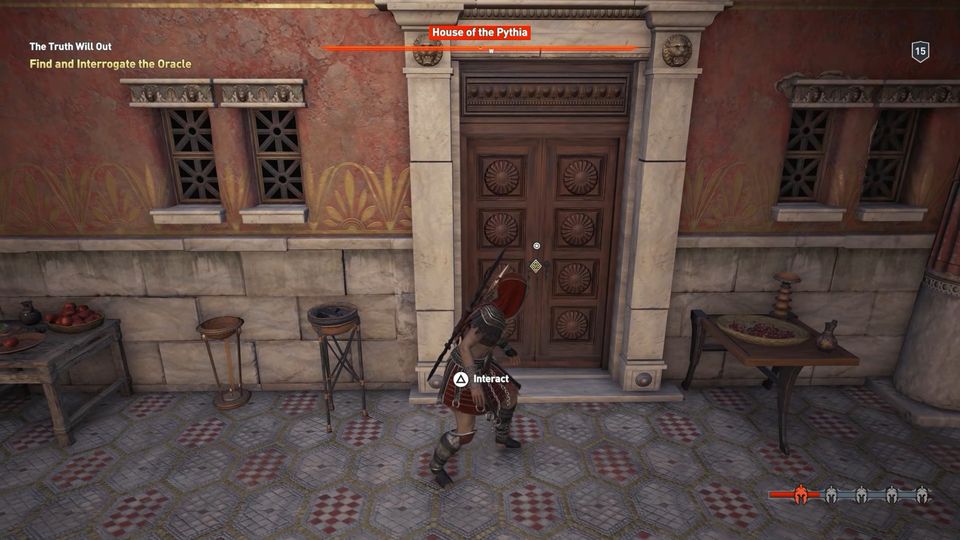 The Pythia is located in the courtyard of the building that is usually not guarded by anyone. Climb the tree on the eastern side of the location, jump onto the roof of the house and then jump down to the target door. Make sure there are no enemies in the nearby – otherwise the hero won’t be able to walk inside. 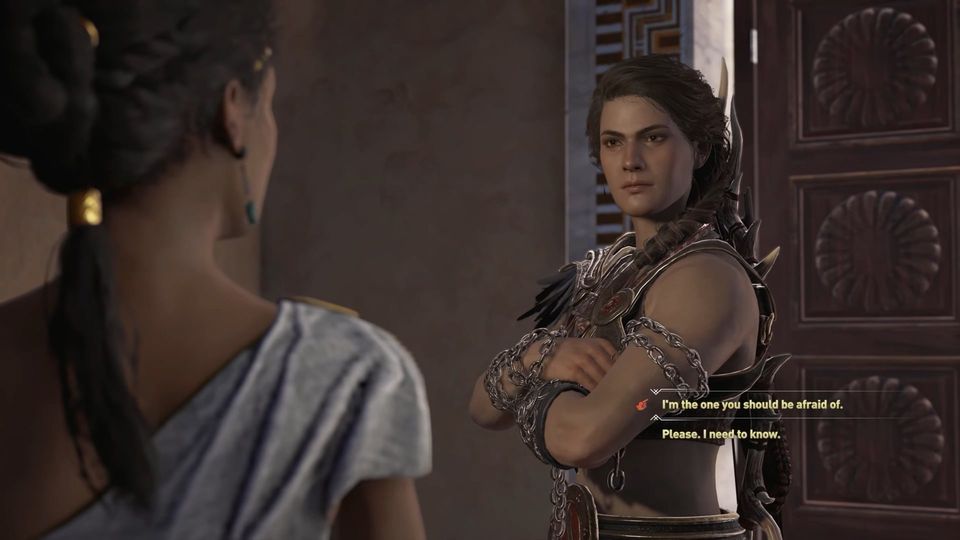 The Oracle won’t be happy to see the intruder and will ask the hero to leave. You can threaten her or ask politely – anyway, you’ll learn that the Cult is behind her prophecies and that Elpenor, who cowardly escaped from the protagonist, is a member of this cult. 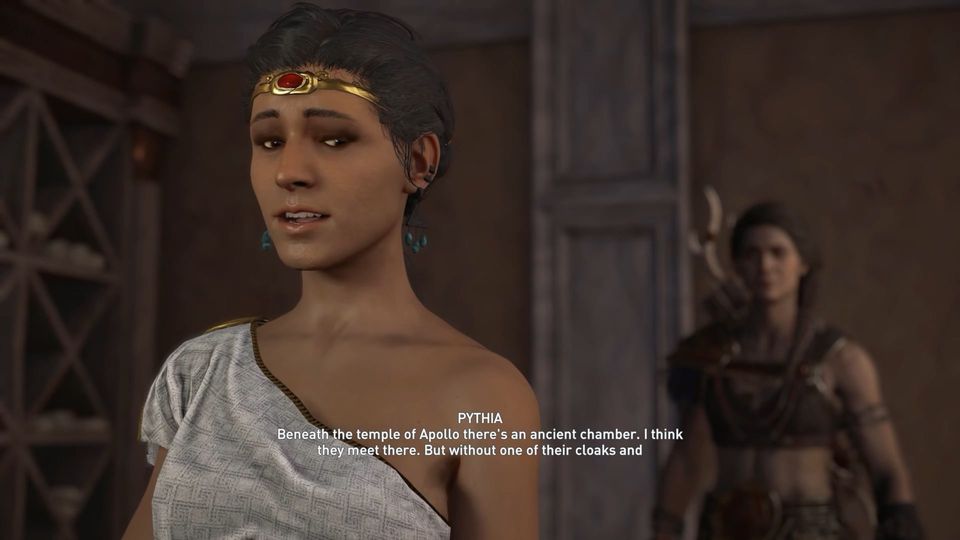 According to the Pythia, Kosmos Cult is chasing a Spartan child that was thrown down from the mountain (this is Alexios/Kassandra). The sect has a secret meeting room under the temple of Apollo, but nobody is allowed to go there without an appropriate attire – a cloak and a mask. 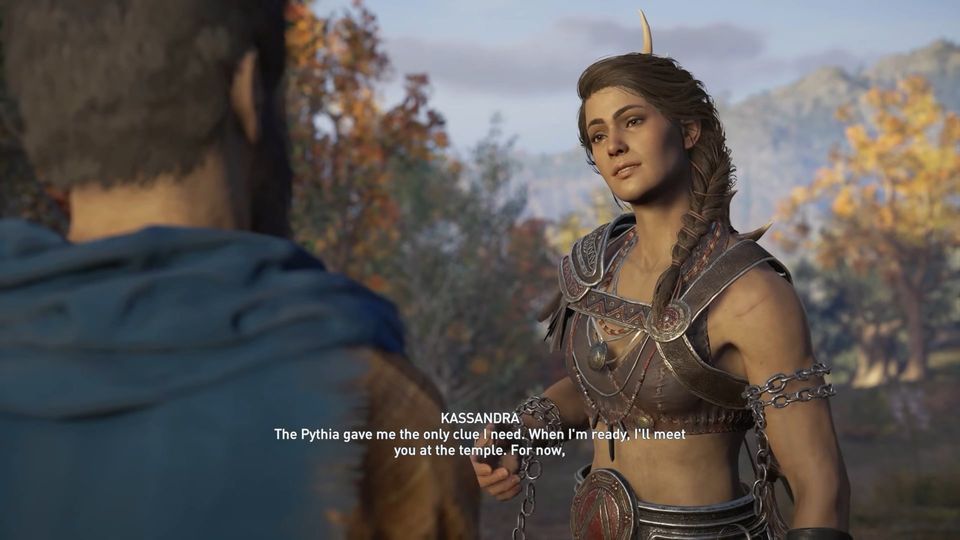 The Pythia believes that Elpenor has everything necessary to pass to the secret room. Depending on how you behaved at the beginning of the conversation, she will either drive away the protagonist or wish him a happy journey. In any case, go to Herodotus and report about your intentions – it’s high time to deal with the snake.

However, you will be searching for Elpenor and eliminating him in the next chapter. For now, you’ll get about 2500 experience points for the completion of this mission.