Having unmoored, sail to the north-west from Megaris towards the new region – Phokis. On the way, you may encounter pirate ships (they have black sails), but you are not obliged to fight against them. Find the port of Khirra and disembark. 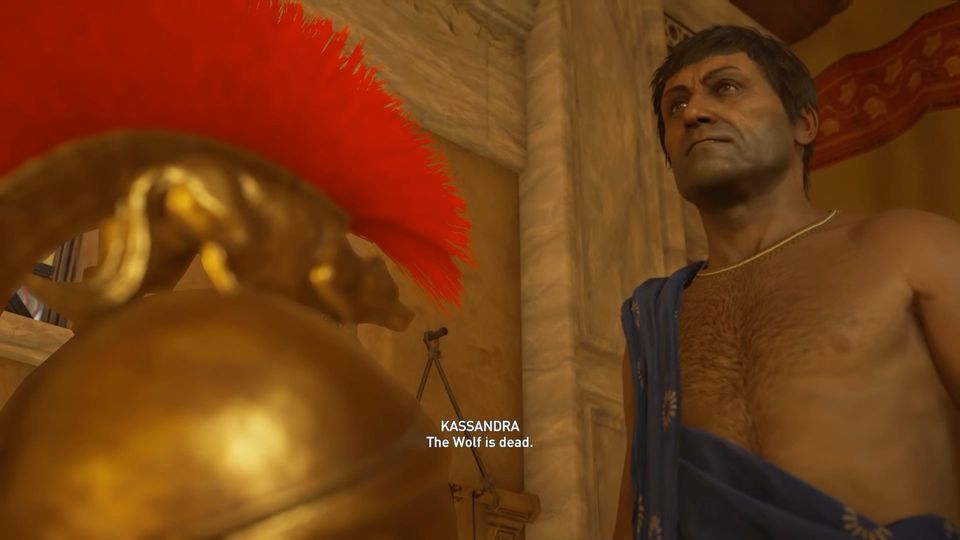 Go to Elpenor’s house (in the exploration mode, it will also be marked on the map) and show your mysterious employer a trophy for defeating Wolf. Even if you haven’t killed Nikolaos, Alexios/Kassandra will say that he is dead – apparently, to avoid upsetting the customer. 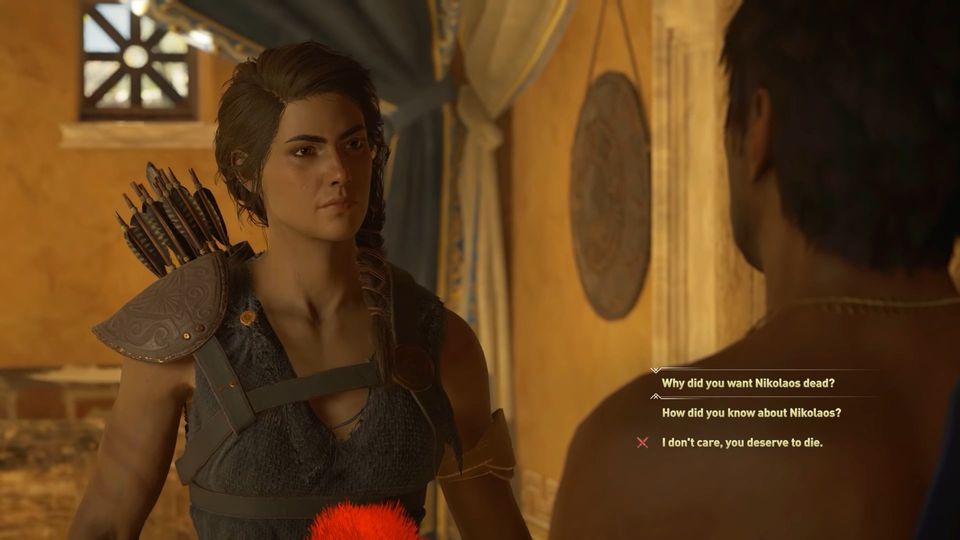 Interestingly, Elpenor knows that Wolf is not the real father of Alexios/Kassandra. You may ask the character how he found this out and why he wanted to kill Nikolaos. Both options will give you an idea of Elpenor’s values.

The third option – ‘’I don’t care, you deserve to die’’ – will lead to an early termination of the conversation while the main hero will be forced into the courtyard. In addition, you will have to deal with two armored bodyguards of Elpenor. We will later return to this scenario. 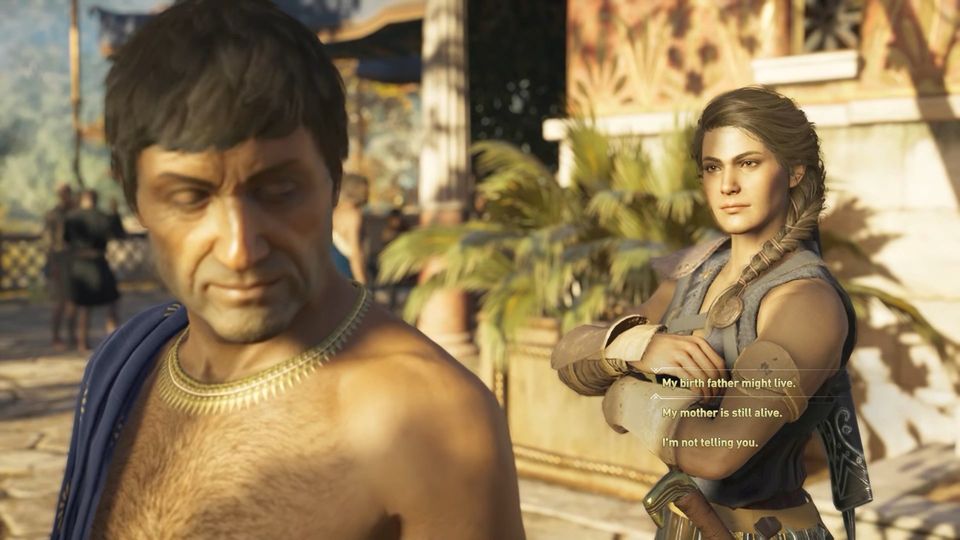 Elpenor will invite the protagonist into the courtyard where he will ask what the hero managed to learn from Wolf. If Alexios/Kassandra mentions the surviving relatives, Elpenor will offer to kill them. In all other cases, he will call the guards. 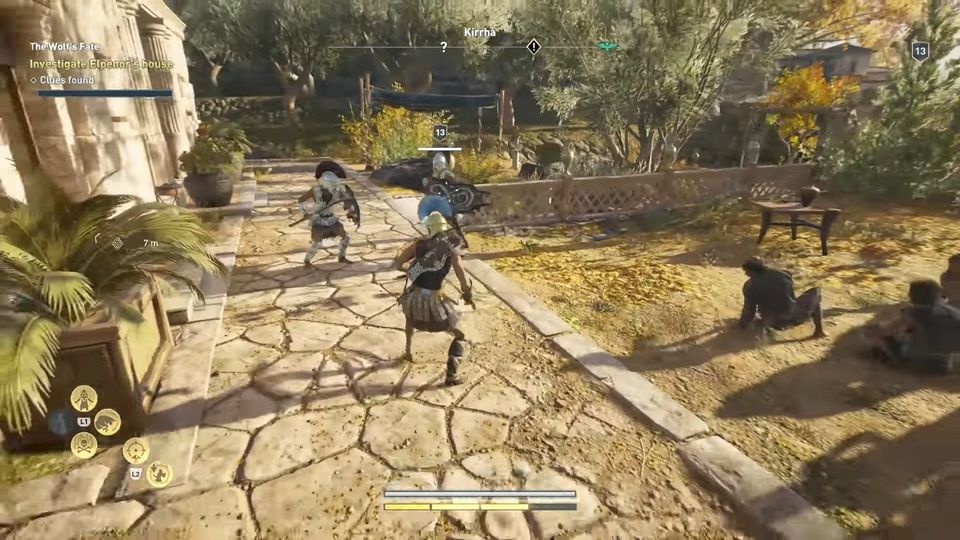 Elpenor’s bodyguards are equipped with shields that cannot be pulled out of their hands with the first-level Shield Breaker skill, so you will have to improvise. For example, you can use the Spartan Kick. In addition to the kick itself, it makes opponents vulnerable to your attacks for a few seconds.

e. Nevertheless, you should also watch the actions of the second soldier – a timely dodge will save you from damage and will provide a few moments of time slowdown.

You can take a waiting position and look for opportunities to parry – a successful block also makes enemies vulnerable to counterattack. To maximize your offensive potential in such cases, use only heavy attacks. 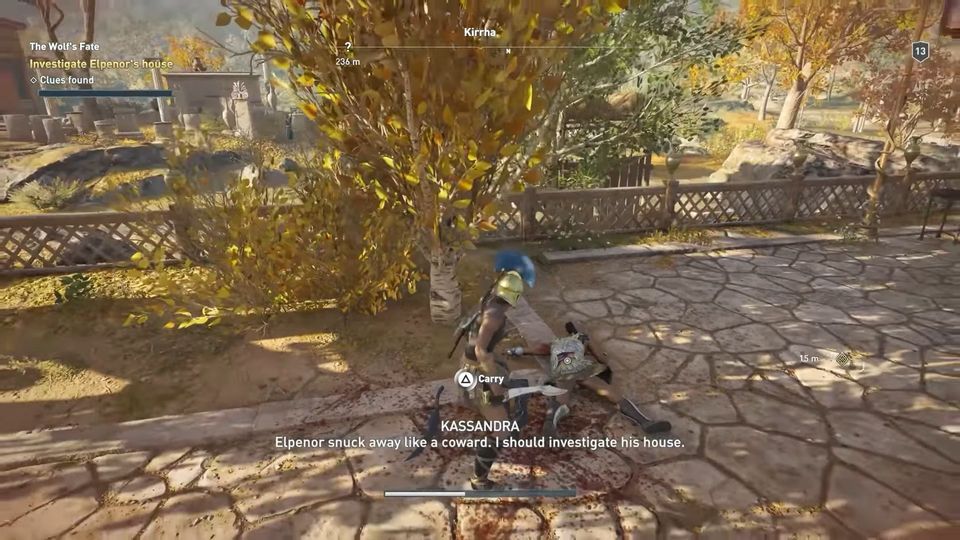 When both bodyguards are dead or lose interest in you (you can run away or hide from them), you can return to Elpenor’s house. While you were busy with the guards, he managed to escape in an unknown direction, leaving his compromising records unattended.

Once inside, inspect the documents marked by the appropriate indicator. You will know that Elpenor looks for a certain woman and also supplies weapons to both Spartans and Athenians. As a result, the main character swears to kill Elpenor, but for a while the threat will remain empty. 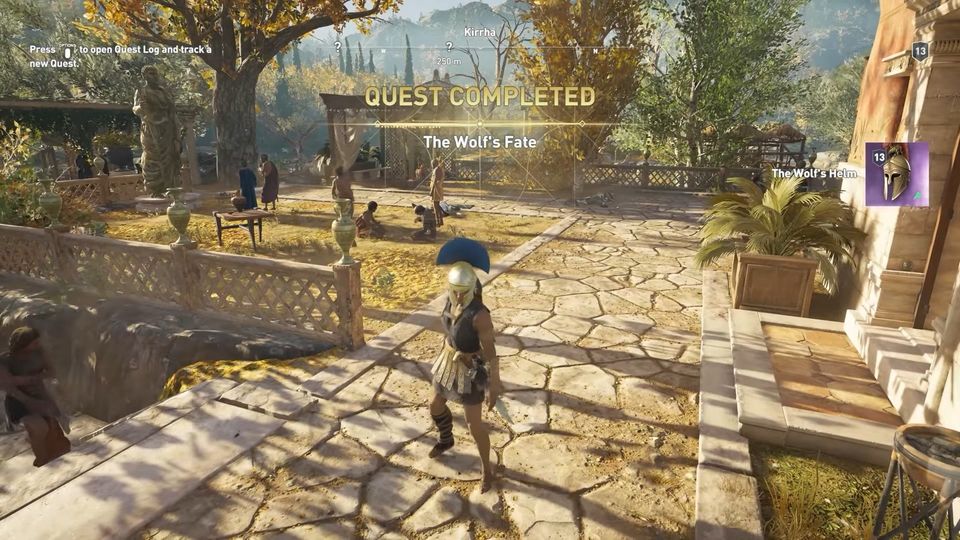 At this point, this mission will come to an end. You will get almost 4000 experience points, while Nikolaos’ helmet will be transitioned into the main character’s inventory as an element of equipment.