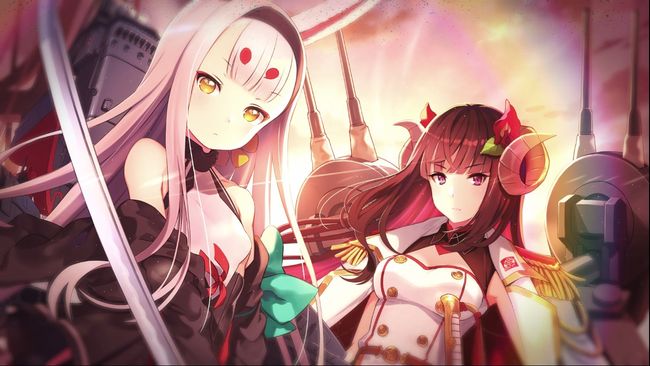 A guide for all the achievements in Azur Lane: Crosswave.

I mainly made this guide to help people answer some of the more common questions I have seen the last few days, and considering that those go hand in hand with some of the achievement’s. I added the feature to make an mostly complete achievement guide, with errors only in those areas, where people still are not sure where exactly the flag for certain triggers is.

Before I start with the guide I might add some information on why I make it and on what I aim for with this guide.

Firstly, why I make this guide:

Most of the time, while I read through the discussions of this game, I notice questions like ‘how do I get achievement X?’, ‘what does affection do?’, ‘ how to raise affection?’, ‘how to oath?’ etc.

Although it is fun to answer those once in a while, it slightly get repetitive over the time, especially since most of them can be answered by explaining them how to get the corresponding achievement.

Secondly, what I aim for with this guide:

my primary goal with this guide is to answer some of the more common questions that are in some way linked to the achievements, and additionally give people a guideline they can follow when they aim for certain achievements.

And finally a disclaimer regarding the achievement’s:

Out of whatever reason, some achievement flags don’t trigger once in a while. That’s why I suggest to ALWAYS make a save before starting a fight etc. since in some cases where they did not trigger for some (especially Chapter 6 Complete) the only option you have is to start a new game or roll back to an older save!

Impossible to miss when you do the story, since it is one of the chapter achievements.

Yet another impossible to miss when you do the story, since it is one of the chapter achievements.

Why do I even bother with explanations on those? Its another impossible to miss one, when you do the story, since it is one of the chapter achievements.

Same as the other three above, impossible to miss when you do the story.

Make a guess! Correct, its another one of those story achievements.

Not done yet, another one that is a story achievement.

The last one of the Story achievement’s.

Duty of the Home Port Watcher

Duty of the Home Port Watcher

Should unlock together with the ‘Chapter 6 Complete’ achievement.

This one is for completing the post-game chapter, the story itself ends with chapter 6, but they added an entire chapter, they funnily enough call ‘final chapter’ as post-game content.

The Greatest Result of Battle

The Greatest Result of Battle

Another straight forward one, just get a S-Rank in any fight, hard to miss, you would need to idle more than 2 minutes on all maps to miss this one, no matter the difficulty.

Not as Good as Sis, But…

Not as Good as Sis, But…

Funny enough easier to miss than the S-Rank one.

Just get an A-Rank, nothing better nothing worse, just have a fight that takes longer than 2 minutes, Chapter 6 has one that is known to end up with this rank when you first do it.

Skinship is Necessary and I’ll Work My Hardest

Now for two, that actually go hand in hand:

A straight forward one, just interact with your secretary ship (X-Box controller (X)-button in main menu)

It’s an Allowance from Home

It’s an Allowance from Home

Just recruit a new ship, depending on what ship you want to get first, it is easily doable between prologue (supporters like akashi) and chapter 2.

I would be mean just saying ‘what do you expect, when it involves Akashi’, just get one of Akashi’s ‘good finds’ (the gear finds are rarely good T1-white’s in post-game etc).

Straight forward, just play the game, you have to sink a certain amount of ships, but with a high chance you sink more than needed before your done with the Story and the Extreme Battles.

We Also Have Discounts…

We Also Have Discounts…

Its another easy one, just buy something in Shiranui’s shop.

This one is a bit tricky, technically it is esy, just upgrade a skill, but to get the skillbooks required you have to do Extreme Battles for T1, T2, T3 and T0 books (they get buyable when you completed a certain amount of Extreme Battles).

T3 books can get obtained in the last chapter, but since you need all of them sooner or later, you should do some Extreme Battles early on (level 11+).

This one is easier that someone would expect, you just need to make some UR-equipment.

The earliest point you can do this one is Chapter 2, since you can farm the blueprints for the ‘oxygen torpedo’ there.

This one is a little bit tricky (and there are some miss-information’s spread recently), you have to cognition awake a ship. To do so:

When all the above is done, open there status screen and press the Y-button (on X-Box controller) or for the K&M-users the button you have bound for the Y-button.

Pledge to the Rose Goddess

Pledge to the Rose Goddess

Equally annoying as the previous one, but is the one many people want, it is to ‘marry’ your ship. It sadly has has a few requirements that need to be done, as listed below.

After you cognitive awaken the ship, you can make the ring but you can only use it when you have done all above. To use it, the same rules apply as to awake it, simply go to the status screen and press the Y-button, or whatever is bound to that action.

The One Who Sees All

The One Who Sees All

This one, although straight forward on the paper requires some back-tracking.

First of, the requirement is to see all story-events, that includes all pre-battle events from the prologue up to the last chapter and the normal events. ‘Chapter 4: Break’ is the tricky part here. there is one time where you have to decide on what event you watch, and depending on what you pick, the other two disappear, but for the achievement you are needed to watch them all. The trick here is, you actually can watch the other two as soon as you have beaten the game (beaten Chapter 6) by going back into the main menu and pick Chapter 4 in the story-mode select.

Guardian of the Blue Route

Guardian of the Blue Route

Quiet straight forward again, simply beat all 110 Extreme Battles, but note that 101-110 only show up once in a while, and some of theme drop quiet good endgame-gear, so your better of, doing them as soon as your able to.

Straight forward on paper again, simply watch all character episodes in the episodes list (except the EX versions, bc those are from DLC’s).

Most of them unlock as soon as you have unlocked certain characters (need all for all episodes, obviously), with the exception of ‘Episode 50’.

Episode 50 has a different requirement, but no one is entirely sure what exactly it is, some claim it is beating all 110 extreme Battles, some say only beating 100 (so all first 100) other say you have to S-rank the first 100 and another people say you have to S-rank all 110. Simplest way to get it, is S-ranking all, recruiting all characters and a bit of prayer’s.

Note: I’ll update this one as soon as we actually know for sure what option is the required one for episode 50.

Collector of Paradise & The Azure You Obtained

The Gallery mode contains all story events, all backgrounds, all pledge-events (have fun grinding those) etc. The pledge events is the only real hard part on this one, but it is another one, where the exact flag is not known, and it sometimes has a tendency to not trigger even when you have done it.

The Azure You Obtained

This one is simple, just collect all other achievements.

All in all, a simple to 100% game where the only real grind is time-consuming but not that hard.

PS: I can’t really think about anything to write here, simply bc of the nature of the game, so enjoy it everyone (Or at least try to) and have a nice day.