SPOILERS! All the places to scan Snaxsquatch.

There are two rewards for finding Snaxsquatch, but they are both secrets. Read on if you want spoilers.

The first is the Candid Crypdid achievement. You get this for scanning Snaxsquatch in any location.

The second is a hidden mail reward for scanning Snaxsquatch in three different biomes. With this comes new decor with your home: Snaxgoyle roof decoration, and Matilija Poppy garden plant.

Tip: On the main island, Snaxsquatch vanishes once you look directly at it. Until then, you could get as close as possible, though the downside is you don’t know if it’s actually there until you look. Its presence isn’t reliable, but some areas seem to be more frequent than others. For me, it was Garden Grove, Sugarpine Woods, and Scorched Gorge — it seemed to show there about half the times when I was in the area during the right hours. At one point, the one in Sugarpine Woods scared the bejeebus out of me, because I’d been backing up to get a good picture of the nearby Snakpod for that guide, and when I turned around, I was literally face to face with it. 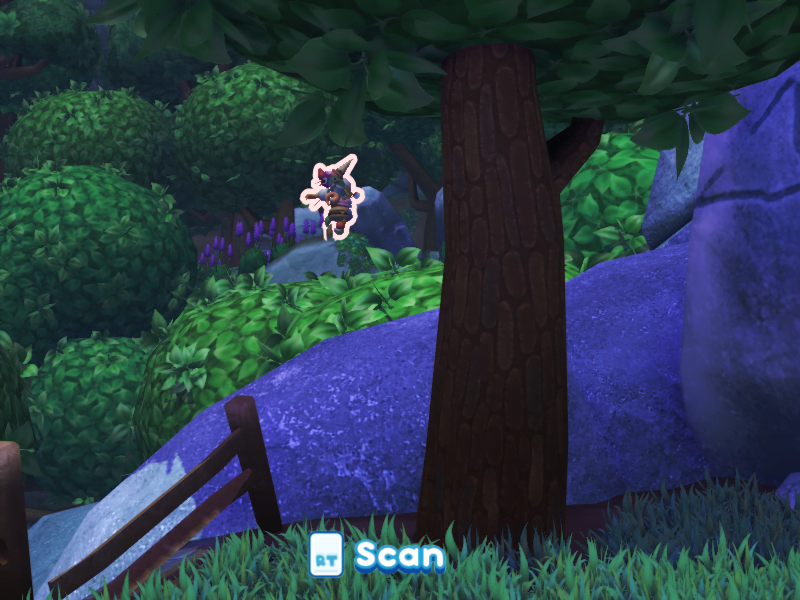 Time: Night
Location: Enter from the Snaxburg gate, and move to the start of the bridge. From here, look up and to the right, and Snaxsquatch will be standing on the rocks. 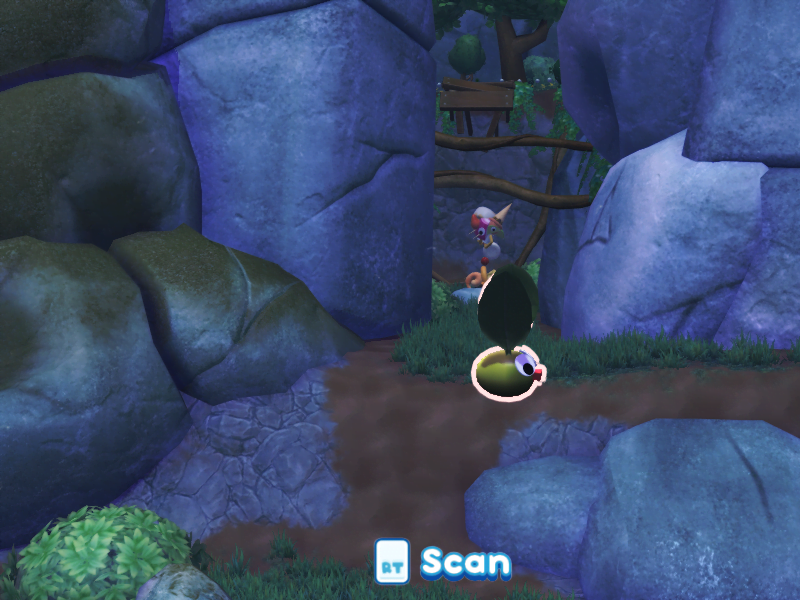 Time: Night
Location: On the rock that knocked you out when you first arrived on the island. Either come around following the stream, or sprint-jump up to the middle cliff using the bushes and rocks to the left of the Peelbug hole. 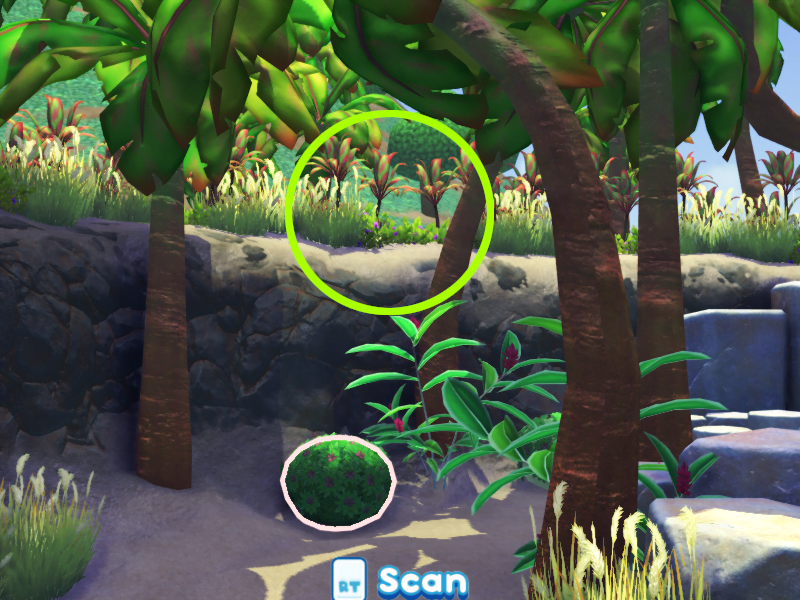 Time: Afternoon
Location: Top of the ledge on the north side of the area with a Kweeble and a Tropicabug. Note: I could not get a picture of this one in its location. I tried for two hours, running back and forth from here to the Snaxburg gate. I’ve only personally seen it here once, when I wasn’t actively looking for a screenshot of it. 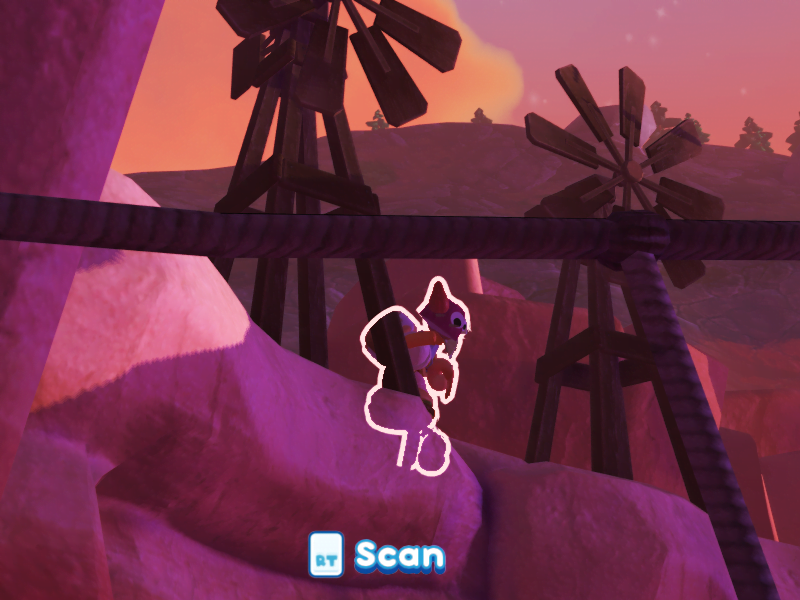 Time: Morning
Location: Between the leftmost two of Cromdo’s windmills, next to the bridge to Sizzlin’ Sands. 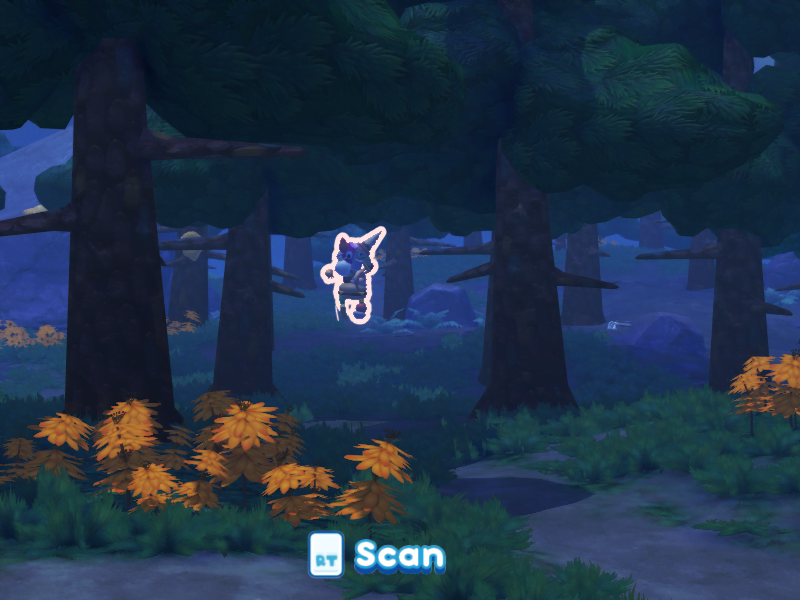 Time: Any
Location: To the right of the gate to Snaxburg, near the rock with the Snakpod. This one might be difficult to scan since there are so many other things around. 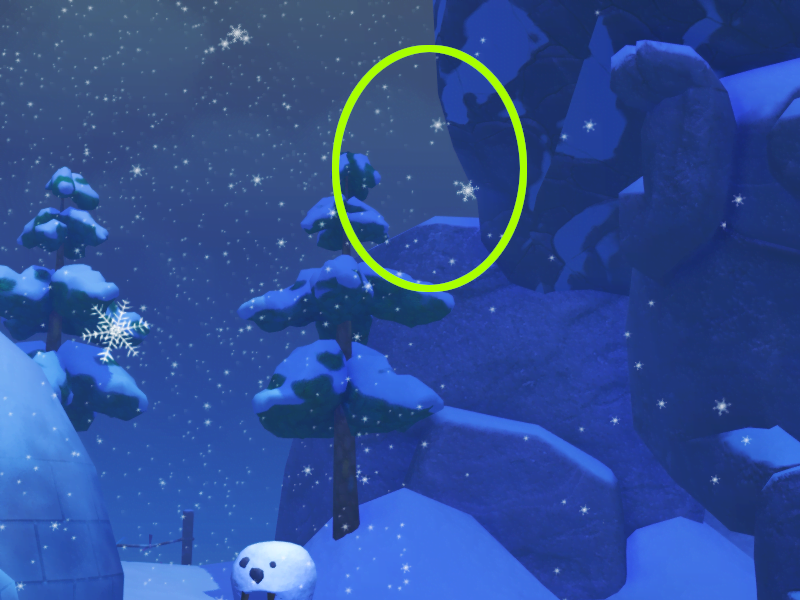 Time: Night
Location: The small ledge overlooking Eggabell’s igloo. Note: This is another one I had trouble catching. I never saw it here, and I gave up after an hour.

Your reward for scanning Snaxsquatch at least three different biomes will earn you a mail delivery from an unknown source, with these home decorations as a reward: 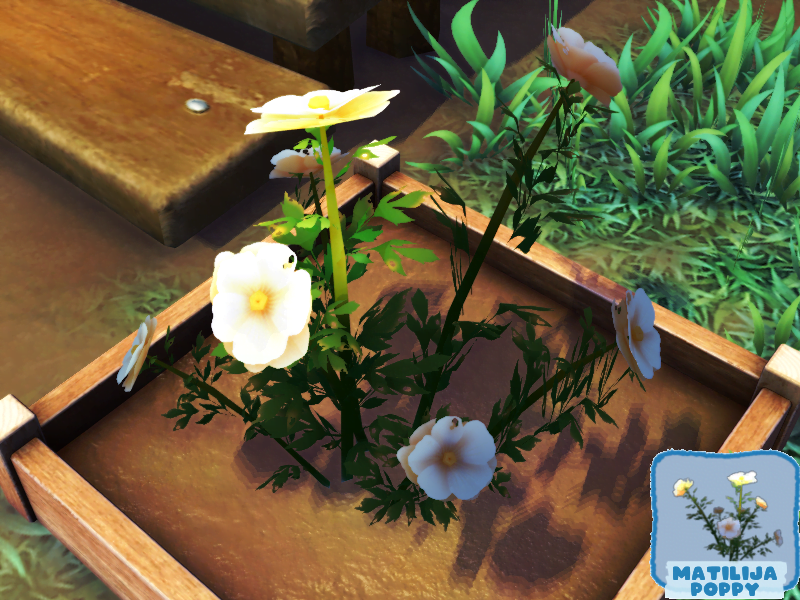 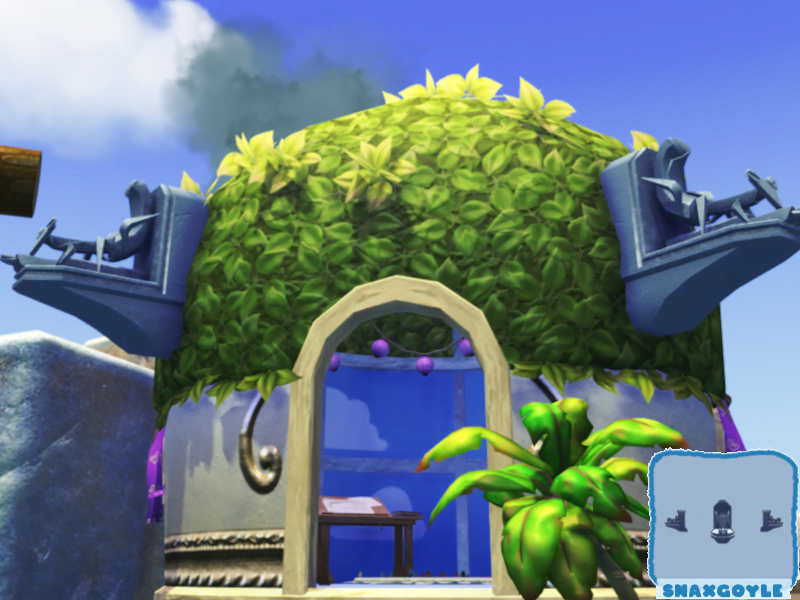 Endgame spoilers ahead! Lots and lots of spoilers!

There are three more chances to scan Snaxsquatch, all three scripted, in the Undersnax. I don’t think these count as biomes for the secret mail, and this is past the point of no return, so hopefully you’ve gotten it by now if you’re going for completion. 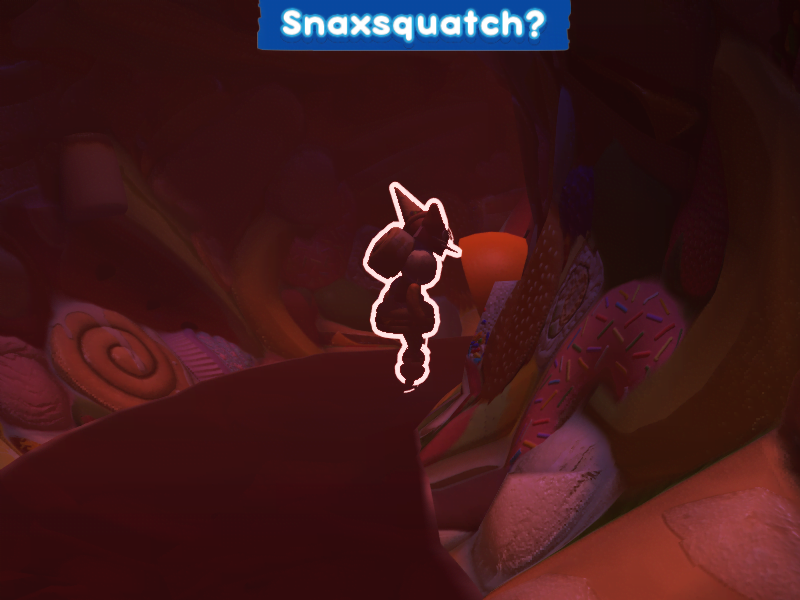 The first is shortly after you land. As you progress down the tunnel, you’ll see Snaxsquatch standing in the middle of the path. If you approach, there’s a quake that knocks down some loose food, and when the world settles again, it’s gone. 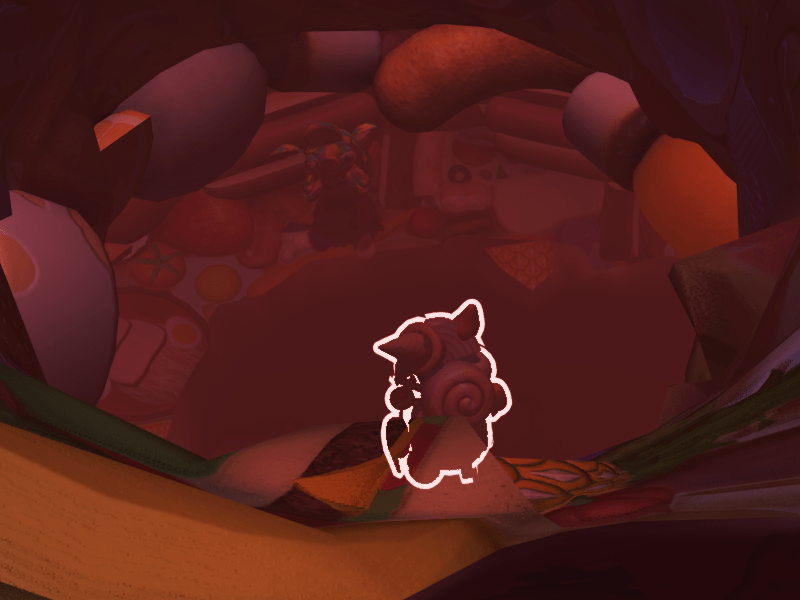 The second is below the opening at the end of the tunnel, where you can see Snaxsquatch and Filbo. You can scan it from here, but if you fall down the hole, you’re unable to do anything until Snaxsquatch vanishes. 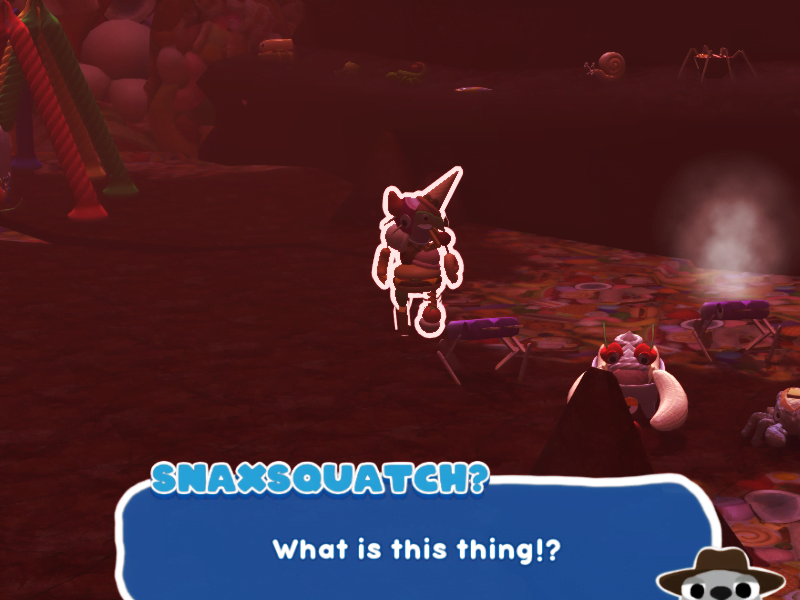 The final chance is in the main room, where you finally encounter Lizbert. Snaxsquatch is standing off to the right. It doesn’t disappear from here, so you have plenty of time to scan it at this point.