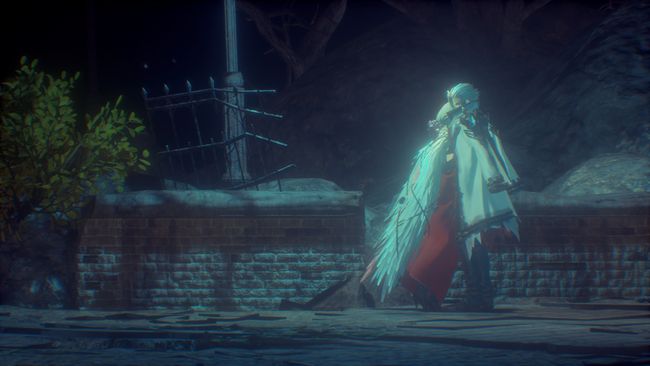 Each character will have a set of side quests that you are going to complete for them if you want 100% completion of Code Vein.

In Code Vein, both humans and revenants roam the world. Most of the NPCs in the game only appear in various locations whenever you’ve activated all the Mistles of a location and have completed its main quest or defeated the boss. Make it a habit that whenever you do complete a location to revisit that explored area for these quest givers to appear and to encounter someone new. It is also recommended that you try to complete all the locations before reaching the final location Gaol of the Stagnant Blood so that all the NPCs will appear in the various locations and it’ll be easier for you to find them whenever you take their requests.

Matthew is an NPC and Quest Giver in Code Vein. Although he is an inexperienced fighter, he is a brave wandering revenant who is curious to find what lies ahead.

To find Matthew, players must first complete and defeat the boss of the Ruined City Center. You’ll find him sitting and looking exhausted near the City Ruins Entrance Mistle, speak to him and he’ll ask for your help to kill a monster that’s stopping him from further exploring the area. After talking to him, a red marker will appear on the map which indicated the location of the enemy you have to kill. Simply kill it then report back to Matthew – he’ll give you 1x Loss Shard (M) and 1x Regen Inducer for completing the quest.

For the second request, make sure to leave the Ruined City Center first then revisit it. By now you’ve already completed the location and have unlocked the shortcut of the Parking Garage Mistle. From the said mistle, head to the back shortcut which leads to the stairwell of the parking garage, you’ll find Matthew sitting at the corner, speak to him and he’ll ask you to bring him a weapon. To find the weapon, head down the stairs and go around to the other side of the fence, you’ll find 1x Battered Weapon on the ground next to the vehicle. Now, go back to Matthew and hand in the weapon – he’ll reward you with 1x Loss Shard (L) for delivering the item.

In order to obtain the third quest, the Howling Pit location must be completed first as well as the first two requests of Matthew. To find him, teleport to the Bottomless Shore Mistle of the Howling Pit and make your way to the north-western side of the map from the mistle or simply open your map and you’ll find an indicator of an NPC’s location. Simply speak to him and he’ll ask you again to kill a Lost that’s preventing him to travel further. After the conversation, your map will indicate the location of the enemy, simply kill it then report back to Matthew – he’ll give you 1x Condensed Loss Shard (S) for helping him.

For Matthew to appear at the said location, players must complete and defeat the boss of the Crown Sand and have completed Matthew’s other three requests. You’ll find him near the Crown of Sand Entrance Mistle at the Crown of Sand, again, once you speak to him, he’ll ask you to kill a monster that’s preventing him from traveling any further. Simply follow the red marker indicated on your map to find the enemy, kill it, then report back to Matthew to complete the request – he’ll reward you with 1x Condensed Loss Shard (L) and 1x RV Mastery (114) for helping him.