Things to know before and while going for the Lingua Franca Achievement.

You want the following rules:

The important change being the extreme realm stability.
As long as you don’t stray from Orthodoxy, you shouldn’t have to fight factions ever.
Real blessing.

No AI divergent cultures makes it easier too.

This guide is setting you up on the road to world domination.

Thus you begin with the obvious choice:

Unless something changed by the time you read this, creating your own Ruler does NOT allow you to be eligible to the LF achievement.

I strongly encourage you to check whether you’re eligible or not right at the beginning, if you do try.

The first thing to aim for is the By The Sword tradition:

Reform the Greek culture you start with ASAP, and add it

You actually need 4000 Prestige for that, on the condition that enough Zealous Greek Rulers exist, starting from Count. You can easily arrange that with a few Duchy Holy Wars while giving away titles.

By the time I got the achievement, the culture looked like that :

It’s all about personal preferences though.

The second thing to keep in sight at the start of the game is the mending:

Once you’ve successfully mended the Great Schism, you’ll be able to wage Holy Wars against other Christian rulers.

Finally, you must restore the glory of the Roman Empire!

Possibly you should do that after acquiring a few Empire titles, so you can get the benefits of De Jure-ing those.

After accomplishing these goals, it’s all about waging Holy Wars without angering your vassals too much.

You don’t actually need to fully paint the map; more and more courts will start adopting your court language once the AI starts realising that the huge court grandeur bonus is actually profitable to them.

This was my map the moment I got the achievement: 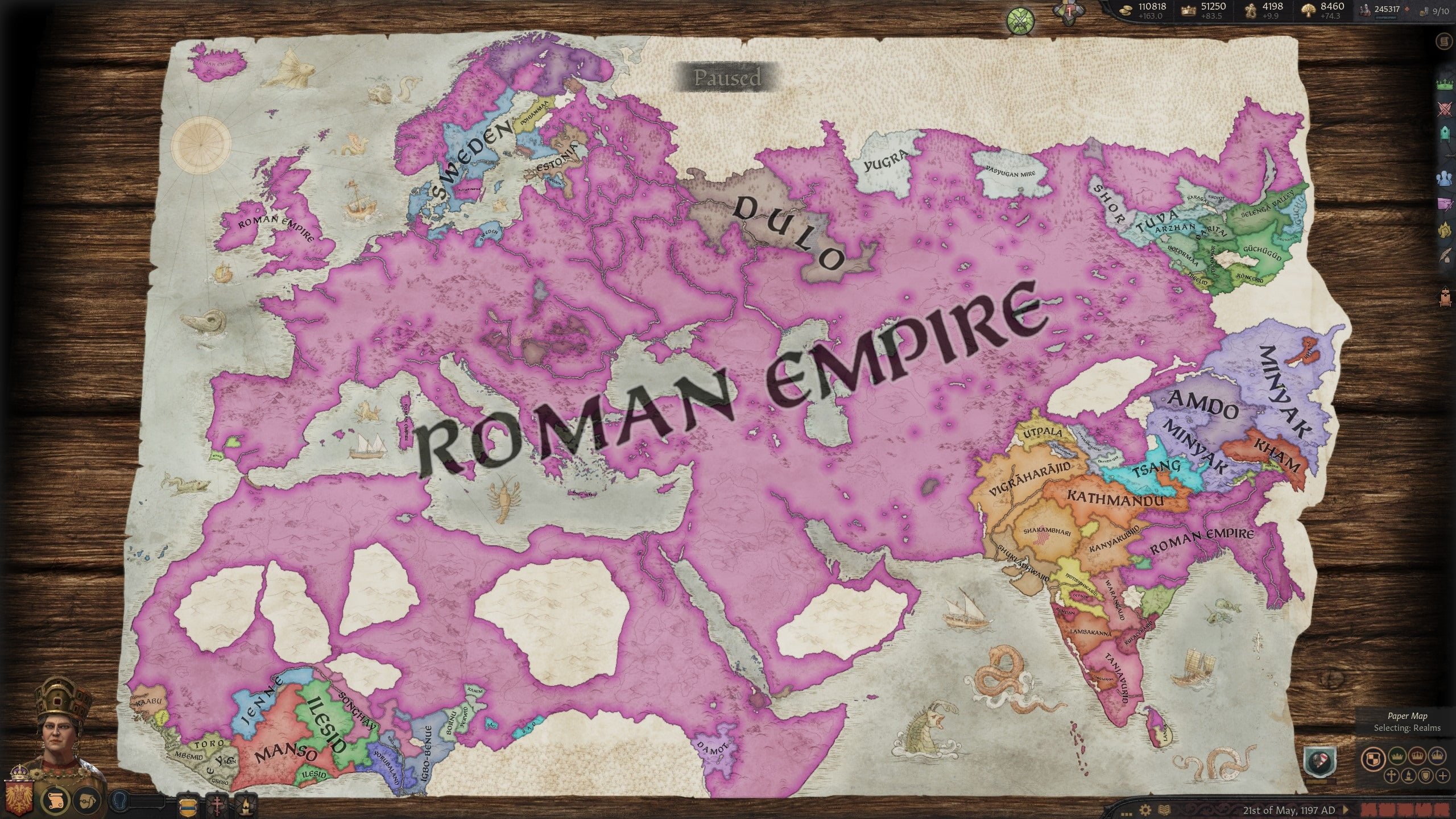 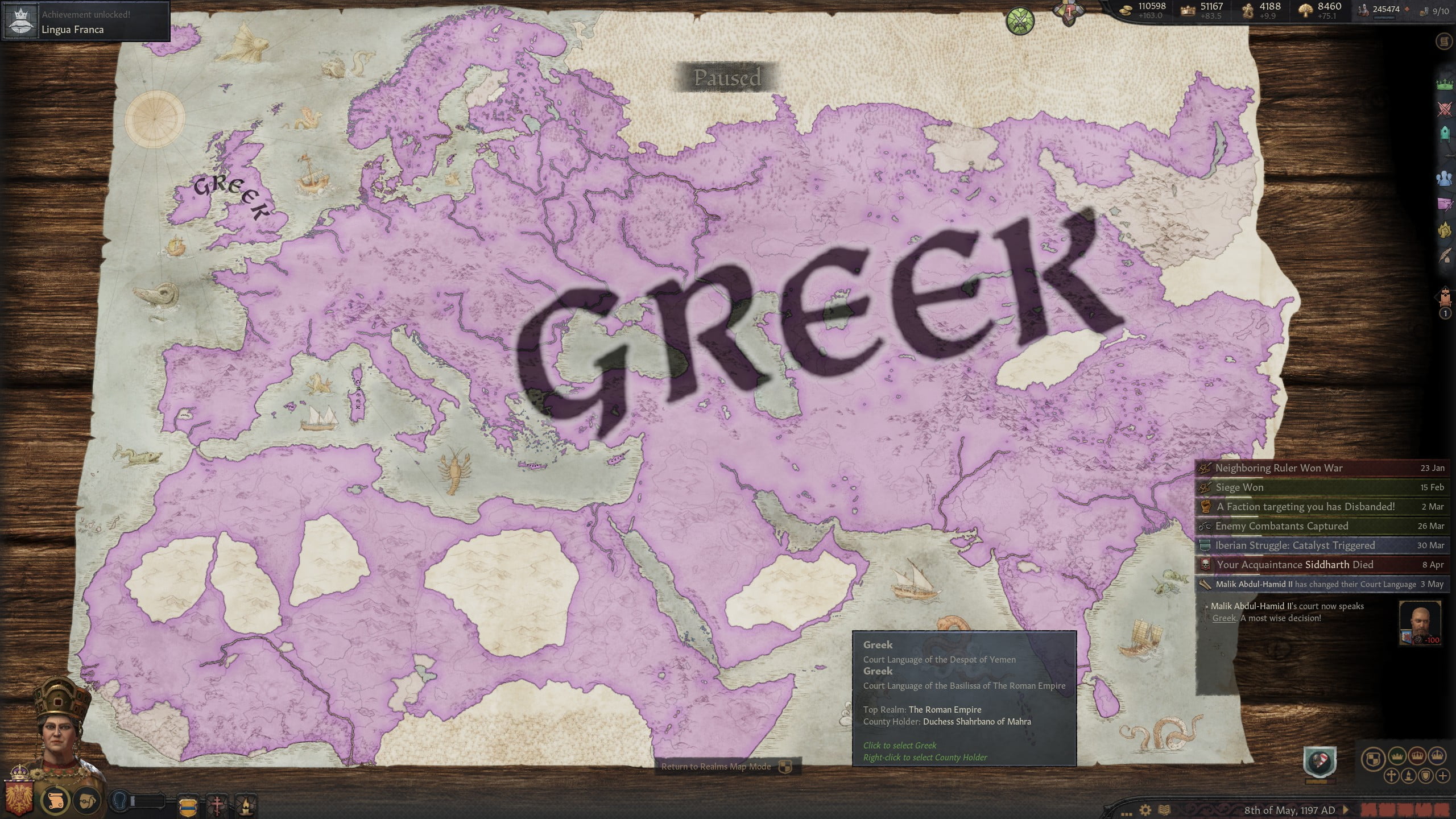 The Iberian rulers actually refused to change theirs even after everyone else did; they had to be destroyed last. Disabling the Iberian struggle might help with that, idk.

Things to keep in mind

Good luck, don’t give up on it!