Killing area level 10 bosses for the sake of experience, while also getting decent loot.

We’re going to visit only places that are only level 10, because this is where our bosses spawn. Visit only diners, shops, and small apartments. These are small, and have guaranteed boss rooms. Fingers, Mother and Choir grant 480xp per kill + 50xp for using the key on their door.

Going below level 10 only spawns stronger variations of burning / irradiated / bleeding / bacterial zombies that apper on level 15-20 areas. They grant maybe 1/5th of the experience per boss, and the loot from them is also lower level, don’t bother with them.

Going above level 10 will add Juggernaut and Tendril to potential boss spawns, both are incredibly fast and dangerous. Not only they are very hard to fight, higher level areas also have higher spawn rate of zombies through doors, which also can be burning / irradiated / bleeding / bacterial. The experience rewards for these bosses are also not much higher than the level 10 ones. 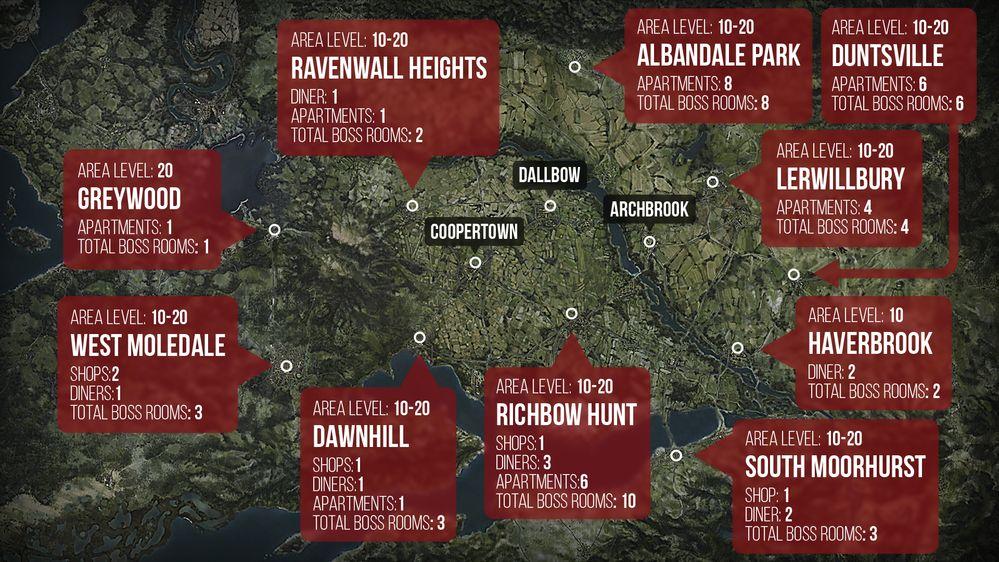 The most annoying of the three, can’t look into his eyes for more than a second.
Kite him around large couches and tables, when he’s on the opposite side of one of those he’s not looking directly at you, this strategy works well with shotguns.

Alternatively keep repeatedly shooting one of his legs until it’s destroyed, causing him to crawl around, being almost no threat to you. As long as your camera is angled towards the floor, it’s fine to face him.

Kill additional zombies that come through door as soon as possible.

Mother is slow and easy. Don’t bother with killing the parasites, but be mindful of them and kite both them and the boss around the room. Kill zombies as they come, they will stop spawning once there’s too many parasites, since they take up zombie slots in the room.

Choir does decent damage with his scream. Move from corner to corner of the room, making sure he’s circling the room and not walking through the middle. As with the rest, prioritize killing additional zombie spawns.