For those who don’t know, Gentleman Mode is a special difficulty the devs put in to give an extra challenge to their playerbase. You have 3 lives, and the main change is simple: Blow up any single piece of clothing and you lose instantly.

In other words, once you choose that difficulty it changes the game from holding A/D+M1 and killing everything before it gets onscreen, to suddenly having to pick your shots between hitboxes, and depending on the level sometimes even doing full on pacifist runs until the boss. Suddenly you’ll realise the dangers of having far less or even NO super meter to use, and having to endure boss patterns for far longer than before. It’s a pretty different style of play!

Now, as for preparations, it should be obvious but you should really beat the game first. Not just to unlock the powerups but also to get used to and learn the stages and boss patterns. The game’s difficulty is directly tied to practice. The babies whining about difficulty in the forums are people too lazy to grasp the concept, so do it. 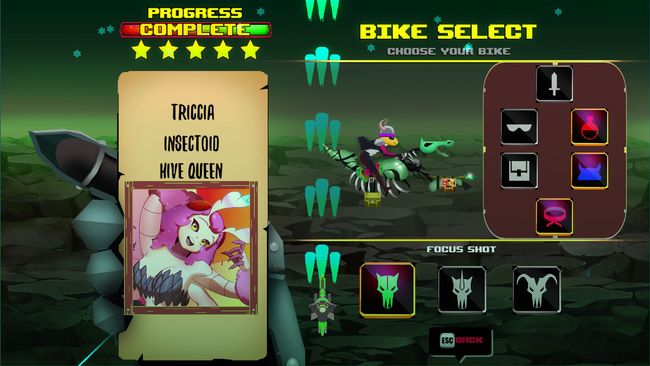 This is the optimal build for Gentleman runs. You want a narrow shot to avoid clipping clothing hitboxes as much as possible,and as much survivability as possible because you’ll be letting a lot of enemies live. Extra damage and shot options aren’t worth it compared to extra lives, because it’ll increase your clothing damage too. The sword also damages clothes when you slash it so again, leave that disabled.

In the next screen, make sure your sensitivity is set how you like it (though 10 or higher is better for dodging) and take the Bomb or Slow Motion. Bomb’s excellent in every situation and refills itself when the screen’s filled with shots, and Slow Motion could help you dodge hairy situations. Do not touch the others; Justice Laser will damage clothes, and the Mystic Dice can refill you with free bombs but it can also steal your special meter and all of your options like the Laser and Machine Gun. 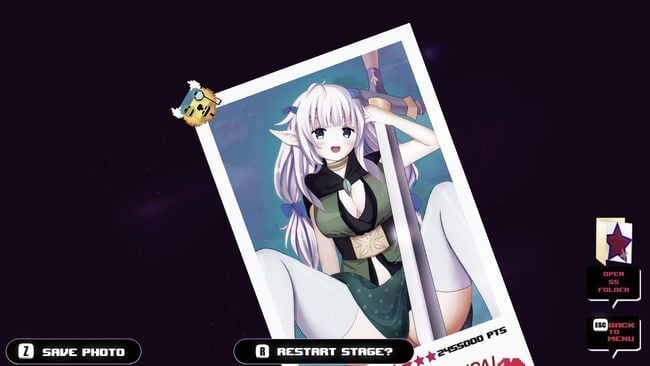 Pretty much the starting waifu, Rena’s a fairly simple starting level. Nice and straightforward enemy patterns, simple boss. It’s easy to avoid shooting her clothing hitboxes so you can consider this a free win. The only thing to mention is her loincloth has what I call a “Hidden hitbox”; a clothing part, usually skirts and accessories, that takes damage and can be destroyed but shows no health hitbox and will instead flash briefly when shot. These are the real danger, not the enemies or big visible hitboxes, so learn to hate and spot them now. 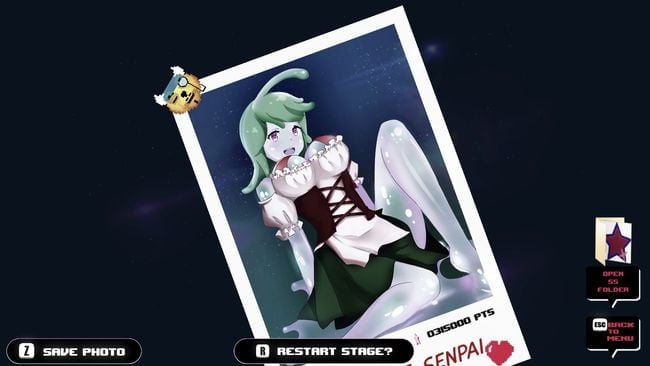 This is a huge leap in difficulty compared to the previous level. Basically half of the level is her skirt; a giant hidden hitbox that’s absurdly easy to clip for most of the level’s movement. You’re essentially limited to only shooting from her breasts/knee and above. I hope you’re good at dodging, because you’re also going to have to watch 80% of the enemies come into the level, fire off their attacks, and then leave again.

The only silver lining is that the boss itself is a free win once you get to it. Take your time dodging the slow falling slimes, throw a bomb if you still have one to kill a bunch and speed it up, and take advantage of the jiggly high health chest hitbox to get some extra shots off; it’s fine as long as it doesn’t hit 0! 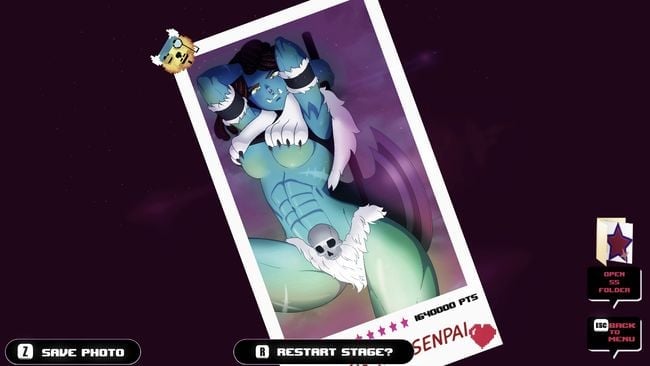 Free level! Lots of empty safe space to shoot in, and the only thing of mention are the two hidden hitbox armbands and the loincloth. Really nothing else to be said. 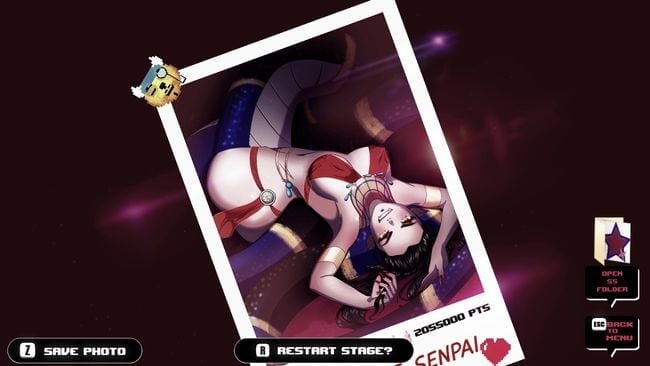 From a free level to this hot mess of suffering and agony. This is probably the hardest level in the game to Gentleman for several reasons. There are a ton of hidden hitbox jewelry pieces, some of which have bafflingly huge hitboxes compared to the item themselves.

It’s also a marathon level, and goes on for a solid two minutes or so, which you’ll be spending dodging around a ton and trying to sneak a shot out or two to alleviate the pressure. Even WORSE than this, the miniboss is usually Devil Angel who is the hardest one of the three by a large margin and a real piece of♥♥♥♥♥♥for spamming shots everywhere.

And after all of that nonsense? The boss is the tankiest, hardest to kill boss in the game. It takes a ton of shots, the camera movement hurts you with how often you’ll accidentally clip clothing parts AND sometimes the red circle of death attack won’t show the graphic and just randomly kill you! Stick to the top corners to avoid it, and prepare to waste a solid 10+ minutes easily on your winning run. 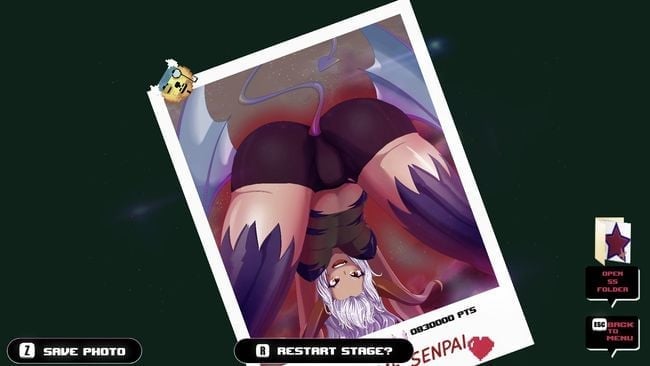 This one is a pain in the balls for one simple reason; her shorts have a large hidden hitbox next to a normal hitbox. It’s very easy to not notice until suddenly it explodes and you’ve lost. Repeatedly. Apart from the shorts the rest of the stage is easy at least.

Only other thing to mention is the boss. It’s a bit of a prick and vanishes constantly, so it’s hard to get damage down and easy to accidentally clip the shorts behind the boss if the camera’s moved up. Fortunately the attack patterns are the easiest in the game, so just take your time and the boss will die. 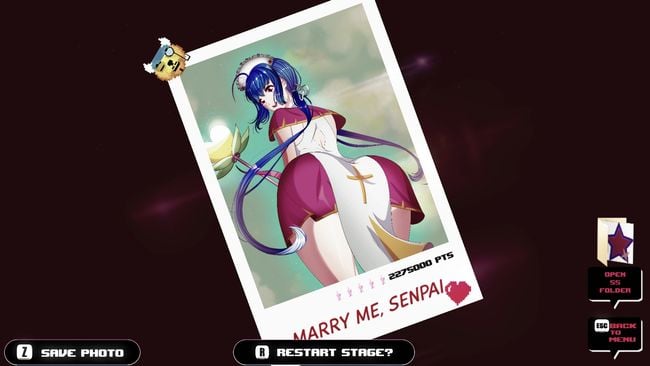 Probably going to be a certain australian guy’s favourite because holy booty, Batman! o.o Anyway, there’s really nothing to talk about here. Her bum’s hitboxes are big, but there’s plenty of room to maneuver and no hidden hitboxes to worry about. Free pass! 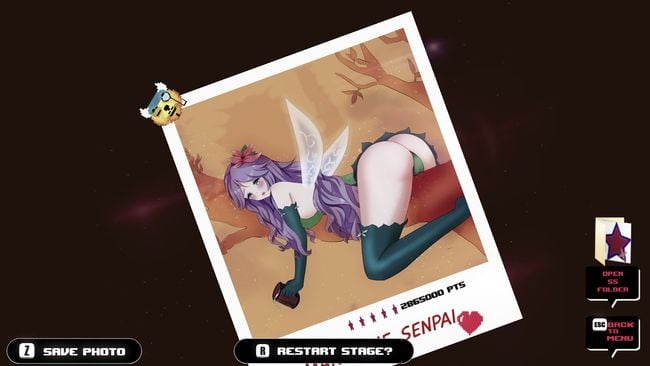 Best Girl, and anyone who says otherwise is a thot. Nothing relevent to say here; it’s another Free Pass level! Just careful about shooting her underpants as it’s a hidden hitbox and you won’t be able to see the health. 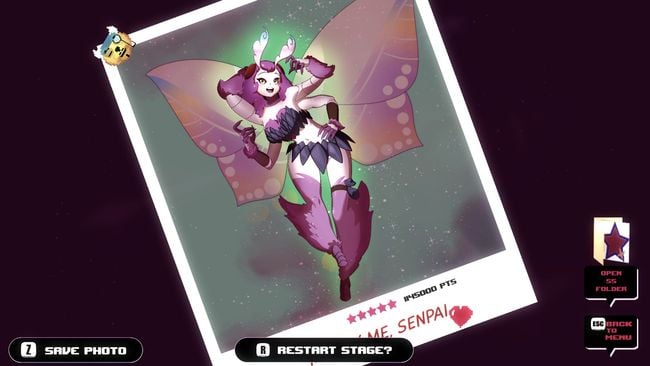 Pretty tough level, honestly. Everything except for her wings, face and right leg is hitboxed more or less. Shoot her arms? Fail. Shoot her skirt or legband? Fail. The challenge isn’t the fighting or the boss, but having the patience to not blast all of the hidden hitboxes covering her body. 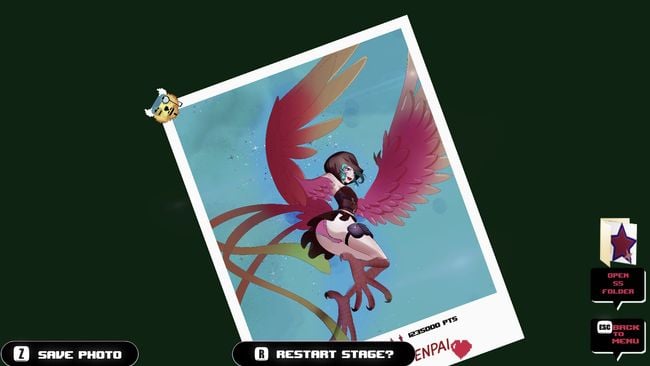 This level itself is fairly straightforward, plenty of empty space thanks to her wings and legs. The only difficulty is that her legband and skirt are hidden hitboxes so watch your shots in case they run out of health.

The boss is a real swine to fight because it might try to trap you in a corner with a ball that leaves a laser trail behind for several seconds, but the real danger is the charged up laser shot; it’s aimed directly at you and has a random charge up time before firing. It might be 4 whole seconds, or it might be half a second. I recommend grand sweeping U motions from the top corners, going around the boss. 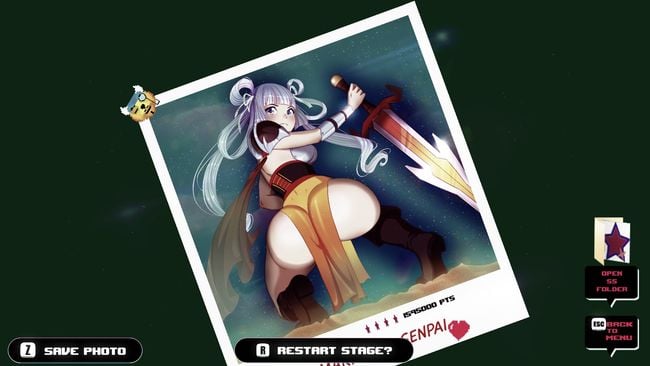 You’ll probably retry on this stage a few times. The miniboss is a♥♥♥♥♥♥and sticks around a long time usually, and on top of that she has big hidden hitboxes on her metal shoulderpad and wristguard so careful with shots at the beginning.

The real issue is the boss. You have to DPS it down as fast as you can, and then wait until it goes above her bum because her loincloth has a big hidden hitbox you can very easily hit without even noticing. Only recommendation is to fail once and figure out when to stop shooting. 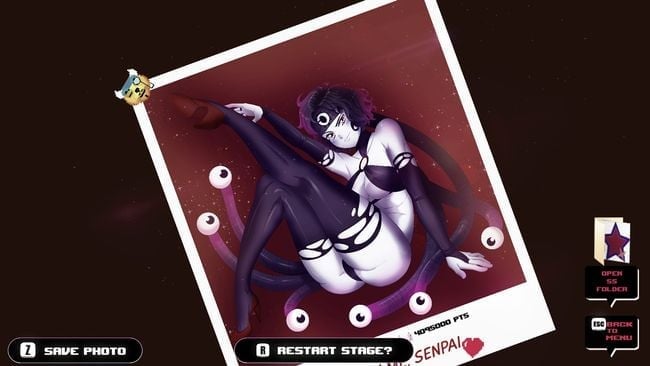 It’s probably the toughest overal level in terms of raw difficulty, but for a Gentleman run it’s actually not that bad. The hitboxes are spread out, there’s plenty of open space, the camera gives a ton of room because it moves slowly across the edge of the picture in a U shape from right to left, and there are no hidden hitboxes. The danger will be dying to enemies, so I hoep yer good at dodging.

The boss herself is actually very easy to DPS down, just stay glued to the bottom middle and firing until her third big attack, then dodge to the far left or right until the deathzone vanishes and repeat.

Special note: The eyes aren’t clothing, so feel free to shoot them closed to lower the amount of bullets coming at you. They open for the photo anyway so don’t worry about that either. 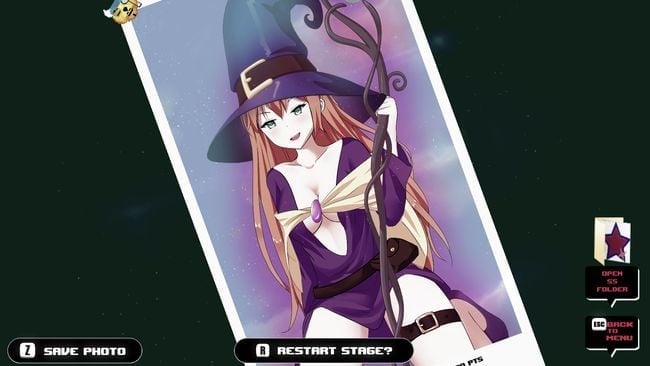 Very narrowly Second Best Girl. Her level is easy to progress through without shooting the clothes thanks to the camera pathing. The only danger is from the boss who has an obnoxious pattern of shielding itself for total invulnerability for several seconds, and dropping it to attack while it’s on top of clothing.

Just take your time, shoot it when you can, and you’ll have beat the entire game in Gentleman mode!