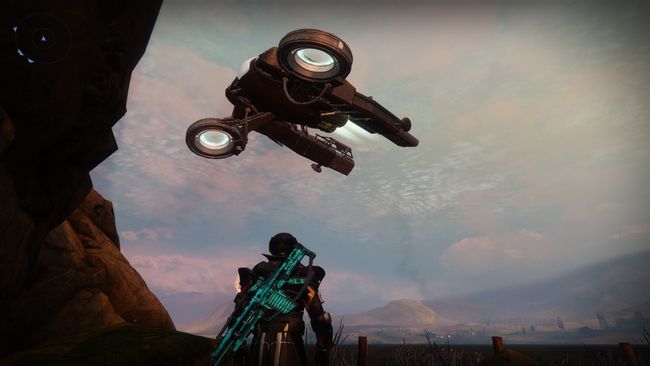 This is my guide on how to get the exotic hand cannon Thorn, that came out as a new weapon in season of the drifter. I will be naming which ways I think are most efficient for beating quests, however, this is purely opinion and I will list the other ways if you feel they are more efficient.

Important Note: Requires Destiny 2 Forsaken or this will not work!

Destiny 2 How to Get Thorn (Exotic Hand Cannon Quest)

Whether your looking for a new powerful weapon, wanting to complete your exotic list, or just want to dominate the crucible, Thorn is a great weapon to do so. Here is how to get it.

Open your director and select the EDZ or Earth. Pick Trostland as your landing zone. Enter the salt mine. If you don’t know where that is, head forward along the left side of the church that Devrim Kay is in. You will reach a big stone wall with a gate in the middle, guarded by a couple Vandals and/or Dregs. Enter and follow the path into the mine where you will fight some fallen. After that if you head straight from the entrance of the room and look a little to the left you should see a fallen teleporter.

Head to it and hold your action button. Once there you will fight some fallen once again. After that run to the top of the hill. Your path should be blocked by a fallen barrier. Instead if you look to the left of that you should see a narrow path along the cliffs edge. Make your way up and you will find a little campsite. If you look to the left you should see a little campfire pit. Stand on it and you should get a prompt to “Sift through the ashes”. Activate this and you will find a “Melted hunk of metal”. Now all you have to do is return to the tower and speak to Banshee-44.

After speaking to Banshee in the tower you will receive a quest to gather hadronic essence. There are three ways to do this. Each rewards a different amount of points which are listed next to it.

It is said that completing Nightfalls grants the most progress.
In my opinion the quickest way to do this one is to just run Nightfall: The Ordeal three times then do a bounty from Asher Mir on Io.

Next you will be tasked with obtaining plasteel plating. You can do this by:

It is said that completing heroic Blind Well events grant the most progress
The best way to do this is to do two bounties from Sloane and then just run Blind Well for a while.

After that, you will have to gain Sapphire Wire for the final material on the list. You can gain this by:

The quickest way to do this is to grab all three Ana Bray bounties and complete them while you are doing Escalation Protocol, since they are both on Mars.

After gathering fifty of each component your next quest requires you to defeat guardians in the crucible using either void weapons, or hand cannons. It is also worth knowing that Iron Banner or competitive matches grant more progress if your a bit more advanced at PvP. I don’t know the exact math on this one but the quickest way is to equip a void hand cannon such as the Cold Sweat hand cannon from the Trials of the Nine, or the IKELOS_HC_V1.0.1 which comes from the Warmind expansion, and run a couple crucible matches. Additionally changing your subclass to void energy also helps.

After reaching 100% connection strength, you will have to travel to The Farm social hub on Earth. The cryptarch there, Tyra Karn will update your quest step to the “Chasm of Screams”. You are tasked with defeating the arbiters Sardav, and Telesh, then defeat Savathuns Song in the Savathuns Song raid. To do this, open the director and click Titan. Then look for a strike called Chasm of Screams.

Thanks for reading and here is the video that helped me when I didn’t know how to get it, so thanks so much.

Congratulations! You have just acquired Thorn! Now you can use it in crucible or PvE!