The threat of demonic power has returned to menace the world once again in Devil May Cry 5. The invasion begins when the seeds of a “demon tree” take root in Red Grave City. As this hellish incursion starts to take over the city, a young demon hunter Nero, arrives with his partner Nico in their “Devil May Cry” motorhome. Finding himself without the use of his right arm, Nero enlists Nico, a self-professed weapons artist, to design a variety of unique mechanical Devil Breaker arms to give him extra powers to take on evil demons such as the blood sucking flying Empusa and giant colossus enemy Goliath.

A brotherhood defined by hatred and grudging respect. A rivalry for the ages. Vergil and Dante clashed…all their grievances, their enmity, their reasons to fight, focused into one decisive battle. But this would not be their end…

Nero, having found his own reasons to fight, comes between his father and uncle. There will be no fratricide this day.

At the beginning of the chapter, Nero calls Kyrie. He needs help because he is in doubt. Kyrie supports her lover, saying that he has always chosen the right path. He says goodbye to her, telling that he has unfinished business. Nero failed to save Credo as he lacked force at that time, and he still hates himself for this failure. 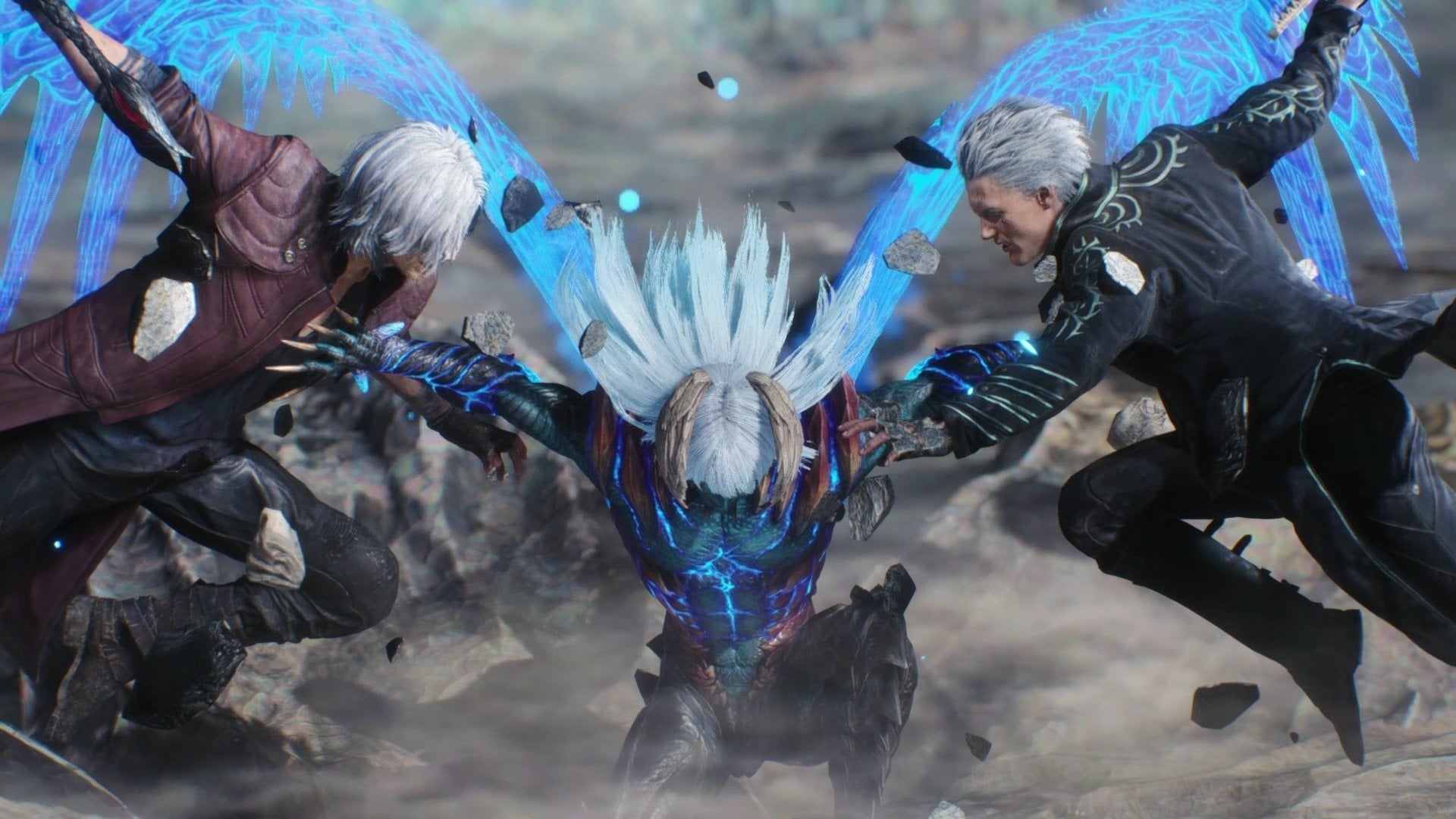 Epic footage follows. In his desire to save his father and uncle, Nero awakens his true power. It turns out that he is a demon who is much stronger than Dante and Vergil together. A demon who embodies what Sparda was fighting for. To put it mildly, the brothers are very surprised. Nero declares that their confrontation is over.

Vergil does not calm down. He wants to defeat Nero since if he does this, he’ll easily deal with Dante. The latter does not object at all. Fight against Vergil as Nero (do not forget to turn into a demon). This fight will be much easier than when you were playing for Dante as Nero is very strong. Ultimately, he will win.

Dante will joke that Vergil tore off his son’s hand to become stronger but still failed. Nero will try to distract brothers from their disagreements, saying that the underworld will soon absorb the human world, and they need to hurry to close the portal. Dante and Vergil go down to cut off Qliphoth’s roots. Nero must stay above to deal with the remaining demons. Vergil promises to keep up with Nero the next time and leaves him V’s book. 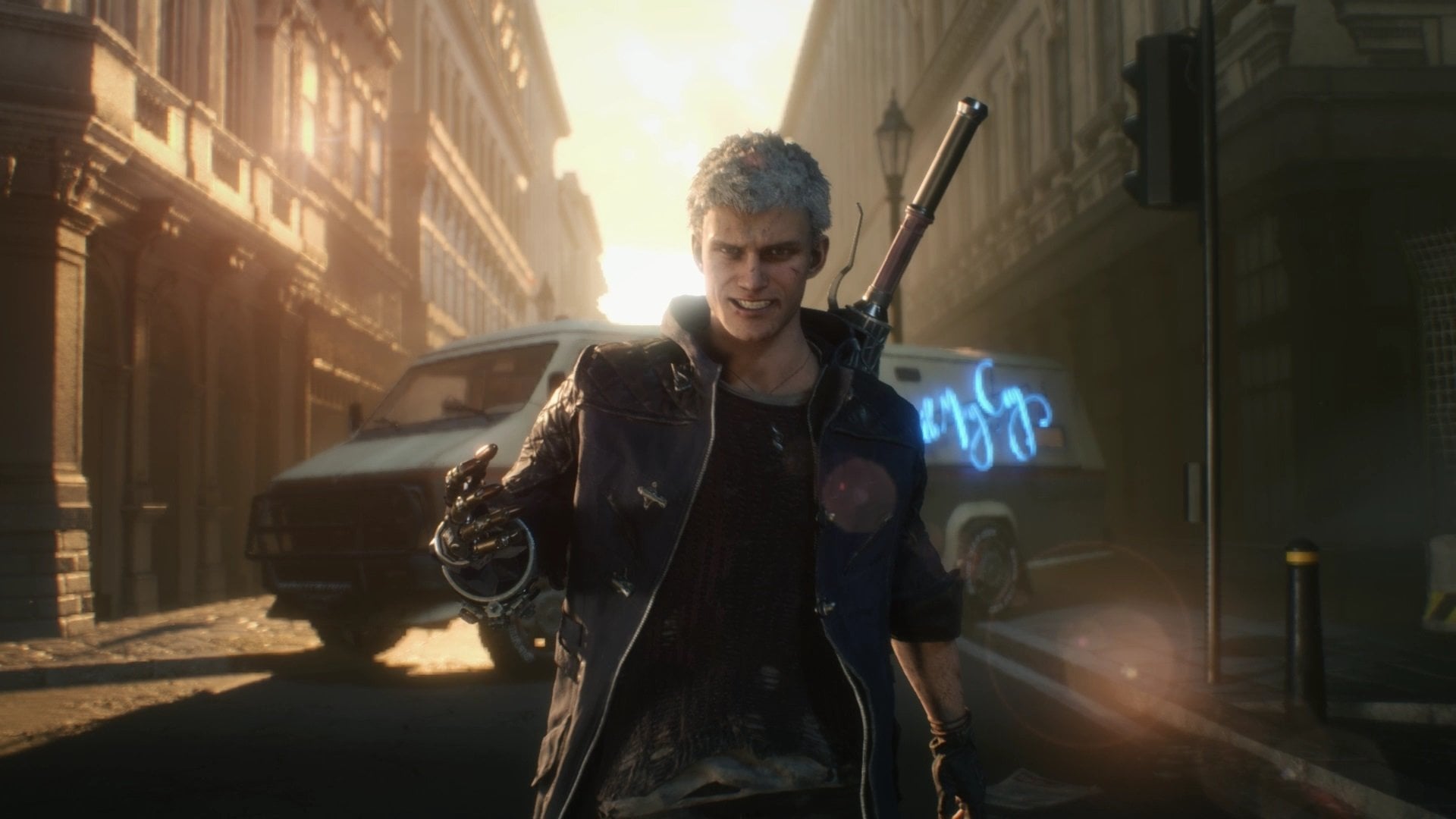 In the next scene, Nero is with Nico in the car. The girl claims that crying is not scary. Ultimately, Nero says the phrase that serves as the title of the game – Devil May Cry. Finally, demons appear on the road. You’ll see credits, but you can still fight against the demons, this time without any interface.

Meanwhile, Dante and Vergil reached Qliphoth’s root in the underworld where they are attacked by demons. Fight against them as Dante. Watch credits and then some cutscenes. Trish and Lady don’t know how to occupy themselves in the Devil May Cry agency. Agent Morrison comes and offers them a job. Perhaps, it’s a hint about the future DLC.

We again move to the underworld where Dante fights against Vergil, this time in a friendly atmosphere (at least we thought so). Having crossed the blades, they are attacked by demons and gladly switch to their destruction. This concludes the game.