This guide is to teach players how to design a durable base and take control of the enemy pathing.

When you first start out, you probably won’t have much time to do anything. What i would strongly recommend would be to find the huge pit in the West (where the bats spawn), then move back a bit towards the floating islands. Being over in this area is pretty useful because you have easy access to red sand, underground ocean and floating island resources.

If you can get a handful of turrets going at the start, aim to dig out a 1-2 high room with a 1 high entrance. The first day is punishing, especially on Hard/Brutal. I would just focus on repairing your turrets with your miniaturizer, while they tank for you. You should be able to get 3-5 rotating turrets depending on your luck finding blue gems.

After you’ve survived your first night, you need to start getting concrete. You can pretty much use the basic concrete the entire game. If the enemies have good paths to take, your walls don’t need to be thick or durable. Focus on having at least 3 repair turrets as soon as possible and at least 8 before you start pushing hard content. Aim to have 4-5 turrets of each type.

Take a look at the following example for a starting base. There is a strong focus here on clearing out excess land and creating good paths for enemies to get to your entrance. If they have a good path, they will walk across the entire screen to your entrance. They only start breaking walls if they can’t find a path. Start with two or three thick walls based on what you have available. 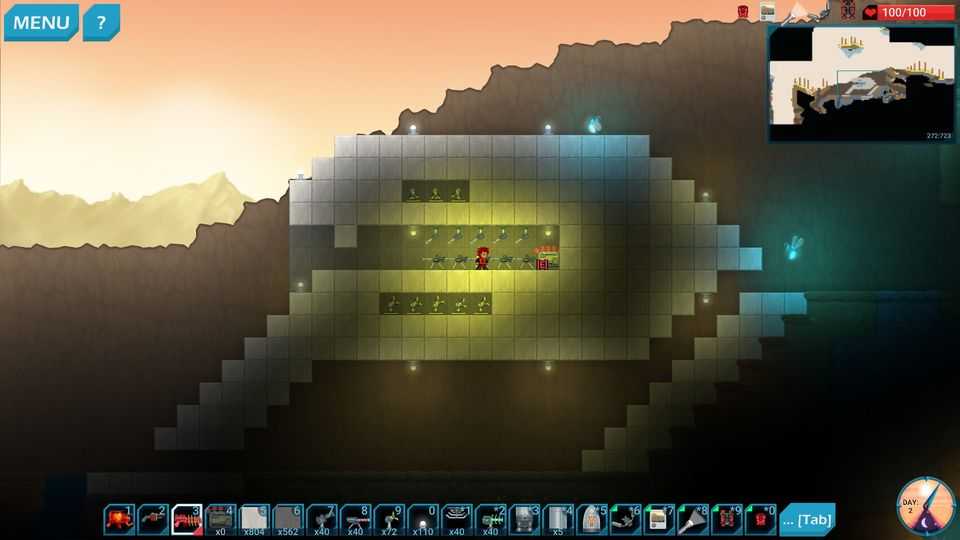 Once you have pushed the difficulty up, make sure you are upgrading to the new turrets. I would recommend adding more repair turrets, especially above and below the entrance. By this point you will want to have a base with really solid pathing so keep an eye on weak points as the nights go by. Your base should look a lot more like my examples by now.

Rain
Take note of the lip hanging over the entrance, as well as the step up into the base. Both of these features ensure that no water ever gets inside the base. 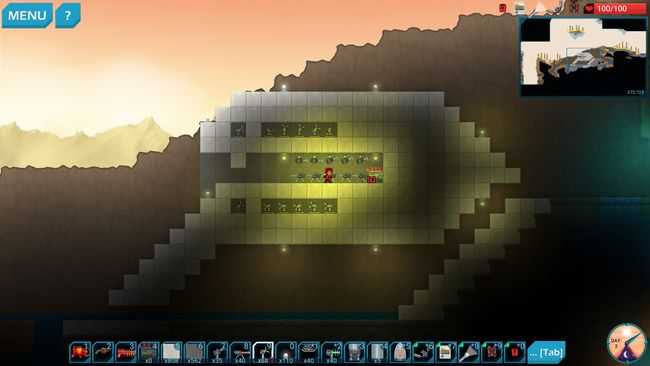 Once you have access to the best rotating turret and the death pulse, you are going to have a really hard time losing. The death pulse weakens them before the turrets open fire. The best part about these though, is that they don’t take aggro. Make sure you put some outside.

How do you launch a rocket with this design? Well there’s two ways really.

Simple Method
Open the other side of your base and double up your turrets. Create an open chimney with some rotating turrets inside. Personally i really hate this method because it forces you to farm a lot more, and leaving the roof open is annoying in my opinion.

Recommended Method
Use a proximity sensor attached to a flip flop to open your hangar door the moment your rocket launches. Your turrets can already handle everything on that one side so just hop in and you’re done.

Now to dig a trench below the base (for the rocket) and fix the pathing a little. It’s important that you position your rocket head on the same level as your turrets. If you do not, enemies will try to dig through the walls instead of pathing through your entrance. 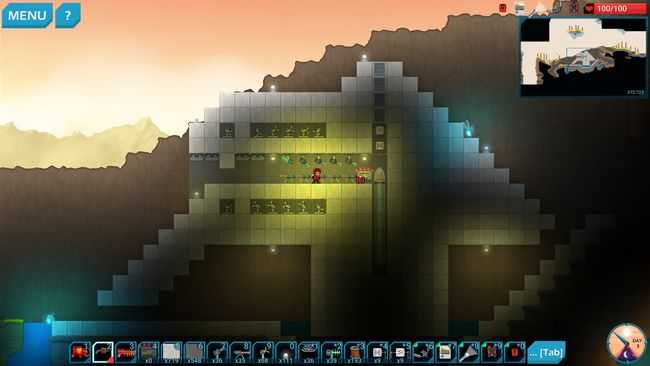