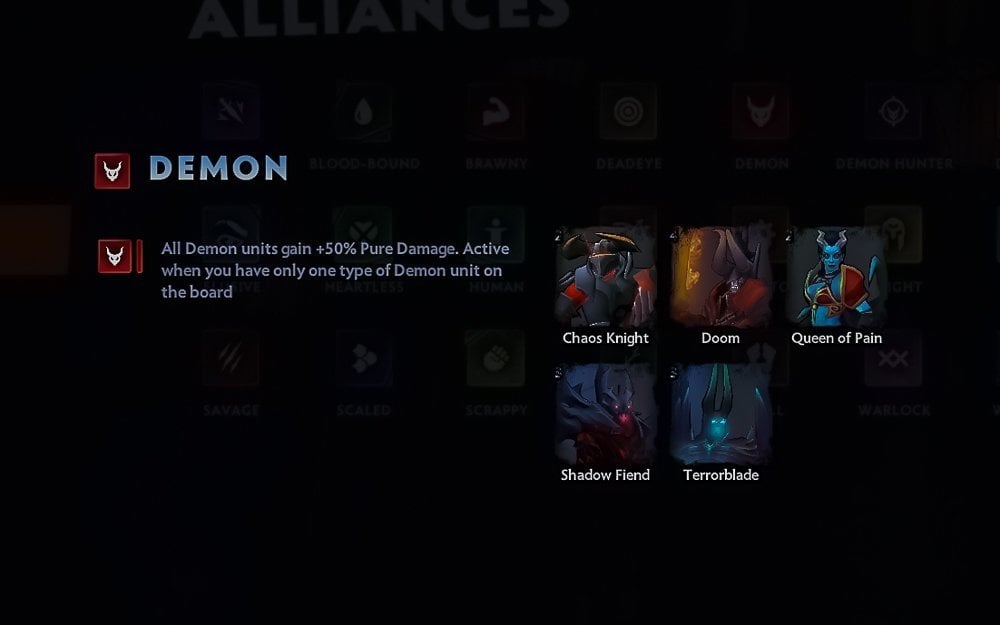 One of the most difficult combinations whose success is highly dependent on the early game. All Demons are very powerful heroes on their own, but for the alliance bonus to work with a large number of them, you’ll need Demon Hunters: Anti-Mage and Terrorblade.

At the beginning of the game, you should collect Anti-Mage faster than the other players and hunt for Terrorblade. While it’s enough to get Anti-Mage to the second level, Terrorblade has one of the best attacks in the game, so you must get him to the third level. At the early stage of the game, you will also get Queen of Pain and Chaos Knight, powerful Demons who can be useful to your army.

In the middle game, you should focus on finding Shadow Fiend who provides huge damage on the second level. The advantage of Demons is that their bonus is stable. You can keep several ??-star heroes on the board, and each of them will get +50% pure damage. Thus, you’ll be able to unload some pieces from the bench while you are waiting for copies of the desired Demons. 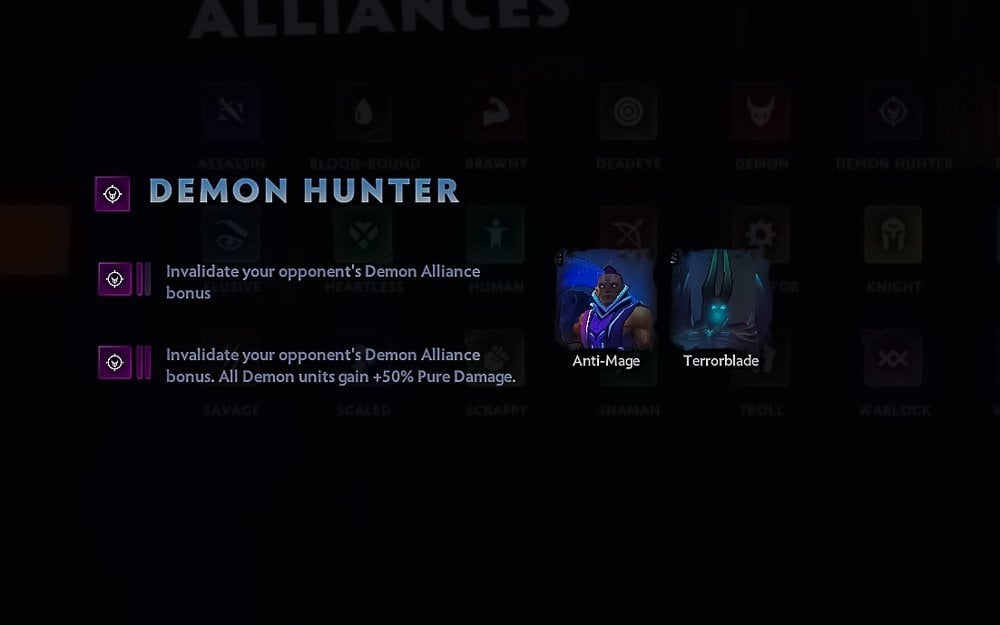 In the late game, you should have a third-level Terrorblade. Without his damage, you’ll have material problems. Make sure that at first, he has a solid shield in the form of Doom. You can provide both of them with defensive and attacking items depending on the current situation. Another advantage of Demons: you may get anyone to support them. Of course, it’s better to consider strong Warlock characters (Necrophos, Alchemist, Disruptor) but you can also get more control (Medusa, Tidehunter, Kunkka). It all depends on your preferences and enemy armies.