Greetings, fellow defenders! Ever wondered what would be the greatest way for you to get to C7 and get to pushing these Onslaught floors? Well, wonder no more!

This guide is intended for both new players and absolute beasts pro players. It will give you a few ideas on how you can progress!

Now, the odds are, you’re probably either new to this game or someone who has used ancient power, and are looking on the bestest way for you to reach the truest endgame there is, C7 & Onslaught!

First of all, if you’ve ever Ctrl+Left Clicked on a piece of gear you have equipped on your character. You may have noticed that this menu pops up: 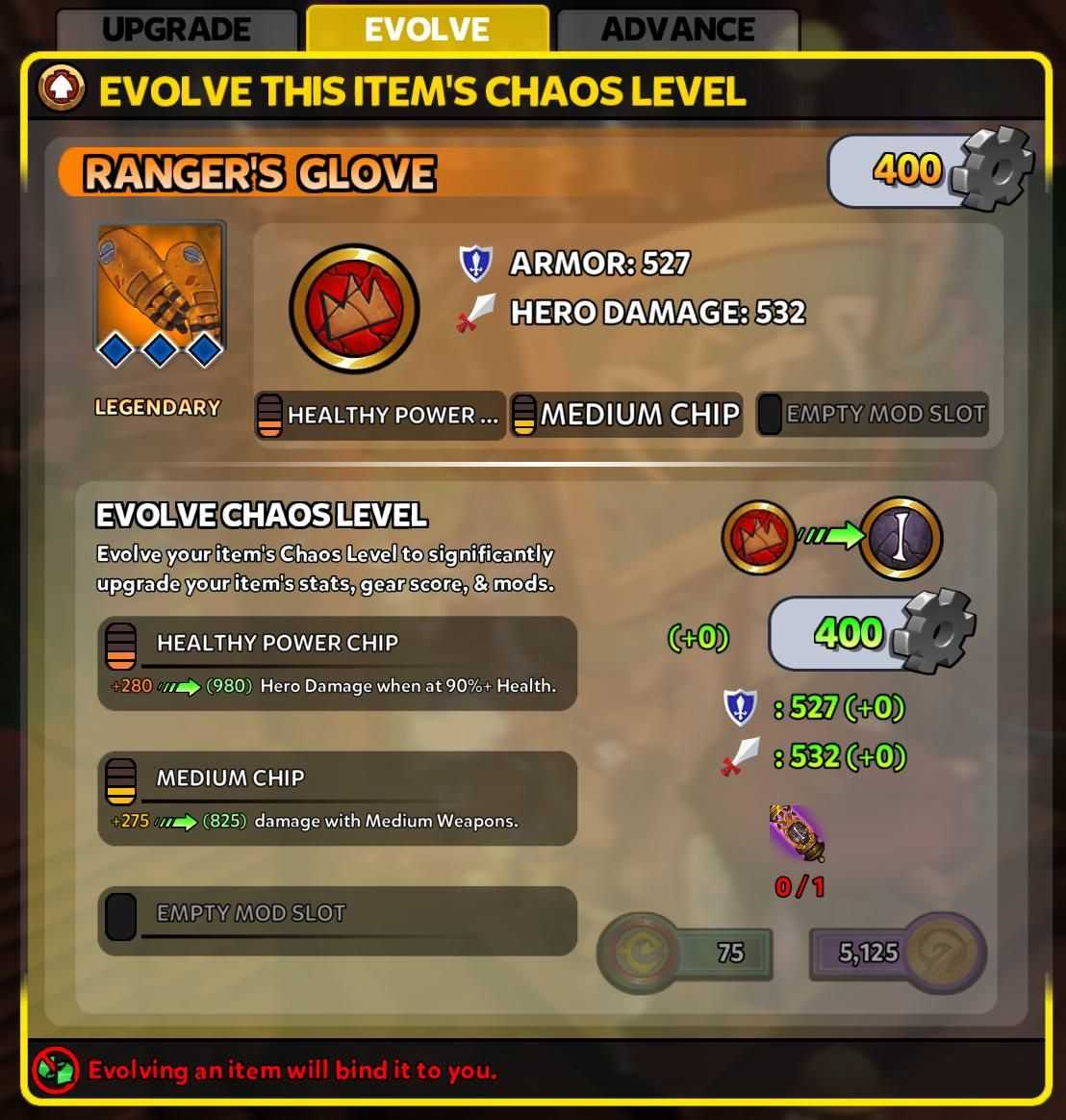 Well, upgrading your gear goes this way:
1. Your play maps of a certain Chaos tier, and by doing this you obtain something called ‘Motes’ that drop on the floor, collect them, as much as you can!
2. You upgrade your gear with these Motes, until you end up maxing out it’s level for the current gear’s Chaos tier. (Note that you may require materials from certain kinds of maps to upgrade them!)
3. You go onto the next Chaos tier (if you have the right gear score), and you get something called ‘ampoules’ from there. You grab them to upgrade your gear to the next Chaos tier!
4. Repeat process from 1 until your gear is C8 and maxed out.

You may also be wondering: ‘why r u talking about c8, it’s not an actual difficulty in the game is it??????’, and you are CORRECT! But half correct at that. You see, When you reach floor 80 in Onslaught, you begin rarely dropping things called: ‘C8 Ampoules’, which are just like the past ampoules, but to push your gear to an even higher tier than C7! Just know that it isn’t worth it to upgrade your gear to C8 if you’re planning on using the ancient power system.

Anyway, now that you know all of these basics about upgrading your gear. You must be wondering: ‘why is this the slowest way???’. And it is really simple.

Unlike the other ways in this guide, this way will require you to own quite a few things:
1. 40 Plain Motes, 2 Plain Materials. 50 Shiny Motes, 4 Shiny Materials, 20 Pristine Motes, 2 Pristine Materials.
2. A lot of gold, avoid using your medals when upgrading.

Now that you know this, remember that maps in Chaos, mostly before C7 tend to drop 5 motes per map. Which means that you’ll want to do in total 22 maps if you want to fully upgrade just one piece of gear. A little less if you’re leaving the game after wave 2-3 (usually, you’ll get your 5 motes after those waves). Also do note that it is better that you attempt to upgrade all your gear at once in a Chaos tier, as to avoid going back.

PROS:
– You get to keep your gear and the mods you put on them.
CONS:
– Terrible if you’re planning to ancient power.
– Very, very slow.
– Requires a LOT of grinding just to get your character’s gear maxed out.
– Will require you to go backward if you didn’t upgrade all the gear you required.
– You will need to spend a lot of your hard earned gold.
– I repeat, TERRIBLE if you plan on using ancient power.

As you may or may not already know, the game has a really neat feature that’s called ‘Auto-Collect’. It simply allows you to set up a filter that will allow you to just press G and avoid grabbing and checking all that gear by yourself!

You can access it by going into your inventory, and clicking on the ‘Bag Options’ button on the top right! Then you can just click on the things that you want and get them sucked into your bag! It’s simple, and it’s really great!

Now, you may be wondering: ‘why does this count as upgrading?’. Well, it allows you to raise your gear score and get better gear way faster than you would if you were, well, actually upgrading!

Doing this will gradually give you better and better gear. You do not need a mule anymore in order to get gradually better gear too!

Anyway, let’s get to the simple stuff:

PROS:
– allows you to pick up some gear with some mods you could use later
– if you sell all the gear you don’t need anymore, you get some extra crispy gold
– does not require any materials or gold
– decent if you’ve AP’d
CONS:
– still quite slow, but not as slow as actually upgrading.
– you don’t get to use the game you already customized

Now, as you may have noticed if you’ve ever clicked on a player’s name in town or in a lobby. You can BUY STUFF FROM PEOPLE! It’s simple, I believe I do not need to explain it to you how trading works.

Here’s an example of a player shop, if you’ve never seen one:

As the title of this section says, you can just look for player shops with players selling C1-C7 gear, such as armor, weapons or relics. It’s fast, it’s easy, and it shouldn’t cost you much! Just equip the gear that you buy from player and you should instantly be able to do Chaos 7 then Onslaught if you gradually equip C1 to C7!

PROS:
– extremely fast
– requires not that much effort at all
– will get you to end game faster than you can say ‘wizards’
– instant power
– amazing if you plan on using ancient power and farming it!
CONS:
– may cost a little bit of gold
– you need to search for people who sell relics
– you don’t get to use the game you already customized

Fastest way: Use an alt

I do not recommend this way, as it may just be a little too cheaty.

Just like the previous section, you can buy items from player’s shops, but what if… you made another account, made it so it’s C7, and kept it C7 you so can farm AP again and again?

It requires you to be able to open up DD2 on two accounts at the same time. But then you can just get a relic from your super strong C7 character, and give it to your weak campaign fella. It’s cheap, it’s as fast as buying C1-C7 gear from other players, and it’s just cheaper, way cheaper.

PROS:
– you do not need to look for a player
– it’s super cheap gold wise
– allows you to skip the entire game and get straight to farming Onslaught and C7
– glorious to farm ancient power!
CONS:
– requires you to know how to have 2 steam accounts running at the same time, or two computers
– will require a character that’s already at C7
– still needs gold, even if it’s pretty much a tiny amount of it.
– you don’t get to use the game you already customized

As you may have noticed, by not upgrading, you can’t use previous gear that you’ve modded in the past, with such things as perfect rolled mods that you spent days farming. And if you want to keep them you’ll have to spend a lot of time farming for ressources.
Total
0
Shares
Share 0
Tweet 0
Pin it 0
Share 0
Share 0
Share 0
Share 0
Share 0