A quick guide on how to unlock the secret character, Robot.

Other Enter the Gungeon Guides:

By talking to the elevator dude, you can give him supplies to open up, what is essentialy, fast travel to each chamber.

To find him, fall down the hole where the elevator once was after it drops at the start of Chamber 2. 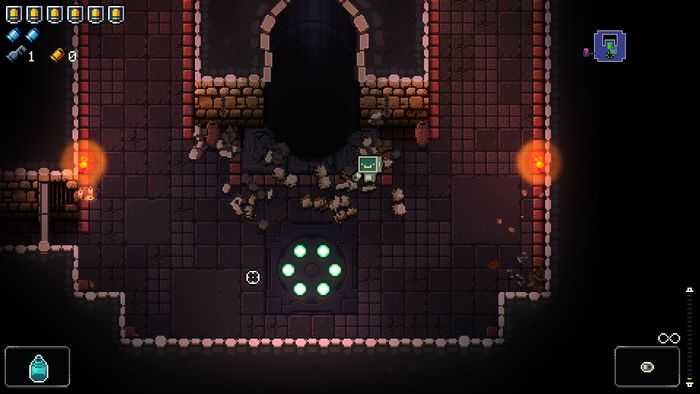 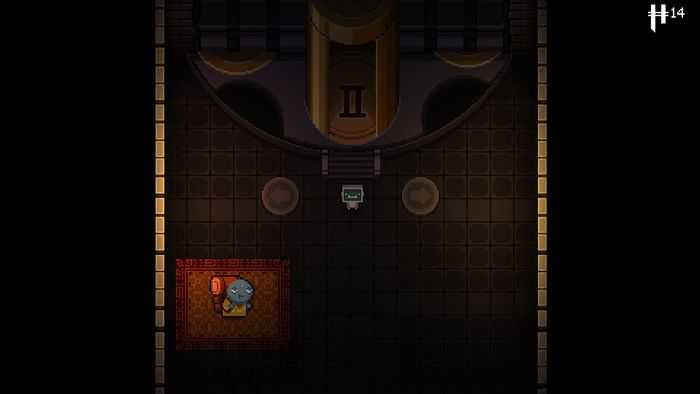 Once you’ve jumped down the elevator shaft (post upgrade) you should come across a Broken Television. 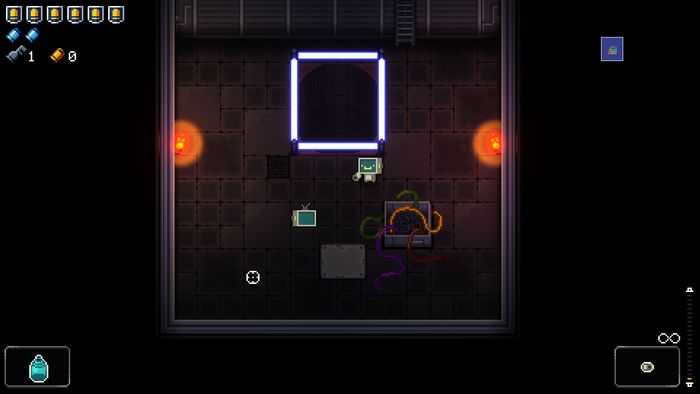 Pick up the television and keep it in your item slot until you reach the Blacksmith Chamber 5. (The last one)

The kicker here is dodge rolling drops the television, so if the need to dodge roll comes, make sure you pick the television up ASAP. (If items are dropped and the player leaves the room the item has been dropped in, a rat by the name of R.R will take the item and leave a note)

The need may arise to throw the T.V over gaps using RT for controller users or Space Bar for PC controls. To get the most distance, get a run up and at the edge of the platform you’re on, throw the television onto the next platform. It’s a bit risky so just take your time. Again make sure to pick it up.

Once you’ve made it through to Chamber 5, search all rooms until you come across The Blacksmith.

Simply talk to her and she’ll ask for the television. Hand it over and for no cost, she’ll make the Robot! 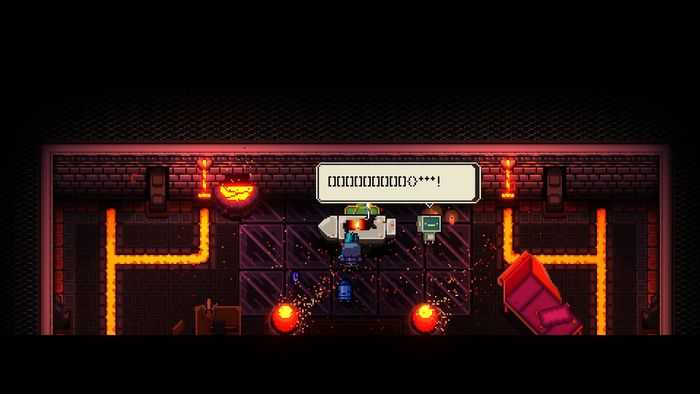 After enduring the backbreaking work to unlock him, get right back into it with this neat character. 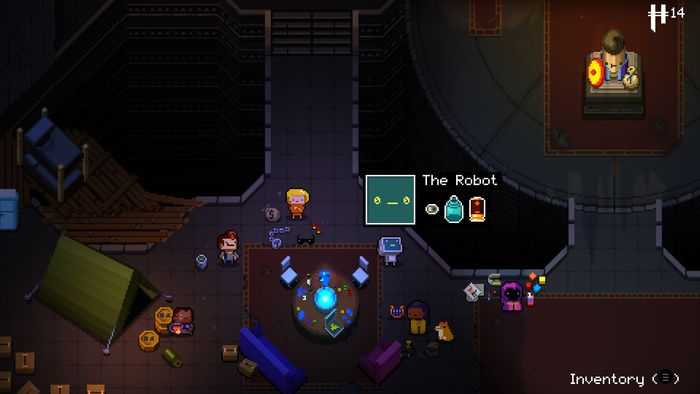 Essentialy, Coolant Leak sprays an area with coolant (acts like water) which can extinguish fires.

Battery Bullets causes any water patch and coolant patch that bullets pass over to become electrified, which damages enemies. 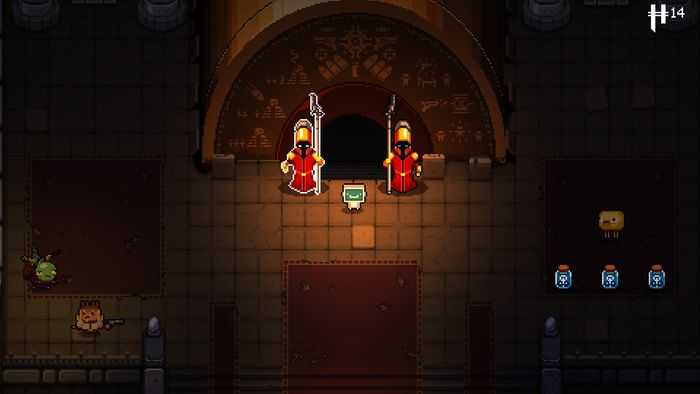 Found 1 of 5 Caped Bullets needed for the Bullet Character. On my 40th or so run. 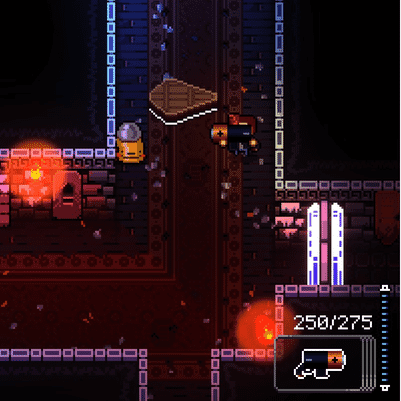 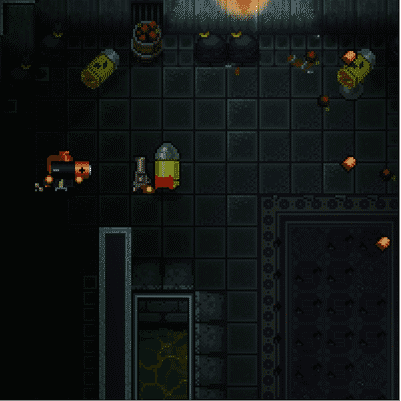