This is a rather short Fallout 76 quest. Get the Holotape for Rose from the Desk desk. Now walk along the Router 65 and install the Upgraded Motors into the Scorched Detectors.

After you have upgraded all of the Scorched Detectors get to the Top of the World and give Rose the Holotape. After that get to the Abbie’s Bunker and enter it to complete the quest.

Reassembly Required is a main quest received at Abbie’s Bunker after completion of Early Warnings. 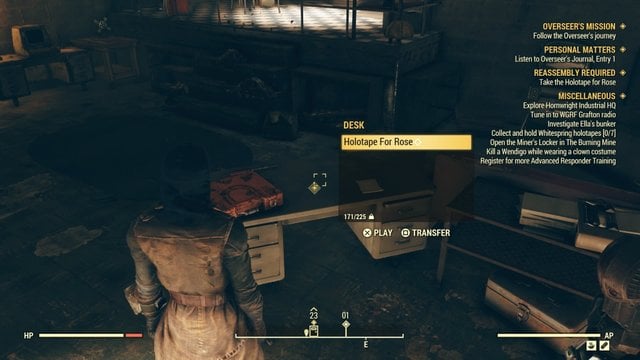 After accepting the quest take a second to listen to Abbie’s latest instructions. She will tell you to grab the Holotape for Rose out of her desk in the main room of her bunker, which will be used later in the quest. Once you’ve done that its time to put those Upgraded Motors to use. 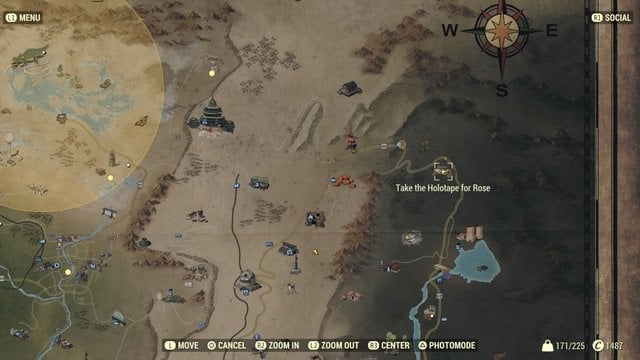 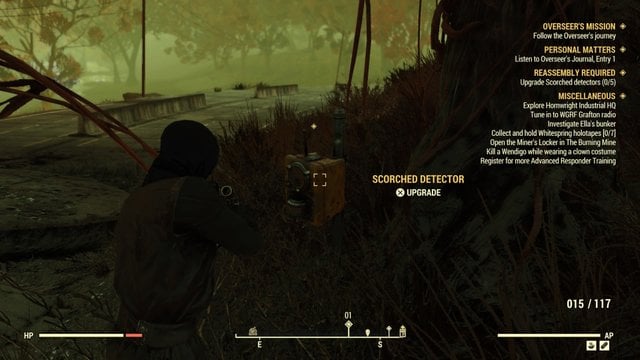 Now it is time to head out into The Mire and repair five Scorched Detectors using those Upgraded Motors. The first is located right near Abbie’s Bunker, so follow the quest marker over and upgrade it with one of your motors.

From there continue to follow the road south. All five Scorched Detectors are located along that main road, so keep walking and keeping an eye out for them on the side of the road. 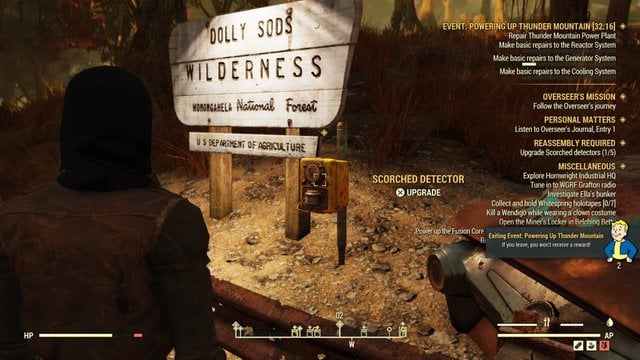 Groups of Super Mutants, Feral Ghouls, and Scorched Wanderers are likely to bother you as you make your way down the road, so be sure to bring along some healing items. Also be sure to unlock any locations you see on the side of the road so you have respawn options in case you happen to die.

After activating the fourth Scorched Detector I was immediately attacked by a level 50 Diseased Scorchbeast. I wasn’t sure if this was a random event or part of the quest, but I recommend running past and getting to the final Scorched Detector as quickly as possible. Hopefully you are able to shake the Scorchbeast and warp out without dying. 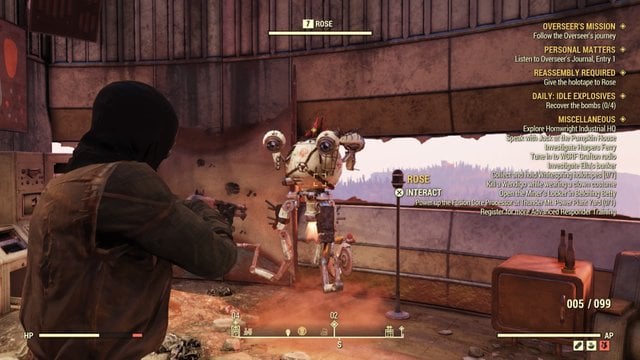 After upgrading all five Scorched Detectors you will be instructed to take that holotape from earlier to Rose. Warp to Top of the World and head up to the third floor so you can speak to her. You will give her the uplink from earlier, then she will tell you to head back to Abbie’s Bunker for your next task.

Upon returning to Abbie’s Bunker you will get a quest complete message for Reassembly Required, and given the next quest, Coming to Fruition.