Ethan’s Soul is a and final main story mission in Far Cry New Dawn. This walkthrough will guide you through all objectives of Ethan’s Soul Main Quest.

Go up to the northernmost point of the map to the three where Joseph Seed had you eat the apple to gain superhuman powers. Make sure you have everything you want equipped before you get too close to the tree. 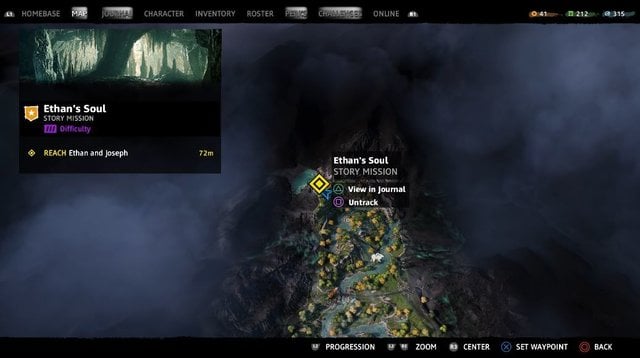 Once you’re close you’ll find Joseph and Ethan talking and Ethan picks an apple and eats it, transforming into a monster. Ethan runs off into a cave and Joseph asks you to stop him. 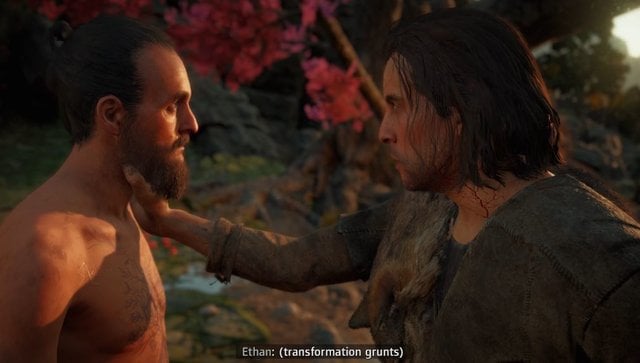 You’ll load into a cave to fight this giant human. Ethan has glowing parts on his body which take higher damage, much like the bear you faced last time. For this battle, a weapon you can specifically aim at those parts is best as the damage is significantly greater and he has a lot of health. 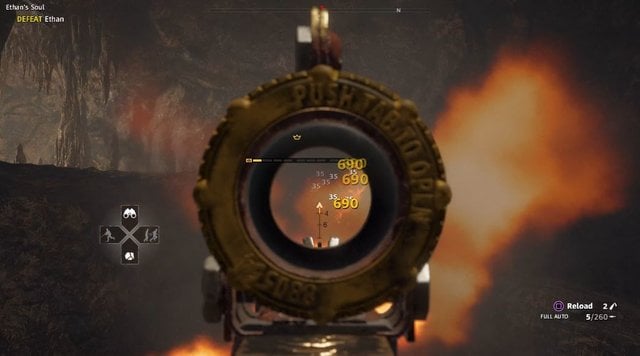 Ethan has a few different moves he’ll use to fight you. One is just to run at you and hit you. If you’ve maxed out your health, this will still take around half of your health pool off so try to avoid it.

Sometimes if you’re far away he will dig in the ground. This is a good opportunity to get some good shots on him but start running when he starts to stand up as he’ll throw a large rock at you which can also do a lot of damage. If you’re lucky you can also use the leap of faith to jump the rocks. 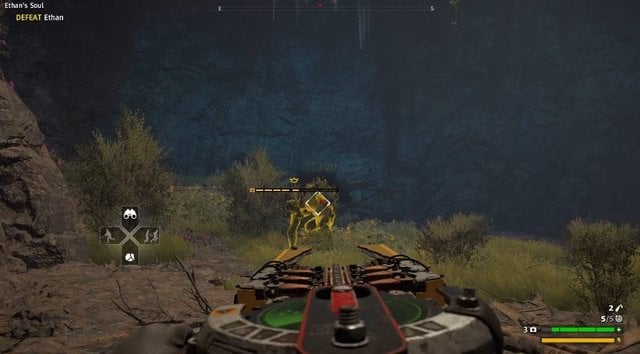 When he glows it often means he’s going to jump at you. This is another very hard-hitting attack so try to stay away.

Later in the battle, these attacks will also start a fire where they land so be careful to avoid running back into a previous place too soon.

On either side of the cave are health and ammo packs so make use of them as you need. Run around the walls of the cave to regenerate health and use your wrath ability if you’re in a pinch as you’ll take less damage. 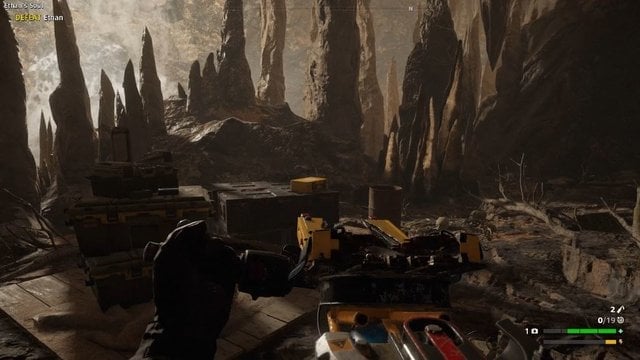 Once Ethan is dead you’ll see another cutscene with Joseph and you’ll have the opportunity to kill him too if you choose.

Now head back to Prosperity to Rush’s grave behind the compound where Carmina will talk about the future. This will complete the mission and the game leading into the credits. When you load back in you’ll still be able to do side quests and other things in the world but all the story missions will be complete. 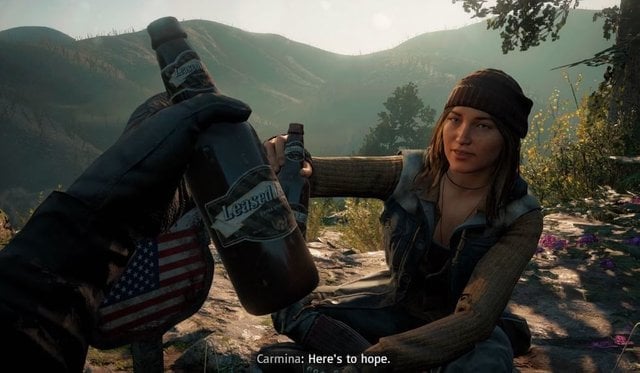