The Ten Gatekeepers have ventured into the world proper to train. Round them up and bring them home to the Cactuar Nation!

Before searching for a Cactuar you have to speak to the Mother (Green Square on the Map) for clues. You can only search one at a time.
Winning isn’t required for them to cooperate so don’t worry if you lose.

🌵Lobivia was supposed to head north from the Oasis with his friends. But I haven’t heard a thing from him since. Oh, I suppose Lobivia‘s always had a bit of wanderlust. He’s probably off wasting time in some good-for-nothing place this very moment. Call it motherly instinct 🌵

🌵Toumeya always dreamed of seeing waters vaster than our little Oasis. And now he’s finally getting his wish. Sands whiter than the desert, a gentle breeze, glistening sunlight… and more water than can be imagined. I can’t wait to hear the tales he’ll have to tell 🌵

🌵 Lobeira loves getting into cramped spaces. He left with only one thing in mind: finding the most comfortable box in existence. He finally found a most splendid treasure chest in the home of a sphere hunter. How long it’s been since I heard from him, I can hardly say… Oh, my careless Lobeira. I’ve told you a thousand times to be careful of boxes with locks on them 🌵

🌵 Areq & Arroja love being together. It seems they met some large yellow birds on a wide, open plain. Arroja is having such a good time he said he’s put off seeing snow, whatever that is 🌵

🌵 I am often called the wise Mother. Islaya embarked to follow in the footsteps of our cactuar forebears who left the desert in ages past. Islaya, my sage son, have you found the Cactuar Stones they left so long ago? Try, not to get burned to a crisp, and take good care of yourself 🌵

🌵 He’s going to meet up with some friends. The meeting point? It’s some secret place high up somewhere he can take in town and the woods 🌵

🌵 I’ve gotten word from Erio. His message read: Two brothers, my friends, to a spring went we, I get to see snow… what rhymes with we? He may never listen to his parents, but I can’t help but love my sweet little Erio 🌵

🌵 My daughter simply adores money. She left the desert in search of a ‘man of means‘ – whatever that is. It turns out our ‘man of means‘ isn’t quite what you’d expect, hoho! Managed to save up quite a bundle. Turns out it’s a former summoner! Don’t get caught green-handed, Bartschella! 🌵

🌵 I hate to admit, but my Frailea can be a handful. He’s really a very nice boy who just wants to be around friends. But he always seems to be falling in with the wrong crowd. I’m worried he may not even be traveling at all 🌵 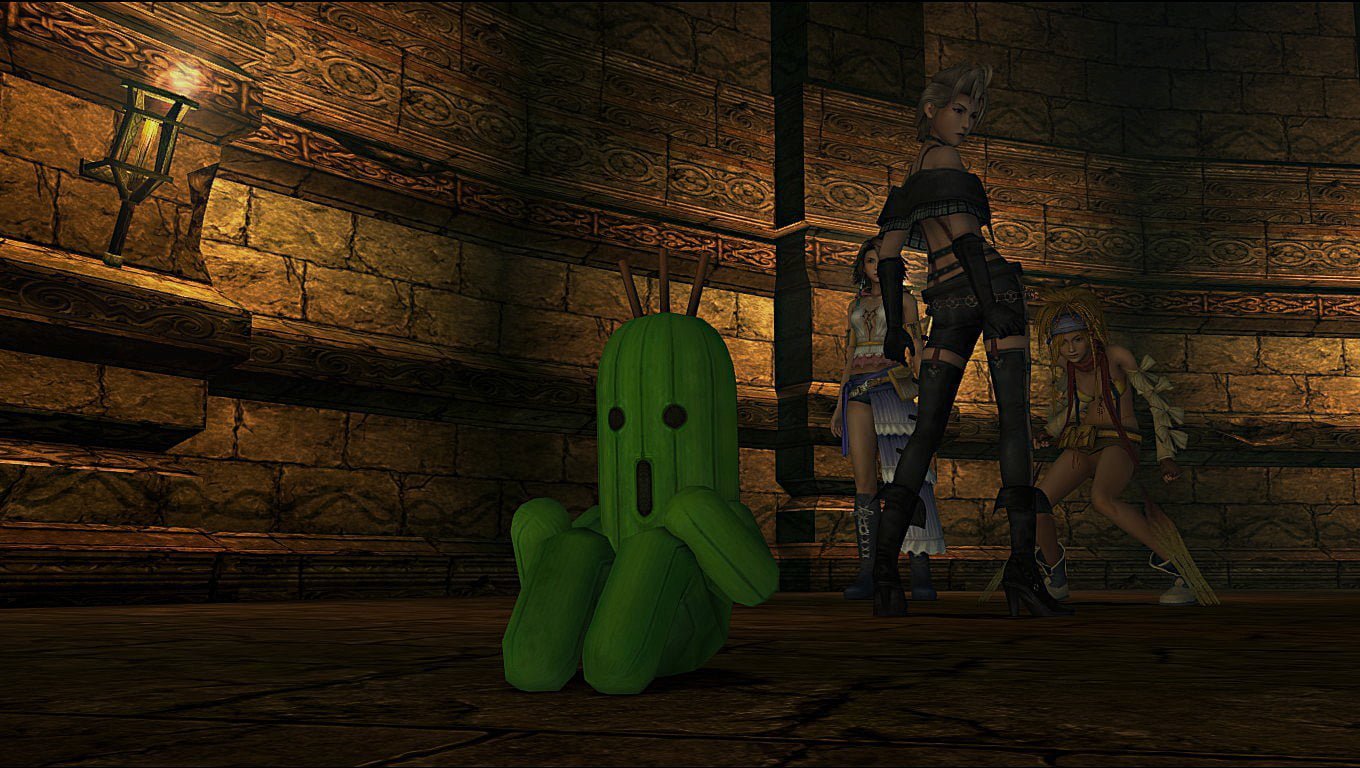 After finding all gatekeepers, you’ll have to defeat the Jumbo Cactuar. After that, don’t forget to save the game before leaving the cave. A really long an difficult battle will occur against Angra Mainyu. You can leave and come back when you are ready!

That’s all, I hope this helps 🌵