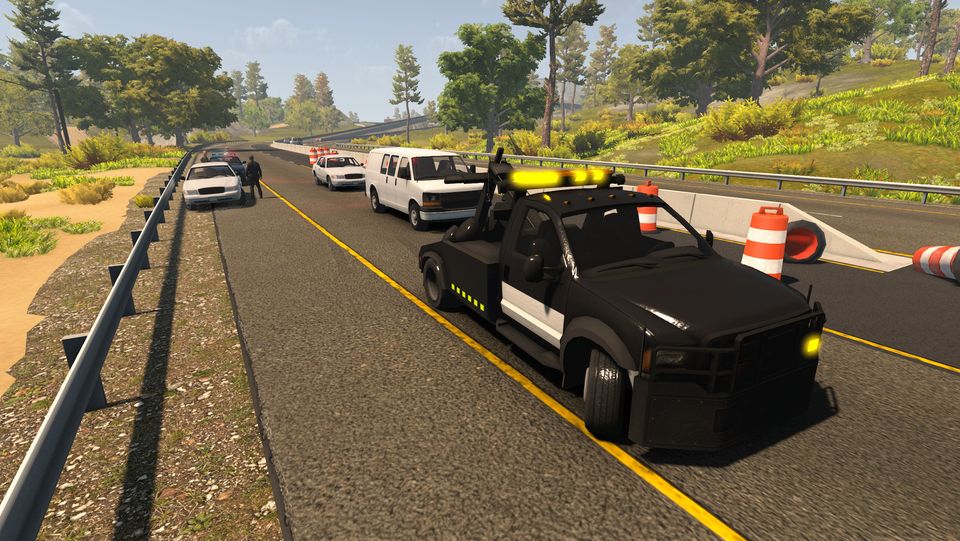 This short guide has a list off all available commands. Some commands may cause bugs to appear!

/m-cancel
This force cancels the current mission/call out. After a few seconds you should receive a new callout.

/v-reset
This resets the vehicle in front of you.

/car(number)
This command changes the max spawned cars at the same time. you can replace the number 5 with anything between 0 and 100. obviously 0 means that no traffic will spawn/barely and 100 means that there will be a ton of traffic. However this feature is not available in MP at this time.

/ped(number)
Pretty much the same thing then the command above but this works for the amount of peds. However this feature is very buggy in MP and is recommended to not be used in MP.

/cam1
This commands allows you to fly around the map and hide the character. This is a command for making pictures etc. This command orginaly was used by the publisher to make cool shots of the game.

/cam0
This command returns you back to normal mode. Only works if you did /cam1 and want to return to normal.

This can be buggy sometimes and is not recommended to use in MP.

Commands only working for multiplayer!

The multiplayer host can kick the selected ID that can be found in the list pressing ”tab”.
This will remove the player from the game but the player is allowed to join back.

The multiplayer host can ban the selecte ID.
This will permanently remove the target player and the player is not allowed to join back.
To unban you will have to rehost.

A command to force next mission as set, it does not force the call, it will appear still at random time. Can not be the same twice in a row. Use T to open chat and use the command.

/nm_id = set Next Mission by id