Home Floodland Floodland Tips and Tricks for Beginners
No comments

Floodland Tips and Tricks for Beginners

An assortment of good advice and helpful inside knowledge for the beginner Floodland gamer.

Floodland Tips and Tricks for Beginners

Explore all the production capabilities of each building. Some of them can be switched to different modes, by choosing it from the drop down menu in its description. For example the study can use the following (see pic):

2000000 is max specialist level – always check if you have already reached the cap before you waste books or time. This also means that one clan can only be lvl III in two fields!

Use the study to level up your clan by researching self learning or academy (with books). You will find so many books though that you shouldn’t really worry about it.

Whenever adding a clan, check their beliefs. Some clans are all but one clan but for their icon. Go to the Clan Profile button in the lower left corner, choose a clan and hover over the description below it (see pic): 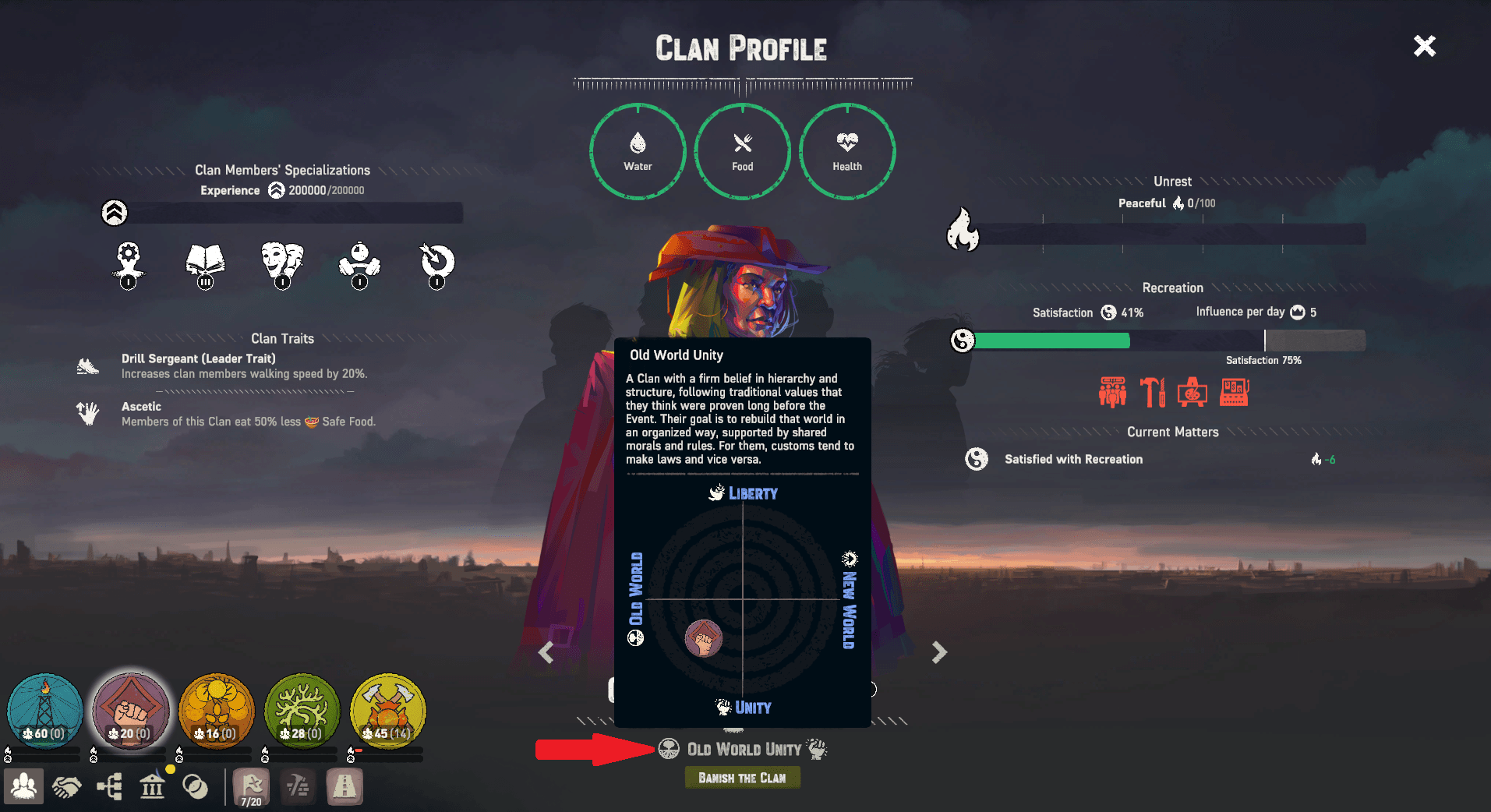 As soon as manageable, reduce your fishery and foraging staff to one person, both fishes and mushrooms do not grow fast enough for a 3 man crew.

Small Farm with Insect Farm will give you safe food in ample supply for a lot of people.

The STORAGE is GLOBAL. So even in different districts WITHOUT piers you will not run out of water or food as long as another island produces enough, this allows for specialization as mentioned above.

Keep in mind that collector buildings will get a much bigger radius later on, so sometimes its not worth building two.

Building paths will speeeeeeed up your critters.

You can come back to lockpick/rope houses later. Just grab what you can in the first run and unlock second part later on.

Do not be afraid to demolish buildings like sorting lodge. Rubbish is in infinite supply. In fact, there is so much rubbish that:

You can UNCHECK treasures found in houses. E.g. I always uncheck rubbish, as it just keeps piling up. This allows you to grab all the good stuff without forcing your pathfinders to return right away because once again you are hauling 400 rubbish and 300 wood. 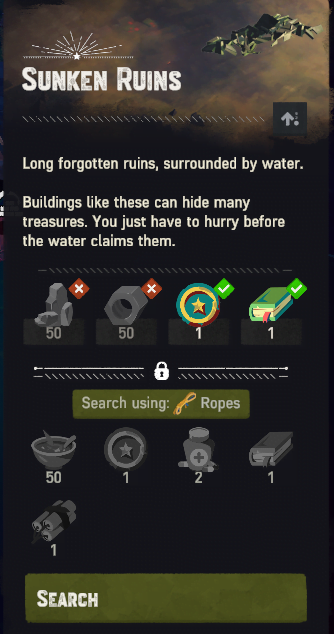 Took me awhile to find it out as I thought all the time that its just informational. Then I clicked one of the treasures and OMG, it showed a little red cross instead.

I am now at 5K capacity for rubbish and it keeps being maxed out, despite building alot and recycling it for plastics. I would go as far as saying you do not need a sorting house for it, instead just grab the stuff that lies around pretty much everywhere.