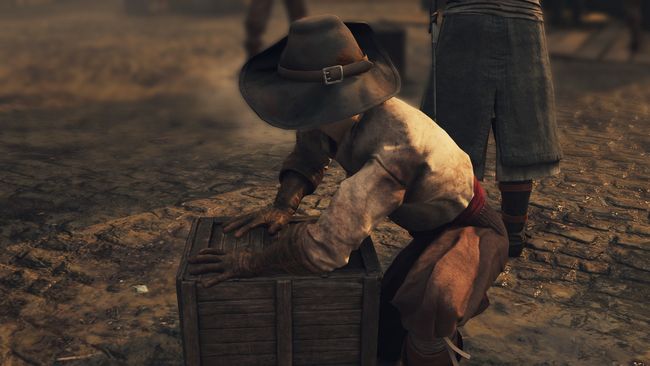 The Suffering of Constantin

Constantin will ask you to find a way to relieve pain. Go to San Matheus and talk to healer Cecilius. Head to the location Wenshaganaw and visit the Wenshaveye village. Talk to the man inside the hut and then to the hunter in the nearby. To earn his trust, you’ll have to repair the weapon. 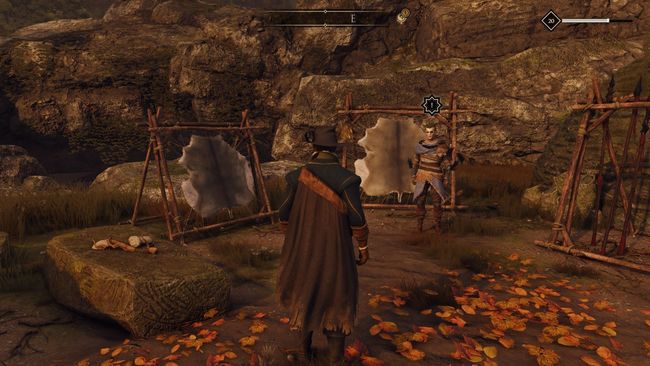 To do this, interact with the nearby weapon if you have level 1 craftsmanship.

Go to the preachers in the upper part of the map and question them about everything. Then, stock up 4 traps and visit three animal lairs. Having killed everyone (pack leaders will appear at dawn), apply the traps to the nests. Then, move to the place where the villagers have disappeared, follow the bloody trails to the cave and destroy several more animals. After this, a white tenlan will appear. Blow up the nest after you defeat him.

Go to the preachers and talk to them again to drive them away from the location. Then, visit the village and tell two people about their dead family members. You’ll get +2 to reputation with the villagers. Talk to the local healer – after this, you’ll be automatically transferred to New Serene. Watch the cutscene.

Reward: 2000 experience points, +1 to reputation with the Congregation of Merchants.

Go to Magasvar to the camp by the stone ark. Head to Constantin’s camp, then follow the trails (markers will be updated) until you find yourself at the place where you should study several objects. Do this. Then, you’ll have a choice. We have decided to stay at this location and conducted an investigation at the alliance outpost. Go to the upper right corner of the map and talk to the commander at the entrance. You can pay him 50 coins. After this, talk to the nurse in the infirmary and create a burns’ potion at the workbench which is present at the outpost. Give it to the nurse, rewind the time 24 hours ahead at the nearest bonfire and return to the infirmary. Learn what happened from the soldier and then talk to captain Idris. The quest is completed.

The quest will begin immediately after the previous one. Talk to Daren and convince her to tell the truth, then examine Catasach’s body. Apply level 2 intuition or take Aphra in your squad. Head to the other village and talk to Mev. Go with her to the sacred circle.

Head to the battlefield, pick up Catasach’s weapon and kill the scavengers. Search the monster corpses to collect guts (3 portions). Go to any workbench and craft a ritual potion. Bring all ingredients to Mev and wait. After this, you’ll be tasked with finding the trail of the high king – you should complete the storyline quest On the High King’s Trail. The quest will be completed when you open the gates of Vinbarr’s Sanctuary.

The mission starts after you open the gates of Vinbarr’s Sanctuary in the same-name quest. Go up the mountain until you meet Vinbarr. You’ll have to defeat the king: he will start fighting as an ordinary man and then turn into a monster. However, only his aggressiveness, range and attack power are boosted. Other than this, he uses only the power of his sword. Once you have defeated him, interact with Constantin.