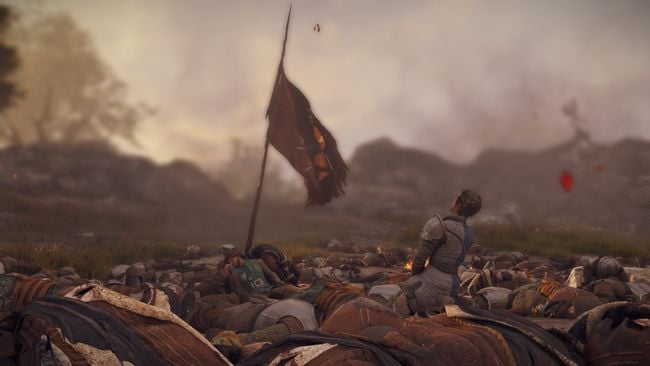 Legendary weapons and legendary armor sets in Greedfall are to either found in a hidden chest or after you have fought a boss. You might get a key for these hidden chests and then you can open them.

Hammer of the Forgotten God Location

Hammer of the Forgotten God is most likely the first legendary item you’ll come across. This one-handed heavy weapon is rewarded for helping the Coin Guard by completing the quest “The Man with the Silver Coin” in New Serene.

Upon quest completion the weapon becomes available in your stash which can be accessed in your residence in every major city or in camps. This weapon can also be acquired from reaching Friendly reputation status with the Coin Guard. 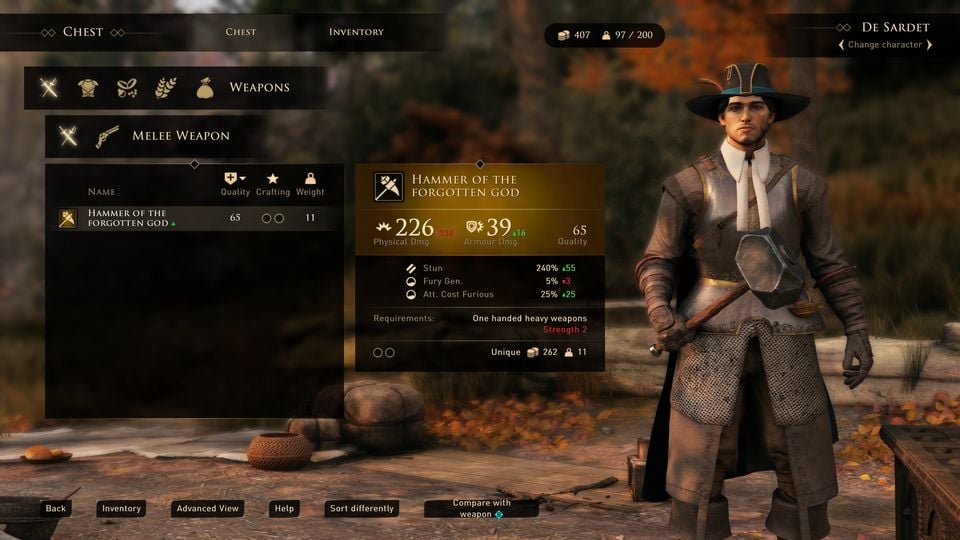 While Light Flamberge can be acquired early in the game, this is not an easy task. This one-handed blade is guarded by high level bandits preying the East Road of Whenshaganaw, “The Singing Waters”. After defeating them, look for a rock surrounded by bushes. Behind it you’ll find a dug hole with a chest that holds this treasure. 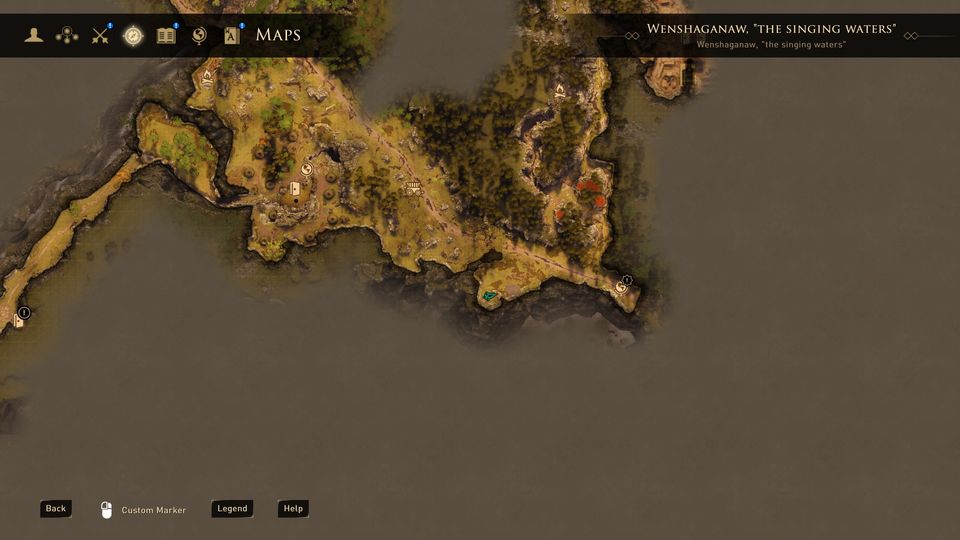 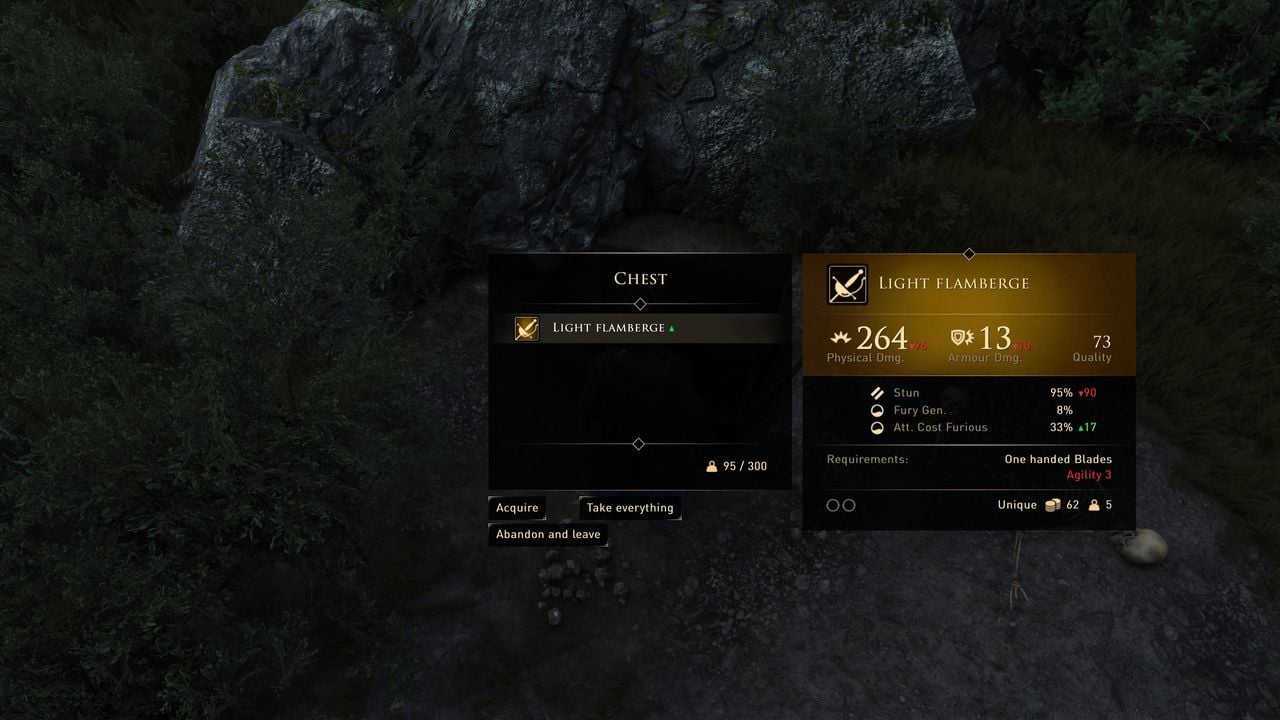 You will find this weapon in Glendgnamvar: The Shore of the Tall Bones. It is in the southeastern part of the map, on the way to Bedri.

Be on the lookout for a broken bridge with a corpse underneath it. Grab a key off the corpse, then move up to the bridge. Have your Vigor stat increased to at least Level 2 in order to leap over the gap.

On the other side of the gap, you’ll find a chest with the Scimitar inside. 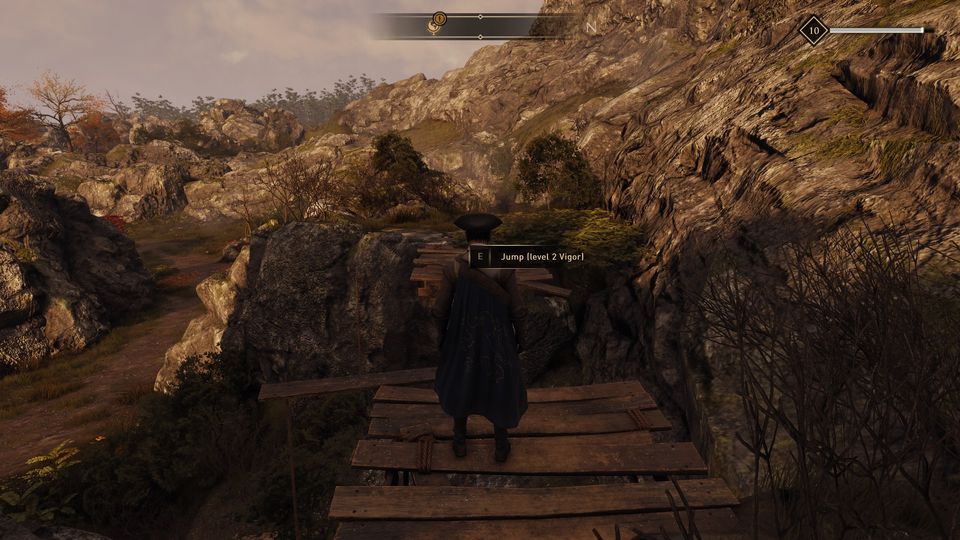 Saber of the Sea People Location

This one-handed heavy weapon with a maximum Strength requirement can be found at the mine of Cwenvar, “The Tall Trees” in a chest next to a jail cage. In order to gain access to the mine, you need to progress through “The Blood Prince” quest. 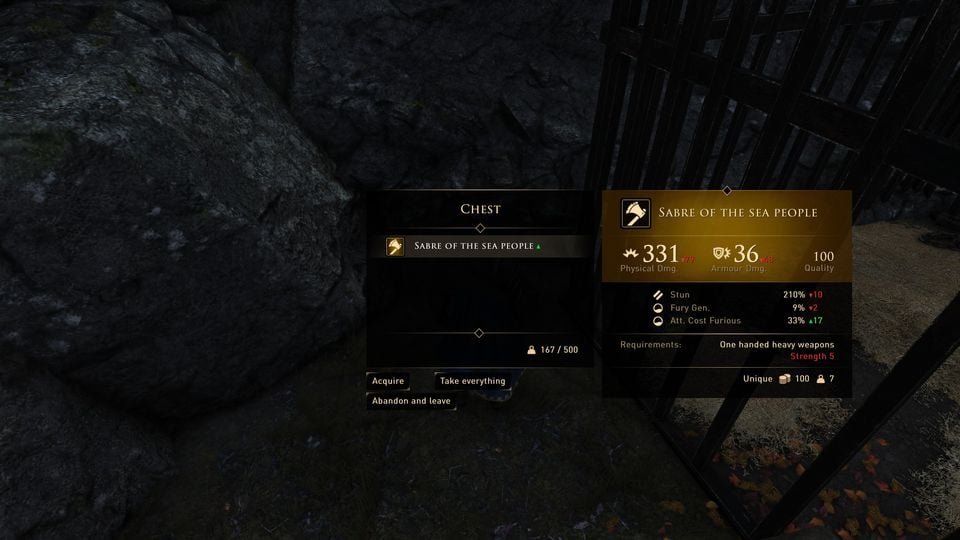 Broadsword of the Deceased King Location

To obtain this brutal two-handed weapon, you need to complete the quest “Champion of the Arena.”

The arena is located in New Serene in the basement of the Coin Guard Tavern. You will have to fight through waves of tough enemies, so come prepared. 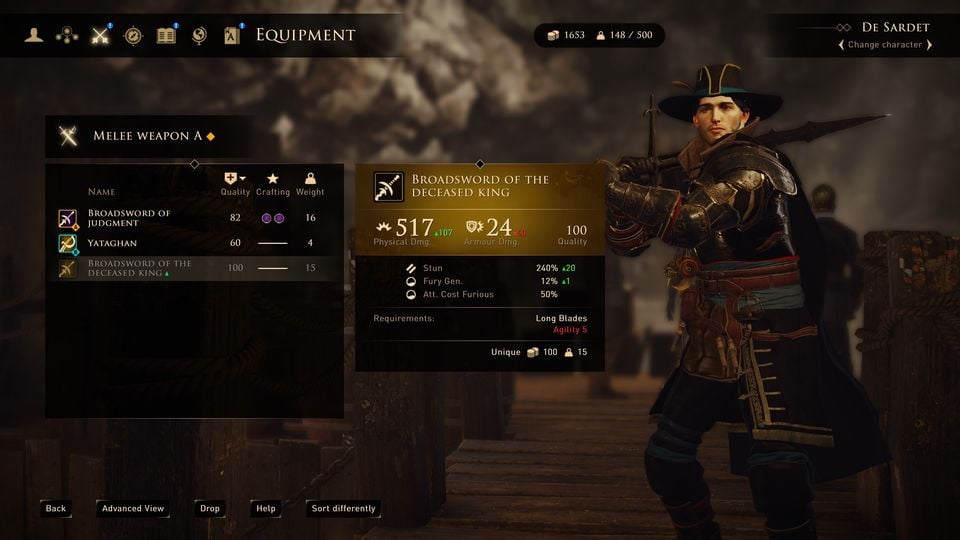 West of the entrance to Magasvar, “The Vale of the Great Battle” there’s a hot spring suspiciously guarded by a Nadaig Vedemen. Defeating this guardian will allow you to loot the body of the dead guard which contains two pieces of the Major armor set and a key.

The key is used to unlock the chest found at the top of the wooden tower next to the Alliance Outpost Camp. In this chest you’ll find the Great Honor Duel Flamberge, a pretty good long blade which has two upgrade slots. 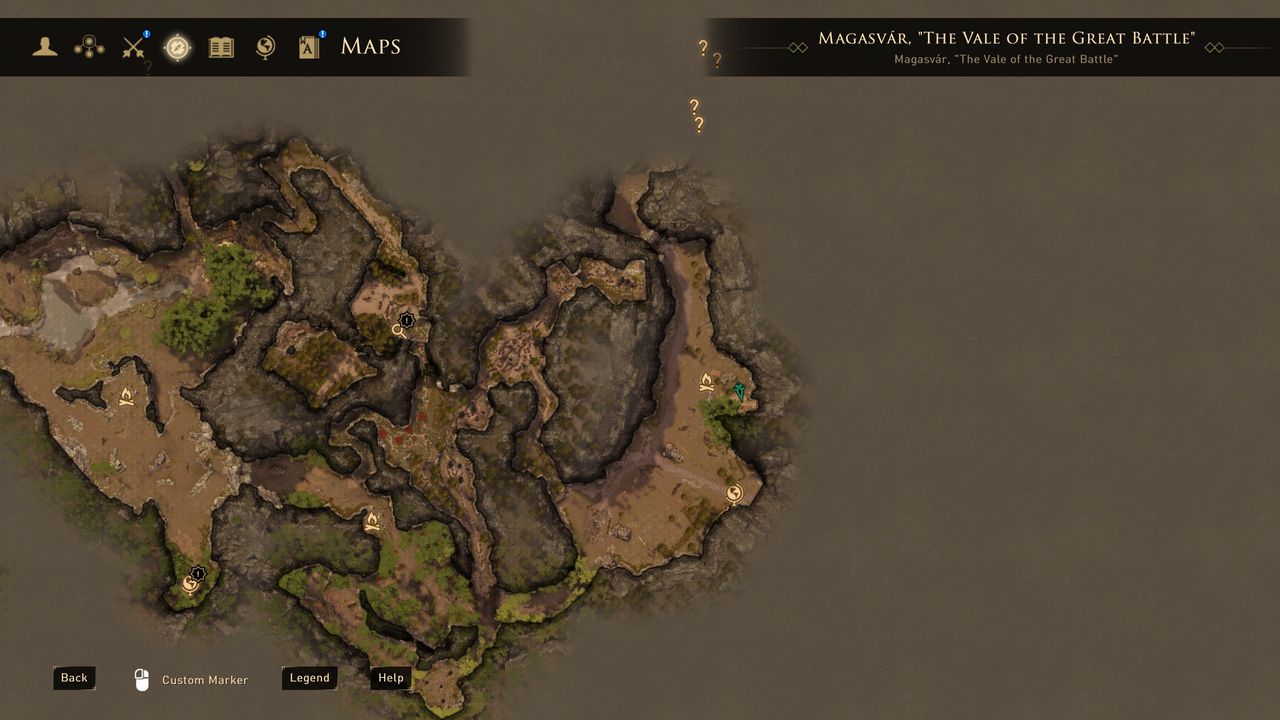 When you reach Glendgnamvar The Shore of the Tall Bones, you will enter the Ancient Secrets mission where you will come across a boss that you ave to defeat in order to get the weapon.

After you defeat the boss, you can grab the weapon from the chest near him. If you aren’t on a higher level and it is impossible to kill the boss then you can even try to sneak in and grab it, though it might take a few tries. 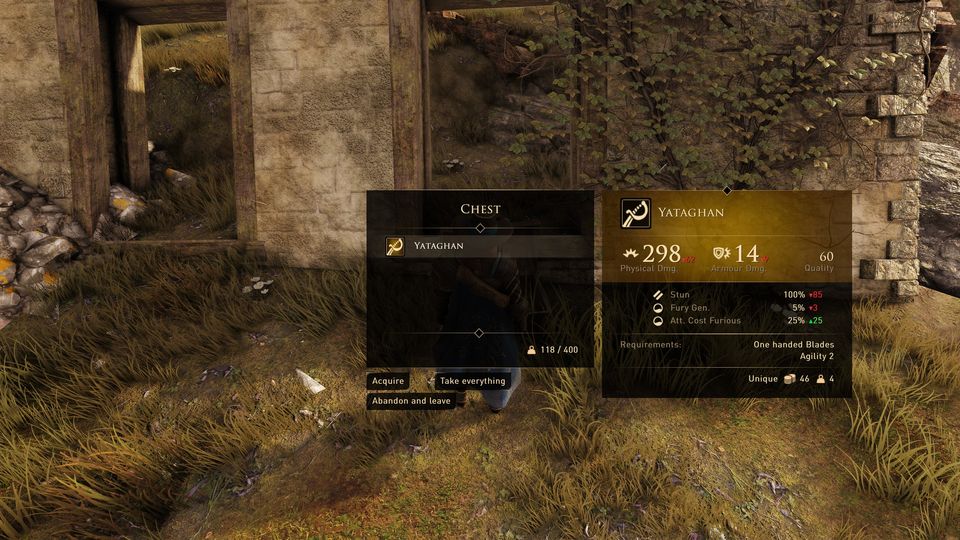 The Sacrificial Sword cannot be obtained until you are led to Vedvilvie by “The Origins of Theleme” questline. The quest will unlock a new path on the eastern side of the map. Your investigations in the area will take you to a guardian standing in front of a cave. Defeat the guardian to obtain the Sacrifical Sword.

The path to this strength based weapon is opened during a main story quest. While completing “Quest for Panacea”, you’ll make your way to a cave called Root’s Passage in Frasoneigad, “The Ancients’ Woods”. In the most northern side of the cave there’s an altar, the Great Scythe stands by it.

The Large Cleaver is a one-handed blade that you receive from the Congregation of Merchants for reaching Friendly reputation status with their faction. You’ll find this item in your stash.

Grand Saber of the Far East

This beautiful two-handed heavy weapon resembling an odachi is obtained by achieving the Friendly reputation status with the Nauts. You’ll find this item in your stash.

Properly explaining how to obtain this ring involves a great deal of spoilers. Since you cannot really miss this item, I will only provide brief information about its location. The ring is obtained at the end of “In pursuit of Tierna Harh Cadachtas” quest which takes place on Frasoneigad, “The Ancients’ Woods”.

This gun can be acquired during “Doctor Asili’s Experiments” quest which is part of the “in the Name of Science” questline in Hikmet. While in the doctor’s office, look for a chest in one of the corners, the blunderbuss is inside it.

One thought on “GreedFall Legendary Weapons List with Locations”