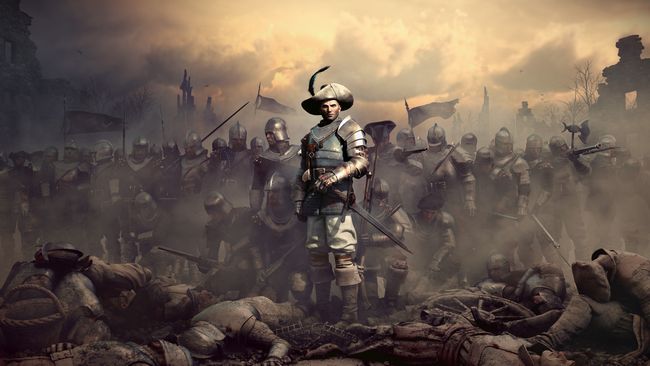 The Vices of the Mother Cardinal

If you go down to the basement right now, you’ll be stopped by the maid. Thus, you’ll have to equip with a servant outfit. Go outside and find a merchant on the other side of the palace square. He will be highlighted by the marker. Buy servant’s clothes – three comfortable vests. Having done this, return to the palace and go down the stairs. Go to the indicated room. The room clearly hosts orgies. Head to the far room and pick up a note. Return to the first room, examine a bottle of alcohol and pick up an earring from the floor.

Now, it’s high time to interrogate Candy Cane. Follow the marker and talk to him. After this, the quest will be completed.

This mission will begin after some time (after several storyline quests). Talk to Petrus and agree to help him. Head to San Matheus bookmaker and arrange a fight. Then, visit Candy Cane at night and convince him to make a bet against you. Give him 250 coins as all other options will lead to a fight and to a loss of reputation with the Coin Guard. Wait until the beginning of the fight, rewinding time 24 hours ahead, go to the arena and defeat the champion in a one-on-one battle. Return to Cornelia and talk to her to complete the quest.

The Sins of Father Petrus

This quest will start automatically sometime after the quest Dangerous Bets. Talk to your companion, head to the New Serene port and talk to admiral Cabral. Go to Hikmet and talk to captain Lisandro. Pay 50 coins or apply intuition (2 points). After this, you’ll learn about Ullan – you have already dealt with him.

Head to the Vignamri village and talk to Ullan. Go to the next hut, but Slan will not be there. Interrogate the villages and then head to the indicated place and save the woman from animals. All you have to do now is to just talk with her and Petrus.