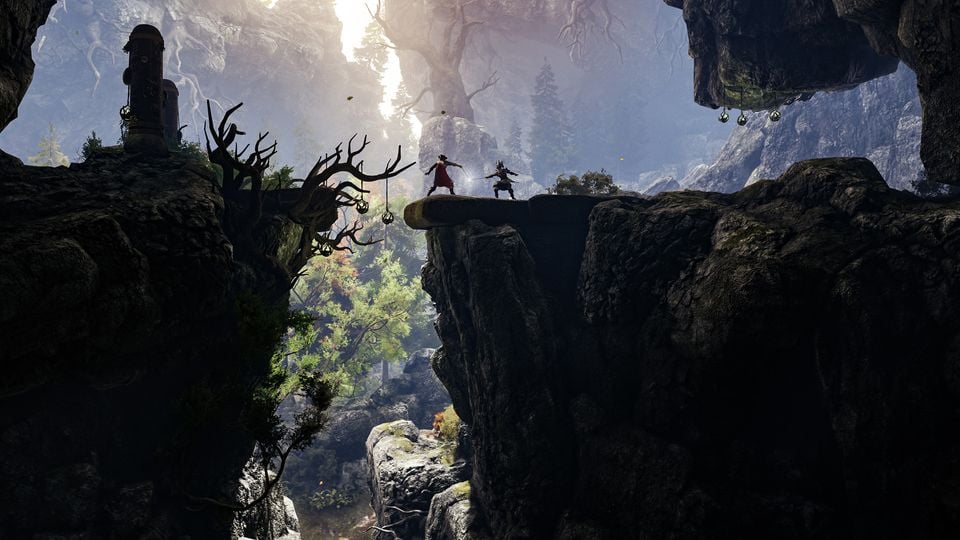 Quest Giver: During the main story missions “The Great Departure,” you will meet Sahin the Ambassador. Speak with him to get The Charlatan side quest.

Go to the right of the stall and through the metal door. You will see a chest where a letter is waiting for you. Pick up the letter and you will be attacked by a few thugs in this area, defeat the thugs and pick up the Charlatan antidote. Speak with the alchemist now and ask him to drink his potion which is won’t do; instead, he will run away. Chase the alchemist down to a tavern and head upstairs to find him in a room.

Push him for information and he will be forced to tell you about his experiments. Now, you are left with two choices and each has its own implication.

Choice #1 – Arrest him and you will quickly complete the objective. The fraud will end up in jail for his fake “cure for everything.” You will gain reputation with the Bridge Alliance by sending him to jail.

Choice #2 – The second option you have is to help him escape the city. This is a tricky option but we will tell you what will happen and what needs to be done. If you help with escape the city you’ll need to deal with the crowd near the tavern. You can discuss the issue with them, use your intuition, or simply ask them to leave. If you wish to make an agreement with them, you’ll need 6 health potions, and those must be bought from a merchant or trader. Without any potions a fight will break and you will lose 1 reputation point with the Congregation of Merchant. So what will you gain from this? You get 80 gold from the alchemist.