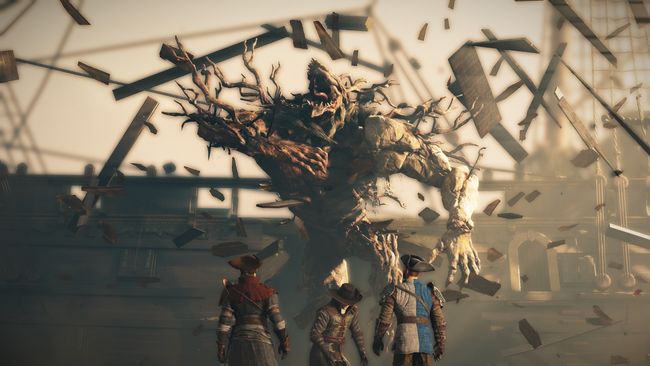 The Shadow of the Guard Walkthrough

The Man With the Silver Coin

Quest Giver: The quest kick off once you manage to complete Coin Guard Merchandise side quest. You will find that quest elsewhere in this GreedFall side quest guide.

Once you have the quest go to the market to speak with multiple merchants and try to convince one of them to help you. There are two ways to get them to help you, Charisma and Bride. It will take 100 pieces of gold for a merchant to help you. If someone agrees to help you, wait two in-game days before the situation moves forward. You can wait for a while and do other things or head home and get some sleep to speed up the process.

Now that two days have passed, come back to speak with the merchant. Go and hide in the ally behind his stall and wait for the blackmailers to show up. Deal with them and loot their bodies. Looting their bodies will give you the location of the man you are looking for. Go to the specified location and watch the cut-scenes. Once the cut-scene is over, follow the man but make sure you aren’t spotted.

After a short time of following him, you will end up in a fight with the man you were following. Deal with him and loot his body for more clues. Now, head to Manfred’s and share the details of your side quest to complete the quest. You will earn +3 reputation with the Coin Gaurd faction, 1300XP, and 50 gold.

Reward: +3 to reputation with the Coin Guard, 1300 experience points.

Champion of the Arena

Talk to the arena manager in New Serene. You will meet him when proceeding with the quest An Aspiring Merchant.

You’ll have to win five rounds. Each round consists of three battles with increasing difficulty. Once you have won the fifth fight, the quest will be completed, and you’ll get the reward and several achievements. 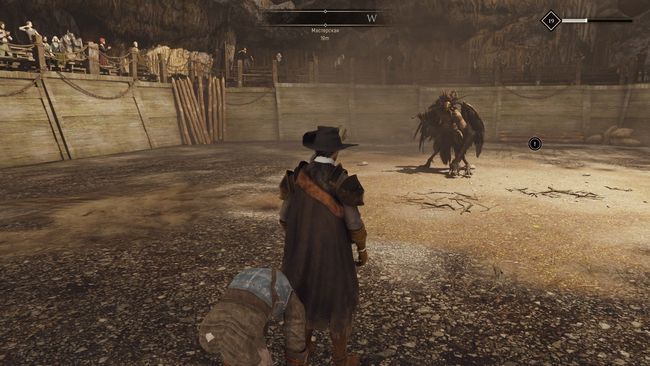 The quest will be provided by Manfred from New Serene. Visit the Coin Guard headquarters after you deal with the rebels headed by the general in the quest Treason!. Head to the tavern and talk to the innkeeper. Then, move to the port and talk to the customs officer. You can bribe him with 100 coins or apply intuition (3 points!), showing a silver coin. In the other case, you’ll have to find the key by yourself. 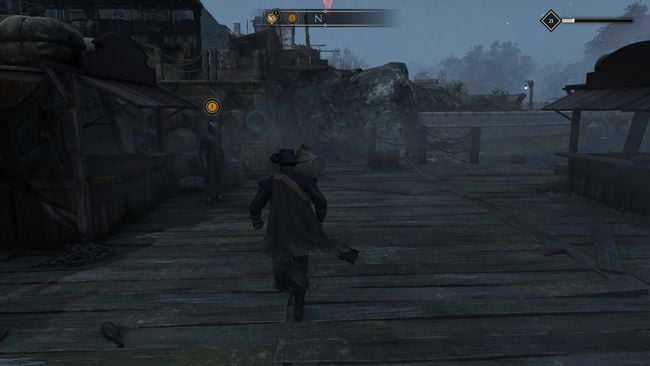 We have chosen the second option since the key is located in the nearby. Look towards the water and see an orange glow at the end of the pier. Grab the key from the box and look inside the chest to find a note. Talk to the customs officer, meet him by the gates and run together to the meeting place. Hide behind the fence and bend down, pressing C. When the meeting takes place, you’ll have a choice – pursue the enemy or help the customs officer. The runaway man is not Egon so there’s no need to chase him. Jump down and help the customs officer who helped you. After this, you’ll talk to the man.

Leave the location and head to a new one where the infirmary is located. You can fight your way or go through the stables on the side, hiding in the grass. As soon as you defeat Ludwig himself, the fight will end. Return to New Serene and talk to Manfred. 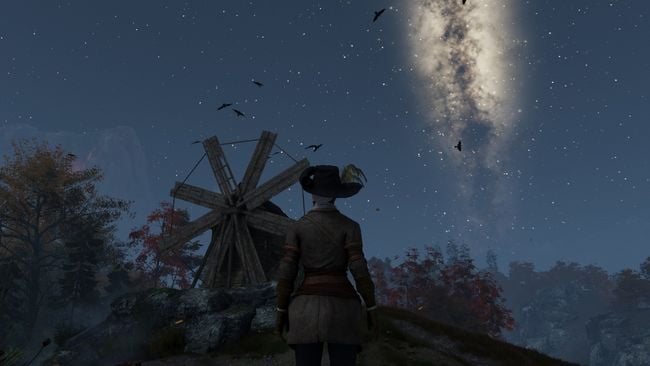 This quest starts after the quest Contraband. Talk to admiral Cabral and then go to San Matheus. Go to the local barracks, talk to quartermaster and three officers who are upstairs. At some point, sergeant Franz will stop you. Leave the barracks and go to the meeting place at the church gates. Talk to him on different topics.

You may immediately attack the sawmill with the captives or visit the village of Vedlog and ask for Derdre’s help. You will not be able to convince her, so you’ll have to use the branch with the level 3 intuition. If you do not have that many points of intuition, do not waste your time – don’t go to Derdre. On the other hand, if you have completed the side task Camp of the Ordo Luminis, Derdre will provide you with allies without any checks.

Head to the sawmill at San Matheus and kill the guards. Go inside and release the captives, having talked to the woman in the blue dress. Go outside and meet your allies. Hide behind the logs at the side by pressing C. Defeat two groups of solders and talk to different characters including Manfred in New Serene.

Climb to the second floor and talk to captain Ulric. Agree to hit the road. Clear the camp from Egon’s henchmen and then go inside through the far door. Kill enemies on each floor and find several notes and evidence. On the first floor, you’ll find a cell with dead Franz. Return to Manfred and report about everything. Go out to the Coin Guard courtyard and face lieutenant Alexander. He is Egon. Defeat all opponents and then talk to several characters. The quest chain is completed.

Reward: 2200 experience points, +3 to reputation with the Coin Guard.