This guide is a walkthrough of a hidden quest in Grim Dawn: Forgotten Gods, which grants access to the fight against the “Crate of Entertainment” boss, a gimmick item and a hidden devotion shrine.

This guide is a walkthrough of a hidden quest in Grim Dawn, which grants access to the fight against the “Crate of Entertainment” boss. It is only available if you own the Forgotten Gods expansion.

The quest is only available on Ultimate difficulty and you will not have a quest log entry for it. The quest rewards you with access to an additional Devotion Shrine and a not very useful but unique looking legendary item.

All map pictures in this guide are rotated to default view for easy comparison (north = straight up). Click on any picture to see a bigger version of it.

If you find this guide not helpful for any reason, please let me know why (write a comment) and give me a chance to improve before giving it a thumbs down. Thanks.

Go to the “Vanguard of the Three”. There you will find a green summoning circle. Standing in this circle damages you, but if you manage to survive for around 15 seconds, Chillheart will appear on the ground. Pick it up and keep it in your inventory for later.

Surviving can usually be done with health potions, an Aether Cluster and either a heal or immunity/absorb skill. 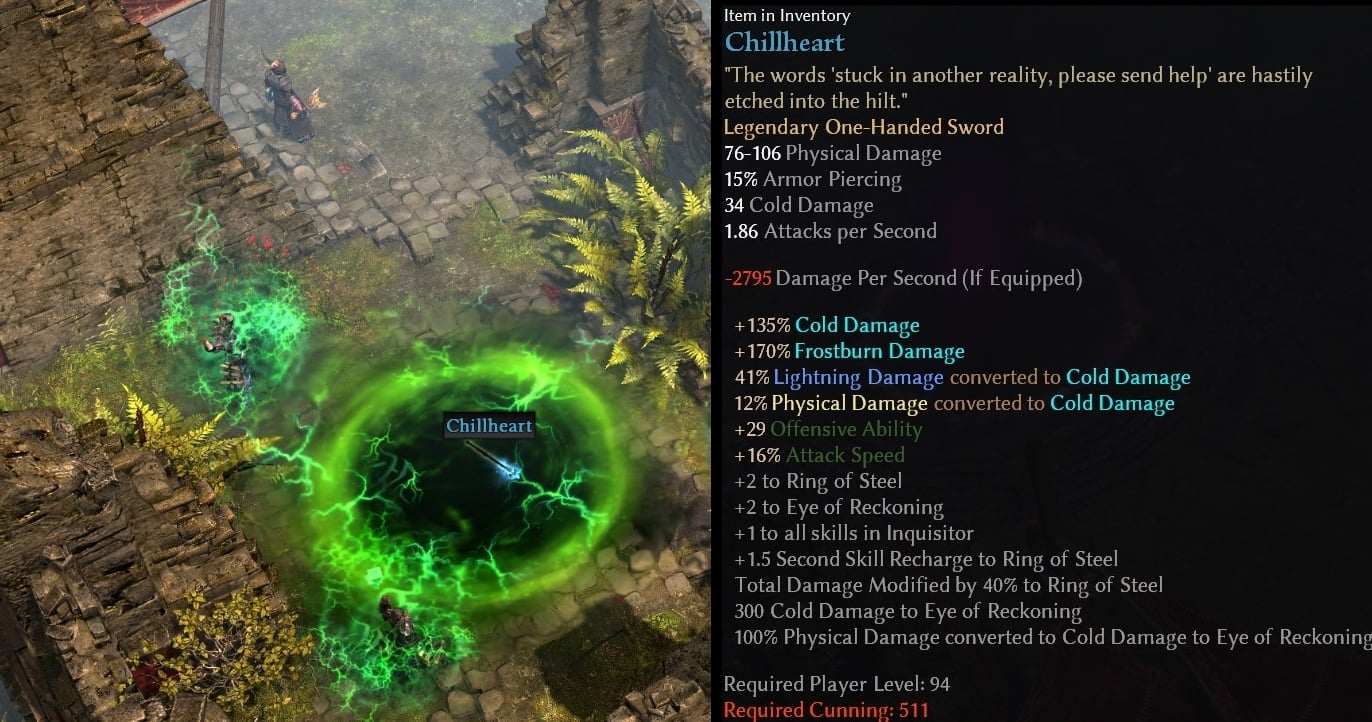 In the Conclave of the Three, there is a hidden cellar entrance near the Cult of Dreeg area. Enter it and you will find a cellar with a chest, an urn with a lore note inside and an “Unassuming Crate”. If you destroy the crate, there will be a screen note about breaking a seal. Also a ghost will appear, telling you that there are 6 seals in total, but he won’t tell you where they are. 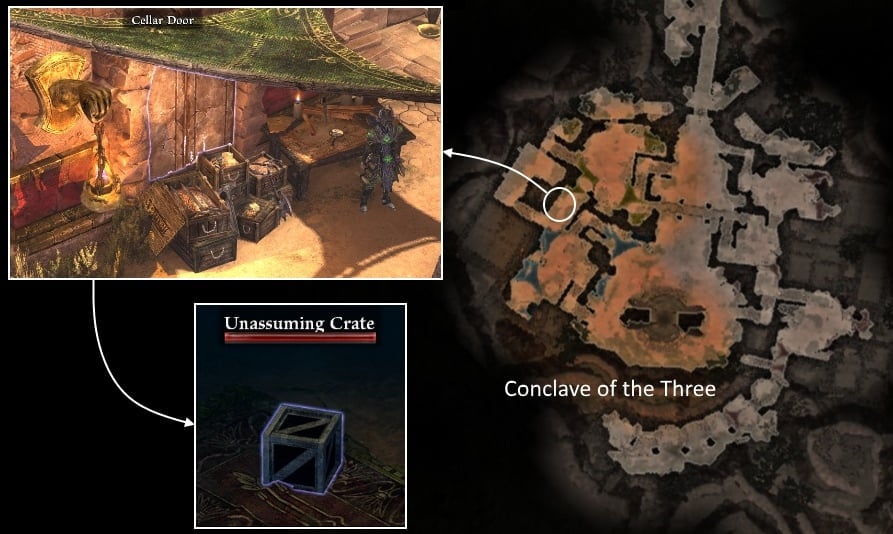 All the other seals are unassuming crates too, mostly hidden in secret areas across the world of the Forgotten Gods expansion. Here’s where you can find them: 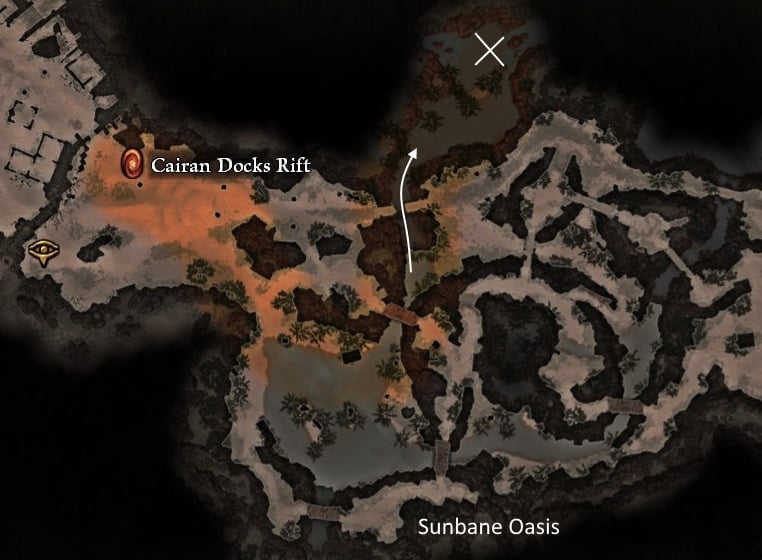 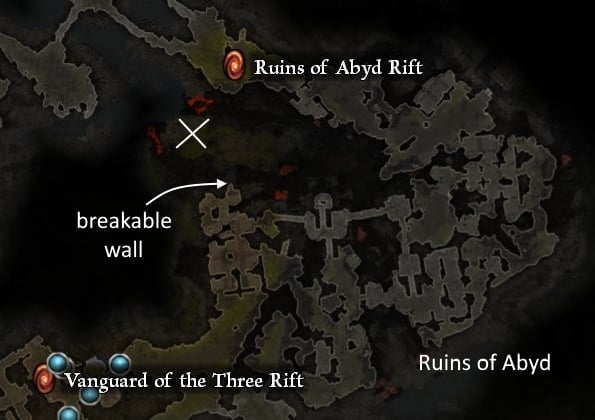 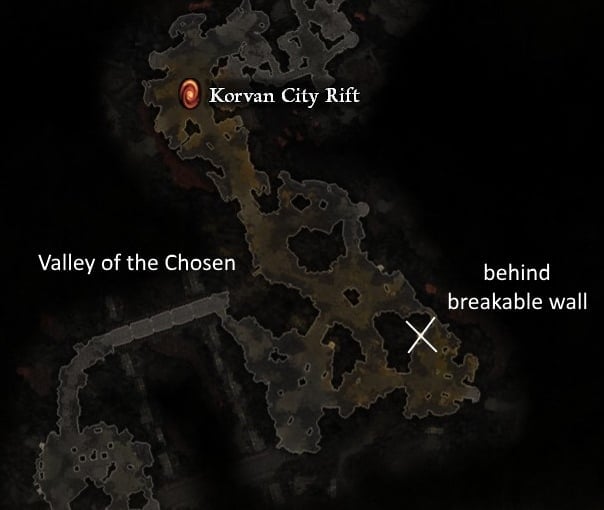 When you destroy the last crate, you’ll get a different screen note: “A shiver goes down your spine, visions of endless sands overwhelm your mind…”

Now go to the Cairan Docks and find the area with a crate logo on the ground. When you walk over it, a passage opens up next to it:

Welcome to a cozy place called the Bonebleach Basin. It is filled with hordes of dromedary enemies, so this seems to be Crates interpretation of the cow level. There’s also a sandstorm which constantly deals damage to you. It becomes stronger the further you progress into the area. Keep fighting with life leech (ADCTH) or defensive skill/devotion proccs. Use heal/immunity/mitigation skills or have a lot of life regeneration. Bring a lot of health potions and some Aether Clusters, use movement skills to traverse the area quickly.

There’s also some spots which are protected from the storm, where you can regenerate and wait for cooldowns to finish. Here’s a map of the area including these safe spots. Make your way to the altar in the north east of the basin: 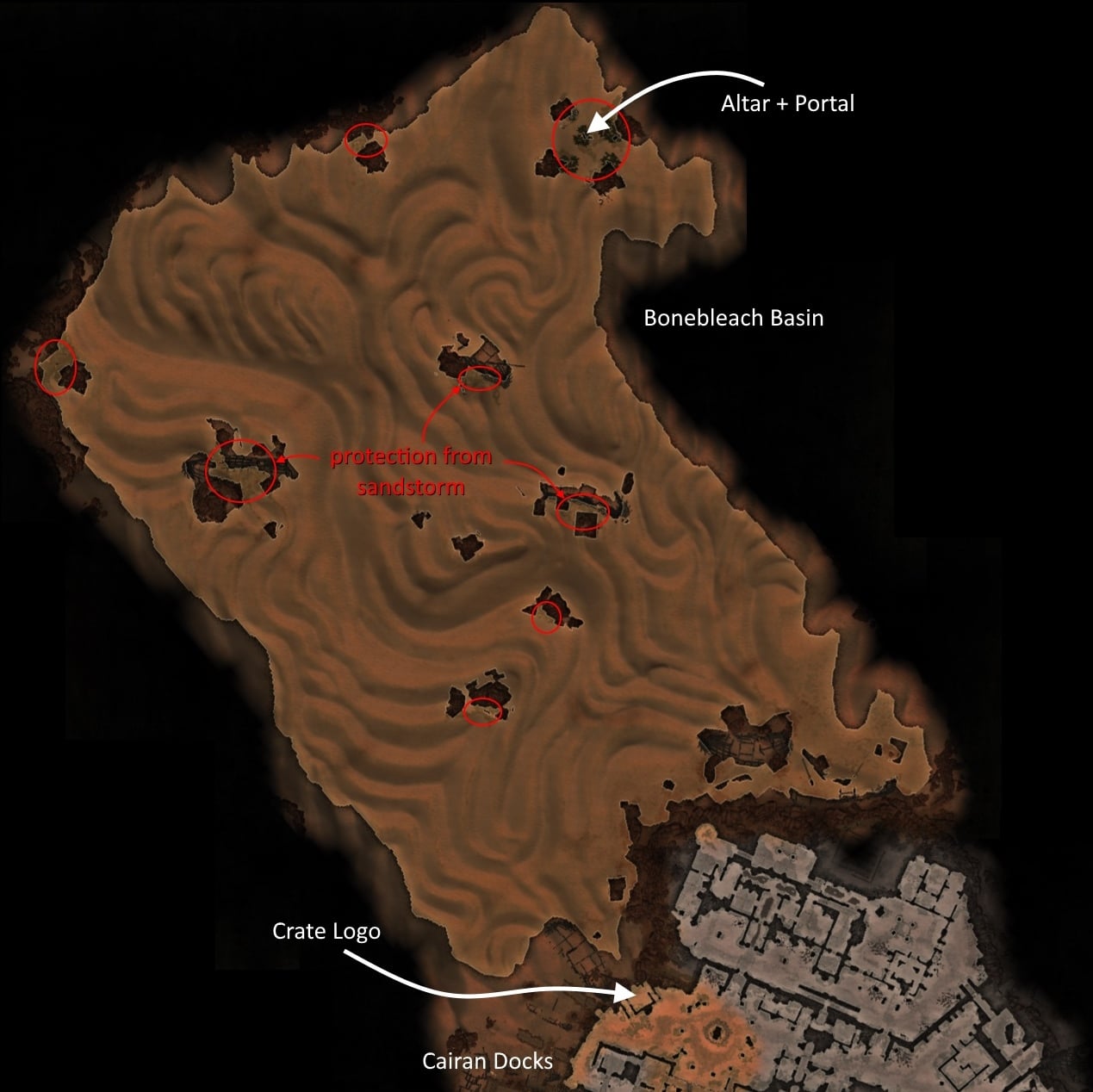 When you reach the altar, you can activate it with Chillheart in your inventory (will not be consumed) and proceed to the Edge of Reality.

Step 4: The Edge of Reality

When entering the edge of reality, you’ll find yourself in a room with a devotion shrine (which takes a Skeleton Key to restore) and 5 colored levers. You have to pull them in the right order. If you make an error, they will reset after a few seconds.

The order seems to be same each time: white, yellow, green, blue, purple.

If you manage to find the right order, a door in the wall behind the devotion shrine will open and you can proceed. You can (and should) also put up a town portal in this area, just for the case that you die. Which you won’t, of course. In the next area, you will find a lot of “oversized maggots”. They are not aggressive and only attack you if you start a fight. They have a ridiculous amount of health and oneshot you. But they either seem to have horrible hit chance or attack really really slow. Also they seem to become extremely slow when they’re being attacked.

One of those maggots is special though, and you only need to kill this one maggot to open the portal to the next area. It has a different name (“Perfectly Usual Oversized Maggot”) and has a lot less health. But since the other maggots around it get angry if you attack it, you either have to kill it very fast and run like hell or attack from a safe distance. If you attack all of the angry maggots with an aoe, they get slowed and you can either kill them or just run for the portal.

The next area is just a small lava area, just make your way to the portal on the other end and proceed. Now you’ll enter the last area of the Edge of Reality, Devils Crossing. Just like in the very first secret quest, you’ll have the chance to fight a pretty tough boss here. This time it’s the “Crate of Entertainment”, a dude with a crate head, accompanied by crate enemies which split up into smaller crates, which enjoy freezing you and reducing your FPS. If you manage to beat the boss, he will drop a “Mildly Amusing Box”, a legendary headgear for level 1 characters. There’s also some loot chests with regular loot. 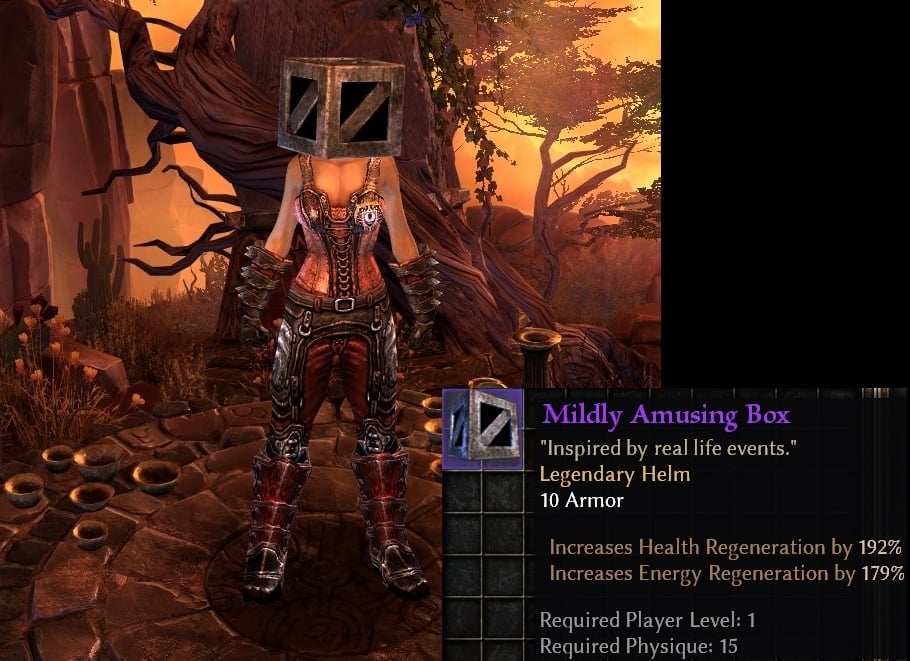