Half-Life: Alyx is Valve’s VR return to the Half-Life series. It’s the story of an impossible fight against a vicious alien race known as the Combine, set between the events of Half-Life and Half-Life 2. Playing as Alyx Vance, you are humanity’s only chance for survival.

Are you stuck? Are you a huge sissy and can’t take the stress of the dark early parts of the game? Use console commands to literally make yourself a god, and I’ll be telling you how to enable the console, and list some commands here for you to play around with.

You must type in “sv_cheats 1” without quotes and press enter for most of these commands to work, .

Commands: (feel free to submit more in the comments section and I’ll add them here, I haven’t really had the time to test out that many commands) 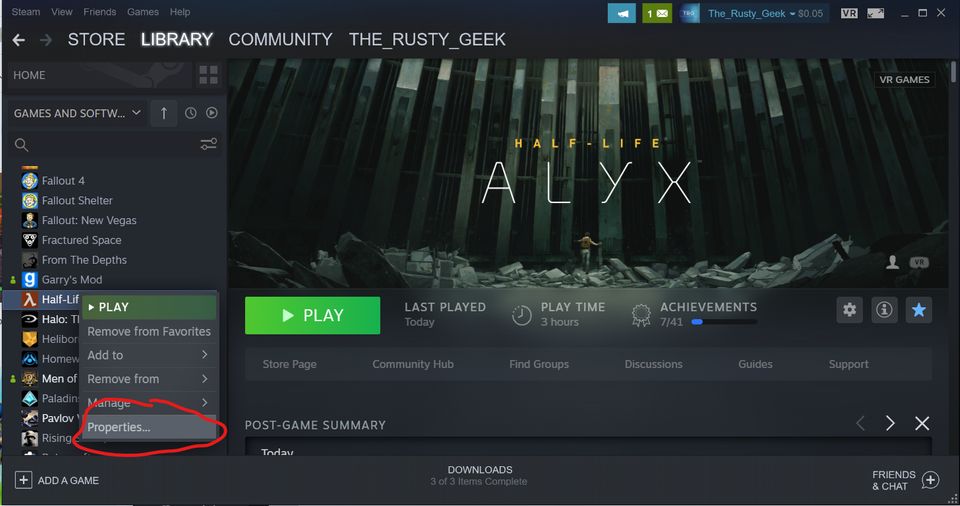 Make sure you have Half-Life Alyx closed

Navigate to your library and right click Half Life Alyx, in the dropdown menu that appears, click “properties” 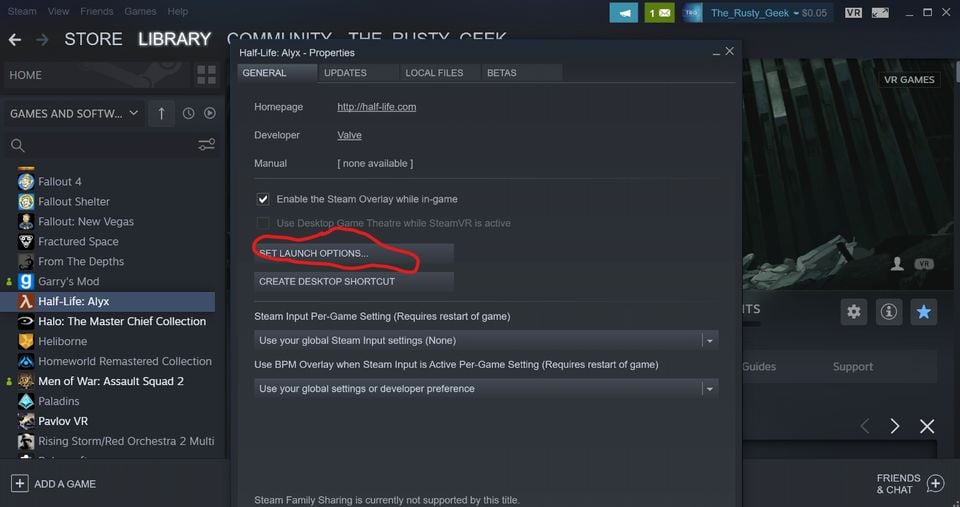 Next, paste -console -vconsole into the textbox and click OK

Open up Half-Life Alyx
For most of these commands to work, you have to be loaded ingame, so load a savegame and pause your game.

Press “~” on your keyboard to load up the console. If you cant find the key, its located above the “tab” key. Now, a window will open up on your PC monitor, not in your VR headset so you’ll have to take off your headset to use the console, which is why I recommend pausing your game when using the console. 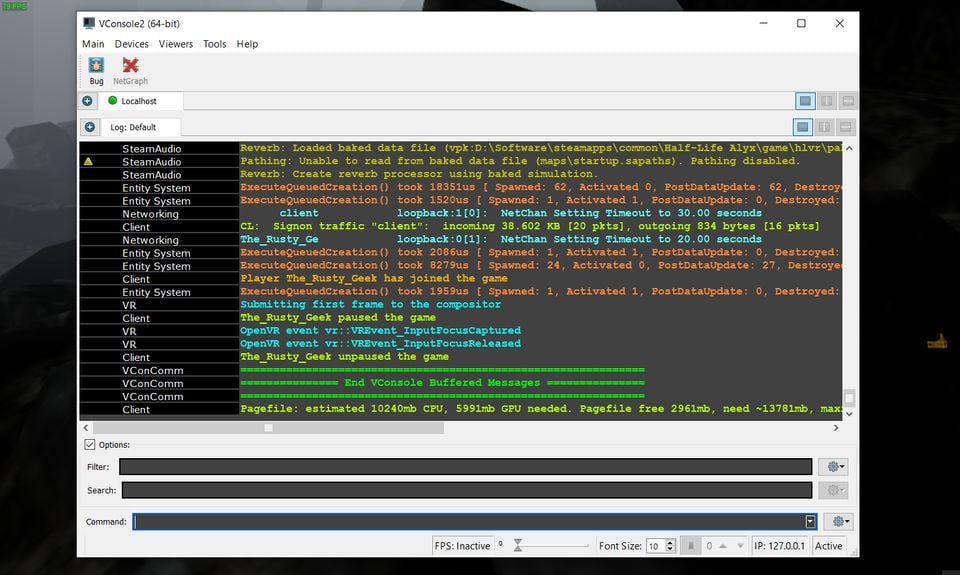 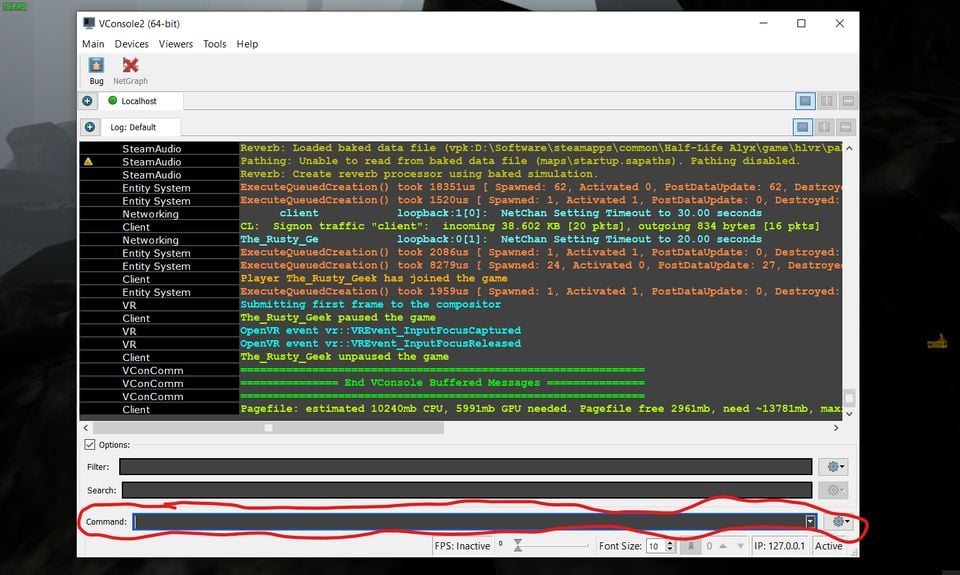 Type in your commands in the textbox that I’ve circled in red, helpfully labeled “command”.

Press enter after you are finished typing in or copy-pasting your commands for them to take effect.