I couldn’t find this information anywhere easily accessible, having to scour Twitter threads and YouTube comments for info on the ones I couldn’t find myself. This includes all 6 tracks, where they are in the level, and how to access them if there’s extra steps.

I love this game to pieces, however it sadly remains relatively obscure and from what I can find no one has made a guide or video containing all these locations, and I’m not sure if anyone else ever will since it’s not tied to an achievement.

If you want to explore for yourself and need a hint, or two, I’ll lay those out here.

As a general rule, the 4 main patients’ are hidden in their respective tapes, Rosemary’s can be found in the same tape you find her vinyl, and Desmond’s is in the apartment building somewhere late in the game.

Otherwise the rest of this guide WILL contain light spoilers for areas in the game, but nothing pertaining to the story itself. And as a reminder, you can re-enter any of the tapes from Desmond’s office if you missed something.

I also apologise for Discord overlay being present in some of the screenshots, I wasn’t aware Steam included that lmao.

Virginia’s track is fairly easy to find, being at the very end of the Homa Mart level. Once you’ve opened up the tunnel behind the dollhouse, it’ll be essentially directly to your right (though you’ll have to walk around some box towers to get there) with some teddy bears watching over it.

Bottom of the Pit – Allen’s Tape

Allen’s track is a bit more well hidden, still towards the end of the level. Once you have the flare gun and get back to the lighthouse, clearing the darkness there, the door to the right has what you’re looking for. Inside the closet held open by a rusty buoy, it’s tucked away at the back, sitting on top of a cardboard box.

I realised after the fact that I missed the screenshots for this one despite finding it and had to replay the level to get these. I hope someone appreciates this.

Again towards the end of the tape, Is It Me requires a tiny bit of platforming to reach. Right before you head down into the quarry for the final fight with Max, instead hop up onto the nearby pipes until you reach a small outcrop with a truck. There’s also some supplies to be found here which is also nice.

Once you go around the corner of the building, you’ll find the track resting on top of a rock. 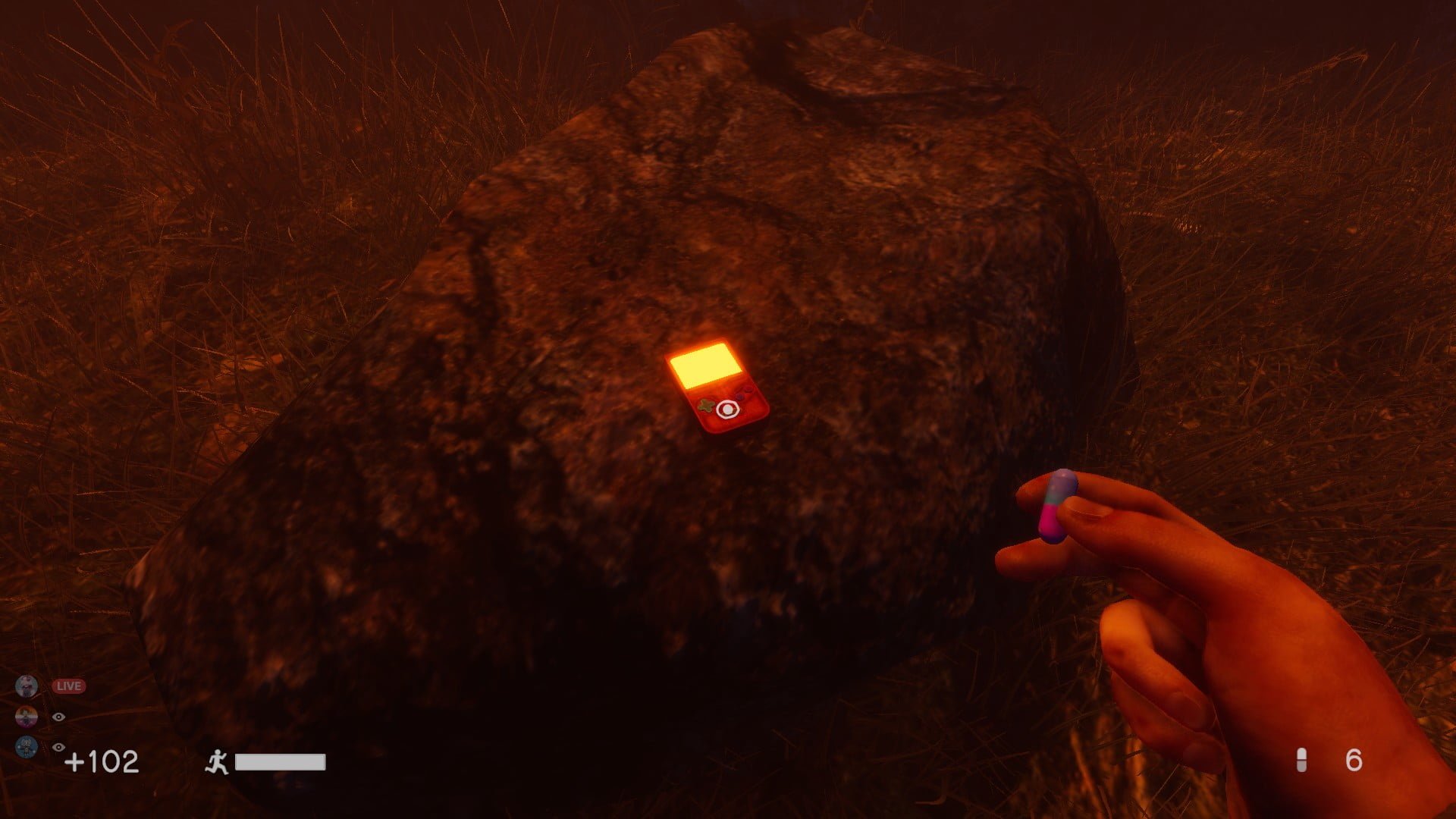 Me and the Boys – Lucas’s Tape

This track can actually be found towards the beginning of the tape, right outside of Lucas’s cabin. It’s next to the wall that’s lined with glass bottles, inside of a small cardboard box. You will have to break some bottles resting on top of it, using either a gun or possibly the mirror shard (though I haven’t tried the latter, there are bullets nearby). 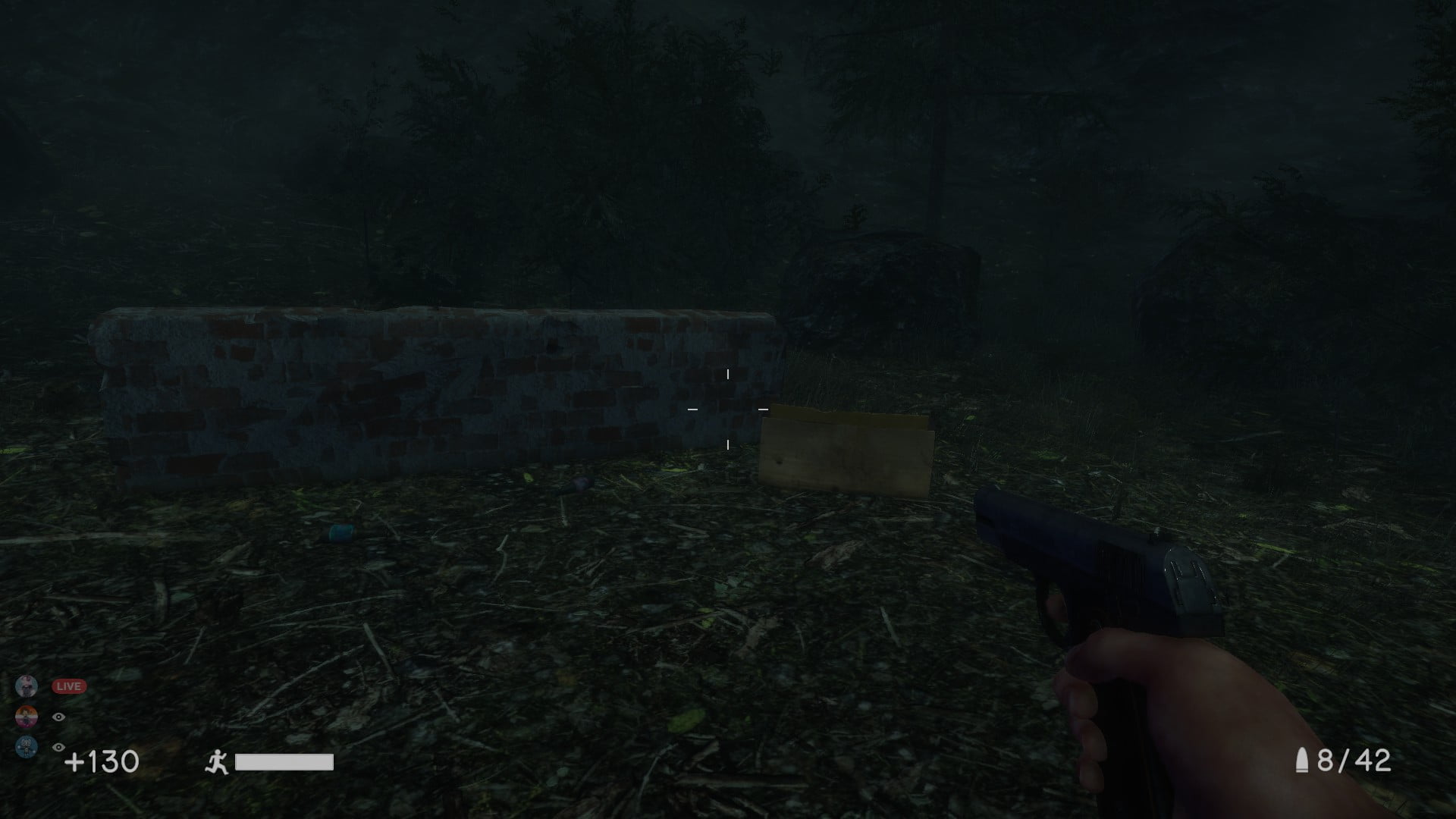 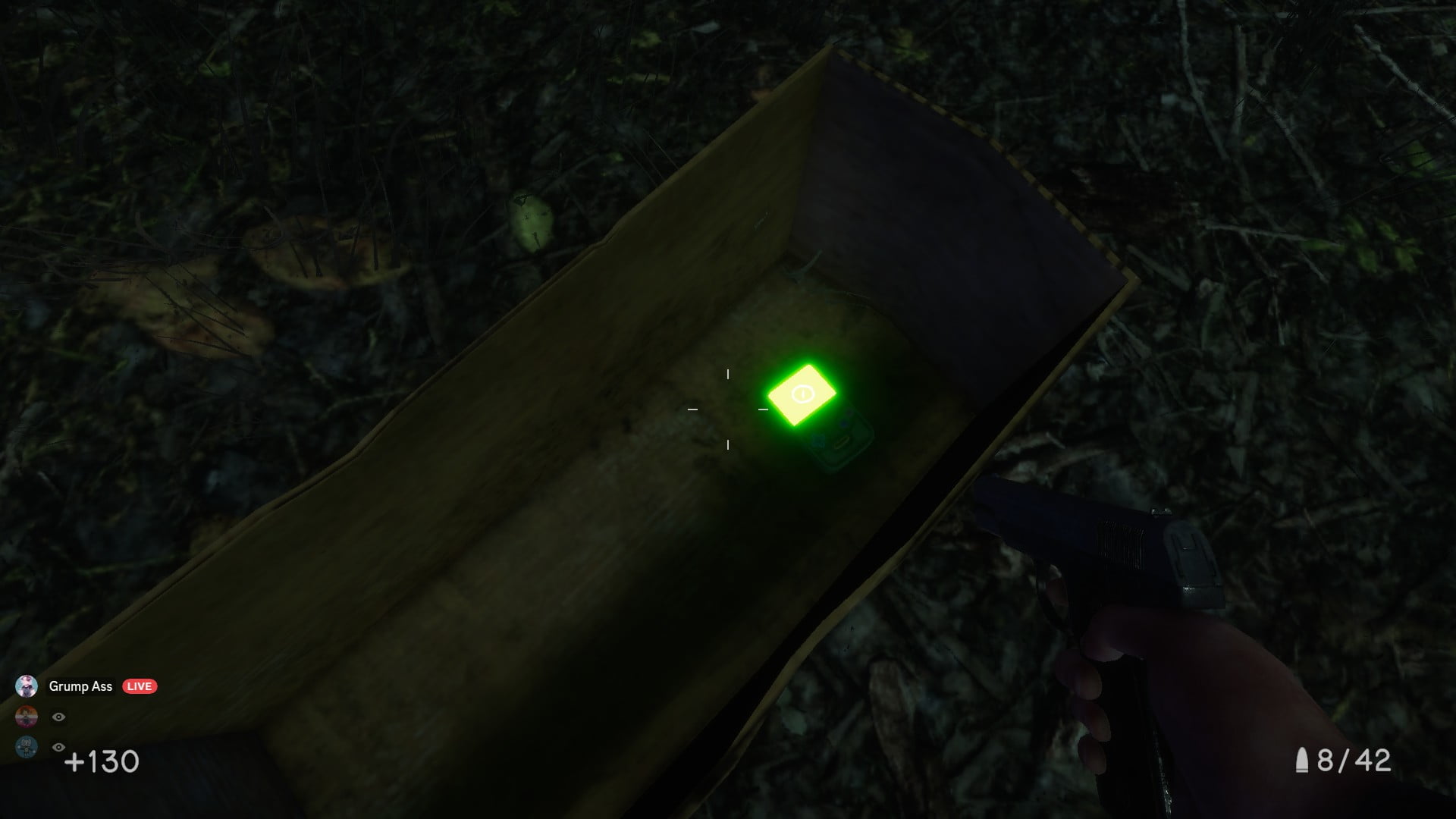 Whatever It Takes – Lucas’s Tape

Along with Rosemary’s vinyl, her 8-bit track can also be found in this tape. It’s a lot further in but easier to spot since it isn’t covered up by anything. Once you’re near the top of the bunker but before heading all the way up to the satellite array controls, go behind the fence surrounding the stairs and it’s simply lying on the ground, somehow working despite being drenched in rain. 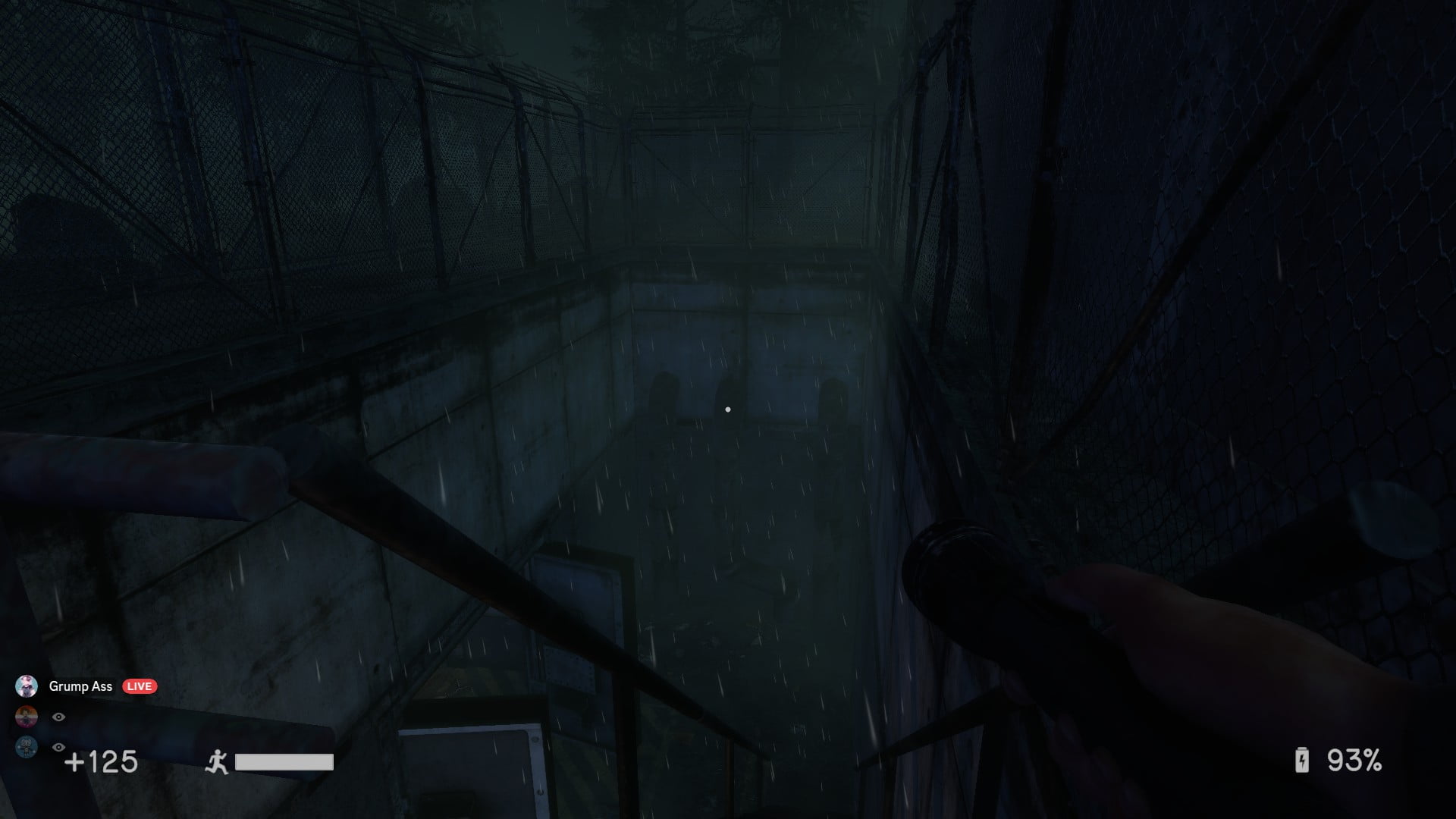 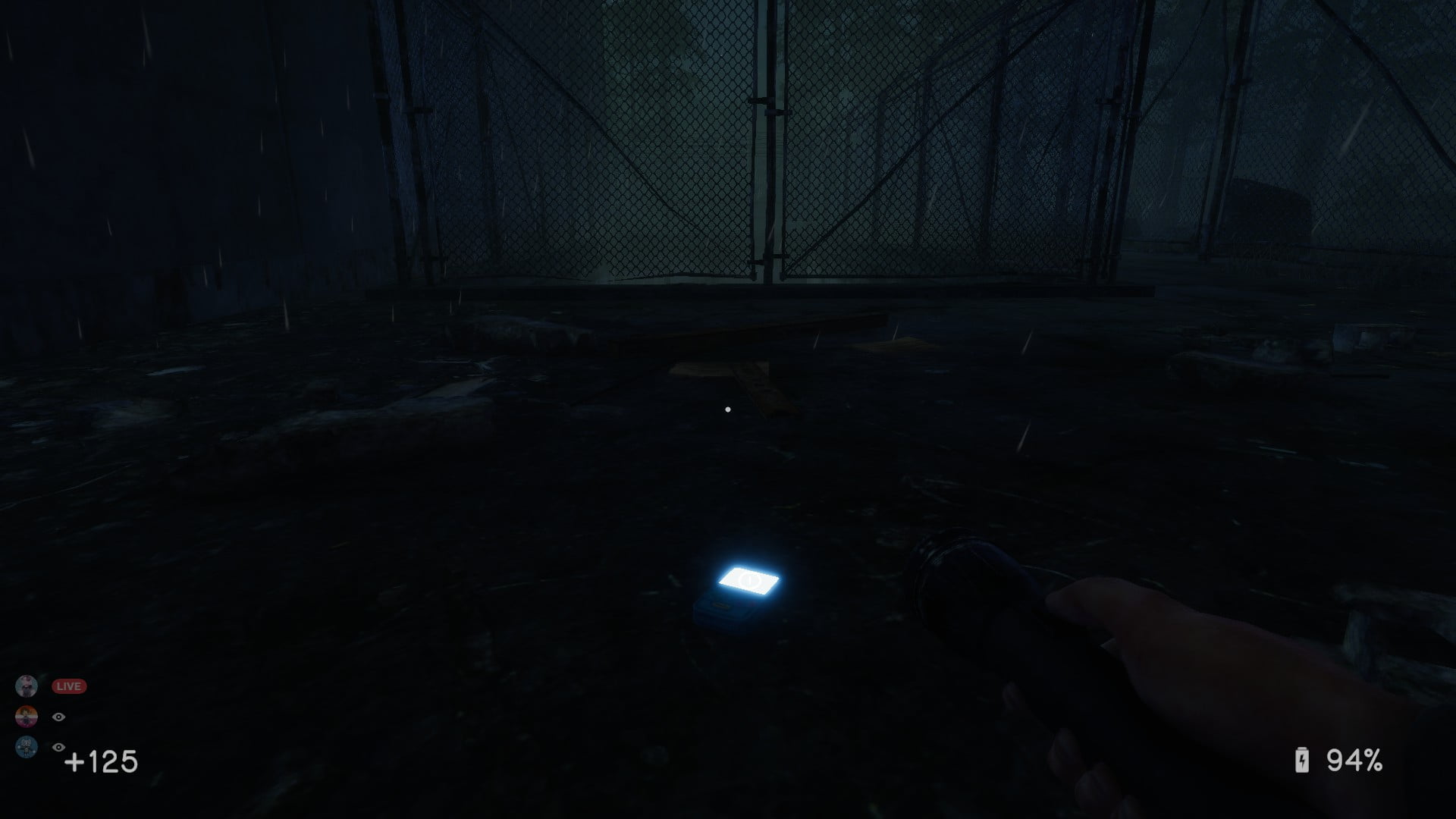 Here Comes a Saviour – The Building

Unlike all the others, this track is actually found in the main apartment building, though only after the basement is fully flooded. This track is however the most convoluted to find by far. There are lots of pills about to heal, but you will have to run through a fair amount of contaminated water.

The first step is heading into the workshop room where you first assembled the gun since all the other paths are blocked for now. Once on top of some makeshift platforms, stand on a floating box until it sinks enough for you to see the other end of the hallway while crouching. Shoot near the top-centre of the blockade to hit a barely visible barrel and clear the path. 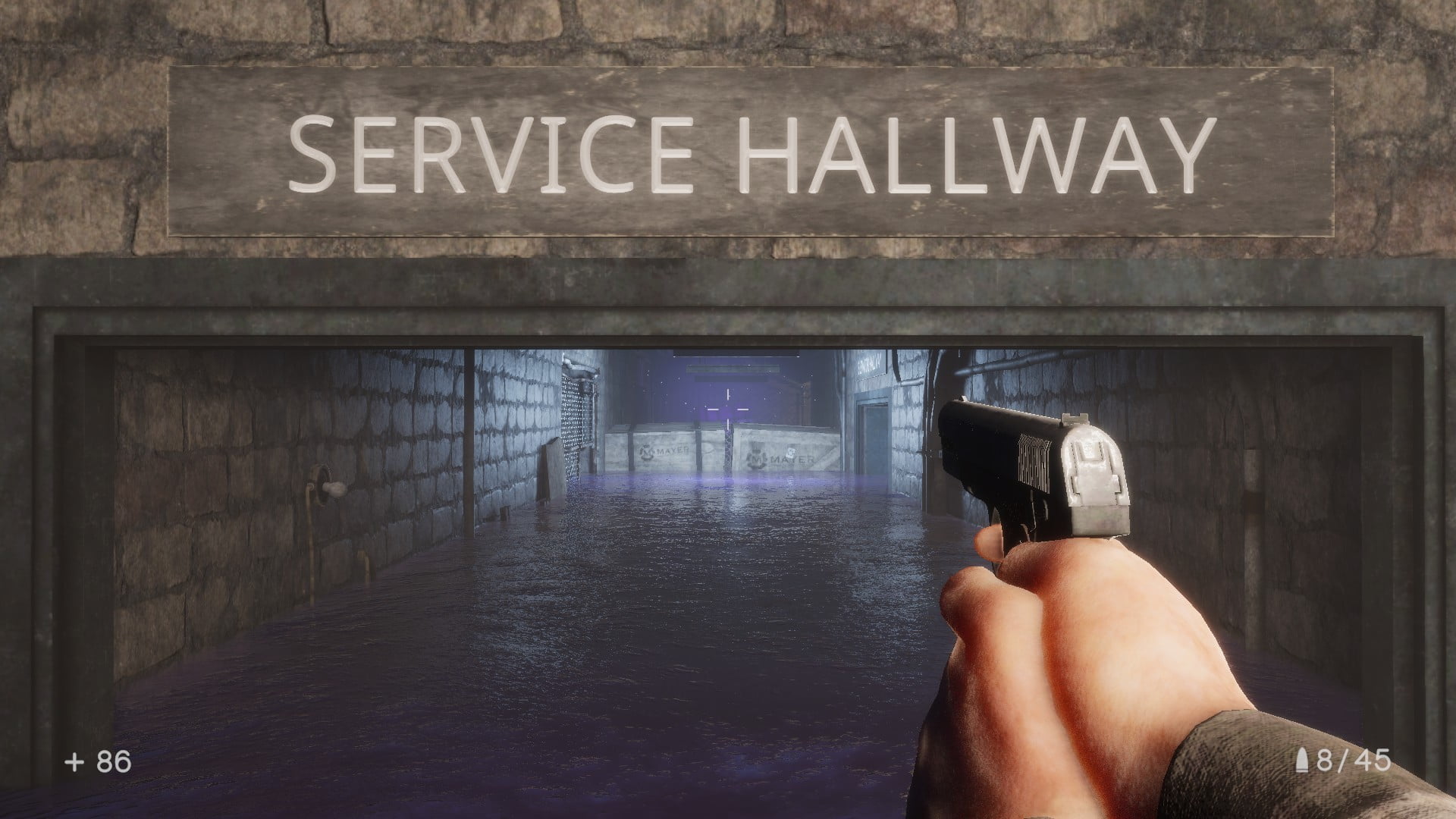 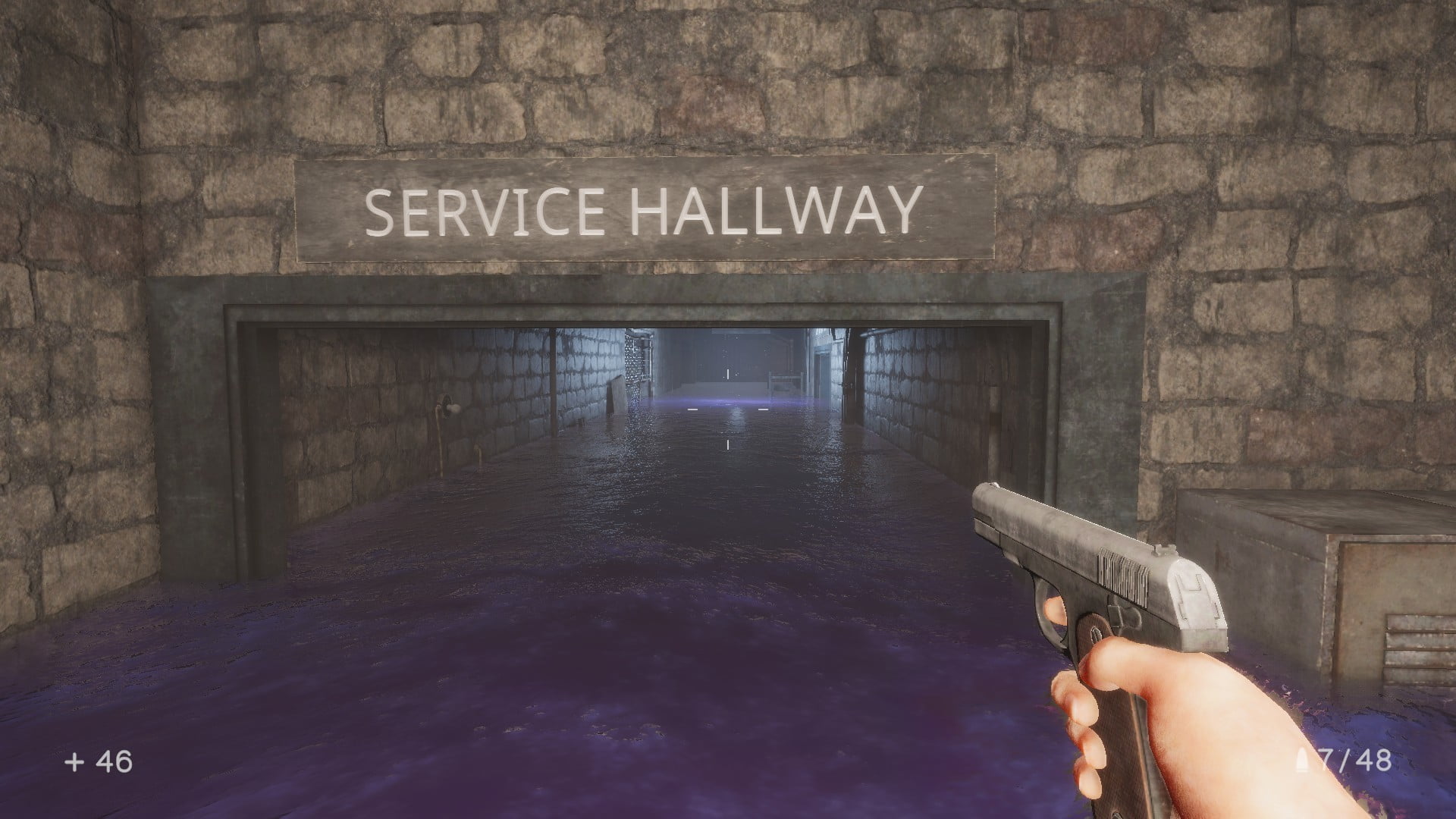 Next, heading down towards the storage room where you first picked up the flashlight, climb up on some shelves to be able to get a good vantage point and out of the drug water. Using a pill, chuck it at the crate with Agent Rainbow on it to clear the next set of boxes. 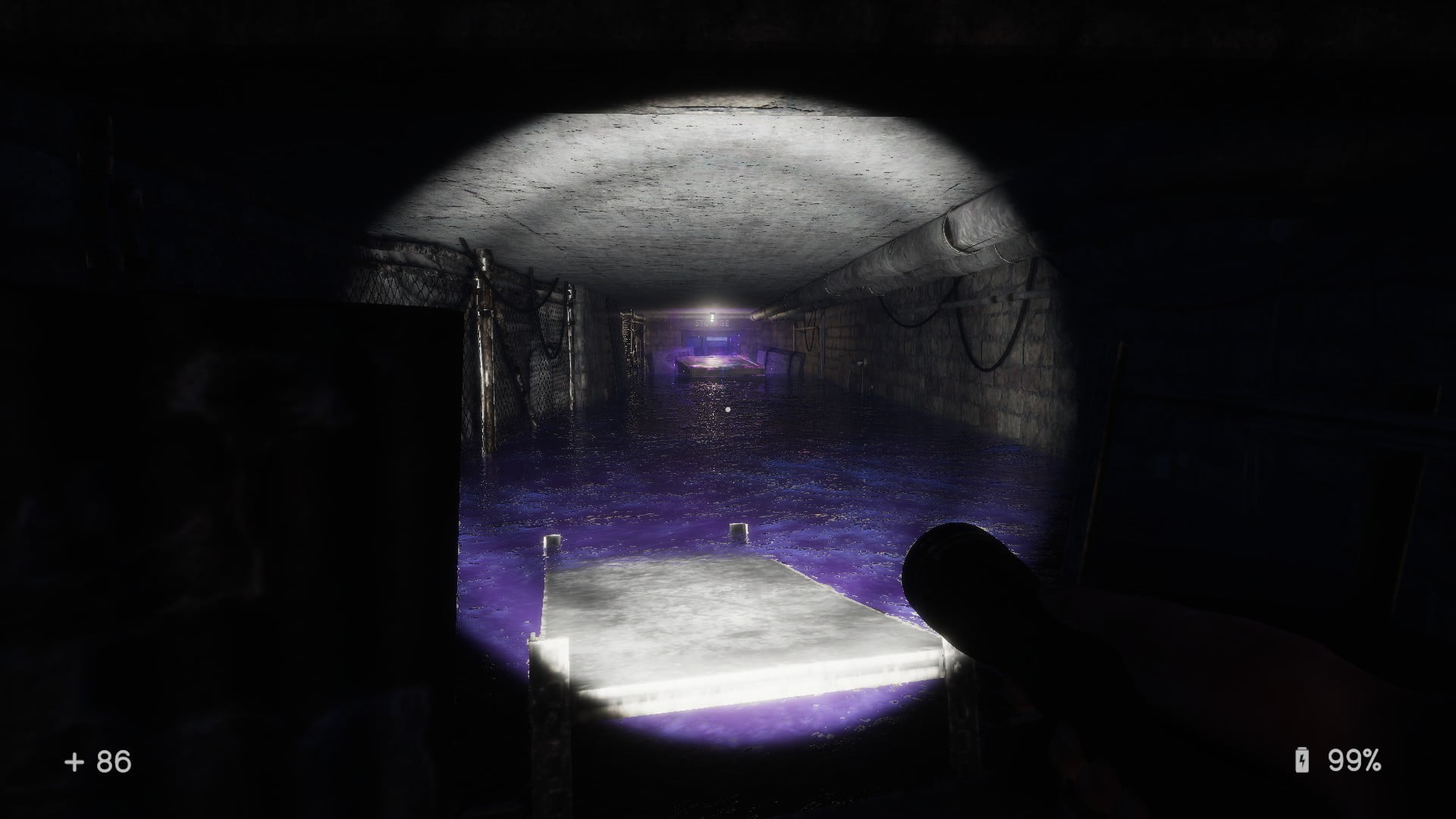 Once inside you’ll have to clear two things in this room, first another set of crates with Rainbow using another pill, and second shooting a barrel in the far left corner. Both can be hit from the (non sinking!) floating pallets if you don’t want to shoot while in the water. 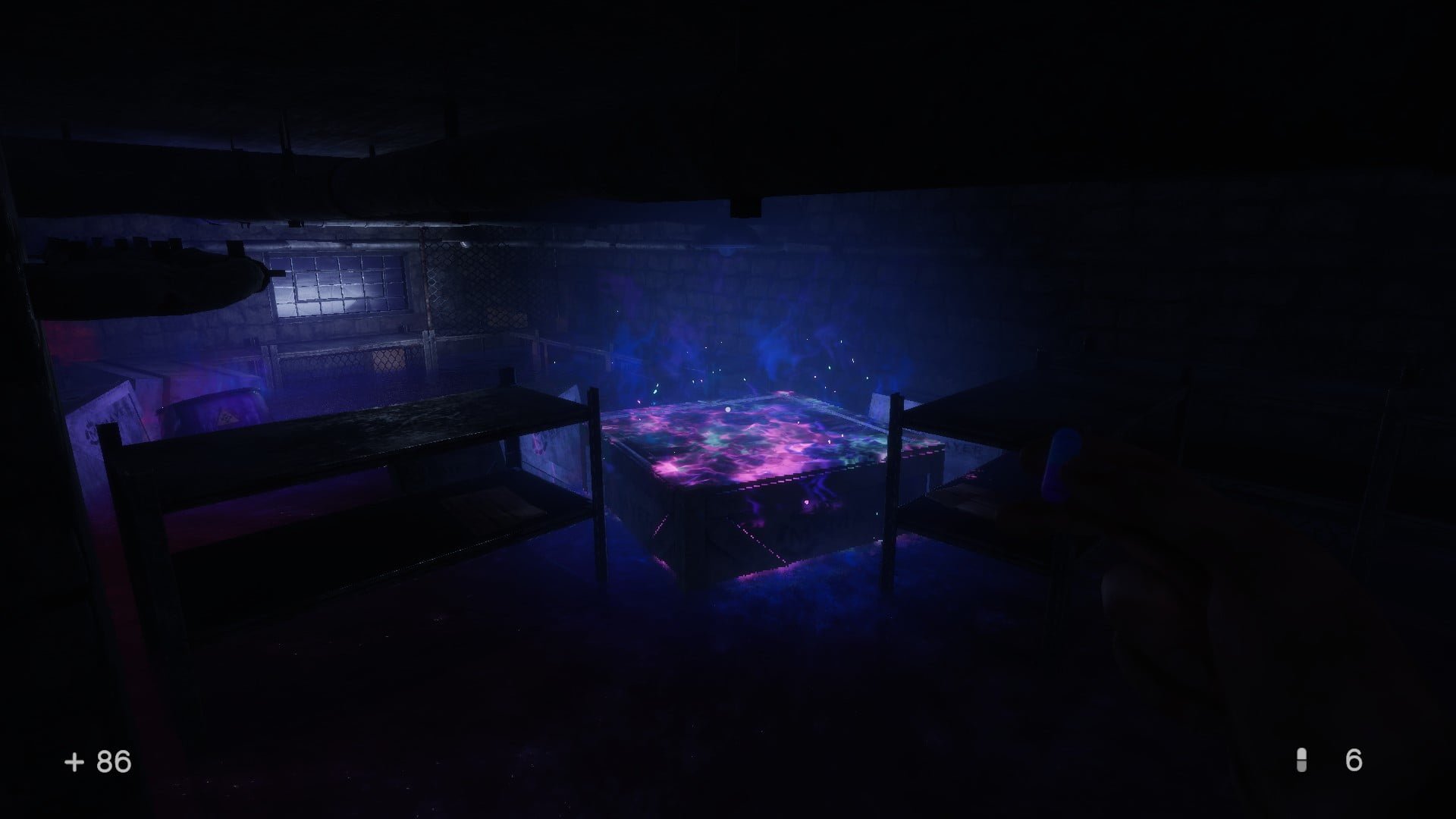 Crawling through the vent where you may or may not have found an upgrade pill earlier, you’ll now have to chuck a pill over the slightly shorter fence to clear a pile of boxes, though this actually causes the basement to start draining! The water won’t be completely gone, however it will no longer affect you while you’re standing in it, and the previous crates, shelves, and pallets you had to stand on will be out of your way. 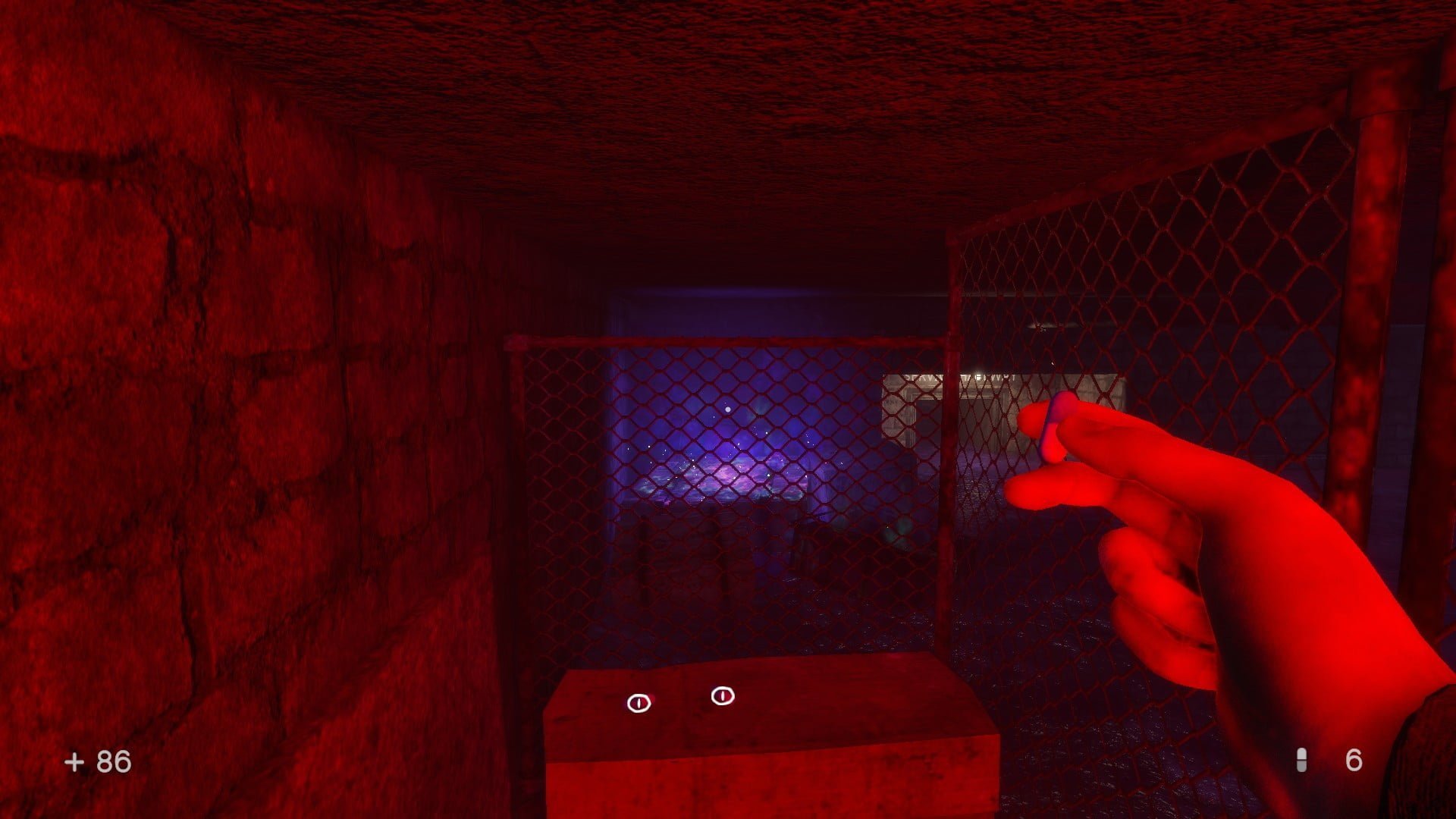 Finally, head back to the trash room proper and shoot one more barrel to clear the last of the crates and fully drain the basement. Underneath, you’ll find your reward, along with an infinite supplies of pills that I believe is unique to this secret, unless I’m forgetting something in the factory. 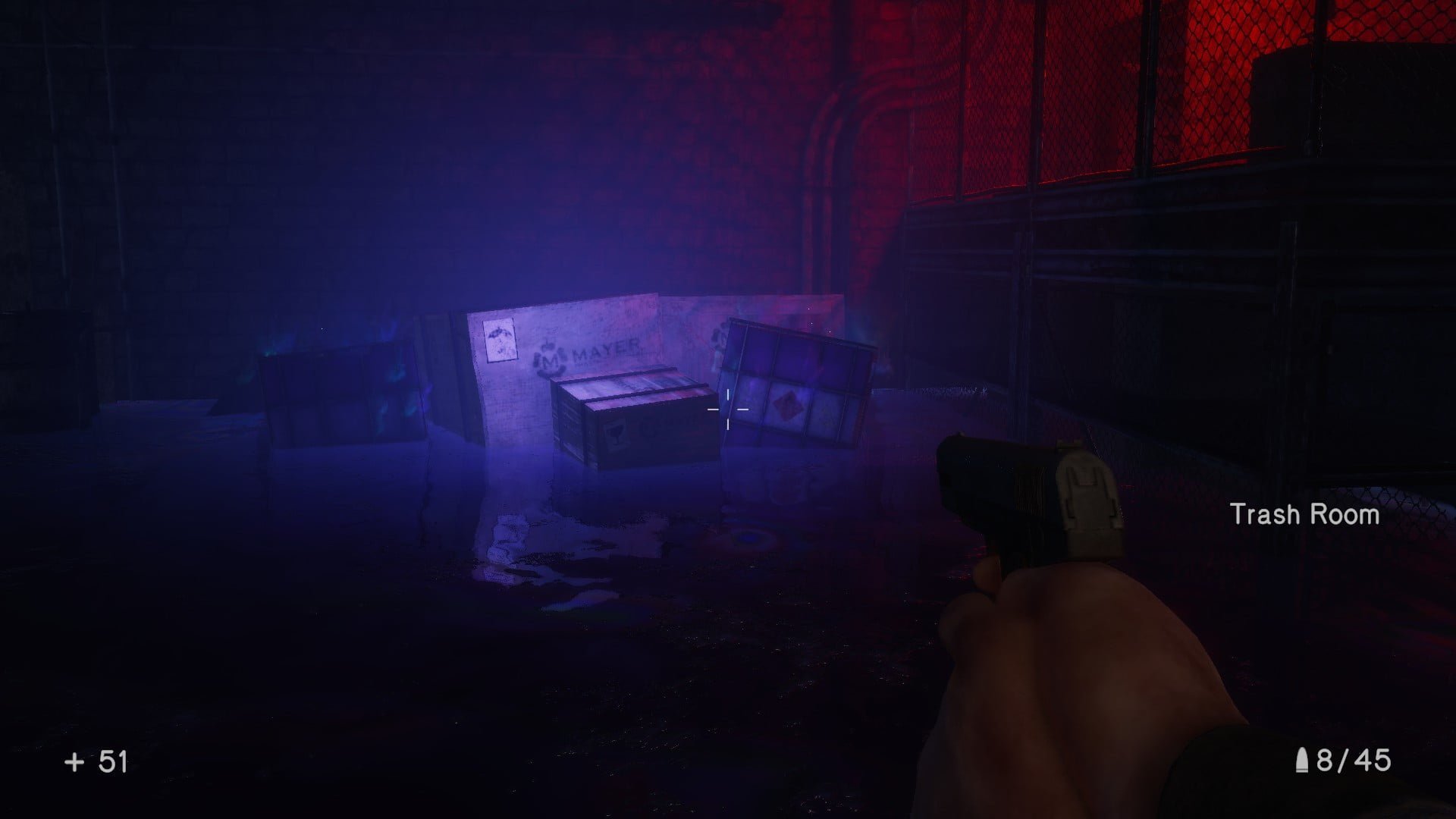 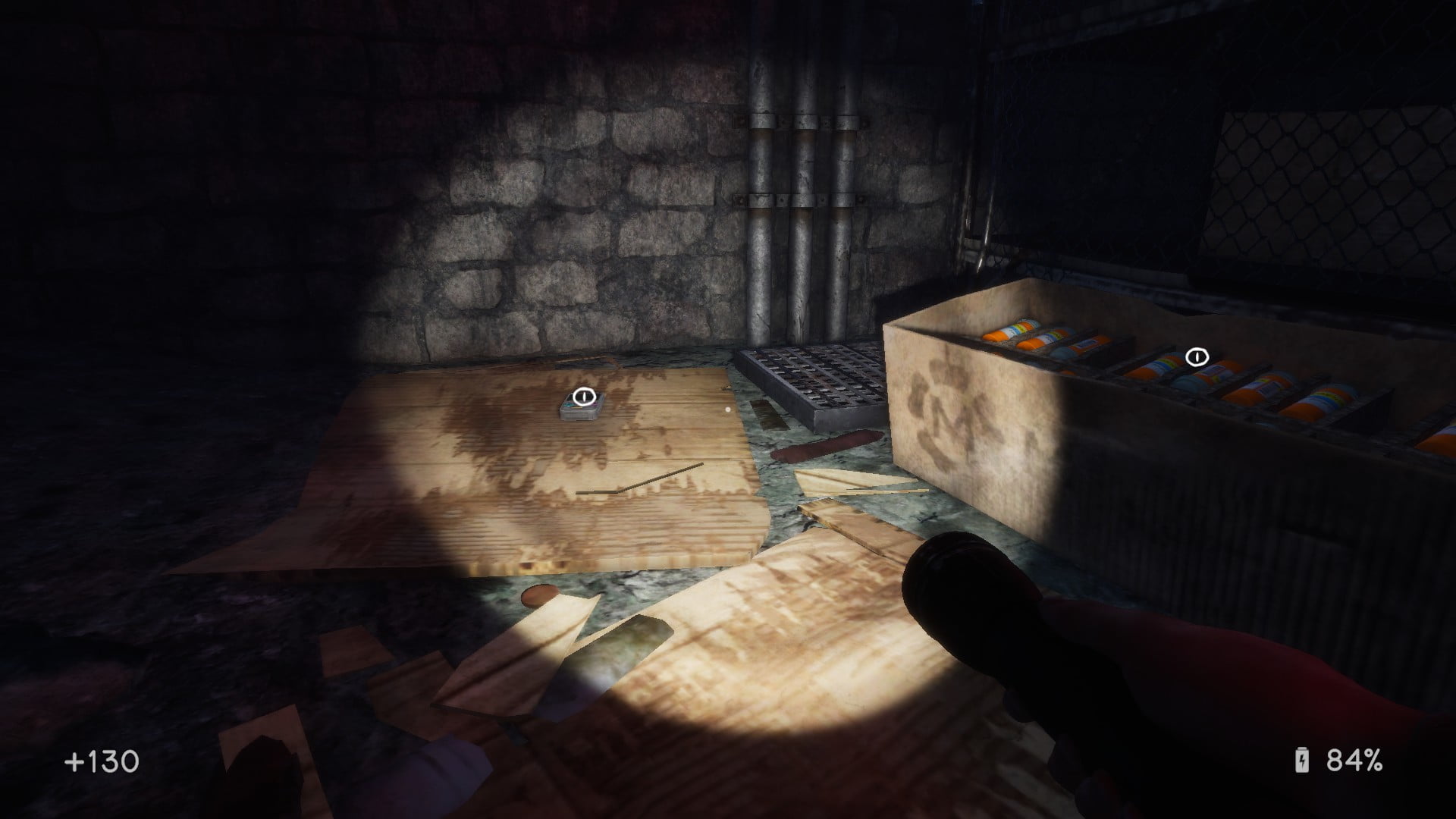 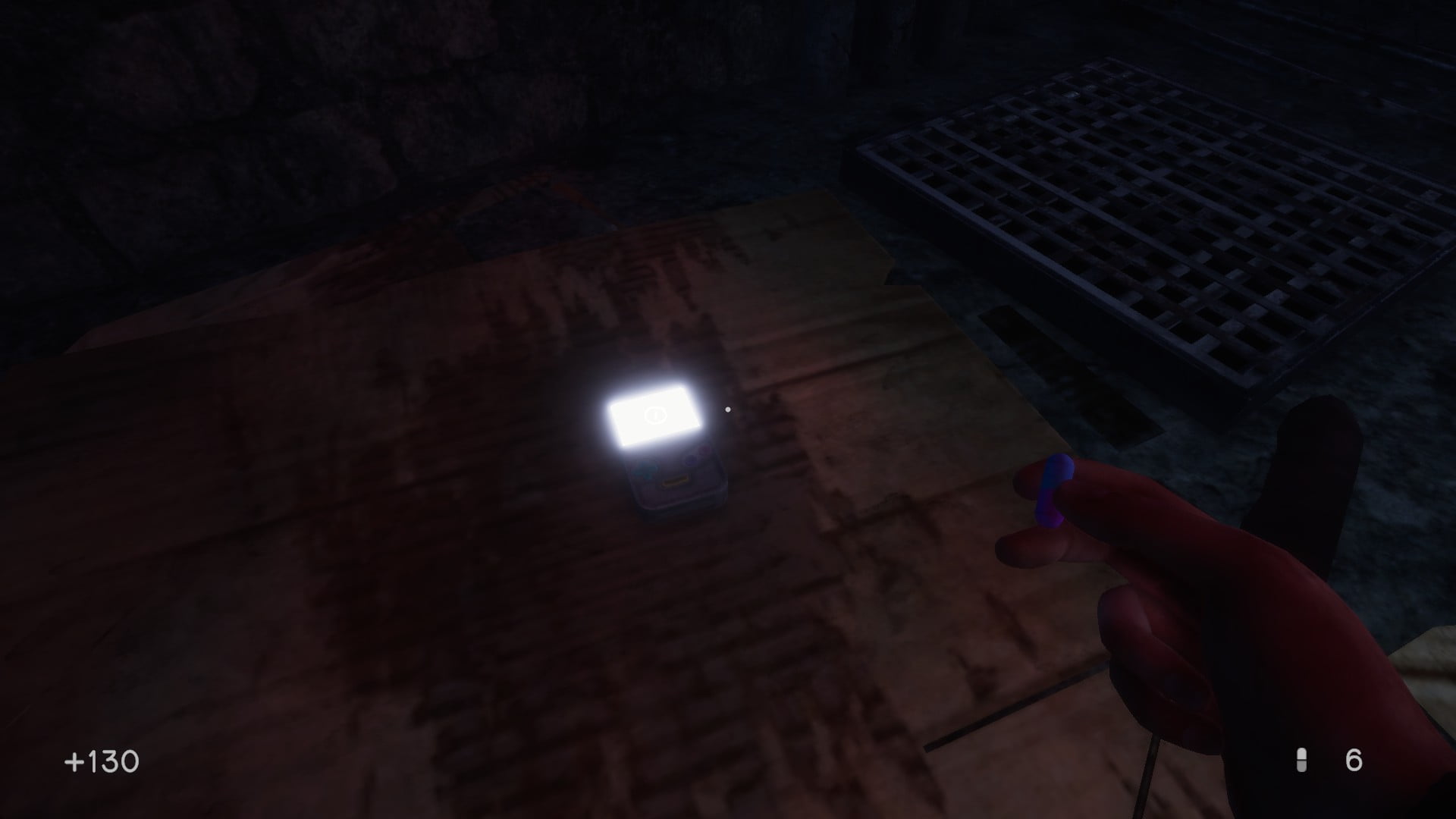 And that’s all 6 hidden tracks! I hope you’ve enjoy this silly little guide, it’s the first one I’ve ever made but it’s worth it for one of my favourite games of all time. The update encouraged me to replay this game once again and it was a really fun challenge trying to find them all (aaand missing a few, leading to hunting for obscure info and ultimately deciding to make this guide!).

I hope this helps someone out there like me, even if you can just look up the tracks themselves on YouTube now, hunting them down was part of the fun for me.