Insurgency: Sandstorm is an FPS using realistic gameplay mechanics in a confined environment that’s benefiting for a competitive or coop experience. The action takes place in the Middle East as the forces of Insurgents and Security clash in a fictional war.

Unlike most of today’s shooters, Insurgency: Sandstorm doesn’t lock guns, customizations and gadgets behind a progression system. Instead, the game provides all them from the get-go, allowing players to configure their loadout using deploy points. 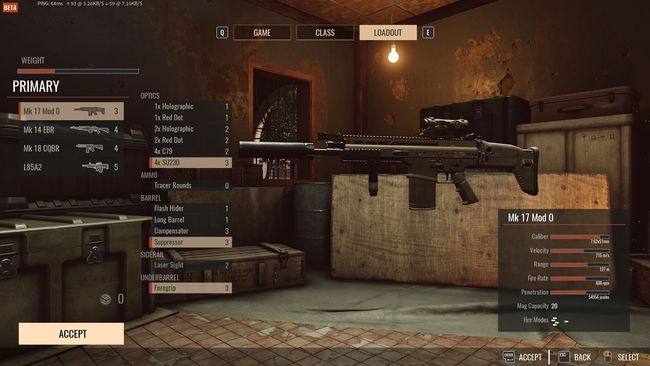 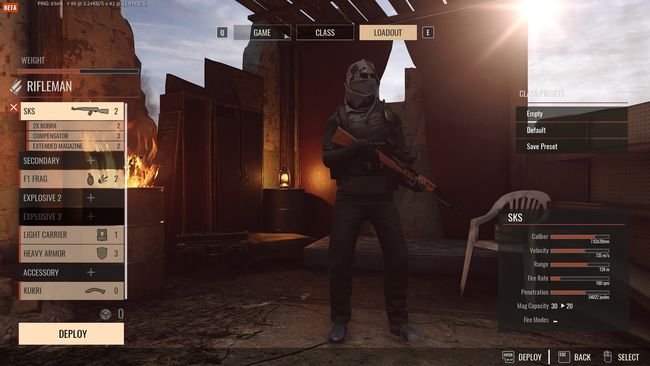 Commo Rose or the Radial Menu

Insurgency: Sandstorm is a tactical game where communication can make the difference between victory and defeat. Aside of an integrated VOIP, the game also provides a Commo Rose (or Radial Menu). By pressing the assigned key (C by default), a menu will open which features informative tactical commands. Commo Rose is extremely useful for the players who don’t have a microphone, allowing them to communicate valuable information to other teammates. 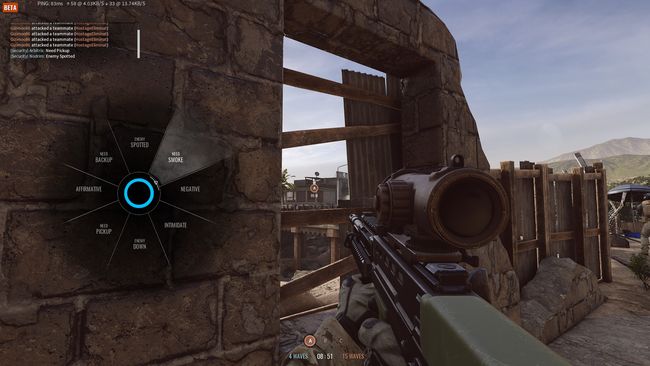 Bullet penetration is a gameplay mechanic that distinguishes Sandstorm from other games in the genre. Bullets can penetrate a wide variety of surfaces including those meant for cover like sand bags. This mechanic reduces the number of secure areas where players can camp and gives more options to the team attacking the objective. Mobility is also made more valuable as campers or players with a predictable movement pattern can be killed more easily.

Insurgency: Sandstorm’s ammo management and reloading mechanics also add to the game’s complexity. For starters, ammo is counted per magazine, not as a whole. A swapped magazine that isn’t empty will be stored for later use as there is a priority to reload full magazines first. To take advantage of these mechanics and work better with the gameplay, there are two types of reload actions.

The standard reload is prompted by pressing the key once and it can be interrupted by movement actions like sprinting or vaulting. Once interrupted, the reload has to be triggered again. For those situations where there isn’t time for interruptions, there is a faster way. The faster reload action is prompted by double tapping the key. However, reloading faster comes with a price as the current magazine is lost in the process together with all the ammo that’s left in it.

The choice between the two reload types depends on the situation. If you have the time, there is no need to rush unless your magazine is empty. However, when the chips are down, don’t hesitate to use the fast reload as it could save your life. 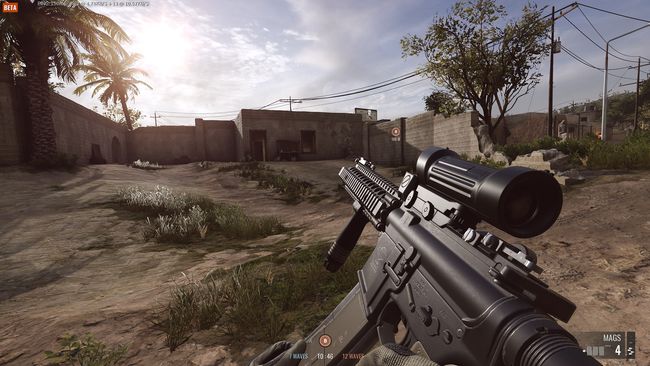 Insurgency: Sandstorm doesn’t have too much environmental interaction. Windows will stop players from vaulting through and a few objects can be destroyed here and there. However, there is one exception that works as a tactical gameplay mechanic.

Doors have a duality to them. They can block the path when rushing through or work as an opening to fire from. A door that’s standing in the way blocking the path can be easily kicked open by pressing the melee key. A door can also be used as a tactical advantage by blocking them half-open or half-closed. This can be performed by standing in the way of the door as it opens or closes. The resulting opening can be used to shoot through. 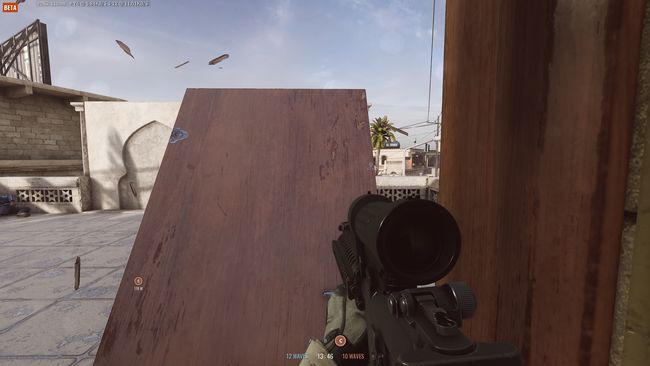 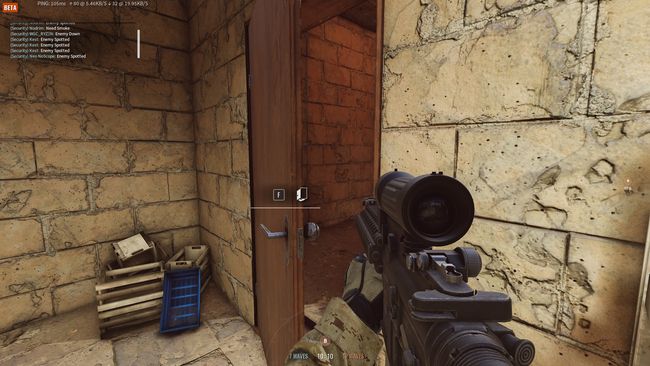 Every life counts in Insurgency: Sandstorm. The players spawn with a limited amount of supplies that differs based on their customized loadout. Supplies can run out quickly and the longer you survive, the less ammo and resources you have. If there is no resupply area in sight, you have to make do with what you find and this is where looting comes into play.

Each player drops their equipment on the ground on death. The dropped equipment can then be looted by other players, no matter the faction, and be used for their own good. This works as a resupply on the go, increasing the fighting chance of the most skilled or wasteful players. However, keep in mind that a looted gun only comes with one magazine. 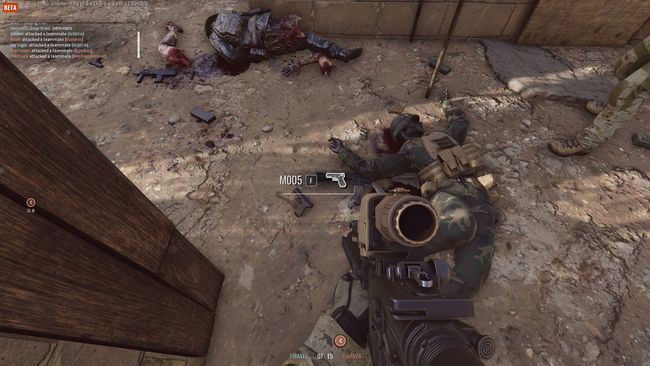 Smoke grenades are a tactical tool that’s crucial in multiple game modes. The wall of smoke generated by a smoke grenade impedes the enemy’s vision creating a path to advance through. However, there is a trade-off for advancing through smoke. The players who don’t have a gas mask equipped will start coughing, giving away their position for the enemies close enough to hear them.

In some of the game modes areas of the map will be restricted as objectives are captured and new ones become active. Being in a restricted area to your team won’t allow you to shoot, making you an easy target for the enemy. Make sure you fall back when you permanently lost an objective and don’t wander too close to the enemy’s base. 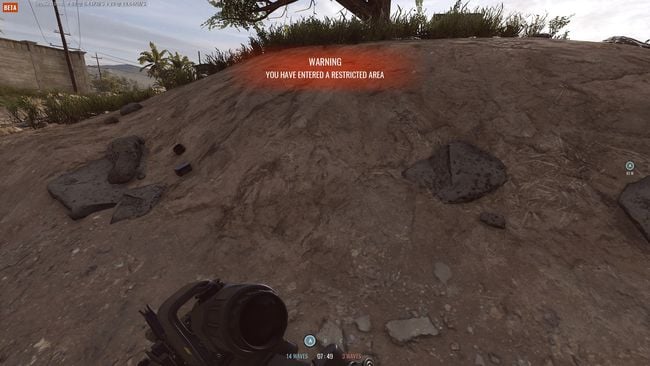 Insurgency: Sandstorm provides a fair cosmetic progression system. After each finished match the participating players gain experience based on their performance. This experience levels up the account and each new level rewards customization points which can be used to change the character’s wardrobe. 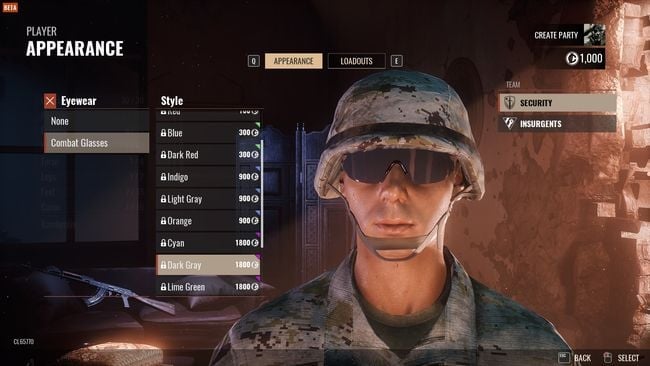