Iratus: Lord of the Dead is a turn-based tactical roguelike RPG set in a dark fantasy universe. Lead an army of undead to help an angry necromancer in his quest to reach the surface world and bring death to the mortal realms! 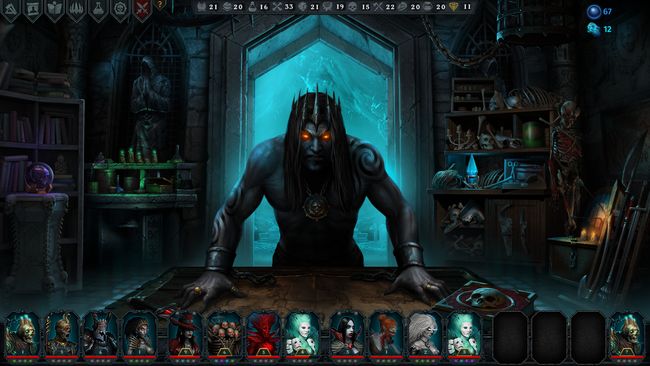 Path of the Necromancer
Complete the tutorial.

That Was Easy!
Complete the game on Cakewalk difficulty.

Most you will get over time. You can always check progress by pressing “P” in-game. The Humonarium is a compendium of every enemy you’ve killed. Just keep killing to unlock all.

Shadow Between Worlds
Unlock the Shade.
Trigger Insanity in 100 enemies.

Blood Madness
Unlock the Fallen Dhampir.
Lure five Dhampirs over to your side.

Cursed Creature
Unlock the Mummy.
Get a Minion to level five.

Wild Hunger
Unlock the Ghoul.
Deal 5000 damage to your own minions.

Renowned Researcher
Unlock all enemies in the Humonarium.

Again, you’ll get this over time by completing the adventure map. If you are going after the difficulty achievements, you’ll most likely die quite a bit and continue killing enemies to reach these easily.

Chainbreaker I
Kill 100 enemies in the Mines

Mountain King I
Kill 100 enemies in the Dwarven Tunnels

Bane of Mercenaries I
Kill 100 enemies in the Mercenary Barracks

Bane of Mercenaries II
Kill 250 enemies in the Mercenary Barracks

Bane of Mercenaries III
Kill 1000 enemies in the Mercenary Barracks

Self-explanatory. If you want to get this done easily, carry on with your tutorial save and kill all of your minions and be unable to create anymore. Killing your minions will also neat you some progress towards the other achievements as well as First Sacrifice.

I’ll Be Back!
Suffer your first defeat!

Essentially, you’ll want to upgrade all of the buildings in your Graveyard. You can see all the resources and minions you’ll need by pressing “C” and clicking on one of the buildings.

Recommended to play on a lower difficulty so your chances of losing entirely are drastically reduced.

Prepared Necromancer
Have Iratus equipped with a Weapon, Armor, Ring, Amulet and Consumable

Master of Alchemy
Learn all Alchemy talents in one playthrough

Master of Magic
Learn all Magic talents in one playthrough

Master of Rage
Learn all Ire talents in one playthrough

Master of Destruction
Learn all Destruction talents in one playthrough

You can access your alchemy table by pressing “A” in-game. There will be components on the table that you can click that allow you to transmute, distill, create, and refill mana. Simply do these things and you’ll get the achievements.

Extraction
Use the Alchemy table to create an item

Calcination
Use the Alchemy table to refill your Mana

Keeper of Keys
Defeat the Keymaster

Lord of Fire
Defeat the Pyromancer