Steps to follow to get 5 star facility rating, works on every island.

I suppose a lot of you have figured this out by now, but to get a 5 star island you will need both a high dinosaur rating and a high facility rating.

Dinosaur rating is easy and straightforward enough, but turns out that facility rating has nothing to do with how beautiful a park looks or how evenly spread out your shopping facilities are. Well I suppose you could, but that would severly limit the available space you have on an island.

For me, the 5 islands are just places I need to go through to unlock the dinosaurs and skins to have more variety on my sandbox island. And if you are like me, or just get tired of trying to remain stuck at 4 or 4.5 facility star rating on an island, this is how you guarantee yourself the 5 star rating.

This is how you get 5 star facility rating.

You are now free to use the remaining room of your park for dinosaur enclosures. Generally one or two of your highest carnivores (keep feeding them smaller dinosaurs to boost their ratings aswell) and one or two enclosures with your highest rating herbivores will do the trick to 5 star the dinosaur rating aswell.

I’ve added some screenshots because they just make guides better to understand. 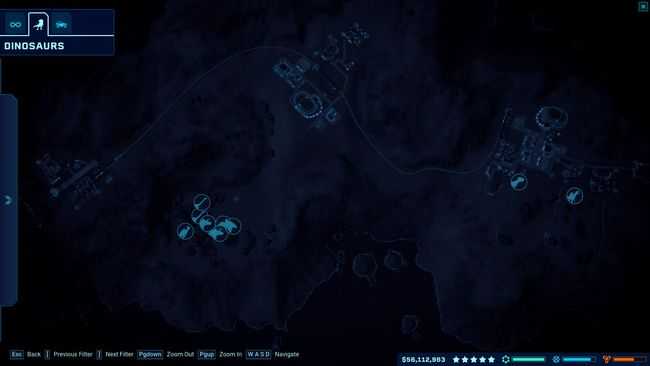 The first screenshot is my Isla Pena. Notoriously small but still very possible to 5-star.
On the left you see the entrance to the park. I only have the fossil center and expedition center there + a monorail.

The monorail goes to the center part of the island (I did use the flattening tool to make all surfaces the same ground level). There I build the second monorail station with a road going down and left, built my hotel and shopping facilities + a ranger center and my research center there.

On the center bottom is a dinosaur enclosure with some random herbivores, not connected by a road or anything else.

On the right is the final monorail station, with a plaza, a hammond creation lab and 2 carnivore enclosures. To reach the 5 star dinosaur rating, I have been feeding those carnivores chasmosauruses everytime I could. It also has another ranger station, an ACU center and two medium power plants (I believe) 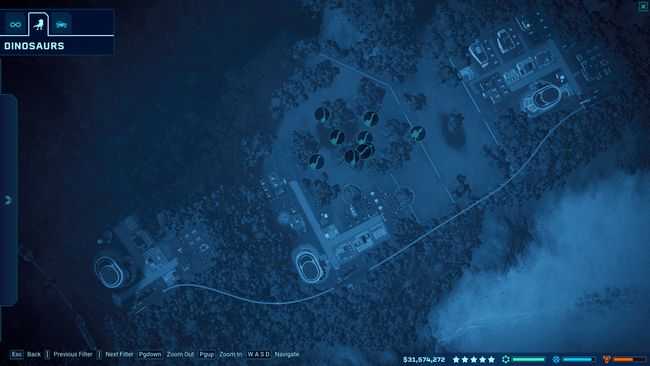 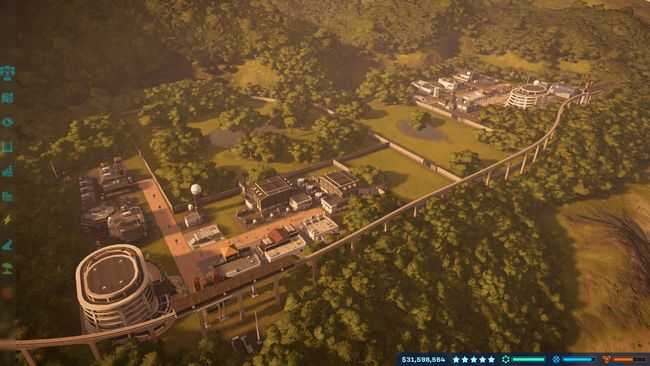 These two are my Isla Muerta. It’s less cramped here then the Isla Pena one so I did take the liberty to spread things out slightly more.

Then going right even further is the final monorail station. Again with a main street area and because I had room to spare up there, that’s where I also build my fossil center, expedition center and research center. Which meant I also needed to add one more power plant there.

The space between the two main streets are split in two enclosures, one for a high rating carnivore and one for just a couple of sauropods

As you can see here, the island has 5 stars without using the entire left and right sections of the island. (this was the last island I 5-starred so I didn’t need that many dinosaurs to 5-star this as a 600+ rating spinosaurus and a combination of apatosaurus, brachiosaurus and diplodocus was enough)