Explaining what the invasion is and how the player benefits from it. 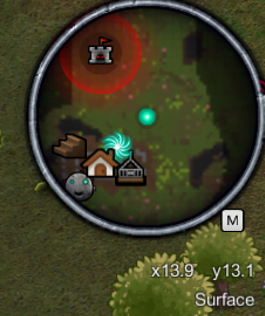 The invasion is an enemy faction sending in armies through a portal into your world.
The portal itself will be nearby the x0 y0 coordinates while the army will be invading spawn and eliminating any player friendly character it encounters.

This event happens in 3 stages, the gathering stage, the preparation stage and the invasion stage, giving the player an ample amount of time to prepare and to counter this threat.

First, you’ll be notified that an invasion is about to begin. The timer starts at 4 minutes and until then nothing happens. During this time the best course of action is to collect your traps, equipment and armor to counter the invasion once it starts. 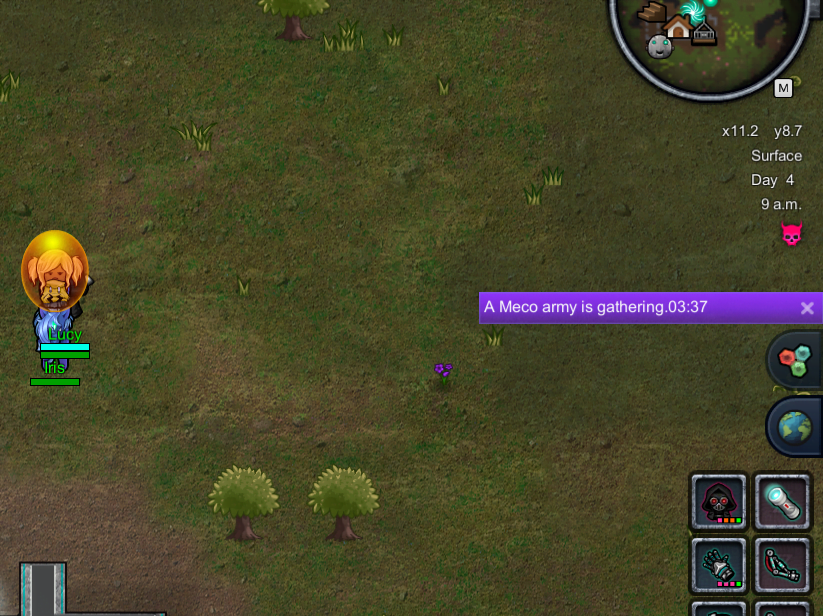 Second, the enemy will begin setting up their invasion, with the timer resetting to 4 minutes indicating how long this stage is.

The meco in particular will start building a fort with turrets, making it really dangerous if you don’t stop them asap. This stage is the best time to setup your traps and to box in the portal with walls if you plan to fight off the invasion.

If you’re in a safe position you can deconstruct the portal instead by using your pickaxe and hitting it 10 times to prevent the third stage from starting. 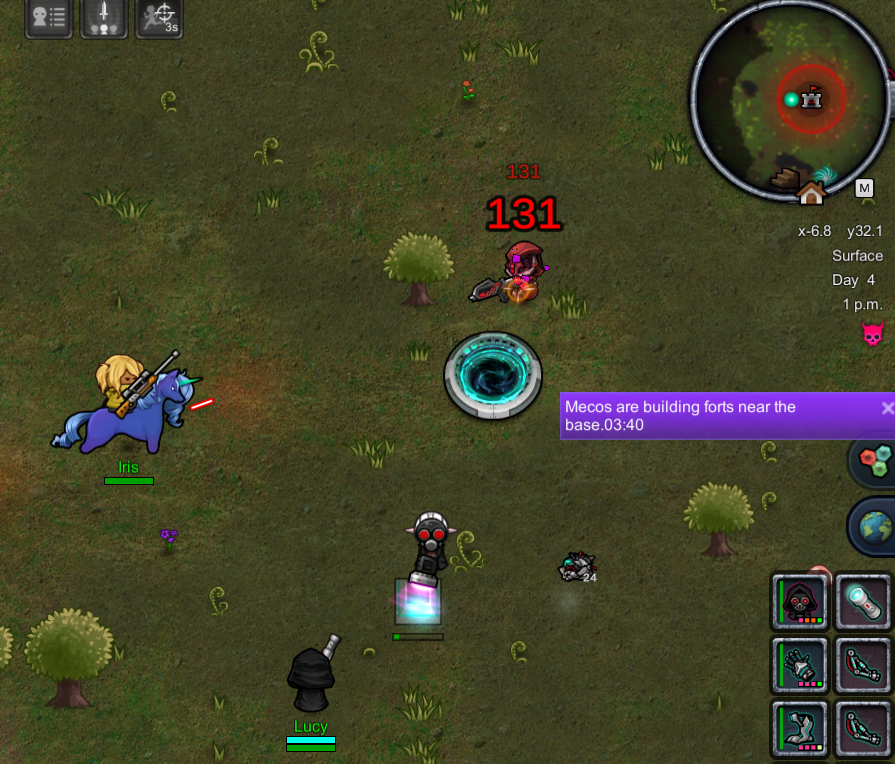 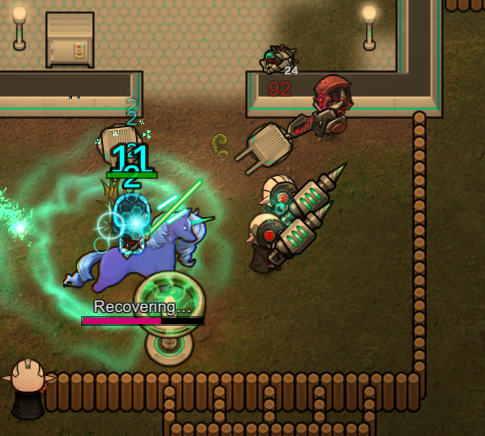 The builders themselves will keep on appearing in stage 3, destroying any walls you setup. 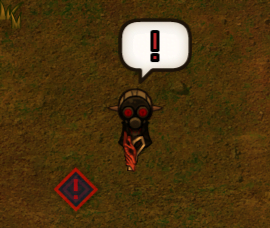 Third, the invading army will start marching into spawn and forcefully take it over, during this stage enemies will start dropping in from various location by this indicator.

The amount of troops that spawn in around the indicator is random, for goblins it was 3 at once and for meco soldiers it was one at a time.

This time the timer is set to 2 minutes, until the timer ends the enemies will keep on jumping in around indicators to attack the spawn. 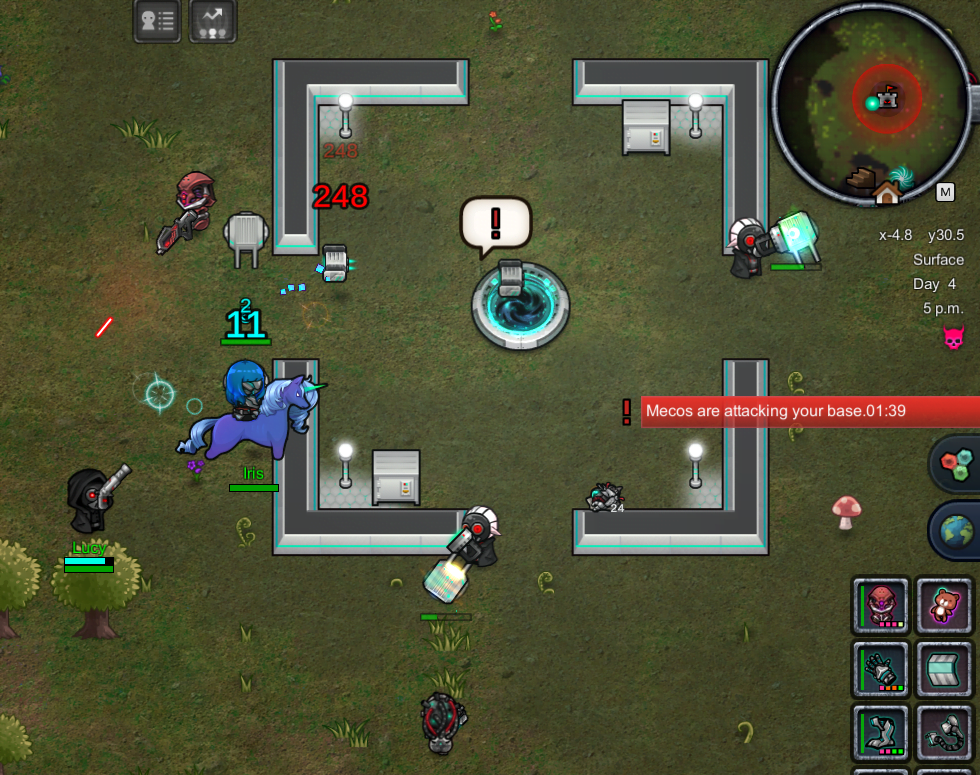 After the last timer ends the enemy will stop randomly teleporting around spawn. Though as long as the portal is up, enemies will continue to pour into your world. You can use traps and farm their materials if you decide to do so, if not you can use a pickaxe to deconstruct the portal to stop the invasion for good. 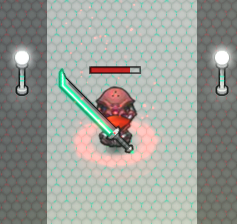 During the invasion special enemies might show up that have a red glow beneath them.

These troops have buffed hp, defense and attacks, they also possess 2 skills like the player character, making them really difficult to fight in combat. The stasis field and micro black holes are some of the skills they’ve shown to use.

As previously mentioned, you can use traps to farm portals. Defeated enemies will drop money and faction specific scraps you can use for crafting, while special enemies will rarely drop accesoires and pets. 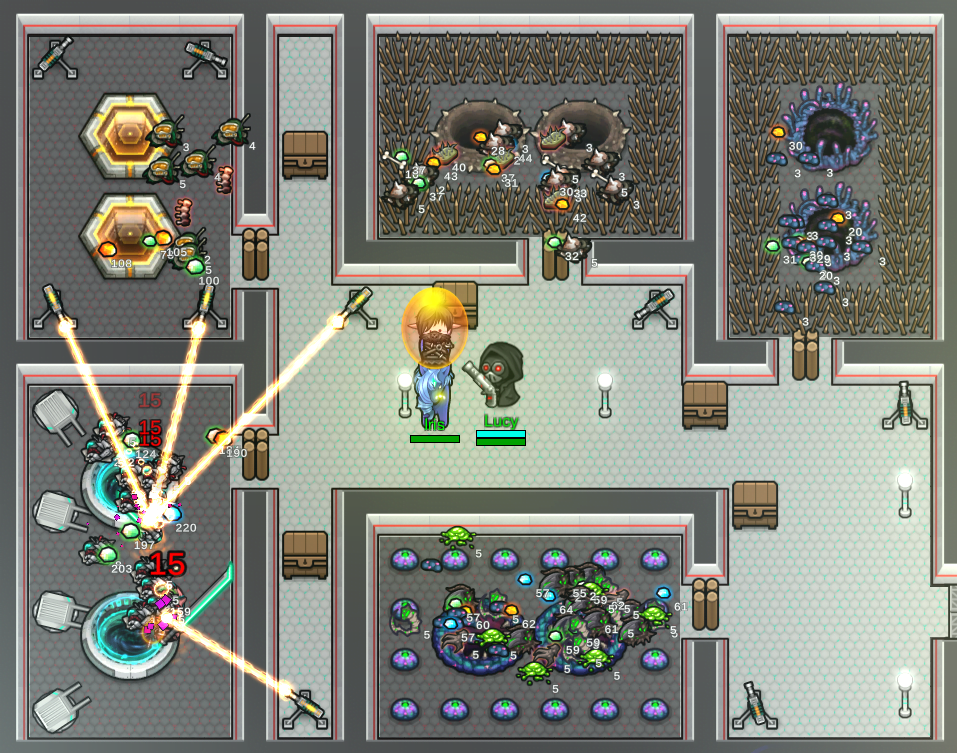 With the introduction of invasions, we’ve also gotten the option to craft fake portals to lure in naive soldiers into our traps. They can also spawn special enemies that drop rare loot upon death.
The costs per portal and trap are quite high, but the enemy drops make up for that.

Soldiers coming out of portals can open doors. If you want easy entry while preventing the enemy from escaping then consider using one wooden barricade. It only takes one axe swing to break them, making it a good alternative to a door.

Turrets are some of the nicer traps as they don’t damage the player. The grounder tractor beam in particular can shoot through walls, allowing it to target multiple portals at once.

Meco and special soldiers are quite tough so having stronger traps would help in finishing them off faster. 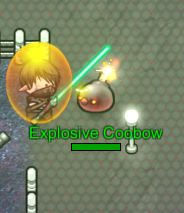 I’ve been sitting at the enemy farm for a while but the majority of drops are mostly pets and only one accesoire. For the pets that i’ve gotten: