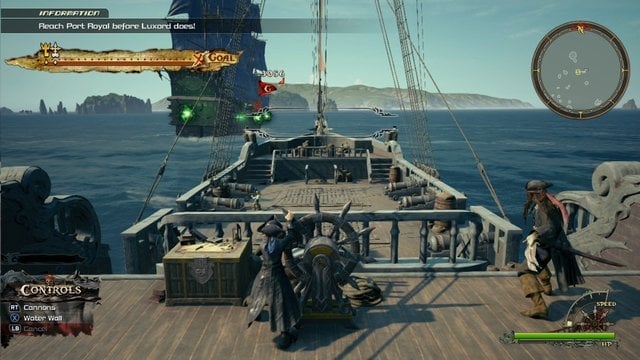 This boss fight is a strange multi-part one. The first section is a race to the finish line between your ship and Luxord’s ship. There are two main things that you need to do in order to quickly win this. First, when you start, attack the glowing cores of his ship with your cannons.

This will slow him down and let you get the advantage. Also, whenever you get the special moves that require Y/Triangle, use them immediately to get a huge advantage. Watch out for appearing enemy ships and you should win this race easily. 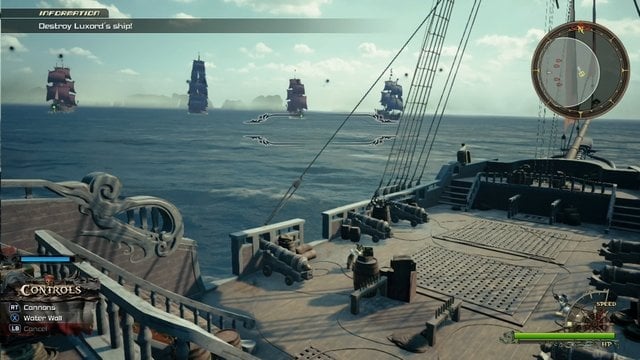 Next, Luxord isn’t so happy so he starts an outright ship battle with you. He has four ships in addition to his own. They will launch dark orbs at you. Use the Water Wall to shield against them while you approach his ships. You can easily take out the adds by aiming at their cores. Use the Tidal Wave special attack here and aim for Luxord’s ship to deal serious damage to it. When you’re not doing that, aim for his cores to quickly take out his ship’s more than 20 health bars. Once you’ve defeated his ship, it’s time for the final part. 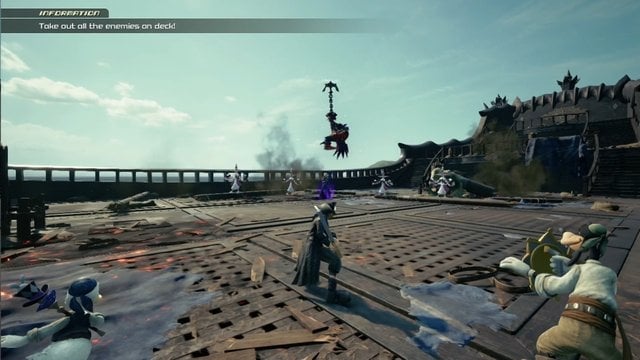 You will have to deal with a few large Heartless and the swinging ones. These are enemies you know and have dealt with before so it isn’t as big of a fight as the previous one. Defeat them and watch the ensuing cutscenes.