A collective of information regarding The Dark Lord’s Footprints, a large scale puzzle, for your convenience.

This is a compilation of information regarding the Dark Lord’s Footprints, a large scale puzzle that may stump some players upon reaching a certain area. The Dark Lord’s Footprints refer to an entity in the ruins of Eg-Lana that wandered about and did some stuff to obtain power or whatnot. The point is, he did some cryptic stuff and that leaves you to trace the footprints and solve a puzzle or two.

Each step in the guide is divided into two parts, Hints and Solutions. Preferably, the Hints section is all you should read, but if you really need the Solutions, there you go.

This guide assumes the following spoilers are known to the player:

Upon reaching the Dark Lord’s Mausoleum, one way or another, you may find yourself coming across this room. 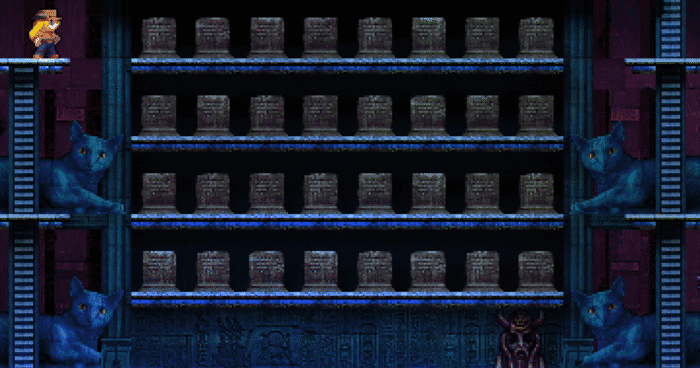 A room strewn with a bunch of tablets, some enemies (3 Ba, 1 of those draining enemies) if you’ve been thorough with Guardian extermination, a Bust of Ymir, and 4 Bastet statues (cats). Based on this layout, you are to assume you’ll have to chant a certain Mantra, and that the solution is in at least one of these tablets.

Except there’s a lot of tablets.

At the very least, you have two tablets (Row 3, Column 4 and 5) that clearly state what you need to do:

So, basically, you have to figure out the correct order of 5 mantras at the Bust of Ymir in order to open the path onward. But, what could you possibly look at to even begin?

Explanation of the solution here:

As you might have guessed, those large square murals you’ve seen in the ruins are, collectively, the Dark Lord’s Footprints. Each map possesses a set of icons that correspond to a specific tablet, hinting which mantra you are to incant in from the of the Bust. Each one is also adorned with a La-Mulanese number, which indicates the order in which each map step should be considered.

The murals are located at:

*Due to the nature of the Gate of the Dead, make sure to compare the orientation of the symbols with that of the other areas. That said, if you incant that result, you’re not exactly wrong…

So with all this collected, you can then determine which mantras to read and the proper order to chant the Mantras in; if you’re missing the mantra, go explore a bit more.

If you have the Race Scanner app, note that the solution tablets are all by the 1st Child: Kotoamatsu.

The outright solution is:

This will open the path to Aten’s Room, which, if you’ve been talking to a certain Ra everywhere, will also lead you to the Ankh to deliver retribution to the jerk.

Although the solution for this puzzle comes into fruition later, this can be done immediately after solving the above puzzle. It may have been solved previously if you didn’t record the proper map.

Spoilers in this section are considered mid-late game spoilers.

So you’ve managed to solve the above puzzle, and opened the path to Aten-Ra, possibly moving even further onward. Eventually, you might find yourself at a standstill.

So, yes, you’ll have to return back to the tablet room once more. There is, indeed, more to the incanting in this room, as the Bust’s eye is still lit. But what?

Simply incant the same first 4 mantras as with the Aten’s Room, but switch the last mantra (Earth) for where the Gate of the Dead’s La-Mulanese number is when flipped vertically.

In other words, more straightforward:

As for what it opened: This will slightly open a room to the left that you will have to crawl into: The Room of Judgement. Hopefully you’ve been paying attention, regarding this room.

Late game spoilers from here on out. 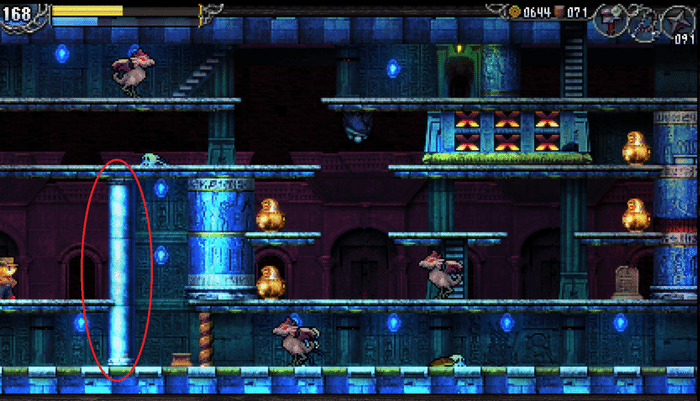 So, by this point, you should have entered the pyramid, now eligilbe to its secrets as you hold both the Pyramid Stone and the Destiny Tablet, as well as figured out that, yes, that is indeed a pillar you can swing around.

So, you’re stumped. But, hey, least you have a map.

At this point, you have all that you need. Return to the tablet room and compare your map again. At the very least, you’ll have to consider a few things.

As you’ve hopefully ascertained, the Pyramid is a means of returning to Nibiru, the origin of the Sky People in the stars. As such, you should have to follow the Star points on the maps you’ve collected. This time, make sure the Gate of the Dead map is aligned upright, with the Mulanese pointing at Earth.

In case you’re too lazy, the solution reads:

This is for the lazier people who want to have the materials to solve the puzzle without outright solving it.

In case you don’t want to renavigate to the areas for the map, here is a compilation of all the images you will need. 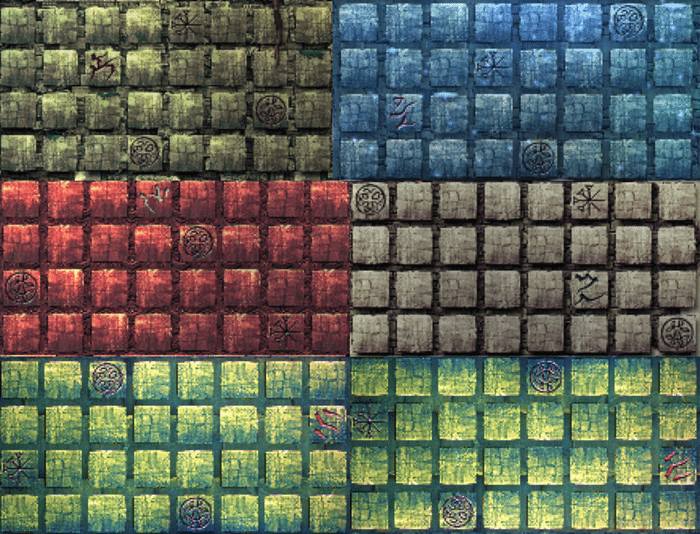 Thank you for viewing this guide, although hopefully, all you needed were the hints. This game is best played as blind as you can, but I understand not everyone can deal with that.