There are 12 Black Cat Stakeouts in Marvel’s Spider-Man (2018). This guide shows the locations and solutions to all of them.

The first one is part of the story and unmissable. The remaining 11 get marked on the map. Finding them is therefore quite self-explanatory. The harder part is finding the Black Cat’s hidden dolls that are scattered around the city. Once you reach the photo spot, you must find the hidden doll in the viewable area.

Look down and to your right, and on the top of the building with the blue roof you’ll find the black cat poking its head out of a skylight. Nearby is graffiti of Black Cat’s face – a bit of a narcissist, isn’t she?

Pan the camera to the north east to the roof that’s decked out in graffiti (in particular a rather big eyeball-shaped piece). In one of the pyramid-shaped skylights is the black cat you seek. 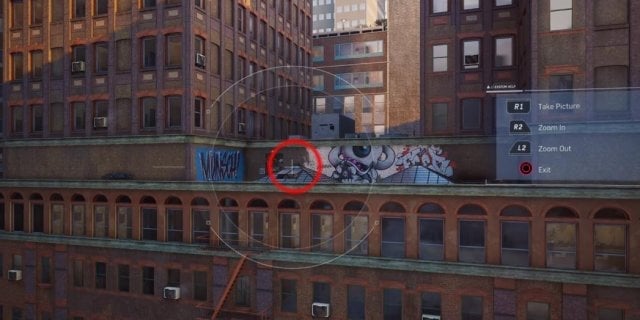 Swing the camera to the southwest to the red brick building that’s in between two white buildings, with two trees atop of it (it’s behind the building with the blue roof). Zoom in to its roof and you’ll find the last black cat hiding in an open door. 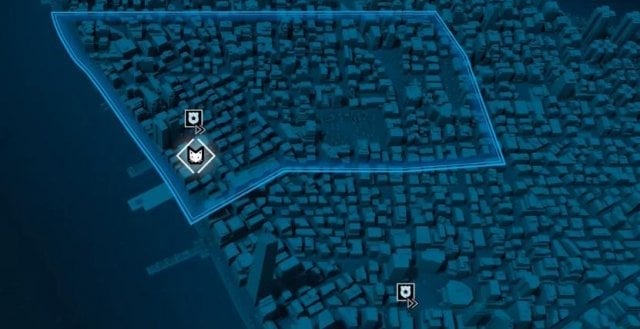 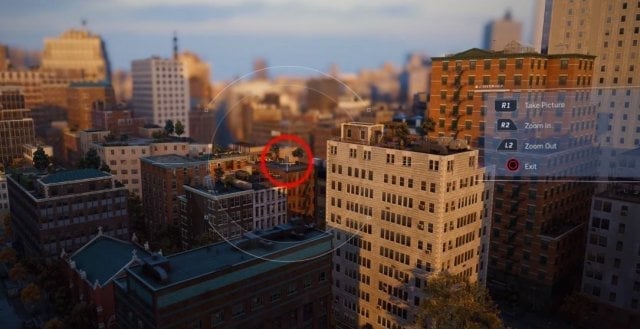 Move the camera north east up from the parking lot, to the area of the building that’s smothered in graffiti. There’s an area below where the black cat is hiding that’s strewn with white, with a turquoise and pink bit of graffiti to the right and a yellow tag to the left. Zoom in between these two bits of street art to find the glinting black cat. 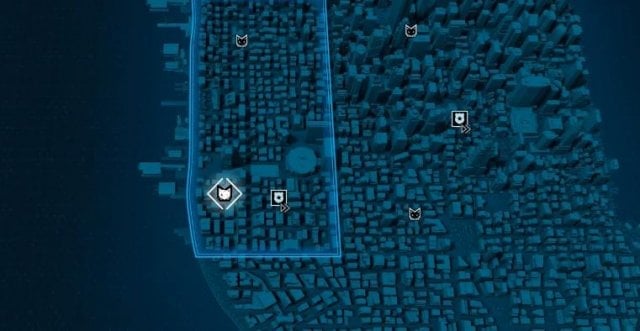 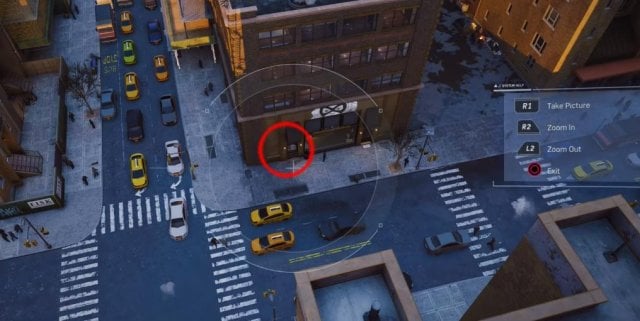 To find this one move the camera to the right, and zoom in on the small redbrick building with the skylights on one of the towers. Just behind it is another tower with a big picture of Black Cat’s face, with a small cat hiding in the doorway beside it. 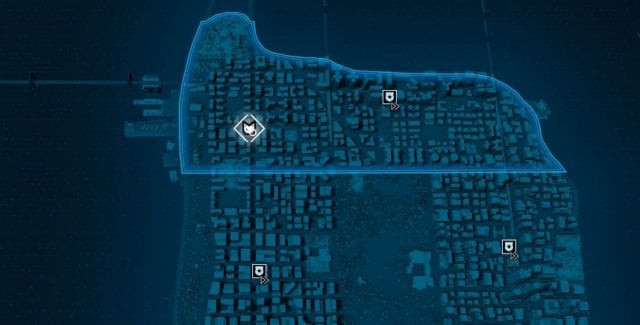 Move the camera down and zoom into the eastern side of the building with the blue dome, where you’ll find a big picture of Black Cat and one of her felines hiding in a door.

Look upwards, directly north, and zoom in on the rooftop of the building with the pool. Near the skylights you’ll find a black cat poking its head out of a skylight and that familiar feline graffiti.

Swing the camera right and zoom in on the white building with the patio decked out with trees and a rooftop garden. There you’ll find Black Cat’s graffiti, and just below it there’s a feline hiding just behind an open door. 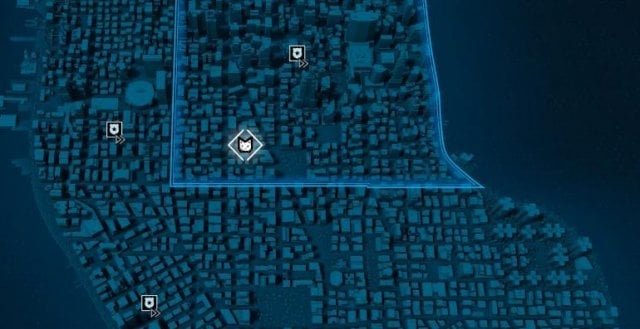 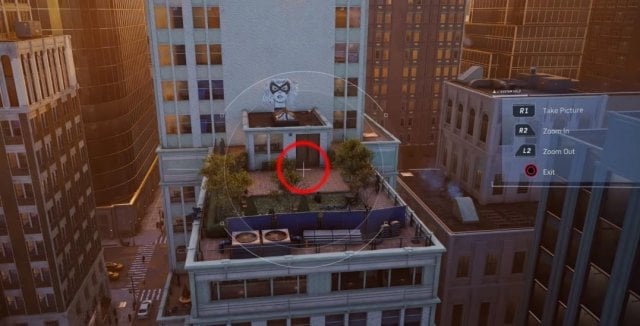 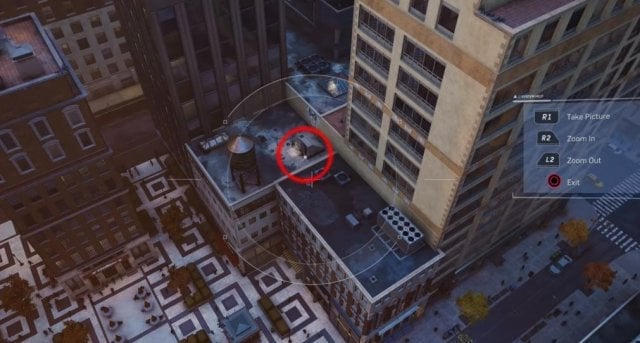