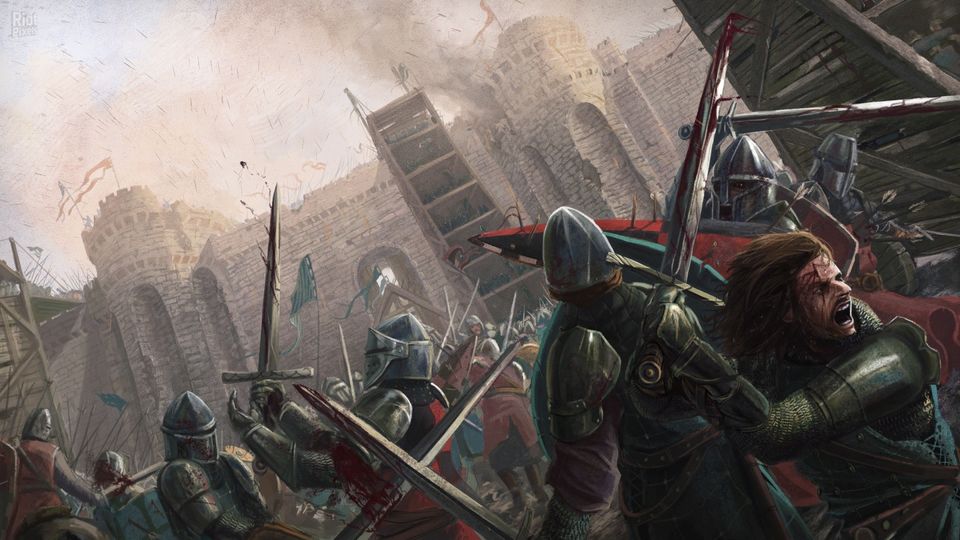 This guide is designed to give you a feel to the basic mechanics of the game. At the end of this guide you should be able to build a positive economy city and know how to create an army. This guide is not official and is subject to change as the game is still in early access.

For this guide I will begin with the Dutchy of Austria (I do not recommend the England faction as it beings with multiple enemies.). Make sure to change the difficultly levels to easy if you wish. If you do not change them the difficulty will begin at medium. The game begins with a small story of the beginning of whatever faction you choose to represent. After the short story a prompt will appear. You have 3 options to choose from. Read them and choose whatever you feel is appropriate. The answer does not really affect anything important.

You begin the game on the world map. The first thing you need to do is enter your city. In order to enter your city, left click the yellow banner over your city that displays the name. Then select enter city. Once in the city, you will begin at your Manor. The manor is basically the heart of your city as once it is captured you lose the battle. Left click the manor and train 3 serfs. This should give you a total of 6 in your main city. Serfs can gather resources such as food and lumber. They also increase the productivity of Iron and Stone Camps.

Left click and drag your mouse to draw a square around the 6 serfs. Once selected. Press Control + 1 simultaneously. This will group the 6 Serfs to the 1 key on your keyboard. (Any Number can be selected 0-9). Next, we need to assign the serfs a task. This can be done one of two ways. Either select the unit and click the pick axe icon to select the task you want to assign. Or you can select the unit and right click on whatever resource you wish to harvest. Select the Serfs by pressing the 1 key. Right click on the trees located within your city gates to command the serfs to start chopping them down.

Next, we need to locate a city building plot. There should be a plot nearby your Manor. ( It looks like a small construction site). Select the building plot and choose the Town Build menu. In the Town build menu, select and build a barn. Barns are good for the economy of your city and allow for you to train livestock to receive a food trickle boost. Once the animals are fully grown you can task your Serfs you trained earlier to slaughter the animals for food.

Now that you are familiar with grouping and building, locate the remaining building plots within your city. Build 1 iron camp 1 stone camp 1 store house and 1 barracks. If you tasked the serfs to wood gathering as previously stated, by this time they should have collected a few thousand lumber for your city. The barracks may take a little time as it requires 1450 stone to build. To speed this process you can upgrade the stone camp via the stone camp menu by left clicking on the stone camp building.

After these buildings are built you should have an excess of lumber on your hands. If your starting city does not begin with palisade walls, I suggest you build them asap. The first palisade for upgrade costs 700 iron and 7 wood per segment. You should have plenty of these resources saved by now. In order to construct the palisade, Look to your mini map. You will see blue markings on the mini map and these indicate the wall menus. After you click one of the blue markings you will notice a red and white tent. (sort of looks like a circus tent). Select this for the palisade options.

Train Troops And Build An Army

Once the buildings are finished and upgraded however you like you can begin training troops. (I recommend upgrading the Barracks to at least level 2 as this increases the troops starting level). Your starting army should have 7 free slots for troops and your city should have 14 free slots. I recommend training a mix of billman and maceman for both armies. If you run low on food to train troops task your serfs to slaughtering animals once fattened. Make sure to keep the animal supply full through the barn training menu. Once you train troops for you starting army you can transfer them from your city to the army. In order to do this, press the world map button in the top right of your screen. Select the army near your city, then select transfer units on the armies menu. Once your armies are full you will be ready to begin besieging other cities. I recommend that while on the world map ALWAYS have the game paused unless you are moving an army or looking for a fight. The enemy AI increases as the years go by and they will send stronger and stronger enemies at your cities.

This concludes the goal of this tutorial. You should now be able to build a positive economy city, build an army, and successfully attack enemy forces. Remember that this is not an official guide and is subject to change as the game is still in early access.